Warning: Use of undefined constant download - assumed 'download' (this will throw an Error in a future version of PHP) in /home/thepow29/public_html/wp-content/themes/academy-pro/functions.php on line 670

Note of caution: this is a list of the best manipulation books, but the authors of these books do not necessarily endorse manipulations.

Most of the authors are indeed against manipulation.

However, the information contained in these books can be potentially used for manipulation.

Or it can be used to learn about manipulation, persuade people to accept something that will also benefit them and to defend against manipulation.

This website was born to empower readers.
This website teaches readers how to stand up for themselves and how to defend against abuse and manipulation. 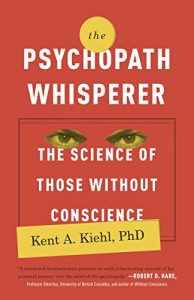 This is both the most entertaining and the most informative book I have read so far to understand psychopaths and psychopaths’ psychology (albeit with a caveat: the author mostly focuses on psychopaths in prison, hence never forget that the sample is skewed).

And since psychopaths are constant liars and often abusive and manipulative, you can learn a thing or two here on how to protect yourself -including a few crazy and/or entertaining stories-.

Also great to understand psychopath’s and sociopath’s manipulations check out:

If you catch them to lie, you have to be willing to call them on it and see how they respond.
Just sit in the chair closest to the exit in case you piss them off. 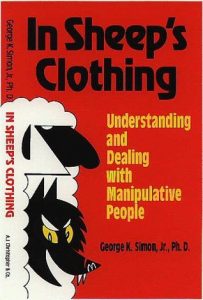 This is by far the best book on manipulation when it comes to the psychology of social manipulators, power-hungry men, and covert aggression.

Covert aggression, by the way, is aggression in disguise, which strongly overlaps with manipulative behavior.

“In Sheep’s Clothing” is also one of the “The Power Moves recommended books”, and you will learn manipulators’ psychology, their strategies, and a few defensive techniques.

Evil arises from the failure of owning and disciplining one’s own basic instincts. 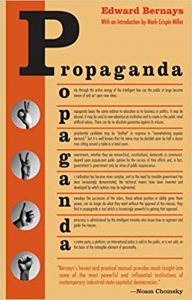 This is where it all started when it comes to books on manipulation.

Propaganda is manipulation from the top to direct the masses.
And albeit it’s probably not true that anyone can single-handedly instill thoughts, values, and beliefs in a nation’s mind, it’s certainly possible -and likely- that many people can be heavily influenced.

Bernays didn’t have the means or the access to the researches and studies we have today, yet his own observations are sometimes so prescient and accurate that it feels like this book has been written in the Trump’s era.

This is my own quote from a collage of this wonderful classic on manipulation:

Universal literacy was supposed to educate the common man to control his environment.
“Once he could read and write he would have a mind fit to rule”. Or so ran the democratic doctrine.
Instead, it gave them propaganda. And an easier way for the masters to control him.

#7. The Art of Deception 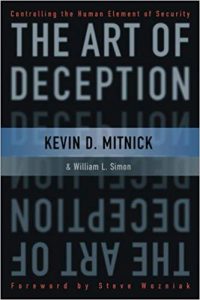 This is the best book I have read about social engineering.

Anyone interested in manipulation, and let alone anyone who’s working in security and IT security should get it.

There are tons of example of actual manipulations and albeit some of them are so simple and straightforward… A surprising amount of times that’s all you need to trick most people.

A good social engineer never advertises his skills and knowledge.
You always want people to underestimate you, not see you as a threat. 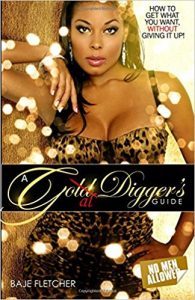 By B Fletcher
Summary | Amazon

It says “goal”, but it’s actually a handy guide for gold diggers.

Baje Fletcher, the author, shares the autobiographical stories of her heydays as an actual gold digger, including tips and pieces of advice on how to be the best gold digger you can (lol to that).

I wouldn’t want to be in any of these guys’ shows, as the author swear by getting all the money and gift she got “without ever giving it up” :).

Ask him “what are you drinking”, and if he doesn’t offer you the same, drop him immediately. 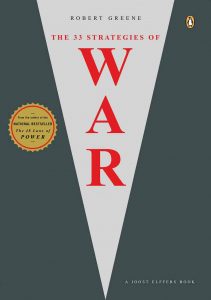 Not just war as in pitch battles and armies, but also daily war and manipulation with passive aggression, shenanigans and mind-fuckery.

Typical Robert Greene, and I personally rate it higher than “The 48 Laws of Power”. 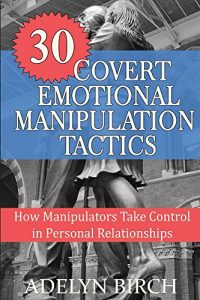 By A Birch
Summary | Amazon

Brief and to the point, this is the best overview of manipulation techniques in relationships.
Needless to say, we are talking about abusive relationships here so get this book to learn about the relationships that you must avoid.

A loving relationship doesn’t hurt you.
Pretty obvious, but you’d be surprised how many people need to be reminded that.

#3. The Art of Seduction 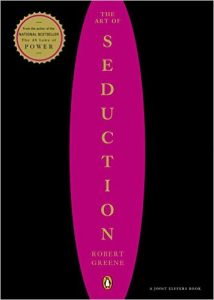 Greene again.
When it comes to power moves and the best manipulation books Greene cannot be over-represented.

The Art of Seduction was my favorite Greene’s book before The Laws of Human Nature came out.
Now they’re both at the same level :D.

The Art of Seduction focuses on sex as a weapon for influence, but also includes social charm as a tool for manipulation.

There is too little mystery in the world; too many people say exactly what they feel or want.

#2. How to Lie with Statistics

I am sure that there are many among you who ended up here looking for some sort of secret NLP wisdom.

Maybe something like “how to hypnotize” or some other covert manipulation techniques to control minds.

Then you put your shoes back on to go out, you brush your teeth and wash your hands… And you’ve likely already been the victim of manipulation 3 times without even realizing.
Make it 4 if you also get chewing gum and make 5 if you used some over-the-counter medication (and slap yourself if you used some counter-productive spray for sore throats).

The biggest manipulator in this world is marketing.
And the second is “scientific data” and researches.

Both data and research hide behind a firewall of trust and credibility lent by the high authority that our society grants to numbers and data.

And don’t get me wrong: science does deserve that trust and respect.

But on top of behind far from infallible and nowhere near “the truth” as many believe, data and numbers are also extremely pliable to manipulation.
And brands, dumb journalists and unscrupulous scientists “massage” data and numbers to manipulate people day in and day out (brands and scientists at least, the dumb journalists simply help the manipulation by parroting that data without even understanding it).

“How to Lie With Statistics” makes it to #2 spot of the best books on manipulation because it calls out some of the most insidious manipulators of them all: those that sway you with a white coat, coming out of a scientific lab and carrying a bunch of charts and data.

No Logo is a greatly underappreciated book.

Many rejected it out of political ideology, branding Naomi Klein as a tree hugger, left-winger pie in the sky lady with a mid-life crisis.

And some of the most cynics thought of her as an author who’s getting rich with the same capitalist system she criticizes.

Well, as far as I know, those critics might even be right.

But that’s not the point.

Some others in the academia and in the “hard sciences” skipped “No Logo” because the methodology is mostly unscientific.
And for those who followed the “no logo” credo, well… We might even argue whether a world without logos might even exist.

So yes, “NO Logo” critics do have a point.

But the criticis also don’t get the point.

To beging with, it’s one of the best books on marketing I have ever read. Much more impactful than any marketing gurus books such as, say, Buyology, Triggers or Made to Stick.
And the vastly popular “Start With WHY” built on “NO Logo”.

Second, it will help you get rid of the brands’ and marketing’s yoke.

Third, it wil open your eyes on the biggest manipulation occurring in our current society.

Because Ms. Klein makes you feel, at a visceral level, the astounding power that brands can exert on the psyche of millions of people.

No Logo is the book that, better than anyone else, truly uncovers the manipulative power of marketing.

Let’s not forget the thousands who waste a day of their lives queuing for the “privilege” of dropping a thousand dollars on a phone they don’t need which is no better than the one they already have.

And they’re proud about it!

If that’s not the best-executed manipulation, my friends I don’t know what it is!

And of course, that’s only the tip of the iceberg…

Scott Bedbury, Starbucks’ vice president of marketing, openly recognized that “consumers don’t truly believe there’s a huge difference between products,” which is why brands must “establish emotional ties” with their customers

Those “emotional ties”, my friends, are manipulations.

Social Power, this website’s flagship course, contains all the information in these resources and many more.
It teaches you how to be a high-quality man (or woman) who commands respect and naturally influence people.
You will learn how to handle manipulation, abuse, aggression and, when needed… How to wield the power of aggression and manipulation (for good causes, hopefully).