In Brandwashed (2011) brand consultant Martin Lindstrom’s talks about the games and techniques that corporations and marketing departments use to persuade -or manipulate– consumers to buy their products.

Martin Lindstrom uses lots of examples, anecdotal evidence, and plenty of humor. I will skip most of them in this summary.

The author says that fear and guilt are the marketer’s 1-2 punch.

And the easiest target for fear and guilt are mothers. Particularly new mothers.
For new mothers the world has become a new giant trap and, the author says, “you have never seen germophobia until you have seen a new mother”.

Marketers exploit it by pitching sanitizers, humidifiers, car seats, bigger cars, digital monitors any many more.
Some of these products do little, and an excessive war on germs is possibly counterproductive by lowering the babies’ immune system.

But if mothers don’t buy the latest technology, they feel guilty.

These are ingredients that are similar -or the same- as frozen or prepackaged meal, but by simply combining them themselves, she feels like she is being a better mother (for separate dough, mozzarella & tomato sauce to give the appearance of a home-prepared pizza).

Hotels put a thin sheet of paper on top of glasses and toilets to give the impression they have been sanitized and cleaned or, even better, that they have never been used before.

The author mentions a hotel worker saying that glasses are barely rinsed instead.

Martin Lindstrom says that many seals on the packaging are useless and only serve to give the consumer the (fake) feeling of freshness.

Heinz, producer of ketchup, leads people to believe that the ketchup bottle should be refrigerated after opening.
That serves to give the idea that ketchup is prepared from fresh tomatoes, but it’s not -and it doesn’t have to be refrigerated-.

Restaurants, including sometimes some McDonald franchises, use green leaves and fresh tomatoes and vegetables behind glass displays.
Smoothies stalls show fresh fruits even though they might not use fruits at all, and fruit juices packages place perfectly photoshopped fruit images on their carton -albeit they’re more water and sugar-.

Shampoos and cleaning products also use fruit aromas, albeit they don’t clean any better and don’t even use fruits at all.

Placing frozen fish on ice cubes also increases sales, albeit the ice cubes do exactly nothing to increase the freshness and quality of the frozen fish.
In some countries people actually believe that frozen food is fresher thanks to clever marketing pitching freezing as the best way to “freeze the freshness in time”.

Lindstrom says that sex sells also within the same gender.

You can use appealing males to sell to men who want to be more like them -and, also, partially out of homo-erotic feelings says the author-.

He then analyzes the phenomenon of boy bands and says that they are all similar and also appeal to older women.
The appeal for older women is not just sexual, but it’s part sexual and part reminiscing of their teenage years.

My Note:
My previous knowledge clashes with what the author says.

The story of the Axe sex perfume was one of the most captivating for me.

The marketing team of Axe started by finding out that the biggest male sexual fantasy is being in a hot tub surrounded by 3 or 4 naked women.

Then went out with different to study the different approaches they had when meeting members of the opposite sex.

Through a process of segmentation, they clustered men into six different psychological profiles:

Here is an example of commercial:

In the end, the commercial worked too well and was bought too often and too much by novices that it came to be linked to losers and nerds.

When a brand becomes too popular, it can backfire as we saw in the Axe example.

When a brand becomes too widely adopted, it becomes in danger of falling into the “generational lap”.
Such as, the new generation seeks to disconnect itself from the previous generation, and refuses to buy the same brands that their parents buy.

Martin Lindstrom says that Asian countries are more Brandwashed than Western ones.

I agree with him.
He says it’s because the culture, being more collectivist, places a higher emphasis fitting and being part of the group.

Society and our friends play an even bigger role in inducing conformity and in shaping the individuals’ choices.

The author calls it “herd mentality”, and while I loved his honesty, I think that cost him in terms of reviews and ratings.

He says that brands are also stronger where money is “new”.

Those places, like Russia and China, are more insecure and they need brands and expensive brands to make up for their past.

The Most Powerful Persuader: Other People

Martin Lindstrom ends the chapter with what he says is the biggest persuader of them all: people.

We are animals, and we look at what others buy and we listen to what others say.
Mostly, we tend to look up to people we admire and who have a strong reputation within our network.

There are a few more marketing tricks and manipulations companies deploy, including:

Malls and shops produce and release smells strategically to compel shoppers to buy.

The author says that the younger we are when we start using a product, the more likely we are to keep using for years to come.
Cookie Dough gives out freebies to pregnant mothers in the Philippines to prime children with the smell and taste of their products. Selling to children

Young boys want to be super-heroes and young girls want to be es. There you have Batman, Spiderman Barbies.

One example is hand sanitizers placing their products as pre-emptive against an epidemic.

Some sounds evoke cravings, urges, and positive sensations. The sound of a baby crying, a fizzling stake, these are all positive associations that make us act.
The sound of a soda opening and being poured into a glass of ice cubes also provides strong positive associations.
The author helped a brand of soda engineer the sound of opening their can which they later used in all commercial. When that sound is played at sporting events, the brand sees an uptick in sales and people aren’t even aware why they bought the soda.

The author talks about how food companies purposefully engineer their food to taste better and become more addictive.
The content of this section resembled Fast Food Nation and Salt Sugar Fat. And if you don’t know what I’m talking about, you definitely want to look into it.

Mentioning time in the sales copy helps sell better because we are reminded of our mortality and that we should better enjoy life while we’re here.

Nostalgia marketing is especially potent during uncertain times. Coupled with our tendencies of remembering our past as better and rosier than it actually was, we long to go back to a time of safety and security.
Companies are playing to the phantasy that the past was safer, more natural, more secure.

When we perceive an authority giving the area of our brain responsible for decision-making process shuts down.
Celebrities can help blur that line between expertise and authority and when they represent a product, we tend to believe them simply because they are successful using the product -or so they .

The author talks about focus groups “confirming his theories”. Not only that’s not a very scientific approach to finding out the truth, but groups can hardly “confirm” any theory.

Brandwashed contains some eye-opening content on the reality of marketing and decision making.

Albeit it’s not super scientific, I learned quite a few new things when it comes to people and psychology.
The analysis of the royal family was spot on. They need to walk a tight line of not appearing like to common people while also not appearing to over-spend contributors’ taxes.

I felt some of the claims were unfounded, unsubstantiated, unscientific or exaggerated.

However, there is also a huge amount of terrific, eye-opening information here.
Indeed I was very surprised that

Indeed, I was surprised that the overall rating of Brandwashed wasn’t higher.
I think it’s an underrated text and I recommend it to all marketers, smart shoppers, and to anyone interested in people and psychology. 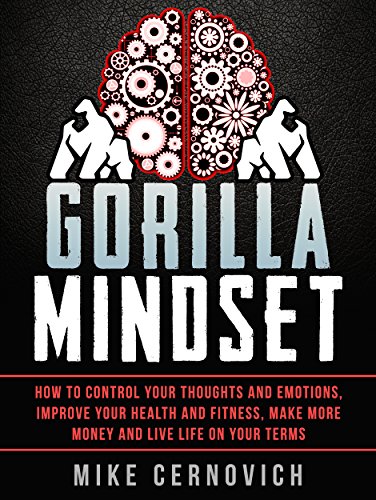 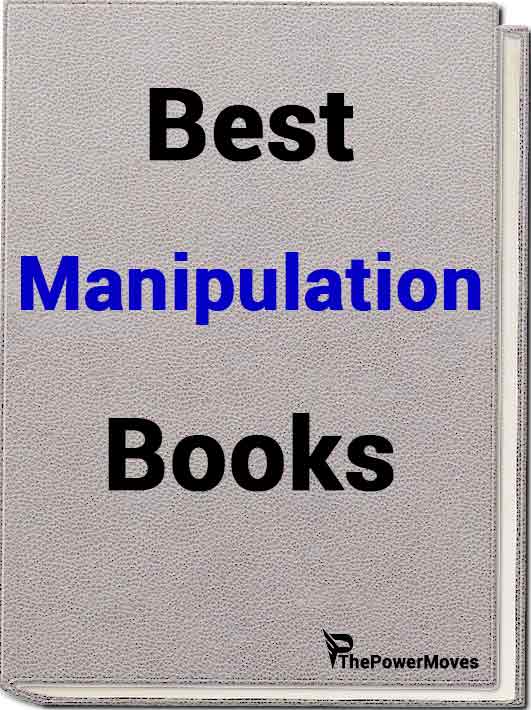 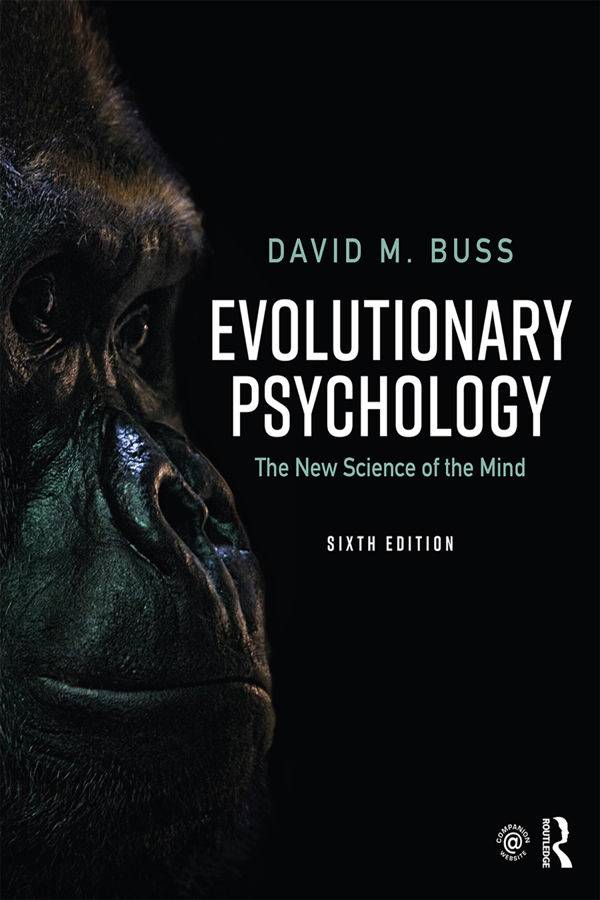