“Bright Line Eating” is a weight loss and weight maintenance program for food addicts revolving around strict adherence to a pre-set eating plan.

About the Author: Susan Peirce Thompson says she holds Ph.D. in Brain and Cognitive Science.
She shares in the book that she is an addictive personality, including past addiction to all types of drugs and, later, to food.
She developed Bright Line Eeating as a program centered around the concepts of addiction personality and breaking free from food addiction.

The author says that 99% of obese people who try to lose weight fail.
And a vast majority of that 1% regains weight over the next years.

Bright Line Eating wants to change that for you, and it starts with psychology:

You Can’t Rely On Willpower Only

The author says that most diets fail because they rely too heavily on willpower. Most people, even healthy ones, think way too often about food.

And since our willpower part of the brain is especially sensitive to glucose, it’s right when blood sugar are at their lowest that we crave the most that we are the most defenseless.

My Note:
The concept of willpower has been at the center of a heavy debate in psychology, read more here.

The insatiable type of addictive hunger comes with two traits:

Leptin is the hormone that should tell our brain to stop eating because we are full.
However, some people can develop leptin resistance. When we are leptin resistant, insulin stops leptin at the hypothalamus and at the brain stem level.

And what do we usually eat in the western world when we’re hungry? Exactly the type of sugar-laced food that makes us even hungrier.

And it’s a type of hunger that is difficult to resist. The brain stem level is also called “the lizard brain” because it’s the older part of our brain.
The brain stems control all activities related to our survival, which can make overriding the “lizard hunger” an almost impossible task.

Cravings are different than insatiable hunger.
Cravings are what push people to drive to a specific place an hour away just to get a specific type of food -their “fix”-.

Similar to the drug addict, says Susan Pierce Thompson, the food addict searches food not to get high, but to get normal -just for a little while at least-.

The Phenomenon of Addictive Downregulation

Typical of addiction, food thins out all the dopamine receptors in the brain, which makes us less sensitive to taste.
But you don’t need to be addicted to impair your dopamine receptors, eating enough flour and sugar will do the trick.
Yep, says the author, you should start looking at sugar and flour as drugs.

From Susan Peirce herself:

Where Do You Stand on The Susceptibility Scale?

Bright Line Eating keeps the analogy between food and drug with the susceptibility scale, which is an interesting quiz to test how likely it is for you to become addicted.
It’s been indeed my experience as well that some people just get hooked more than others.

This is important to know because diet plans based on moderation for people high on the addiction scale do NOT work.

Not all overweight people are necessarily addicted to food though.
One can have a slower metabolism, be clueless about nutrition and keep snacking on junk food.

And not all skinny people are non-addictive personalities. Some of them can be high in the addictive scale but spend their whole life battling cravings.
They might abuse laxative or spend a whole life obsessing about food and struggling valiantly to resist.
Not a good way of living.

Is Addiction Learned or Genetic?

A lot of is genetic, but strong emotional traumas can also create it.

Often it happens to children but can also happen in adults more rarely (that’s why many PTSD war veterans, for example, develop addiction).

Watch Out For Dangerous Eating Cues

The author describes an experiment with rats that had food delivered together with a lever coming into the cage as a cue.
Later they started delivering the lever without the food.
As anyone who is familiar with Pavlov’s dog experiment would know, the rats expected the food when the lever was provided and ran to the dish.

What was unexpected though was that some rat didn’t run to the food, but ran to the lever. And started fondling, cuddling and enjoying the dopamine rush even without the food.

What does this mean for people?

Well, some people who signal tracker (loving the signal) instead of goal tracker will go through their days continuously being reminded of their addiction.
For example:

Addicted people who track signals will have a harder time stopping overeating because everything reminds them of food.

Don’t Liste To The “Saboteur Voice”

As we’ve also seen in Phantoms in the Brain Susan Pierce Thompson says that different parts of our brain all talk to us trying to pull us in different directions.
However, we believe that all of them represent us, that they are all “me”.

Turns out, it’s the left part of the brain that makes sense of the behaviors and impulses from different parts of the brain and assigns them a narrative that “makes sense”.

This is bad news for people high on the addictive scale who have broken previous diet commitments. because they will come to see themselves as “hopelessly obese”.
And over time that can lead to self-disgust and low self-esteem.

The solution is not to reduce portions “more or less” or to “stop for a period”.
You must stop bad behavior forever.
They must become part of who you are.
Repeated over time, your choices of food will become automatic, and you won’t need willpower anymore.

Your dopamine receptors in time will adjust again, and you will start to taste and enjoy vegetables as well and you don’t have crazy cravings anymore.

Here are the cardinal tenets of bright line dieting:

There will be times when it’s tough and you need to prepare for them.
Here’s what Bright Line Eating recommends:

You Must Learn to Read Ingredients

Learn to read the ingredients and spot all derivatives of sugar and flour.
The rule here is that you need to read the list of ingredients in the product and if there’s no sugar or flour in the first three ingredients then it’s okay.

You Must Stick to The Plan

Bright Line Eating has lots of other tips and tools, like staying at Airbnb with its own kitchen and preparing your food to be on the road.

In case you fail once, you must: 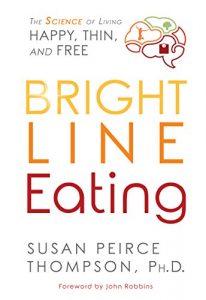 If You’re Addicted to Food, Ban Some Food Categories…
If you tend to binge eating, then it might make sense to ban the foods you binge-eat on.

If You’re NOT Addicted, Enjoy Everything (In Moderation)
If you’re not addicted, not binge eating, or not mightily struggling to contain weight, this book is not for you

I find the tone in Bright Light Eating very marketing-oriented.
The author says for example:

Thousands of people (..) used this method to lose collectively over 300,000 pounds

Collective loss says little from a scientific point of view though.
Or:

The average Boot Camper, in 8 weeks, loses 19 pounds. Many lose much more

Well, of course, “many lose much more”, it’s an average number, hence it’s also true that “many lose much less”.
Also, the success stories at the end of every single chapter made me feel it was a bit too marketing-style.
HOWEVER, this doesn’t have to be a con for the Bright Line Eating Bootcamp: products are effective or ineffective independently of marketing.

The author places a big emphasis on the phenomenon of ego depletion as championed by Roy Baumeister. However, the model of ego depletion has been criticized and there is not yet a consensus on whether or not it actually exists.
However the author makes valid points even if ego depletion didn’t turn out to be an important factor, it would still not take much away from this program.

The author got into plant eating after reading The China Study by T. Colin Campbell. I’m  surprised that the scientist she is didn’t go dig into the heavy -and valid, I believe- criticism that book garnered.

Personally, I think this might be a case where research will back experience.
I’ve seen and met enough people who get easily addicted to all kinds of substances to believe that it just makes sense that some people are more likely to get addicted than others.
Adn the fact that if you have an addiction you’re also more likely to have another (Michael Weaver, 2021) also seems to back the “addictive personality” hypothesis.

On the other hand, when it comes to how to be cure and address a food addiction, that might be anyone’s guess -and Susan might as well be on the right track, for all I know-.

Bright Line Eating is a good read when it comes to the psychology of (food) addiction and addictive personalities.

It seems to me like the author sought to ground her program and approach on scientific research. Whether that is sound, I cannot say for sure.
It seems to me that her main theory is at least logical.

If food addiction is indeed a thing -and it may be, for all I know-, this might be a highly restrictive, yet effective way of solving it.
Drug addicts can also learn a lot from this book.

The Bright Line Eating is not a book and program for everyone.

And it’s not for the casual dieter who’s not willing to commit. Such as, not the type of dieter who says to be on diet and then “casually” gives in at the second invite.

This is for people who are very serious about weight loss, who don’t mind making huge and restrictive changes to their lives.
Ad it’s especially suited people with addictive personalities

Albeit I’m neither of those, I lvoed this book and it was eye-opening on the psychology of (food) addiction. 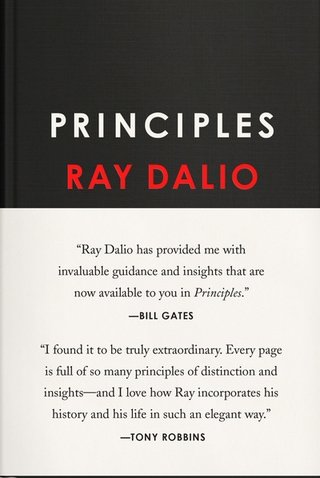 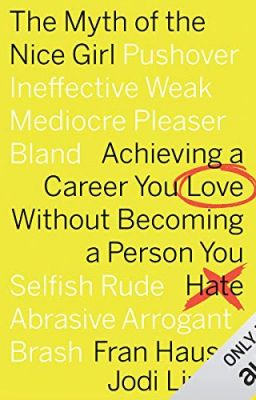 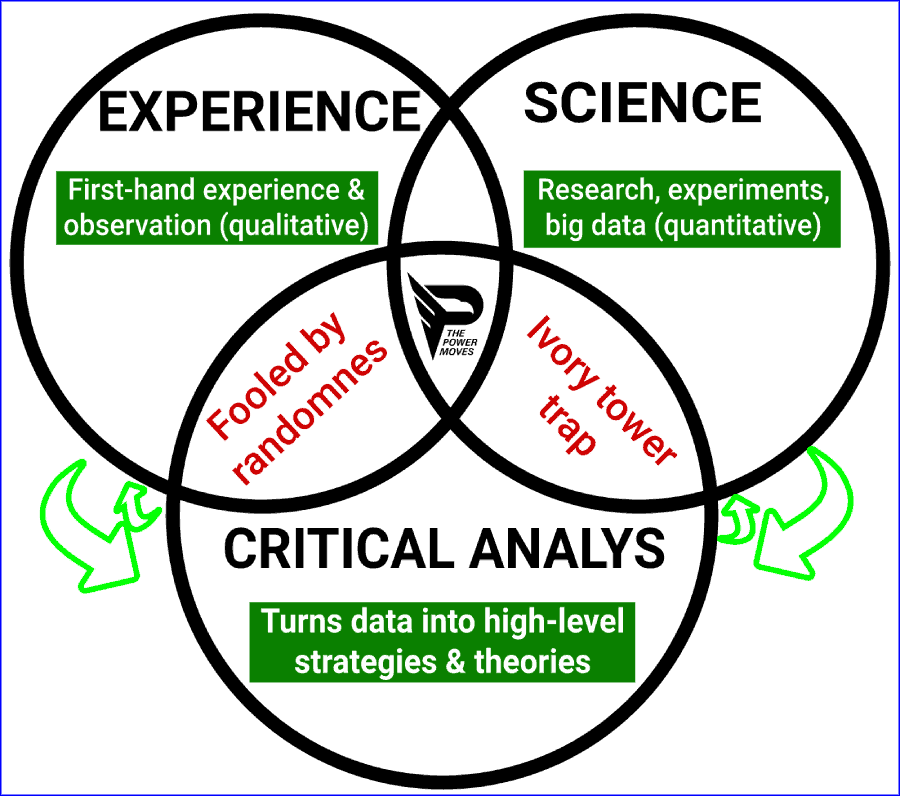