Luckily, it’s not difficult to spot them if you know what to look for.

This article will show you all the signs and provide you with a background behind the psychology of emotional unavailability.

This post will use quite a few examples from Michael Corleone, the main character of The Godfather.

The reason we use him is simple:

So let’s start with the main signs and characteristics of emotionally unavailable men:

Business is important, and one can prioritize business and still be emotionally available.

But when a man can only talk about business, goals or material achievements… That’s a red flag of emotional unavailability.

Note: this can be simply a phase of life for some men (more details below).

When Michael Corleone first uttered the famous sentence “it’s strictly business”, that’s when we knew his cold, emotionally unavailable side had taken over.

That’s when we knew The Godfather had put a defensive layer between and the world and his true,emotional self.

Wikipedia defines stonewalling as “refusal to communicate and cooperate”.

Stonewalling serves emotionally unavailable men to avoid emotionally difficult topics through silence, topic changes, leaving the room or, in the most abusive men, lashing out in aggression.

Not all men avoiding intimate topics are emotionally unavailable, but it’s an indicator.

Here is an example of stonewalling from the movie “Crazy, Stupid, Love”:

3. All Logic And No Feelings

There’s nothing wrong with rationality.

Rationality is great.
But when it’s only rationality, always rationality, then it means it must crowd out something else.

That something often is emotions and feelings: there’s no place left for them.

Dealing with a partner’s heavy emotional moments only rationally and matter of factly is a big indicator of emotional distance.

Notice how Michael Corleone first deals with his sister and then with his wife.

Note: Rational conversation in the face of emotion and worry is also a losing strategy.
His wife will only feel more distant. And it’s the worst possible moment for discussing rules and demands. It’s not like she is likely to remember, obey and be happy with his “just one time rule”.

It can become a vicious circle where the emotionally open partner, afraid of giving too much and of being spurned, shows less and less.
Until the partner who is in touch with her emotional side becomes emotionally starved, lonely and isolated.

Here are some signs:

Notice here how  detached the godfather answer to his sister’s emotional out-pour (he just gives her his hand):

5. Texts Over Face to Face

When you notice a pattern where your relationship issues end up being discussed over text, that’s a red flag.

6. Does Not Turn Towards

Turning towards is a concept that relationship researcher John Gottman first came up with.

People who deal with emotionally distant individuals are often worried about seeking fulfillment of their emotional needs too directly and too openly.

But the fact that they avoid too direct expressions of their emotional needs does not mean they still don’t have them.

So they will drop hints though in the hope their partner will pick up on them and take the conversation deeper.
But those hints go always unnoticed.

So when you see yourself trying to broach important issues but you never end up discussing them.. You may now know why.
Your partner either does not understand your hints, or does not have the emotional courage and vulnerability to act on them.

There is a name for this behavior in relationship literature, and it’s called: turning away.

Notice Fredo here.
When he says “Mikey… I was mad at you”, he wants to open up about his past, about his personal issues. He is hoping Michael will listen to him, forgive him and welcome him.
But Michael soon moves into business talk (and notice how disappointed Fredo is)

f the Godfather wanted let Fredo open up he should have asked “you were mad at me.. ?” in a curious but un-judgmental tone. Fredo would have most likely opened up.

A common mistake would have been instead to ask “why were you mad at me”, which sounds inquisitive and would push your partner to defend and backtrack.

Mirror neurons help us feel what the people around us are feeling.

So when we are very tense, the people around us tend to tense up as well.
And same goes for emotions.

When you’re riding high on emotions or showing plenty love to him, is he always stone cold calm no matter what?

If so, that’s an indicator he’s out of tune with your feelings and might be emotionally unavailable.

Sometimes you will see relationships that seem to go well and move forward.

Then suddenly he disappears or “changes”.
Then he goes back to being good.
But you’re never sure, he always seems to teeter between amazing and open to cold and shifty.

This might a positive sign as it shows he’s afraid of emotional commitment, but at least he’s capable of it.
But it’s still far from certain that he will eventually be fully open (or that it will happen with you).

This might be a case of an avoidant attachment style.
Also read anxious-avoidant relationships.

Ashton Kutcher in the movie Spread is an emotionally unavailable philanderer. Until he meets his real love (but before that plenty women never saw that emotional side) :

If the underlying issue is solved, these men can move beyond the emotional unavailable stage. Unless:

Narcissists individual will often start relationships “pedal to the metal”.

You will feel like you are being swept off your feet and falling into an abyss of love.
But then he suddenly changes and becomes cold and distant.

However, anger can also serve as a mask to cover emotions which are more difficult to express.

You will recognize the difference when anger is used in situations where despair, tears or sorrow would be more normal responses.

The Godfather finding out his wife has a miscarriage is such an example:

Yes, that can be the case of course.
But that they can change does not mean they will.

Below are some common sources of emotional unavailability and how to cure them.

Sometimes emotional unavailability is the consequences of personality disorders such as narcissism or, even worst, sociopathy. In those cases, drop the relationship.

Cure:
No cure, just distance yourself. In the worst cases you might want to do it cautiously too as some of these individuals can be dangerous and abusive.
Also read:

In some cases emotionally unavailable men hide their emotions to protect themselves.

It can be because of past heartbreaks, traumas or because they’re scared of falling in love with you.
Sometimes it’s unconscious, some other times fully conscious.

Example: the last words of a woman I liked before she disappeared from my life a couple years ago were “I need to protect myself”. Albeit that was a woman, and not a man, the mechanism is the same.
Stay distant and aloof and you won’t get hurt.

Cure:
If you like each other and it’s conscious, give them time and show them your love first.
The feeling that they’re not alone in their emotions will reassure them that it’s safer than they think. The more they feel safe in the relationship, the more they can lower their wall.
If it’s unconscious or because of past traumas, it might require some therapy.

Men can act emotionally unavailable because they think that being distant, fully rational or unemotional is how real men behave.

They either think it’s what’s expected of them, or believe that’s how the ideal man is.
Lewis Howes recently wrote a book about it and it’s called The Mask of Masculinity.

Cure:
Knowledge, age, experience, and maturity usually cure the mask of masculinity.
It’s difficult to accelerate this process from the outside, and some men might even never complete it.

As Harvey righteously points out, some men need to achieve a certain goal or reach a certain financial stability before they can full allow space for love, family and relationships.

These men won’t feel accomplished enough or “men enough” if first they don’t get that to that minimum base level.
The base level varies for everyone.

Cure:
Achieving that minimum level of comfort or achievement will automatically free these men to love.

If they are far from their goal and playing second fiddle is too much for you, you might want to move on.

Otherwise, you can state a minimum love requirement and ride along with them -these are the beautiful relationships starting when he had nothing and reached the top together-.

Beware also there are some men that never make space for relationship and never stop achieving. These men often have boundless drive and ambition.

Emotionally unavailable means he will either never open up to love you, or he will never show it. Which, we might argue, is almost the same.

It can be a conscious or unconscious choice; genetic or cultural; a phase of life or unchangeable.
Whatever the cause, it must change because there’s no relationship without an emotional bond.

And the closer the relationship is, the more damaging a lack of emotional bond becomes.
Ultimately, Emotional unavailability hurts people and destroys relationships.

If you are in a relationship with an emotionally unavailable man, these are the steps I would recommend:

And then you’ll even have your answer if to work on it or move on. 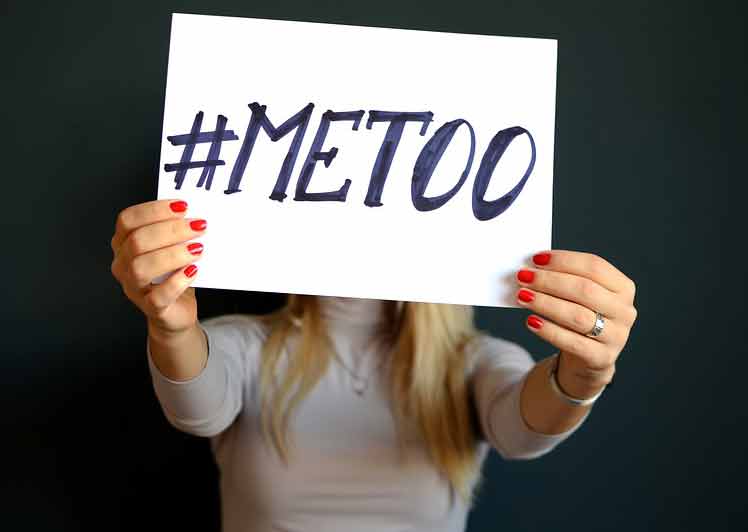 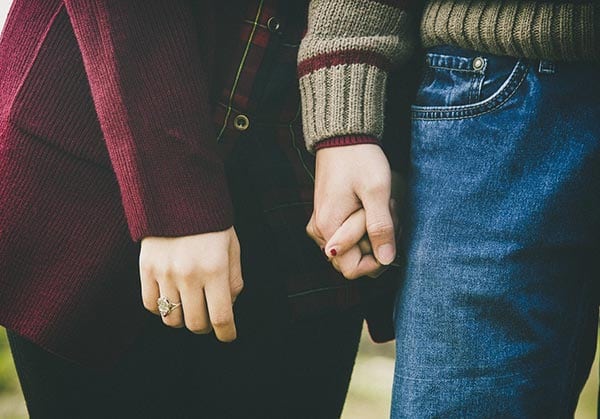 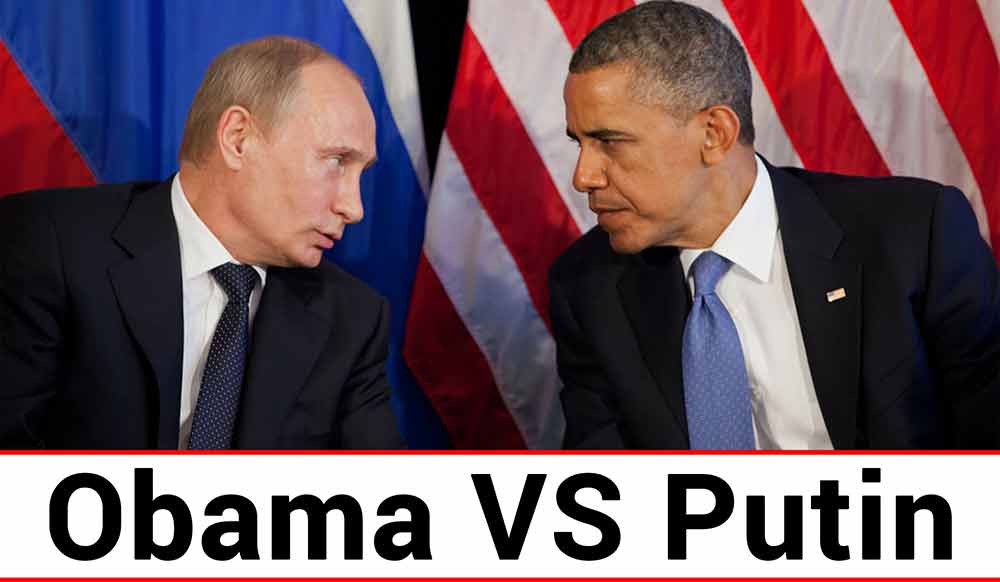