How to Keep People from Pushing Your Buttons (1994) is a book on cognitive-behavioral techniques (CBT) that help readers control their minds and state.
Albert Ellis presents the ACB model as a technique to control one’s emotional state and prevent nasty people and situations from upsetting our mood.

About the Author: Albert Ellis (September 27, 1913 – July 24, 2007) was an American psychologist who developed Rational Emotive Behavior Therapy (REBT). He is also generally considered one of the originators and early proponents of cognitive-behavioral therapies (CBT).
Ellis is also the author of “How to Stubbornly Refuse to Make Yourself Miserable“.

The 4 Screwball Feelings You Need to Handle

And as a general category:

When you experience one of these feelings, you will not handle the situation as effectively as you could, and you will probably upset yourself -ie.: you let someone or something push your buttons-.

Watch out: Don’t 100% trust other people’s opinions of your behavior. (“Oh, you’re just overreacting”). Sometimes they are right, but sometimes they are just using dark psychology to manipulate you.

The ABC of Button-Pushing

It’s feelings and beliefs that cause behaviors, not evens.

But that’s not how most people think and act. Most people don’t have this mindset.

Most people have a “victim of events’” mindset

Most people’s pre-programmed mindset is that events cause behaviors.
Like this:

But that’s a poor mindset that allows people, events, and the external world to control your emotional state, as well as your behavior.
Says Albert Ellis:

Let’s say you had a fight with your spouse.
In reflecting on what happened (especially if you’re still angry), you might recall that you said some pretty nasty things, but perhaps quickly explain them by saying, “Well, he started it” or “she made me so mad. . . .”
What you would be saying is that his or her behavior (the Activating Event) caused you to act the way you did (at Point C). But that would not be completely accurate: You also contributed by what you were thinking about him or her at Point B.

Instead, the correct model for empowered folks who control their minds is this:

It is not what is actually, verifiably true at Point A that counts, it’s what you think about it at Point B that will largely determine how you wind up feeling and acting at Point C.

This model also means that you must take responsibility for how you think and for how you mentally frame events in your life.

Some examples the author provides:

There is usually some truth in rationalizations, so that they can seem plausible.

That speck of truth can make it harder for us to realize we are making excuses.
To check if you rationalizing as a way of making excuses, ask yourself:

Example of Using the Model

Imagine you get a poor performance evaluation at work:

Please keep in mind that to internalize the model you need to:

On his first public talk, Ellis was tense and anxious.

As it’s natural to most people, he started with awfulizing:

“What if I do a terrible job? What if everyone is bored to death and starts talking among themselves? What if I get asked a question I can’t answer?
(…)

Then, he started shoulding:

“I should be able to give a talk to a group. I’m an adult person; I shouldn’t let this bother me. If I can’t do this, mother was right—I’m a turkey: I’ll never amount to anything!”

And a few rationalizations:

“So what? Who cares? Big deal! It doesn’t bother me if the audience doesn’t like what I have to offer. If they’re too stupid to appreciate what I have to say, that’s their problem!”

And that’s how he fixed his mindset by replacing the bad mental habits realistic preferences over and over, each time he slipped into awfulizing, shoulding, or rationalizing: “

I’d like this group to like me and think highly of what I have to say. If they don’t, that’s unfortunate—but it’s not awful unless I make it so. I want to do a good job, and I will put every effort into it—but if I don’t, that won’t be terrible and horrible. I’ll regret it and be disappointed and seriously concerned about it—but also committed to finding out how to improve on it.
I’d prefer to answer every question brilliantly—but if I don’t, I can handle that without shoulding on myself.”

Also please notice that Ellis uses not positive affirmations to convince himself that everything will be fine.
Instead, he went to the heart of his anxiety, the belief that he had to do a great job at all costs, and that the group had to like him.
He moved from “had to’s”, to “wants”, and from “shoulds” to preferences.

Says Ellis about the effects of ABC:

You will be concerned before you speak, and disappointed if you do blow it—but you won’t let the presentation push your buttons. In my case, I was able to reduce my anxiety significantly before and during the talk.

Plus, he was able to assess himself objectively, and learn from it.

Taking responsibility for your feelings and actions is crucial in the ABC model -and, I would add, for an empowered life in general-.

However, it must be a healthy form of taking responsibility”.

Says Ellis (edited by me for brevity):

First, we do not mean that you should blame or attack yourself for your poor behavior.
Blame, and fault are not interchangeable – they actually have very different meanings.
Responsibility means that you are accountable for your feelings and actions, because you have the capacity to direct and control them. Blaming yourself means that you put yourself, your entire person, down for having acted badly. Taking responsibility is healthy; blaming yourself is destructive.

ABC is Not Positive Thinking

Thinking positively has its benefits.

Positive thinking surely beats negative thinking.
But sometimes it can be a con or a distortion of reality.
Sometimes the objective affirmations we are encouraged to tell ourselves are just a bunch of subjective baloney. There is a third option: realistic thinking.

Ellis encourages realistic thinking. Assessing situations for what they are, without catastrophizing.

If you fail, you don’t tell yourself that it doesn’t matter -that would be a rationalization-, but that you will most likely be able to handle it.
And whether you will try again or do something else, you don’t get on your case.
And, to paraphrase Ellis:

It’s already not great you didn’t win, should you also be miserable about it?

The top 4 are the most common:

The exercise Ellis proposes is to score how strongly you hold any of these beliefs, and focus on them first.

The steps to change your limiting beliefs are:

Solution for Worrying Too Much

Realistic preferences to deal with worrying too much about what others think:

I’d like you to like and respect me, but if you won’t, that’s not awful, terrible, or horrible, and I can stand it. I am seriously concerned, because I think our relationship is important, and I am committed to doing everything I can to make it better. But I am not going to make myself miserable trying to win your approval, liking, love, or respect, then I have two choices: (1) I can accept that you do not like, love, or respect me; or (2) I can leave and/or find relationships wherein I can get my wants met.”

Remember, perfection is not required.

Improvement is the goal.

Ellis says you should aim for three goals:

Albert Ellis ends the book by saying that both achievement and enjoying life are important. And it’s possible to have both.

The first exercise is to become aware of what are the people and situations that push your buttons.

Draw three columns on a sheet of paper, and write down your:

Then, on the third column, write:

Ellis says that you want to confront your activating events. Especially if it’s people. If you don’t you will probably not overreact, but you don’t address the issue, probably make it worse off, and certainly you are not improving yourself.
Ellis recommends that you make a list of the difficult people you will soon confront.

The author sometimes refers to “shoulding” as “absolutist thinking”, but shoulding is only a subset of that category.
I think more attention to the definitions could help people to better understand the concepts.

The author first says there are 4 main ways of thinking about events, and 3 of them stink. But in an exercise, he adds a fourth “stinky” mental habit. That can be confusing.

About a man who feels insecure and jealous about his wife on a business trip, Ellis recommends him to tell his wife once she comes back:

Ellis says that while some people might feel that makes you come across like an insecure wimp, it’s not true. But personally, I’m not 100% onboard and I think that would definitely impact the relationship power balances.

Great wisdom and a gem of personal self-empowerment.

As you learn from top-notch material, you will also smile or laugh -which, by the way, is part of AE’s therapy strategy as well-.

They took me into a small room with an officer, and inspected me carefully and thoroughly. They were looking for a bomb! I can tell you right now, I wouldn’t put a bomb where they looked for anything in the world. No cause, no crusade, nothing would get me to put a bomb where they checked!

Some of us are simply great at shoulding on other people. A boss gets “shoulded on” by his boss, so he shoulds on someone he supervises—and so on, down the line. It’s the “trickle-down” theory of shoulding, until someone at the bottom goes home and kicks the cat or takes it out on a helpless family member.

The quotes are a mix of great humor and wisdom.

On social status climbing as a form of “shoulding” on other people:

I (A.L.) live in southern California, in an area where shoulding on people is an art form.
So many people there run around worrying about how they stack up on the status pecking order!
The first thing out of their mouths when you meet them is name-dropping something—anything: “I was driving in my new BMW [or Mercedes or Porsche] the other day, and there was a lot of traffic.” You stand there with a blank stare, wondering what the point is, until you realize it was to remind you of his or her new Beamer. You think, “Frankly, Scarlett. . . .” But they work the impressive facts in somehow, anyway.

Or on value-taking social-climbing questions:

Other people have to check you out when they first meet you: “Oh, hello—where do you live?” “Oh, but what section?” “Oh, well—do you live in the tract homes or the custom Presidentials, where we are?” “Oh. But do you have a view?” Eventually, after you finally answer a question that reveals you are not as good as the questioner, the “Oh” sounds much less interested, and infinitely more disapproving. I work regularly on not letting them push my buttons in these ways.

I loved “How to Keep People from Pushing Your Buttons”.

Even after having read many books on self-help, positive psychology, and optimism, I still learned hugely. 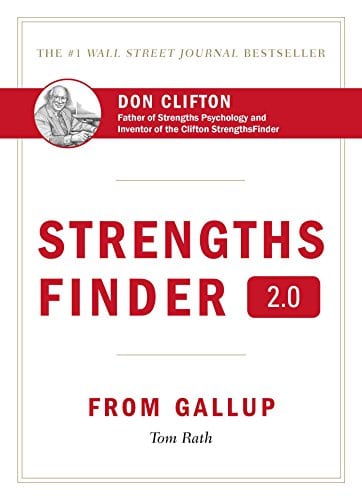 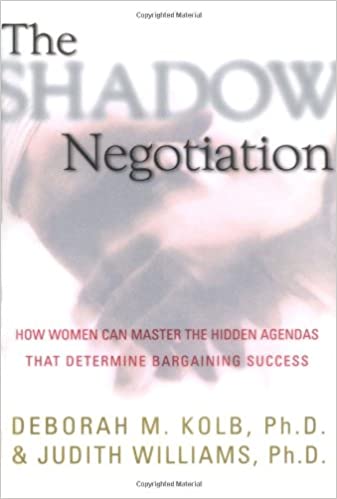 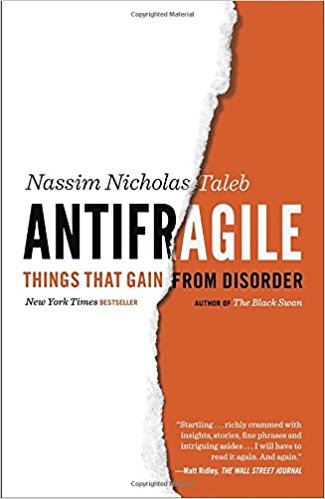