The most effective way to prevent cheating comes down to:

By the end of this article you will have a much deeper understanding about all three of them.

How to Prevent Cheating

This article leverages literature, data and research to give a thorough understanding of the phenomenon of cheating and infidelity.

It’s a good starting point, and if you want to delve deeper, there are more links you can explore.

This is the most critical prevention if both of you want to stay committed.

Both you and your partner should know how cheating usually happens.

As we’ve seen in emotional affairs, most cheating starts as friendships in places of daily interaction -often work-.
First there’s maybe some mutual liking. You talk, and you discover some common interest. Then you share something we wouldn’t share with other people.
And little by little you open up and share things that you don’t share with our partners. Then you start hiding your meetings… And you both know there’s something going on.
And that’s when the emotional affair has reached the deep waters.

These are the precautions you must take:

No Relationship Talk With Opposite Sex

Talk to Friends as a Couple

Helping a friend of the opposite sex with emotional support, confidentially and without anyone else knowing is a well-beaten path towards infidelity.

If a friend wants to talk to you about their problems and there is some attraction going on: talk to him/her as a couple.

Attractive People Must Be Friend of The Relationship

Anyone who can be considerate an attractive alternative must be a friend of the both of you. Pay especially attention to:

Frank Pittman notes that the choice of the affair partner is often not about “superiority” or attractiveness, bur rather on how different they are (Private Lies: Infidelity and The Betrayal of Intimacy). Interestingly enough, Henrdix Herville notes that it’s exactly those traits that will later annoy you the most (Getting the Love You Want).

Women in happy relationship often have blinders that make any potential interested men invisible. For women friendships are also about being open and self disclosing, but men can read these signs as interest.

Strong couples, the couples who stay together and have each other’s back, present a united front to life.

When you don’t present a united front, it’s easier for life situations and for other people to drive wedges between you two.
Children especially are particularly apt at pitting the two parents against each other to get what they want, so make sure you never badmouth your partner in front of the children.

Instead, approach friends, in-laws and children, as a unit. 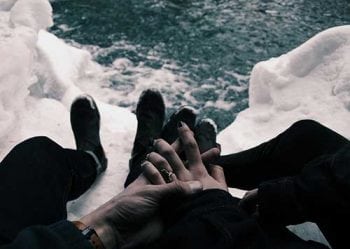 3. Stay Away From Old Flames

Former lovers are some of the most dangerous individuals for relationship fidelity.
And especially so when years have passed.

When you look into each other’s eyes you often don’t see the problems and hurt and the shortcomings. You remember the passion and it takes you back to your younger self. It’s a feeling of both passion and safe familiarity: we are more excited and less afraid of being rejected.
And we long to go back in time.
But wanting to relive the bygone years is a fool’s quest.

Note: if you are single though reconnecting with old lovers could be a good idea. Nancy Kalish’s survey shows that rekindled romances stay together 72% of the times, much higher than the average. And if they were first loves, it’s 78% of the times (Nancy Kalish, Lost & Found Lovers).

The most difficult something is to confess, the more important it is that you do it.
If you started liking someone, don’t feel afraid to tell your partner. It’s only normal that we go through life being attracted to others.

It’s important that we share feelings because research has proven that secrecy fuels desire and attraction.
Talking about it decreases attraction while at the same time increase the bond between you two.

It’s normal to be attracted to other people. What’s wrong is to have the mindset that “if he/she was the right one for me, I wouldn’t be attracted to someone else” .
The right mindset instead is to not fantasize about those other people because many affairs start in the mind before the take place in real life.
And don’t flirt with them, because flirting sends signals of availability.

Nicole Kidman flirts a lot in this video, but she ends powerfully. By making him chase for a meeting and closing with a blowing kiss, she ends up like the most powerful of the two. And women don’t drool after less powerful men.

It’s a sad reality of many relationships that many topics become taboo and that we talk more freely with our friends than with our spouses.

Friends can be more friendly and accepting, less judgmental and overall easier to get along with because they have less expectations from us.
But the more topics you keep off from your spouse, the more likely cheating and emotional affair become. The more you can behave like good friends, the more likely it is you’re cheat-proofing your relationship.

In Emotional Affairs I quote one woman saying:

I share all significant events with my husbands. How could I have an affair, I’d have to immediately run and tell him about it

It basically says that people are unhappy when their Comparisons Levels with expectations and previous experiences are negative for their current relationship. And when they compare their CLs to seemingly better Alternatives (alt), that’s when they cheat.

I find the mathematical model interesting and, in this case, backing up something that we all can naturally grasp and understand.
When people compare a potential colleague or friend with their partner they are comparing the infatuation period, which is usually strong and unrealistic, with a long term relationship.
And they are comparing the best version of the infatuation subject, which is a fantasy, with the real-life reality of their partner.
The comparison is bound to be unfair towards our partner.

Indeed, when people marry affair partners, the divorce rate is considerably higher than the average (Glass, 2004).

Relationship researcher John Gottman says that a big difference in the likelihood of cheating is how we feel and think about our partners when they’re not there.

If we have a generally low opinion of them it will be easy for us to go along when the opportunity arises. We might even think that it’s great we’ve had the chance we had.

If we hold our partner in high esteem instead and if we care about them, it’s unlikely that we will cheat.

Read here more information on how to foster fondness in your relationship.

The more issues you can transform into strength, the safer -and better- your relationship will be. The issues below are some of the most critical to make the relationship cheat-free:

If you are a child-centered couple, you should build a shared culture as a couple. Or your intimate bond will disappear and make your relationship more prone to cheating and affairs.

Steve Harvey says that when a man doesn’t get enough sex, he’ll automatically be looking for more outside of the relationship.

Well, Steve Harvey is not a researcher, but a different sexual perspective can be an issue. Usually, but not always, the man wants to have more sex than the woman.

Sometimes women want less sex soon after a child is born, and sometimes the issue is different approaches to sex.
Men tend to want sex no matter the atmosphere in the relationship, but women want sex when they feel good about their partners.
And then of course, men are OK to jump right into it while women sometimes prefer a slower start. Trying to find a compromise is possible most of the times.

The good news is that sexual drive tends to decrease in men and increase in women, so you only have to bridge the gap until you’ll naturally converge in perspective :).

When there’s no common interest, you spend less time with your spouse and have less to talk about.

And it’s more likely you will eventually meet someone with the same interests and with more things to talk about.

But “lack of common interests” is often more about laziness than an unchangeable state.
Here are a few things you can do:

John Gottman says that couples with high expectations tend to be happier.

A common vulnerability leading to infidelity is the disillusionment that develops when expectations about marriage are not met. Individuals with high expectations can be easily dissatisfied because they expect more than any one relationship can reasonably provide. Unrealistically high expectations can lead to affairs, just as undeniably bad marriages can.

Example:
Maybe her expectations about “love” are a bit unrealistic

We live in a world where saying that some people are more likely to cheat is almost taboo (also read The Blank Slate).

Well, don’t be afraid of the “politically correct police”, because different people also differ in their likelihood to cheat.

Some factors that reduce the likelihood of cheating are:

I have written already on the research of cheating and you can read more here:

Men tend to cheat when they are happy in the relationship as well, but a bit less. And women cheat considerably less when in a happy relationship.
That’s another reason to make your relationship great.

I have written a lot on this website on how to improve relationships, and they are all solid articles based on research.
Instead of writing all of it, I invite you to take a look if you’re not yet experienced in relationship management:

Or, for an overall overview:

This article on how to prevent cheating reviewed a few key areas and common weaknesses in the relationship that often lead to infidelity.

By addressing them, you will greatly increase the chances that both partners will remain faithful. 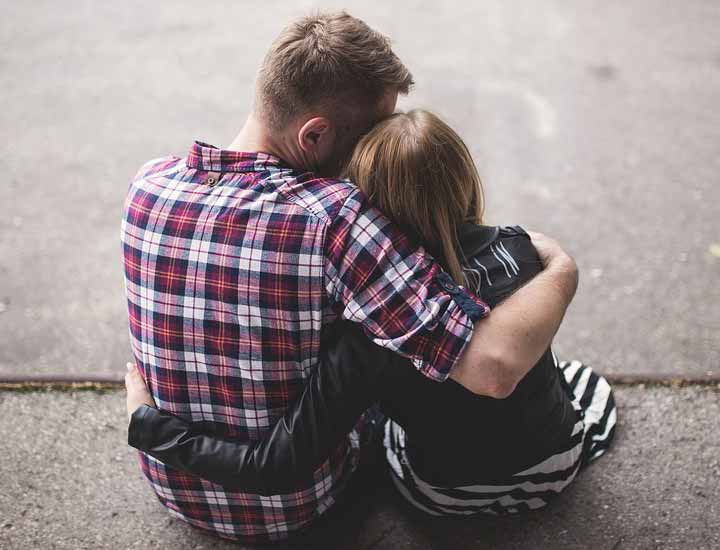 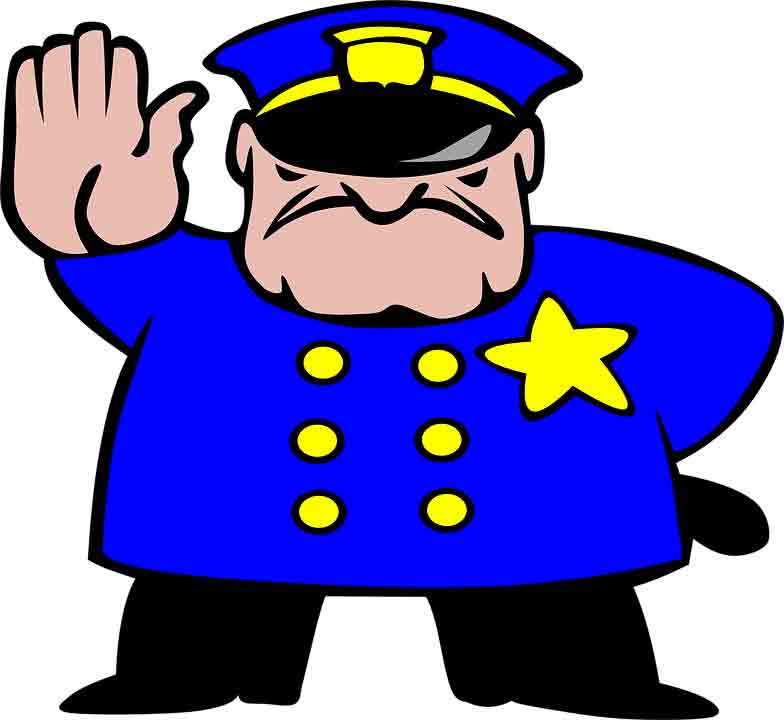 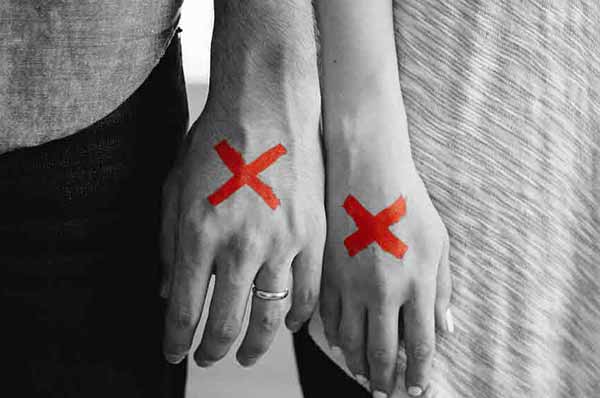 How to thank people properlyby Transitioned39 mins ago