Ignore the Guy, Get the Guy is your guide to surviving a breakup and make him run back to you.

Thus, it’s especially geared towards women who want to get their man -and their relationship- back.

About The Author: Leslie Braswell is an author of female dating strategies books.

Note:
“Ignore The Guy, Get The Guy” never openly states so, but it’s geared towards maximizing the chances of you two getting back together.
I’m personally not sure that’s the healthiest mindset to have, but that’s your decision.

Leslie Braswell says that how you handle the post break makes the difference to either make him run further away, or make him come crawling back for another chance.

No contact immediately after the break up is the only way to go, implies Leslie Braswell.

She says that controlling your emotions will be the hardest part. But it’s key because women who fall apart communicate unattractive neediness and no emotional control.
No contact is the best medicine because:

When he contacts you first, let him wait before you reply. If he sends an empty text such as “what a great day today”, don’t reply. Texts without a scope serves nothing: you’re not out for a chat, he either wants you back, or he’s a time waster.

Leslie Braswell says you keep the silent treatment until he’s 100% serious of getting you back.

Chapter 2: The Aftermath of a Breakup

The author says that it’s OK to take the first week to mourn and be sad. Use this time to analyze what went wrong and how you contributed to it.

After that week, it’s time to move on:

Leslie Braswell says knowing the emotions you will experience will make it easier for you to endure it.
The emotions are:

But the author says that smart women don’t negotiate: they have a take it or leave it approach and don’t do compromises.
However, she doesn’t believe that once it’s broken it’s gone for ever. But don’t take that as a motivation to pursue him: he has to show you first. And he has to put in the effort.

Leslie says you will know if he really wants it: when a man loves you, he makes you his priority. That simple (same concept Greg Behrendt espouses in He’s Just Not That Into You).

Chapter 4: What a Man Expects After a Breakup

Leslie Braswell says a man will expect you to contact him, and possibly to fall apart.

And that’s when you’ll throw him a curve ball.

She says in three weeks he will realize you’re not really seeking him, and after four weeks he’ll wonder what are you up to. But if he hasn’t reached out in eight weeks, he has moved.

Leslie Braswell says you should bounce back and have fun -and possibly let him know that-. When he catches wind of that, it’s gonna be a big hit to his ego.

How He Broke Up

The author says that telephone break up is only acceptable in long distance relationships.
Otherwise, anything else outside face to face is a no no to even consider getting back together.

You Can’t Be Friends

It doesn’t work when there are still feelings because the breakup never really ends and it only gets messier.
And there’s another slimier reason why he’d want to stay friends: he’s not really sure and wants to keep you as an option.

I loved the author’s suggestion on what to reply when he gives you the “let’s be friends” BS. You smile and say “sure”. And if he calls you to be friends, ignore it.

My note:
this is also my suggestion on how to turn down a date with class. And what Carrie does when meeting his ex with a kid.

Chapter 5: Cut Him Off Completely

The author says it feels to you like you you’ve lost the love of your life, but you only actually need to give your body the time to re-balance from the oxytocin chemical.

Don’t Have Sex With Him

The author says that men want sex while women seek security. That’s why until he’s providing you with security you shouldn’t give sex.

My note:
Lambert says during breakups men look for new women while women stay loyal. So no sex breakup. Either together, or nothing.

Chapter 6 of Ignore The Guy Get The Guy can be boiled down to this: you can have a nervous breakdown, but never act on it or show it.

The example is that of a former female astronaut who, obviously, didn’t hider her crazy. Lisa Nowak drove hours on astronaut diapers to assault his ex’ new girlfriend -oh, and in case you’re wondering, the diapers served to avoid wasting time on biological breaks during the drive-.

The author poignantly asks: do you think her ex would ever consider getting back together after that?

Leslie Braswell recommends you delete him from your friends’ list and quietly take down the pictures of you two together.

Wait a few days before changing your relationship status and change it privately.

Keep posting the same way you used to post before the break up, so you won’t show any signs of emotional trauma.

The author says if you two shared something meaningful he’ll probably get in touch within thirty days.

If he doesn’t contact you within sixty days, your relationship is probably over for good.

My Note:
I don’t totally agree.
There are women whom I felt so good with that I’d be ready to reconsider at any time.
But that’s not to say that you should count on that!

Chapter 9: Get Your House In Order

Leslie Braswell has a few tips on moving on:

Chapter 10: Skyrocket Your Self Confidence

Leslie Braswell says that self confidence is something you develop.

She says you should develop your own rules and value, and not simply accept what society feeds you (I agree, check my guide on how to build a strong identity).
Other tips she shares:

Leslie Braswell says you should give him less attention than he gives you after the break up.

And when you get in touch, don’t say everything about yourself. Be a mystery, leave him guessing.

I especially liked in this chapter Kate Middleton’s example.
The author says she’d bet Kate was destroyed after prince William broke up with her. But she gave the opposite impression. She worked out and got in shape, she organized charity events and enjoyed the night life. And prince William went back to her.

Leslie Braswell says you might not have photographers to chronicle your life, but you can use the power of social media.

Chapter 12: What You Should Do to Get Him Back

Braswell suggests you focus on yourself and on becoming the best woman you can be.

Chapter 13: Be Smart With Your Heart

The author says women crave for a hand to hold on or a chest to sleep on, but relying on someone else to make us happier is not good in the long term.

And she says you should first love yourself before anyone can love you.

And most of all, don’t get bitter and don’t let past relationship hold you back to move toward new -and possibly better- relationships.

The author has a list of frequently asked questions. Get the book for more. 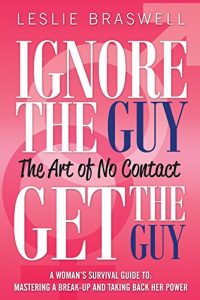 Long
Ignore The Guy Get The Guy has useful content, but the book could have been (much) briefer.

Getting Back?
Leslie seems mostly hell bent in making him miss you so that he might come back. I’m not too sure that’s a very healthy mindset and in some cases you might be better served with a “let’s find a better guy mindset”.

Good book, easy to read and the concepts make a lot of sense.

You will definitive increase your chances of getting back together or moving ahead faster by following Leslie’s tips.

I also appreciate the fact that Leslie doesn’t take no moral high ground on the reader.
She admits it’s difficult and it’s a tough time. I appreciate when authors show a vulnerable side instead of pontificating while hiding behind a pen.

Further reading
You can check my further book summaries on women’s dating here or Get the book on Amazon! 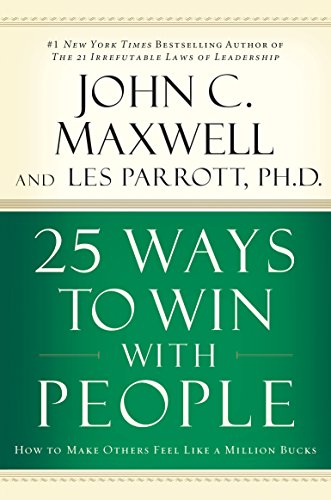 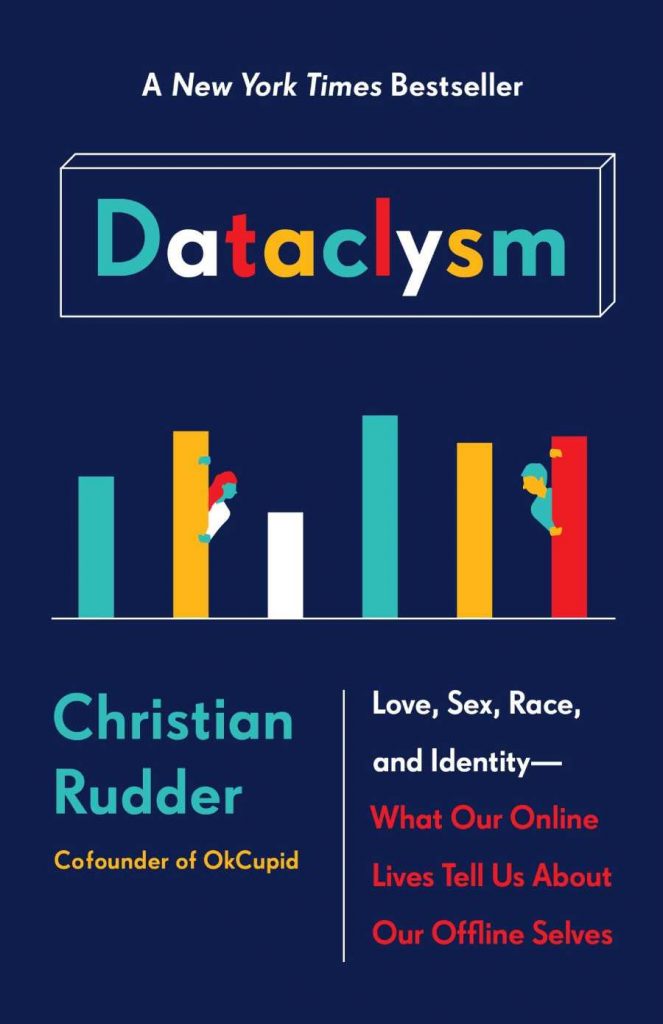 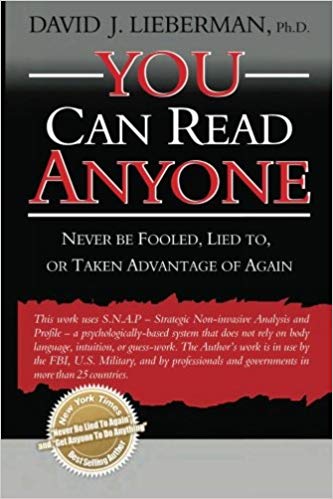