There is lots of poor information on the web about cheating and infidelity.

Facts that are grounded in data and research instead are scarce.

This article will list the most common myths VS the actual facts about cheating. 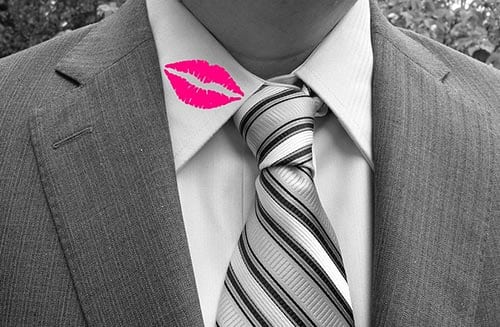 Assumption: people cheat because their marriage is unhappy and their spouse doesn’t satisfy them.

While unhappy marriages can be a cause of cheating, it’s not one of the major causes. And especially not for men.

Men indeed present little correlation between the level of relationship happiness and the incidence of cheating.

Shirley Glass, recording decades of couple’s therapy experience, concludes that men who engaged in sexual affairs were as satisfied with their marriages as faithful men.

The link between relationship health and the incidence of cheating is stronger in women though.
Women in any kind of extramarital affair were less happy in their marriage than their non-involved counterparts.

Why people get this one wrong

Some people believe that marriage dissatisfaction is a major cause of cheating because they hear the cheating partner complain about their marriage after they initiated an affair.

That’s often back-justification coupled with unfair comparisons (or plain lying).
It makes little sense to compare the thrill of an affair with the daily life with a long term partner.

#2. Affairs Are Based on Sexual Attraction

Assumption: affairs happen because there’s a better sexual chemistry with the affair partner.

While a better sexual chemistry can be one of the reasons an affair started, most of the times it’s not.
What draws committed partner in an affair are the following:

Cheating for ego validation: “I still got it”

The last one is particularly interesting. Often people start a relationship with partners who are more or less our equals.

But as we grow older we experience more and some of us get wiser and more successful. Younger people than can look up to us as role models. That’s in stark contrast to our relationship partner, who keep treating us the same way we were when we started out.

And that’s when affair partners, especially men, begin relationships with younger coworkers.
The younger coworkers are more than a younger piece of meat. They end up being a bit sexual partners, a bit mentees and a bit providers of ego validation.

And of course, for both genders, a new partner can wake up in us a side of us that we thought dead: strong sexual attraction, physical performance and the puppy love we thought was only for teenagers.

#3. An Attentive Partner Can Find Cues

Assumption: a cheater will always leave cues, but naive spouses bury their heads in the sand.

Most affairs are never detected, and it’s not because anybody put their head in the sand. Some cheater are just very good liars or very effective at creating double lives.

It’s really hard to tell if a partner is cheating simply by looking at how often he or she initiates sex. But if you notice major swings compared to the past, either in craving sex or in rejecting sex, that might be a telltale sign.

#5. People Cheat When They Don’t Get Enough X

Assumption: people cheat because they aren’t getting enough of something in the relationship. Not enough sex, not enough love, not enough intimacy etc.

It’s more likely that the partner who is not giving enough will cheat.

Assumption: you can detect an unfaithful partner because he will treat you poorly.

A straying partner might become more bitter and resentful. But could as well swing in the opposite direction and be much nicer to you. That can happen either out of guilt or to escape detection.

While, there’s some truth in the assumption the reality is, as it’s often the case, more complex. In more open societies such as in the west and among younger generations, the incidences of infidelity between genders are comparable.

Gathering reliable data on relationship infidelity is arduous. But based on the available surveys, women are catching up on men in the west -at least for the younger age brackets-.

We went from double the rate of affairs of men to women in 1953 (Kinsey report) to approaching parity in the 1990s (Michael Wiederman, 1996).
In older age brackets though men still cheat more.

This might be possibly due to the fact that men tend to retain sexual market value longer than women. And of course, the inverse of the coin: women’s tendency to go after power and resources.

Assumption: most cheating happens when people are drunk, high, or partying.

It’s actually the growing presence of women in the workplace that has driven the recent increase in affairs’ incidence. In Shirley Glass’ clinical sample 50% of women and 62% of men met their affair partners at work.

#9. It’s Not An Affair Without Sex

Assumption: it’s not real cheating unless there is sexual involvement.

Extramarital affair is usually defined as sexual intercourse, but that definition is misleading. Indeed, for evolutionary reasons, emotional cheating is worse for women than sexual cheating (David Buss, 1994).

#10. Talking About The Affair Makes It Worse

Assumption: better to forget about the affair and move on.

This is possibly the most damaging myth of them all. Once the affair has been discovered the best way to mend the relationship is to answer all our partner’s questions and talk about what happened.

#11. The Cheater Prefers The Affair Partner

Assumption: to cheat people must think that the affair partner is somewhat “better” than their long term partner.

Most affairs don’t happen because the affair partner is “better”.

The affair can be more exciting though not because of real personalty traits, but because of the affairs’ very nature. The risk, the social hazard, the breaking of rules together…

The affair partner sometimes isn’t even a real person. It’s an idealization and that ideal never gets real because, well… You never deepen that connection with a life together. You only see the best side of the affair partner, but rarely the problems.
As someone said:

#12. Compatibility Is Higher With The Affair Partner

Assumption: the cheater has better compatibility with the affair partner

Since the affair often rides on high emotions it might feel so. But the truth is different: 75% of cheaters who marry the affair partner divorce -a much higher incidence than the normal divorce rate-.

#13. Betrayals Are Not Such a Big Thing: The Cheated Should Get Over it

Assumption: a betrayal is not such a big thing, and especially not in modern times. It’s common, so the betrayed partner should not make it such a big deal.

According to therapists who treat couples, infidelity is the second most difficult relationship problem, second only to domestic violence (Survey of 122 family psychologists, Journal of Family Psychology,113, 361-366.).
And it often takes years for people to come to terms with betrayal.

Cheaters are highly influenced by the families and environment they grew up in.

The pattern of unfaithfulness can indeed often be traced in the family (Emily Brown, Patterns of Infidelity and Their Treatment). And cheaters tend to focus on other cheaters, so they end up seeing more of it. To them, it often really seems like cheating is everywhere.

Conversely, the faithful partner often comes from faithful families, and the people they respect are other faithful committed partners.
So they end up seeing more faithful people and to them, it seems like cheating is rare and “a big thing”. 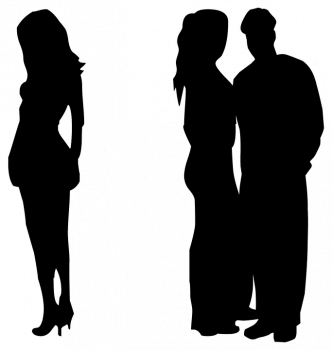 There’s lots of great research and scientific findings on relationships and infidelity. And there’s also a lot of terrible advise around.
This is article dispels a few common myths around cheating and infidelity. 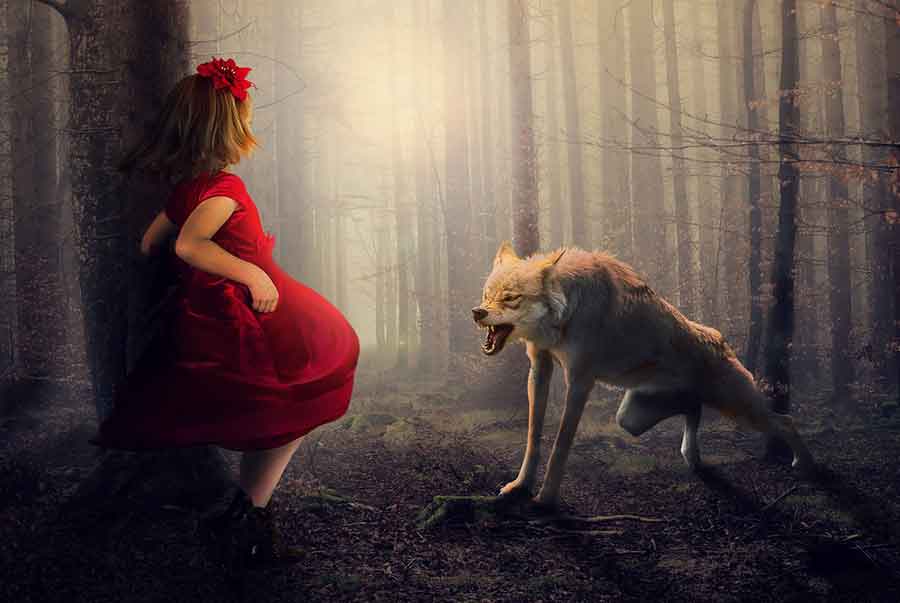 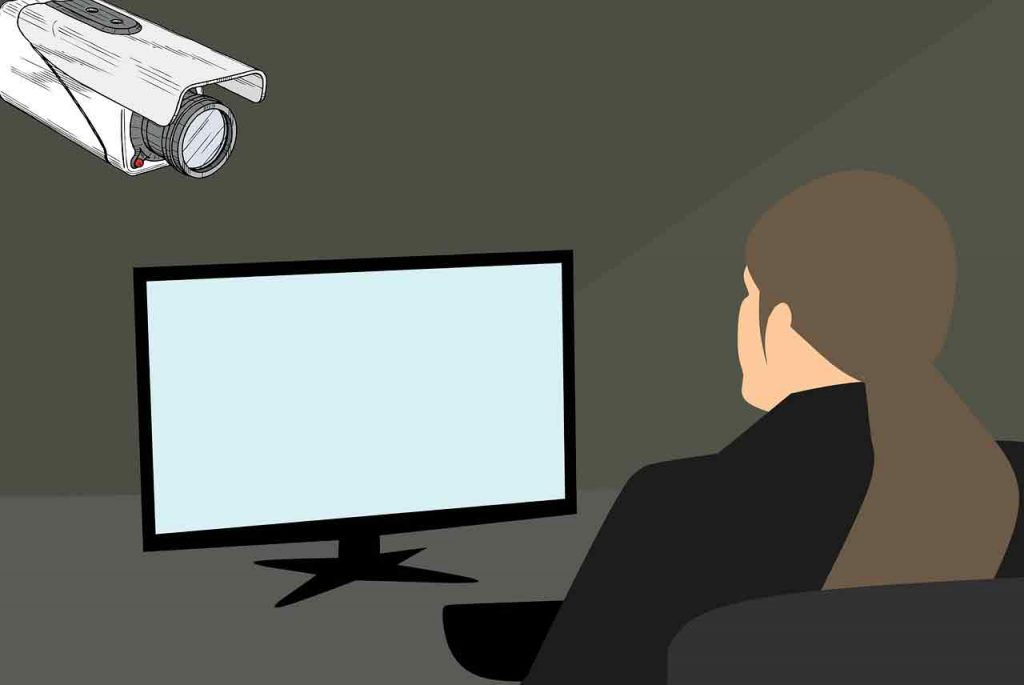 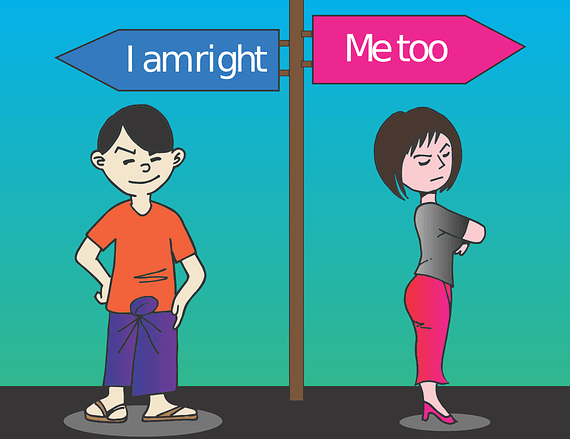 Short Thank Yous and Feedback - E …by AJ5 mins ago

Small tasking part 2 - when they …by Transitioned18 mins ago