The God Delusion is Richard Dawkin’s seminal work in which he seeks to prove there is no God and that the world would be better off without religions.

About the Author: Richard Dawkins, studied zoology at Oxford. He has been a professor of zoology at Berkely and, later, at Oxford. Dawkins was Christian until his teenage years, at which point he dropped Religion in favor of the theory of evolution.
He is also the author of The Selfish Gene, and he’s always been outspoken about his rejection of religion and agnosticism.
Or rather, as he puts it:

He says that the position of agnostic people who refuse to answer is tempting, but it’s not correct.

Basically, Richard Dawkins hints that agnosticism is a cop-out.
However, I wasn’t too convinced by Dawkin’s reasoning here.

In the third chapter Dawkins discusses and, he says, debunks, the proofs that some prominent theologians brought forth during the millennia.

One of them is that if we go back in time there must a point where we cannot go back anymore, and that must be God.
Dawkins says that the idea of “regression” implies that God is immune to regress, which he challenges.

He also challenges the “design” theory which is the most popular these days. The design theory says that we are simply too complex to have evolved randomly.
Yet, says Dawkins, evolution proves just that: that it’s not only possible, but highly likely.

Then he addresses the popular but flawed criticism against evolution which is the lack of “transition fossils”. Quote is friend Matt Ridley, author of The Red Queen, Dawkins says that there are plenty of “transition” fossils.
And anyway, it makes no sense to speak of “transition” in evolution because we are always in transition.

My note: indeed the “transition” fossils argument makes no sense.

Who Made God: The Infinite Regress

Dawkins says that God presents an infinite regress that he cannot help us escape.
If we demand who created us, then a God complex enough to create musk ask the same question: who created him?

Dawkins says that the infinite regress proves that while God is not technically disprovable makes it highly highly unlikely.
I don’t see how that helps explain anything though.

How Religions Got So Popular

Dawkins wonders how is it possible that religions spread so far and wide. And he makes the case it’s a consequence of other traits that we posses.

He says that children listen and believe their parents because it best serves their survival chances.
However, that also makes them open to “external viruses” in the form of beliefs. Including religion, that thus replicates from one generation to another.

My note: it does make sense, this was a smart thought by Dawkins. Albeit I gotta question its true power and children are notoriously rebellious to their parents as well.

Richard Dawkins wrote a remarkable book. Yet quite a few passages and arguments didn’t convince me much.
Including:

Richard Dawkins says that religions enjoys protection from criticism in our society.
It’s OK to discuss almost anything, but when it comes to religion there is this idea that it must be respected.

I think that partially is the case. But that’s the case for so many topics today that I wouldn’t really make it a
Furthermore, the idea that “we should all respect religion” also leads to much stronger attacks from non-religious and atheists.
Let’s say it’s a hot subject, but I wouldn’t say it cannot be criticized.

Richard Dawkins spends much of the book talking about the religious beliefs of prominent historical personalities and scientists such as:

Albeit they are all interesting references and I enjoyed reading about them, I thought it was too long. And I really don’t see how the religious beliefs of any single person could proof -or not proof- of the existence of God.

In several instances during the course of the book I felt like Dawkins was attacking strawmen.

When he challenges the idea of God as both omnipotent and omniscient for examples he is talking a God who “intervenes” in human matters.
But that’s only one interpretation of God that, frankly, is also the most childish and most easily disprovable.

A few more strawmen where the people he picked to criticize. He talked and quote at length of priests and theologians who were so bitter and aggressive tat they obviously made too easy targets.
It’s as if a priest decided to smear atheists by talking of his neighbor atheist who hates him.

I personally don’t believe that if there is a correlation between morality and religion it’s going to be strong.

But I was also not convinced by Dawkin’s data, especially the one overlapping “red state” and crime.
That one is pure correlation and says little at best, and it’s very misleading at worst.
Also read: Fooled by Randomness.

Religion the Cause of Wars.. Or Just a Factor?

Dawkins implies that religion is a major cause for divisiviness, anomisoties, wars and violence.

Especially in the beginning Dawkins seems to imply that without religions we wouldn’t have had no crusades or terrorism.
I find that extremely simplistic.
By modern standards the crusades were little more than field trips in terms of destruction. And we have terrorisms of all kind, not just religious.

Later Dawkins changes and says that religion, with its divisiveness, can feed on humans’ natural tendencies of forming ingroups and outgroups. And with that, I must agree.
I believe religion can be a factor, and it in some cases it can a major factor and driver of violence.
But anybody who says that religion is the main cause of wars and we would be very peaceful without has not really understood human nature.

Sometimes I feel like Dawkins commits a mistake many people commit; that of confusing human nature with the excuse that allows human nature to hide its real ugly motives.

The truth is that religion is often simply an excuse.
The early Christians didn’t make much of gay people. Today, they do. Plenty of non religious people hate on homosexuals and they probably use some other lame-ass excuse as “it’s immoral” or “it’s disgusting” or “it’s not a mannish thing to do”.

Some “Proofs” Are Not Real Proofs

Some of the proofs against the existence of Gods are not real proofs.

For example, animals have very low IQ and don’t believe in God. Does that say anything?
And nothing says that if men had 1.000 IQ points then we wouldn’t believe at a higher rate.
The truth about IQ measures is that we measure a very small range. And again, small ranges can be more misleading than enlightening.

Plenty of awesome quotes from Richard Dawkins ranging from the funny to the deep, including:

George W. Bush said that God told him to invade Iraq (a
pity God didn’t vouchsafe him a revelation that there were no
weapons of mass destruction)

If you die a martyr you will go to an especially wonderful part of paradise where you will enjoy 72 virgins.

Spare a thought for the unfortunate virgins.

Look carefully at any region of the world where you find intractable enmities and violence and I cannot guarantee that you will find religion as the dominant label for ingroups and outgroup, but it’s a good bet.

And a one wonderful piece of rational poetry here:

We believe in evolution because the evidence supports it. We would abandon it overnight if new evidence arose to disprove it.

No real fundamentalist would ever say anything like that.

Not all scientists would change their mind as quickly, but they all at least pay lip service to it as an ideal–unlike, say, politicians who would probably condemn it as flip-flopping.

And the most famous quote:

We are all atheists about most of the gods that humanity has ever believed in. Some of us just go one god further.

Question everything.
Including a book that tells you there is no God.

Sometimes it feels like a a bit too much anger transpires for believers and religious people.
For example a man wrote Dawkins saying that after he became atheist is girlfriend wasn’t anymore sure about his moral standing.
Dawkins replied that as his girlfriend found out something about him, he too found out something about her and he’d have to wonder if he was too good for her.

I found that a bit judgmental.
I personally don’t think that religiosity makes a huge difference between a high quality woman and a low quality one as it often comes with pros and cons.

Deep, well researched, well written and argued, even funny. Whether you like it or not, The God Delusion is solid work.

Richard Dawkins makes some great point and The God Delusion is definitely a book to read.

My opinion is that, in the end, Dawkins didn’t really “prove” there is no God.

He makes a compelling case against “human manifestations of religion” and the church, but that’s rather easy to be honest.
And it’s a far cry from proving anything.
I’m afraid, we are not going to find any proof about God’s existence -or nonexistence- in any book. 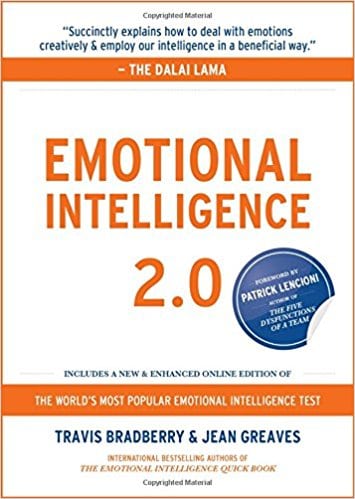 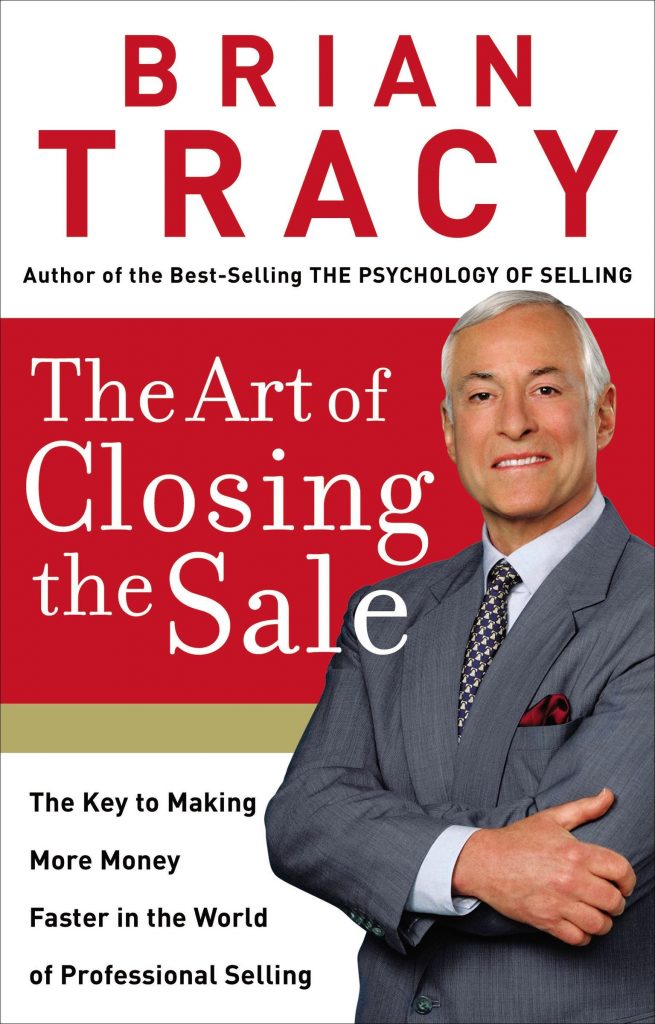 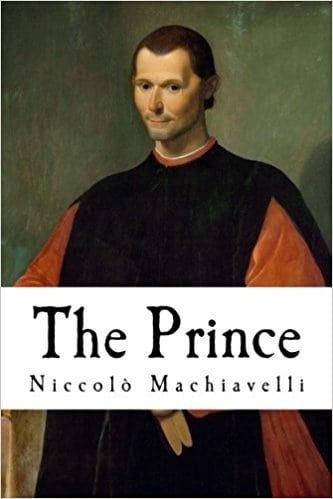