We Should All Be Feminists (2014) is a book on gender issues and feminism.
Chimamanda Ngozi Adichie, the author, says that being a feminist is not about being angry, being against men, or about getting power. Being feminists, she says, is about recognizing there is a problem with gender (?), and being willing to fix it.

About the Author: Chimamanda Ngozi Adichie is a Nigerian writer famous for her gender activism.

1. Men Used to Lead Because of Physical Strength, Today’s Leadership Should Go to Intelligent Individuals

The author says that, historically, men have been the leaders because physical strength was more important in the past.

But today we live in a different world.
The person more qualified to lead is not the physically stronger one, but the more intelligent, knowledgeable, or creative or innovative.
And that’s not

2. We Shouldn’t Teach Men They Must Be Hard

We teach men they must be hard, that they must show masculinity, and that they should not be virgins.

But this pressure on men leaves with fragile egos.

To begin with, feminism is the female wing of male “toxic masculinity”.
It’s the exact specular movement.
See here:

My main criticism is that this whole book is based on nothing but personal feelings, conjectures, and anecdotal evidence.
There is no real data, no real analysis, no science, and no understanding of psychology, evolutionary psychology, and intersexual dynamics and sexual power dynamics.

The author harps on about how our poor education and socialization.
But she never wonders why people have taught similar things for generations, and across cultures. Is everyone stupid and the author is the only smart one?
Or maybe there is a reason why parents teach women to be more feminine?

That’s what’s missing here.
If the author had done the intellectual legwork of at least understanding why people do what they do, then we could have had a conversation.

But with this book, it feels like she’s built a small tip on top of an iceberg that she does not understand, does not know, or that she strategically fails to address.

The author says that in Lagos women cannot enter clubs alone. So women are forced to pretend they are with some guys.

But that’s not how it works in most of the world.
In most parts of the world, it’s men who cannot go into clubs alone and must find a woman to get in.

So by following her train thoughts, should men complain about clubs and society being biased against them?

Same as for most feminist literature, the author seems to believe that socialization is the main driver of human behavior.
She says:

It is easy to say “but women can just say no to all of this”. But the reality is more difficult, more complex.
We are all social beings. We internalize ideas from our socialization.

Yeah.
And we’re also all born with a lot of pre-equipped mental circuitry.

3. Total failure of understanding sexual psychology, part of which is innate

We teach girls that they cannot be sexual beings the way boys are.

This is a failure to understand the deep roots of the Madonna-whore dichotomy.

We praise girls for virginity, but we don’t praise boys for virginity.
And it makes me wonder how exactly this is supposed to work out since the loss of virginity is a process that involves two people

So simple, yet so out of the author’s grasp.

Poor men still have the privilege of being men

And that’s why poor people have more daughters and powerful men have more sons, by the way (Miller & Kanazawa, 2008).
If you don’t understand why, then stop reading these books and learn a bit about basic intersexual power dynamics and sexual market value.

5. Strawman’s arguments: is it really the case that women are oppressed from birth for being women?

We teach girls “close your legs, cover yourself”, we make them feel as though by being born female they are already guilty of something

6. Strawman’s argument: does society really tells us men are more important than women?

The author says that society teaches people that men are more important than women.
But that’s not true.
It depends on context. The famous call of “women and children first” obviously does not prioritize men when it comes to saving lives.

And, in general, men have always been considered more expendable than women.
In good part, this is because of sexual market value, which is higher for women. And that’s something that, again, the author is wholly ignorant of.

7. Poor social and cultural analysis: there aren’t many guides for men on how to please women?

There is no depth in this book’s social and cultural analysis.

Finally, this is the most important criticism I move to “We Should All Be Feminists”.

The whole book shows no understanding of human nature.
But just take this sentence as an example:

(…) But what if we question the premise itself.
Why should a woman’s success be a threat to a man. What if we decide to simply dispose of that word (…), “emasculation”

Does the author simply believe that changing innate behavior is a matter of “deciding”?
This again shows her poor approach to knowledge. She never asks “why” men might feel threatened by her success, so her solution as skin deep. “Let’s just decide not to be like this anymore”.

The author brings attention to an important truth: in some areas of the world, there is much work yet to be done to improve women’s rights.

Her examples, albeit anecdotal, also prove that there are plenty of men who still resent women and feel threatened by women.
These men are part of the issue that makes it harder to be a successful woman today.

(…) Since feminists are women who are unhappy, because they cannot find husbands, so I decided to call myself a happy feminist

On gender as a yoke:

Cooking by the way is a useful and practical life skill for boys to have. I have never thought it makes much sense to leave such a crucial thing, the ability to nourish oneself, in the hands of others.

My review is highly critical.

So allow me to make a note first.
I’m a big believer in Fisher and Ury’s approach in “Getting to Yes“, which is: be soft on people, and tough on ideas.

I am kind towards the person.
I respect the author, I respect her drive and her willingness to shape a better world.
I don’t know Chimamanda Ngozi Adichie personally but, from her videos and her writings, I can say that she seems a likable person.

But I did not like, agree, or enjoy the ideas expressed in “We Should All Be Feminists.
The fact that this book is mandatory reading in certain universities tells a lot about the (poor) state of some of those universities.

“We Should All Be Feminists” is the epitome of all that is wrong with feminist literature.
It takes a few good ideas and some confirmed facts, such as that sexism exists.
But then it fails when it seeks to expand to a bigger theory. The feminist theory espoused in this book is based on flawed assumptions, poor understanding of psychology and human nature, and lots of mental lucubrations of how things should be instead of how they are or how they can realistically change.

Among the major issues:

As it’s the case for some feminist literature, you listen to it, and on a few things you totally agree.
But then, you just can’t help but wonder: couldn’t the author read and learn some more about psychology, evolutionary psychology, and intersexual dynamics, instead of writing about things that she doesn’t seem to truly understand?

And since she was there, she could have also done some better research on the gender pay gap, and cited the adjusted figure instead of the much less meaningful non-adjusted ones.
But then again, the latter sounds bigger, so it helps her inflate her case.

Had the author done the necessary intellectual legwork, we could have listened, and maybe have a discussion.
Without all the basic knowledge the author is lacking, it feels just like hot air ranting.

In the end, “We Should All Be Feminists” didn’t convince me we should all be feminists.
But it strengthened my belief that, as readers, we should really all develop some critical thinking skills. And, as writers, we should all feel more responsible for getting our facts straight before writing. 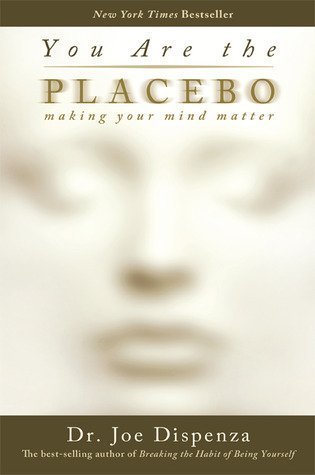 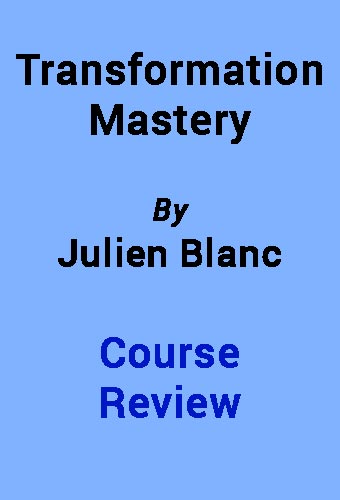