Who Moved My Cheese teaches the readers human nature and self-development through a simple and entertaining parable of two little humans and two mice.

About The Author: Spencer Johnson was an American physician and author. He wrote several children’s book as part of his series “ValueTales”. His most famous tale is “Who Moved my Cheese?”, which also happens to be one of the biggest best-sellers of self-help books.

As a parable, Who Moved My Cheese is not easy to summarize. So I won’t try. Instead of giving you the story, I will tell you the lessons learned from it.

Just keep in mind this is a novel taking place in a maze, with two “little humans” and two mice.

The mice in the parable always went back and forth looking for their cheese.
The two humans instead, called Hem and Haw, plotted all kinds of strategies to make their search more efficient.
All that thinking though didn’t really help them achieve better results.

As a matter of fact, it often only confused the humans more, and they would have been better off just scuttling around as the mice did.

When the humans finally found a reliable source of cheese they were overjoyed.
Yet, little by little, they got used to it.
They started it for granted and they even became dependent on it.

#3. Be Prepared for Thing to Change

One day the humans woke up, only to find out that their reliable source of cheese was gone.

It wasn’t really gone, the humans had failed to see that things were slowly changing. The cheese was diminishing and it was also rotting a bit. But they ignored the signs and clung to the status quo.
They were back to square one, but now they felt horrible about it.

The mouses didn’t sweat the change.
They soon got back on their feet and moved again. And soon found another cheese station.

The humans instead couldn’t psychologically accept the new reality. They clang to their old good past and revisited older cheese stations that were long depleted.
It might not be a coincidence that the humans in Who Moved My Cheese are called Hem and Haw.

#5. Move Towards Your Fears

After their cheese was gone Hem and Haw were afraid of getting back in the game. They had grown too comfortable, or “mentally fat” as I sometimes call it.
They were afraid of moving towards new alleys.

Eventually, Haw started visualizing of himself sitting on top of his all-time favorite cheese.
How wonderful life would be again?
That gave him the strength of venturing out into new and uncharted territory.

My Note:
90% of self-help books tell people to visualize their goal. But repetition doesn’t make something that’s not (always) true, true.
For more, check: self-help myths and pop-psychology myths.

#7. Your Life is The Result of Your Mindsets and Actions (ie.: take responsibility)

While Haw got moving, Hem stayed behind instead. He kept sitting at the old cheese station, getting hungrier and growing more and more emaciated.
Wallowing in pity and anger.

Hem’s life wasn’t easy.
In the beginning, he wasn’t finding much cheese, but he was proud of himself whenever he could find any. He was growing more confident in himself and in his capabilities, also getting happier.
Eventually, Hem found a new big cheese station (ie.: he reached his goal by taking action).

My Note:
In psychology, the mindset of taking responsibility is also often associated with an internal locus of control, such as the belief that we can change our circumstances and we can change our environment. 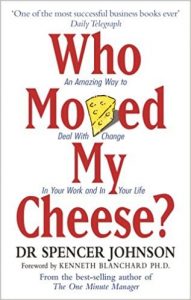 Who Moved My Cheese is a parable about powerful mindsets to adopt in life.
It’s difficult to pick one as they are all great, but if I had to just go for one:

In the face of failure, don’t dawdle on the past. Keep on going. The world belongs to people who stay gritty in the endless pursuit of their dream.

Success is going from failure to failure without loss of enthusiasm”

Putting two people together with mice and giving them so little control over their lives didn’t seem to me like a very empowering metaphor.
Sure, the attitude that you will always do your best is super empowering (and freeing).
But oftentimes we can also do a lot to change our environment. And that didn’t shine through in “Who Moved My Cheese”.

Analyzing the situation before acting can sometimes bring you much bigger payoffs.

Great Wisdom
Who Moved My Cheese does a great job in outlining many of the typical human pitfalls.

“Who Moved My Cheese” leverages a fictitious story to share deeper truths of life.

In that, it’s similar to The Greatest Salesman in The World for sales books and The Richest Man in Babylon for personal finance books.

Alongside top reviews, it also had many bad reviews by people who are annoyed by the fable format and the repetitiveness.

And while I’m not a big fan myself of the fable format, “Who Moved My Cheese” hits on many key psychological pitfalls we all have as humans.
And I think the author does a great job at mixing entertainment with important life and self-development truths. 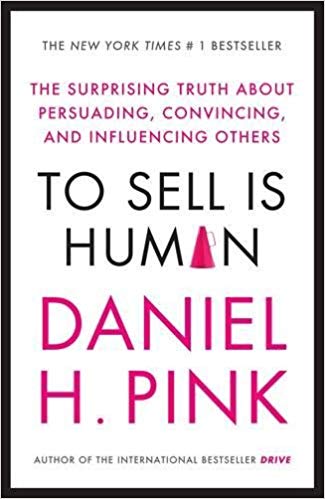 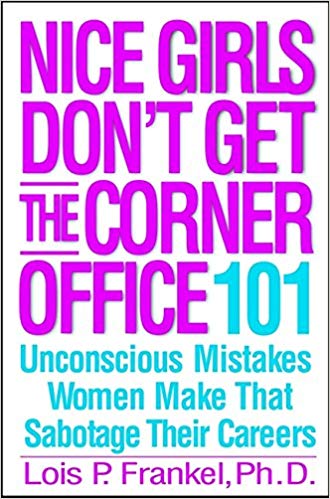 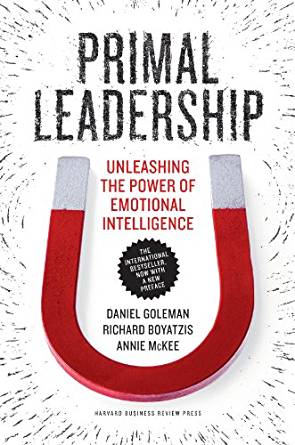