The Blank Slate (2002) states that the social sciences have been the victim of an unscientific, biased ideology of “cultural determinism” whereby culture drives behavior and attitudes, and never genes.
The Blank Slate shows instead that nature and genes matter and, often, matter more than culture.

About the Author: Steven Pinker is a popular science author and an experimental psychologist and currently a psychology professor at Harvard.

Pinker says that “The Blank Slate” does not say that it’s all about the genes.

Depending on the trait we examine culture or genes can matter more but, in most cases, it’s a mixture of the two.
Overall, both genes and the environment are equally important.

However, we still need a book to remind us of the obvious: that genes do matter.

Why We Need to Defend Genes, Nature & Biology’s Role

The author makes the point that still to these days it’s incendiary to say that genes have a role in people’s actions, temperament, and skills.

Some authors have been scolded and for saying, for example, that:

The author says that even to these days, an extremist position that says that culture is everything is still seen as moderate while the moderate position of 50/50 is seen as extreme.

Steven Pinker refers to the blank slate as:

The idea that the human mind has no inherent structrue and can be inscribed at will by society or by ourselves.

The blank slate, the author says, has become the secular religion of modern intellectual life.

My Note: I couldn’t agree more with this.
I remember heated arguments with university colleagues where I always alone against a bunch of “intellectuals” who embraced the blank slates.

The Mistaken Assumptions of The Blank Slate

The blank slate is based on two mistaken assumptions:

And one fallacious attitude:

But she was wrong.

The truth is that most human societies have engaged in war and aggression and almost no society has approached sex as a simple act to be freely enjoyed at will.
And that is for a simple reason: aggression is part of the human makeup (together with opposing tendencies that can foster common good).

The author also pokes some good-humored fun at the limitations of ethnographic observation, and he is spot-on:

Imagine anthropologists studying the peaceful Europeans between 1918 and 1938

LOL I love that quote :D.

Steven Pinker dismantles the most extreme versions of three major scientific developments that have been (mis)used to deny the complex human nature:

Most gay men cannot be reversed by experience. Some parts of the mind just aren’t plastic.
And no discovery about how the sensory cortex gets rewired will change that fact.

Parenting is Not A Role Anyone Can Take On

The most extremist blank slate theories see parenting as simply a role that anyone can take on, no matter if they are the actual parents or not.

However, statistics show that non-biological parents are far more likely to abuse, mistreat, and ignore their step-children.

This is because we have stronger inborn tendencies to care and protect our biological children than random children.
Again, this is another example that we all have inborn tendencies and that not all are culturally acquired.

Liberal and conservative attitudes are heritable not because attitudes are synthesized directly from DNA, but because they come naturally to people with different temperaments.

Conservatives for example tend to be more conscientious, authoritarian, and rule-bound.

Parity of Outcomes is Dangerous and Wrong

When we consider people and genders are the same -which we are not- dangerous policies that force equality of outcomes can become the norm (communism, gulag.. And the current policies that seek to force a 50/50 gender split).

Albeit we are 6 billion, the variations among single individuals are small among humans (it’s bigger among chimpanzees even if we are many more).
This is likely because less than 100.000 years ago we went through a population bottleneck.
Since then we didn’t have much time to accumulate lots of variations and our current differences in hair and skin colors are rather skin-level deep (pun intended).

We can, for example, discuss why it’s “natural” for men to seek more sexual partners.
But that does not exonerate cheating and philandering.

In Blink Malcolm Gladwell says that blink decisions are often correct (and in another book of his, he regrets the tendency we all have to make snap decisions based on stereotypes).

Steven Pinker takes a more scientific and moralistic-free view on stereotypes.
He simply says that, more often than not, stereotypes are not random and/or wrong as most people assume but they are often quite accurate and confirmed by statistics.

The noble savage theory and some intellectuals wished to attribute all evil and wrongdoing to culture, society, lack of options, bad parenting, or poor education.

Unluckily, it’s not like that.
There is plenty of evil, there are biological reasons for evil (a small number of parasites can thrive in an otherwise honest population) and some of it is inborn.

The author mentions sociopaths, psychopaths, and people who are in between and present Machiavellian traits without being full psychopaths.

When you have any bell-curve distribution, the differences are small on the average will be far larger at the extremes.

Women and men present a bell curve distribution with men far more represented on the extremes (men are far more likely to win “Darwinian awards” and dying in the silliest ways possible).

On average male self-esteem is more tied to status, salary, and wealth. They also highly correlate to their attractiveness as mates, and that’s one of the reasons why men are more likely and more willing to work harder and longer hours.

The peer group has a larger impact on how children turn out that the parents do.

My Note:
But then again, parents can heavily influence which peer group the children grow up with for example, by deciding where to live.

On war and human nature:

People all over the world have reflected over the futility of voilence.
At least when they are evenly enough matched with their adversaries and noone can prevail.

On violence and human nature:

With violence, as with so many other concerns, human nature is the problem.
But human nature, is also the solution.

On feminism and salary disparities:

On feminist messages to women:

We should not be sending gifted wmoen the message that they are less worhty and less valuabe, lazy or low in status if they choose to be teachers instead of mathematician, journalists in stead of physicits or laywers instead of engineers.

On truth, hope, and liberation.

People hope to God that it isn’t true. But the truth doesn’t care about our hopes. And sometimes it forces us to revist those hopes in a liberating way.

The author says that feminists shouldn’t complain when people advice women not to go out alone at night with mini-skirts because that’s simply sensible advice.

Pinker then says that if something bad happens, it’s akin to leaving a car parked in the hood unlocked and with the keys inside.
He says that the police should investigate, but still, an external observer has the right to think “you stupid idiot, what the hell were you thinking”.

In a way, he’s right.
Yet, I’m not a big fan of that line of thinking.

There are plenty of places and societies where women can go out alone at night with mini-skirts.
If we want to have safer societies, we can’t accept Pinker’s stance of normalizing aggression and rape -and yes, rape is “natural”, but that doesn’t it make it right or acceptable-.

Albeit I loved “The Blank Slate” and agree with everything, it’s not purely scientific and it’s a crossover between personal philosophy, opinions and science.
I must agree with Allen Orr that this is “soft science”.

I agree with Steven Pinker that the current intellectual climate favors culture over nature.
I have experienced it myself as a student.

But I also must agree with the critical review of Louis Menand.
Menand says that to make his point, Pinker sometimes exaggerates “the other camp” and exaggerates their traits (ie.: a strawman attack).

Sometimes I felt that the author exaggerates the weight of nature over parenting.
Albeit he states otherwise, at times it felt that with the studies and stories he was quoting he was implying that parenting mattered little.

Pinker relies heavily on Chagnon’s research and data to draw conclusions about human nature, war, and violence.
And does so both in “The Blank Slate” and in “How the Mind Works“.

However, Chagnon has been heavily criticized.
And it’s not just the left, the criticism of his number seems potentially well-founded to me (Fry, 2012).

One of the best analysis of the differences between men and women.

One of the few good analysis you will find on gender inequality, fairness and policies.

The biggest pearl of wisdom, in my opinion, is that the current drive to achieve “parity of outcome” is dangerous both for society and, even more so, for the individuals.

Steven Pinker has been criticized for being a “right-wing” and “hereditarian” (Nancy McLernan, 2019).

And frankly, I cannot fully disagree.
In his rightful stance against what Tooby and Cosmides dubbed the “Standard Social Science Model”, Pinker sometimes seems to go too much in the opposite direction, and he himself ends up being ideologically driven.

Pinker can’t stop harping on about “feminists”, “left-wing researchers” and “anthropologists of peace”, sometimes doing so with the typical attitude of the smart alec bully (see Sapolsky’s comments in “Behave“).

I think we could all do with less competition and more scientific search for truth. Learning something from the other side, and let science and factual work speak for itself.

Overall, I found “The Blank Slate” to be a wonderful book.
I enjoyed it through and through.

“The Blank Slate” also teaches human psychology and human nature from a “meta-level” point of view.
“The Blank Slate” teaches us about ideological warfare, and how “intellectual doctrines” dominate and squash dissent, all to the detriment of good science -and truth-.

I only give it four stars because I feel that Pinker becomes an ideologue himself. And sometimes he seems to go too far into the “nature” side.
Yet, it’s a book I highly recommend and that I am thankful for. 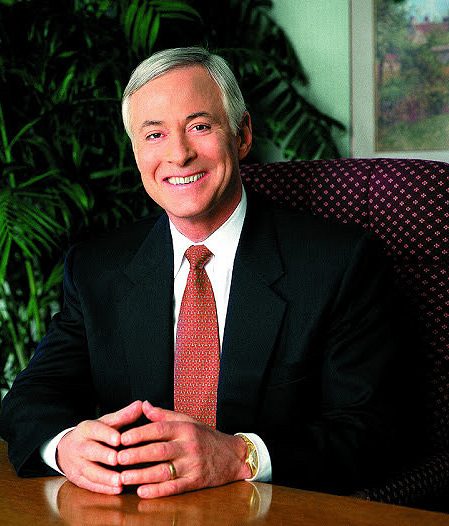 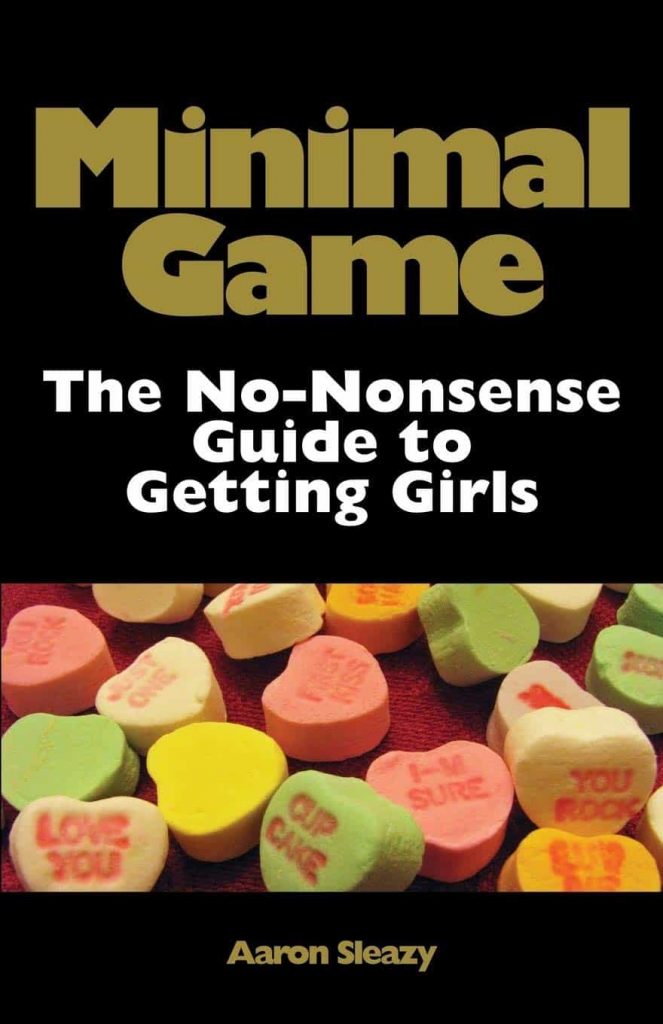 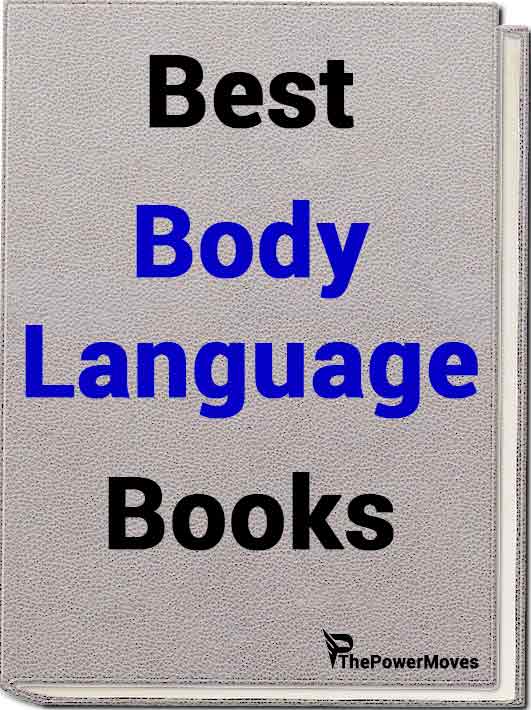