In “Anatomy of the State” (1974), Murray Rothbard presents and justifies his view of the state as a predatory entity.
The state does not produce anything in Rothbard’s view, but rather steals resources from the productive citizens.

About the Author: Murray Rothbard was an American economist of the Austrian School of economics.
He is one of the most important and authoritative voices of the libertarian movement, as well as the founder and leading theoretician of anarcho-capitalism.
He goes more in-depth on anarcho-capitalism in his book “For A New Liberty: The Libertarian Manifesto“.

Rothbard says that the government is not “us”.
The government does not in any accurate sense represent the majority of the people.

And even if it were “us”, it’s still not morally and ethically legitimized to make decisions in the name of the majority, since that would be coercion on the minority.
Going to the extreme to make his point, Rothbard says:

Even if it did, even if 70 percent of the people decided to murder the remaining 30 percent, this would still be murder and would not be voluntary suicide on the part of the slaughtered minority

If you listen to former mafia executive Sammy Gravano, he agrees:

Based on Franz Oppenheimer’s work, Rothbard says that there are only two ways to acquire wealth:

By now, you probably know where Rothbard places the government.
The government produces nothing, but feeds itself on the production of its citizens like a parasite.

The Government Needs the Majority’s Support

in order to continue in office, any government (not simply a “democratic” government) must have the support of the majority of its subjects.

Importantly, it’s not necessary for people to love or approve of the government to offer their support.
Says the author:

This support, it must be noted, need not be active enthusiasm; it may well be passive resignation as if to an inevitable law of nature. But support in the sense of acceptance of some sort it must be;

So, how do the elites secure this support?
In different ways, including:

How the Government Secures Support

The government has many techniques to secure support, including:

Why Intellectuals Support the State

The state needs intellectuals to provide the government with legitimacy.

Intellectuals also need the state, since intellectuals by themselves are not well-positioned to earn a living and make money.
So the state offers them a job, and a salary. And it becomes an exchange of “money for support”.

The Judiciary Support the State

Rothbard says that the Constitution interpreted by a judiciary supposedly independent of the other branches of government places limits on the government.
But the constitution’s limits tend to be ever-broadened, and the judiciary can then provide a stamp of legitimacy to whatever it approves as “constitutional”.

The State has, in the process, largely transformed judicial review itself from a limiting device to yet another instrument for furnishing ideological legitimacy to the government’s actions. For if a judicial decree of “unconstitutional” is a mighty check to government power, an implicit or explicit verdict of “constitutional” is a mighty weapon for fostering public acceptance of ever-greater government power.

The state fears anything that limits or takes away its power.

The state can only be overthrown by:

So the state focuses all its propaganda and effort on those two issues.
In war, the state manipulates people into believing that they need to fight for self-defense.
This is why the gravest crimes for the state are the refusal to fight, or the fight against the state itself.

I felt that Rothbard makes a great point here.
I quote him:

We may test the hypothesis that the State is largely interested in protecting itself rather than its subjects by asking: which category of crimes does the State pursue and punish most intensely—those against private citizens or those against itself?

The gravest crimes in the State’s lexicon are almost invariably not invasions of private person or property, but dangers to its own contentment, for example, treason, desertion of a soldier to the enemy, failure to register for the draft, subversion and subversive conspiracy, assassination of rulers and such economic crimes against the State as counterfeiting its money or evasion of its income tax.

Or compare the degree of zeal devoted to pursuing the man who assaults a policeman, with the attention that the State pays to the assault of an ordinary citizen. Yet, curiously, the State’s openly assigned priority to its own defense against the public strikes few people as inconsistent with its presumed raison d’etre.

I loved “Anatomy of the State” and Rothbard is an eye-opening author.

Yet, there are some important mistakes/misunderstanding the author commit and that one should take note of.
Also see “For A New Liberty Criticism“.

It should be clear that the peaceful use of reason and energy in production is the “natural” path for man: the means for his survival and prosperity on this earth. It should be equally clear that the coercive, exploitative means is contrary to natural law

If you’re a reader of ThePowerMoves.com, you probably already know, or feel, that there is something wrong with that.

One of this website’s credo is that humans have an aggressive, coercive dark side. And that some individuals have it more than others.
That is the nature of humans.

Rothbard’s mistake here can fall under the “naturalistic fallacy” as explained by evolutionary psychologists (for example, Kanazawa, 2007). Such as, that if something is natural, then it’s good and moral.
In this case, Rothbard does the opposite: what is moral, is natural. But that is not the case. In purely analytical terms, stealing is as natural as producing.

The state is (necessarily) born out of conquest and exploitation

For Rothbard, the state exploits and is born out of exploitation.

Since production must always precede predation, the free market is anterior to the State. The State has never been created by a “social contract”; it has always been born in conquest and exploitation.

As a good anarchist, Rothbard sees the state as an external imposition against human “nature”. Hence, any “sanctioned” authority is unnatural, illegitimate, and coercive. And must be fought.

Albeit I don’t necessarily disagree with the state being coercive, I see it differently.

Any group of humans naturally develop hierarchies and leadership, with the leadership being those at the top of those hierarchies.

That leadership has an outsized say in how the group governs itself, and that is not necessarily a bad thing, since the leadership tends (tends!) to go to the more driven, resourceful, and knowledgeable folks (and the more power-craving, too, of course).
As the group grows to the millions, and people don’t all know each other anymore, that leadership naturally becomes far removed, grows in complexity, and must be formalized.
That’s the government.

In that sense, the government is the natural outgrowth of human’s tendency to elect a leadership of people for self-government and self-policing.

Rothbard Denies Any Benefit of a Government

Rothbard sees no potential advantage in the government.

I see at least some.

By delegating some of those tasks and decisions making to the government, you are freer.

Black & White Approach: Government is ONLY Against Us

This is an issue with most ideologies, and the anarcho-capitalist ideology is no different.

By refusing to compromise, or to see exceptions, ideologues can be more persuasive and “sexier”.
But they are also less truthful, since reality is often more about shades of grey, and with lots of exceptions.

In this case, the government can sometimes be predatory and, in a way, there are some (some!) parallels with the mafia
But it can also add value, it’s not nearly as coercive as the mafia, and it can also promote increased world well being by better cooperation -which, in my opinion, it does, and that without governments it wouldn’t be necessarily acccomplished by the “forces of the free market”-.

The state only wastes money (and thus, robbing the state is OK)

When a private citizen is robbed, a worthy man is deprived of the fruits of his industry and thrift; when the government is robbed, the worst that happens is that certain rogues and loafers have less money to play with than they had before.

This is a dangerous line of thinking.

The notion that “stealing from the government” is OK could easily be used as an excuse to mask far more self-serving goals in the guise of fake Robin-Hood pro-sociality, which is something that the mafia takes advantage of.

On the manipulation of nationalism:

If “Ruritania” was being attacked by “Walldavia,” the first task of the State and its intellectuals was to convince the people of Ruritania that the attack was really upon them and not simply upon the ruling caste.

In this way, a war between rulers was converted into a war between peoples, with each people coming to the defense of its rulers in the erroneous belief that the rulers were defending them.

This device of “nationalism” has only been successful, in Western civilization, in recent centuries; it was not too long ago that the mass of subjects regarded wars as irrelevant battles between various sets of nobles.

On the manipulation of war as citizens’ self-defense.

The fallacy of the idea becomes evident when conscription is wielded against those who refuse to “defend” themselves and are, therefore, forced into joining the State’s military band: needless to add, no “defense” is permitted them against this act of “their own” State.

Wow, what a book.

Let me preface this:

I don’t agree with everything.
I think the author misses out on some important benefits of the government, and he holds too rosy a view of anarchy.
But this is still mandatory reading for understanding the world.

First of all, I must thank Stef for putting this book and author on my radar.

See here the discussion on this topic:

Check out some of the other best red pill books, and best books on power. 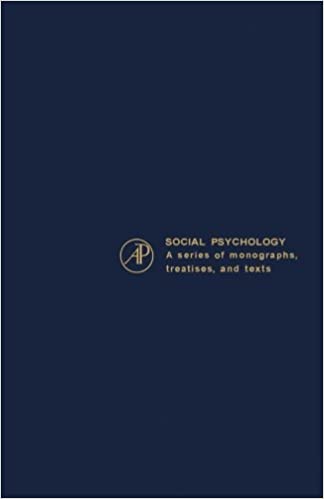 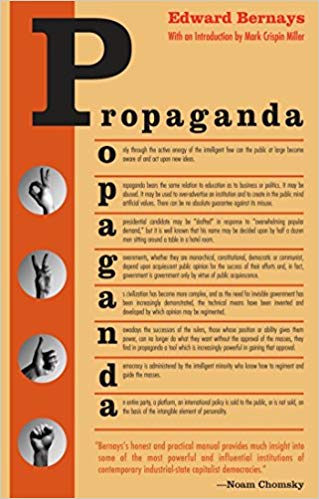 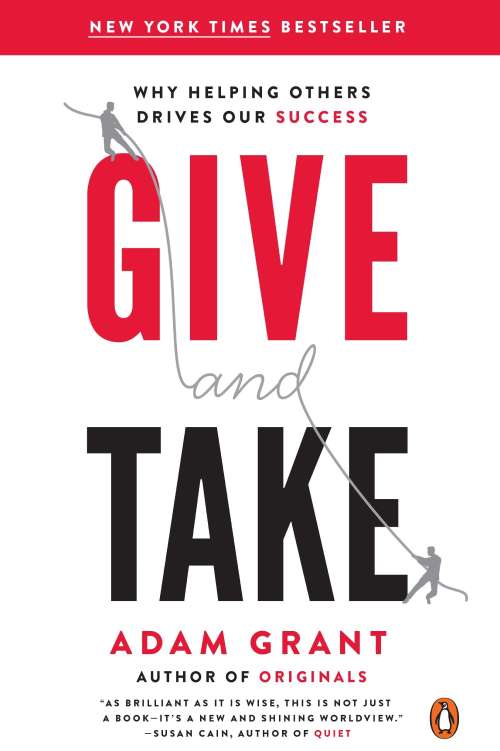 How old are you? Power moveby Ali Scarlett2 mins ago