Getting Past No is a popular book on negotiation. It teaches how to negotiation when things get difficult, when it seems like you reached an impasse, or when your negotiation partner is refusing to negotiate.

About the Author: William Ury is an American anthropologist, academic,  and negotiation expert. He is one of the co-founders of the Harvard Program on Negotiation and, based on what he learned on the HPN, he previously co-authored the negotiation classic “Getting to Yes“.

William Ury first addressed the causes of poor negotiations which are more likely to lead to a “no”.

He summarizes them into five high-level stumbling blocks:

The 5 Steps of Getting Past No

William Ury lists five major steps for dealing with difficult negotiations, and they are:

It takes two people to escalate, but one is enough to avoid an escalation and bring it back to a more productive.

When you overreact emotionally you become part of the problem.
Going to the balcony allows you to avoid those nasty escalations that lead to lose-lose arguments.

But going to the balcony also means that you avoid caving in when you feel the pressure is getting too high.
Your worst enemy is yourself: you can only make the concession you’ll later regret.

Listen & Step Into Their Side

Every human being has a deep need for recognition. By listening to them and acknowledging their point of view, you help them feel recognized and treated like human beings.

That greatly enhances your chances of negotiating for win-win.

These are the steps to effectively step into their side:

Listening is the cheapest concession you can make

William Ury talks here about moving from positional negotiation (ie.: this is my position VS yours) to a mutual effort of problem-solving.
This is the key tenet from his other wonderful book Getting to Yes.

Whenever the other party goes into positional and confrontational bargaining, you must reframe it to a more helpful win-win approach. Here’s how:

Avoid questions with one-word answers. For example, if you ask “can we make an exception to the policy” it’s too easy for them to say no.
A question like “OK, what could we do to find a way here”.

To move towards possible cooperative options for agreement.

The idea is that you let them move towards the issue with their proposal instead of telling them.

When they come up with a solution that is one-sided to move towards more independent standards of resolution.

Whenever you get an insult and a comment, drop the insult and only focus on the positive side of the comment.

Alternatively, you can reinterpret what they said as if they meant whatever is useful to move the negotiation along. 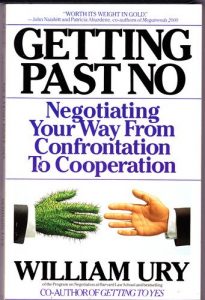 Some great, great power moves pills on this.
For example:

If you want to gain time but don’t want to make it seem like you don’t trust them or that you are indecisive, you can say that your lawyer insists in checking contracts out… “you know how lawyers are”.
Or you can say “you put a lot of thoughts into this didn’t you” and then you add “well I’d like to do the same”, fold the proposal and put it in your briefcase.

In the chapter on “stepping into their side” William Uryr says you must paraphrase their position.
When they can confirm or correct you, you also give them control and a feeling of control and satisfaction.

Great, great observation there, I had never thought about it before.

When he chooses one of your options, it becomes his idea.
I might add here, it’s even better if you allow him to flash out that proposal.

If they still don’t bite, you can end with a statement about what the consequences will be.
For example: “I got a job offer that would help me earn more. I’d like to stay here, I enjoy working with you, what should I do… “

When you punish someone, you increase the chances of escalations, mutually destructive behavior and lose-lose.

Instead, if you must use force, do in a way that it won’t destroy your relationship.

Your goal is to show that not agreeing is the worst solution for them than agreeing.

Always remember to provide them a way to save face when they go back to the negotiation table (also read: how to make friends and influence people).

Bring them to their senses, not to their knees

Getting Past No is a wonderful book with little cons, but I could find a few blemishes:

William Ury makes a great point that ego and thin emotional skin get in the way of effectiveness.

And I totally agree.
Yet a few times his characters’ examples ended up being too lenient in my opinion.

A budget director, for example, tells a department’s head that she had already put his name in the list of the budget cuts. Without talking to him first.
In the example, he totally ignores her action and keeps focusing on a solution.
But her action was very disrespectful and she went over his head: that set a bad precedent. He should have definitely addressed that and defended his boundaries.

All the basics of effective negotiation against difficult people are here.

There are plenty of examples in “Getting Past No”, and many of them are really good.

“Getting Past No” is a wonderful text on negotiation.
All the basics of dealing with difficult negotiators are here.

That doesn’t mean that negotiating will become easy: moving past your ego, the central tenet of “Getting Past No”, is not easy.

But once you know what’s good, you can at least train towards it.

Check the best negotiation books or get the book on Amazon 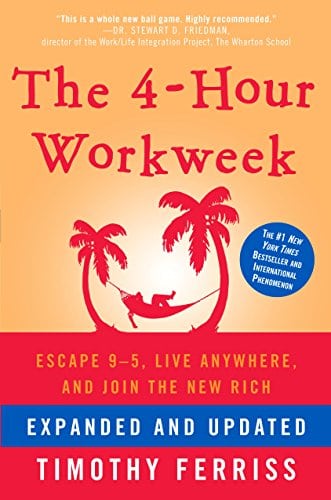 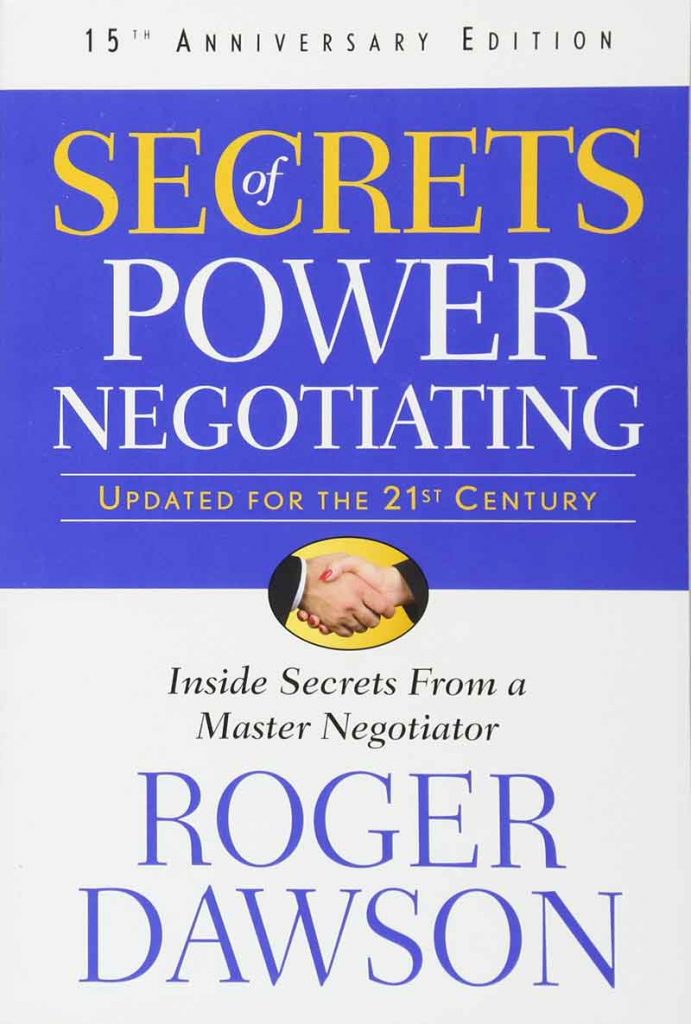