The Dangerous Case of Donald Trump is a book by 27 psychiatrists and psychologists who assess and analyze Trump with one big question in mind: is it safe for the world to have Trump as US president?

There are too many authors for me to keep track on the audiobook, hence I will refer to “authors” without specifying names.

The author guesses that Trump stopped his emotional growth at age 13.
Without therapy present hedonist do not mature beyond their age of trauma.

Extreme present hedonists have impulsive thoughts that lead to impulsive actions. Sometimes digging their heels to avoid the consequences of their actions.

When in a position of power, it’s the people around the extreme hedonist that have to scramble to make up for his initial impulsive actions.

As a present hedonist Trump is unfit to be a president.

Narcissists have a huge ego that always needs feeding and recognition.
However, they actually have a very fragile ego. That means they cannot handle criticism.

They also see other people as simply mirrors: only useful as long as they reflect the special view of themselves that they so long to see.

Craig Malkin says that on a scale from 1 to 10, being between 4 and 6 is actually healthy.

The vast majority of healthy people do feel a little special, even if only privately. They are more optimistic, happier and more consistently confident than people on the lower end of the scale.
And executives in the middle of the scare are rated as far more effective than those with too little or too much.

In that case, it’s a slightly unrealistically positive self-image. Imagine it like slightly rose-tinted lenses: they change the perception of the world around you, but not so much as to change reality.

Narcissism is bad though when you are at either end of the scale.

However, one author says: almost all presidents would score high enough to be considered narcissists.
However, the more it raises, the more likely it is that it becomes counterproductive and leading to behavior such as stealing, breaking the rules, extra-marital affairs and cheating (on taxes for example).

At the heart of pathological narcissism lay three dangerous “EII”:

Types of Narcissists: Trump is Grandiose

There are many types of narcissists, and the ones we are more familiar with are the extrovert types. They are known as “obvious”, “overt” or “grandiose” in the research.

This type of narcissists seeks and craves the spotlight.
And Trump is this type of extrovert, loud narcissist.

Relational aggression, often referred to as emotional bullying, is a sneaky type of bullying that manifests as social manipulation.
(…) Goal is to ostracize others to gain social standing and to control others

Indeed, I can convene Trump has shown at times a type of behavior which could be considered as bullying.

Is Trump a Sociopath?

The first author makes that case that Trump might be a sociopath.
A sociopath does not have an impaired empathy, but a total lack or almost total lack of it.

When narcissism and sociopathy combine, they form a patter called malignant narcissism. They are so driven by their desire to be special that everyone around is just a pawn for their self aggrandizing.

Lack of Self Esteem

Trump lacks self esteem, which leads him to take action to prove himself to himself and to the world.

My Note: This Might Be Incorrect
There might be some truth here, but it’s not presented correctly. As psychologist Baumeister shows, abusive people have big egos, but fragile self-esteem.

Trump can devolve into survival mode at moment’s notice.
He has few calm in between states, and is often attacking and counterattacking as if his life depended on it.

Trump doesn’t trust anyone.
And he sees the world as a place of sharks where you are either a victim or you victimize others.

Craig Malkin says that equating mental illness with incapacity stigmatizes the mentally ill and is not always correct.
Instead, what’s key is danger to themselves or others.

A diagnosis of NPD (narcissist personality disorder) does not by itself mean that a leader will be ineffective.
Steve Jobs likely had NPD (abusing staff).
He was probably a high functioning NPD, such as he could maintain “good enough” relationships and keeping his outbursts from completely blowing up the workplace.

Functional Impairment Should be Measured

Craig Malkin says that instead of measuring mental illness, we should be measuring functional impairment.
Such as how much their mental state -or illness- allows them to manage their tasks, their relationship and their feelings when it comes to decision making without causing danger to themselves or others.

NPD can lose touch with reality in ways that can become dangerous.
For example, when reality does not allow them to be admired and recognized as they crave, they need to “bend or invent” a reality in which they remain special.
When that happens, narcissists become dangerously psychotic.

Malkin makes the point that Trump might be at this stage as he denies having said statements that are on record and can easily be checked.

Dangerous is Not a Psychiatric Diagnosis

We shouldn’t worry whether Trump is mentally ill, but if he is dangerous.
And dangerous is not a psychiatric diagnosis.

One does not need to be mentally ill to be dangerous, and the association between violence and mental illness is tenuous.

Some authors say that Trump shows some traits which are in common with abusers as well. Like for example overreacting when he feels his ego threatened.

With his daughter, Trump said that if he wasn’t happily married and his father, he would date her. And seemed to go happily along with a radio host telling of Ivanka that “she is a piece of as*”

Let’s All Be Less Complacent
We have enjoyed a few centuries of democracy now and we might have grown complacent that it’s a safe system to guarantee peace and prosperity.
But two centuries is nothing.
And we shouldn’t be complacent about it.
Let’s all remind ourselves that it’s our duty to contribute to a prosperous and peaceful world

Sometimes Feels Politically Biased
Some passages sounded politically-motivated.
A Jewish doctor discussing how the most conservative fringes of his family think and behave, for example.
Or I quote another example here:

(…) And offered loving support to those who suffered hatred.
(…)
That’s us, that’s the United States of America

I cringed a bit there.
We didn’t need an author who pretends to speak for a whole nation.
We wanted expert’s opinion on mental health. With evidences and video examples I can check please.

Lawsuits And Protests as Evidence?
Sometimes I find very shaky grounds on which to “accuse” Trump that had little to do with a clinician’s opinion.
For example lawsuits of sexual harassment. Lawsuits cannot serve as evidences. Just consider that in the US millionaires are simply easier targets to make  a quick buck.
Or another bit in the book mentioned about the protest against Trump’s victory as the largest in US history. Again, that says nothing.

Fluctuating Quality
Some authors wrote incredibly deep pieces that enlightens the readers and taught me so much -Craig Malkin was my favorite-.
But some other authors were not as engaging and deep.

Some Weak Accusations
Sometimes it felt as the authors were just out to tell us how “bad” Trump is.
Most people knew that.
I think The Dangerous Case of Donald Trump would have strongly benefited if it had only been about impartial analysis.
For example, speculating on how Trump would have performed poorly on the Cuban missile crisis shouldn’t have any place ere.

Same Topics Over and Over
As every new author takes over, they sometimes repeat topics that other authors have already said.
For example we didn’t need to hear about the Goldwater Rule more than once. And we didn’t need to hear that military personnel must go through mental examination but the president doesn’t.
It’s true, and it’s important, but once was enough and would have saved time and space to make the book even more popular and widespread.

At Times Unscientific & Unprofessional
I quote what one of the authors -one of my favorite BTW- says:

The underlining is mine of course because, ehm, well… No doubt?
Psychiatry is not an exact science. And anyone giving diagnosis from afar, to someone whose language they don’t even understand is bound to come across as (highly) unscientific. 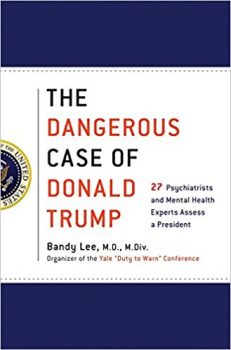 Great to Understand Psychology
You really get a lot of different opinions on the same person, which makes The Dangerous Case of Donald Trump a fantastic resource to learn more about psychology, psychiatry and mental disorders.
Loved it!

Great to Understand Narcissism
Since so many authors suggested Trump might be affected by NPD, you get a lot of comments on narcissism from high expert in the field.
Also not bad for sociopathy.

I listed a lot of cons, but I enjoyed The Dangerous Case of Donald Trump.

Both as a warning against the dangers of an unfit president and to learn more about psychology and psychiatry.

But it’s up to each one of us to make it possible that we avoid worldwide disasters and we all move forward together.

Let’s all remind ourselves that it’s our duty to contribute to a prosperous and peaceful world.

Check out the best psychology books, best dark triad books or get the book on Amazon 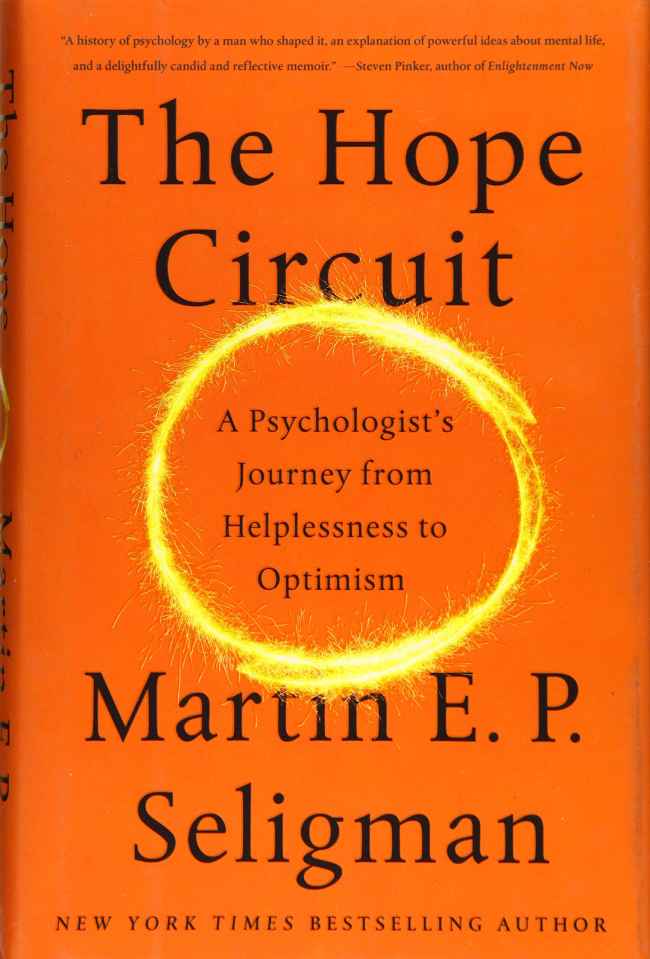 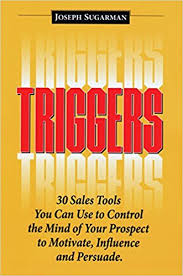 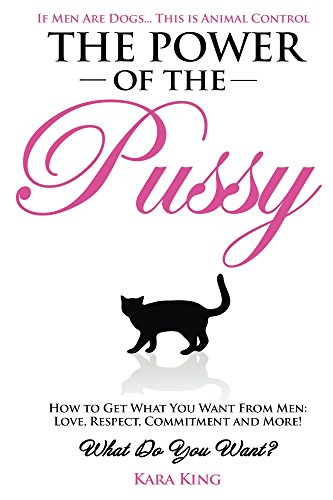