The Prince is a 16th century classic of political strategy, power, and effective governance.
It’s been heralded as the first treaty of realpolitik and “Machiavellianism” has since become synonymous with cunning, and callous manipulation.

About The Author: Niccolo Machiavelli was an Italian diplomat and  politician in the Florentine Republic.
He was also a philosopher and writer thanks to his book “The Prince”. he has often been called the father of political science and modern political philosophy.

A quick foreword: Machiavelli has become a synonym of cruelty, backhanded tactics and amorality.

I beg to differ.

While he writes with no moral and ethical filters and advocates for “whatever works”, his message is that it’s best for a ruler to create a peaceful and prosperous reign.

Could anyone disagree with that?

If a good ruler gives way to those who are not good, guess who will rule?
Let’s not leave the world to the bad apples. Let’s all learn some Machiavellianism for when we really need it:

Look at The Reality of How Things Are

Long before Ray Dalio made “love reality” a principle, Machiavelli teaches us to look at the reality of what works and what people do, and not what they say and profess.

This is a principle that I espouse on this website.

A good person is bound to be ruined among the great numbers who are not good.

And that’s another principle this website wholeheartedly embraces.
The prince who wants to hold on its power must learn how to be bad when necessity arises, says Machiavelli.
Read more here:

Once you learn to be bad, you need to learn how to appear good.
The vulgar crowd will always be swayed by the cover of the book, says Machiavelli. And the vulgar far outnumber everyone else.

Everyone sees what you appear to be, few experience what you really are

I love this one.

If you need to wage war on an enemy, don’t hit lightly so that take revenge. But either show no animosity or destroy them.

So if you have a bad boss for example, either you get him fired or accrue all the evidence to sue him and win, or be nice to him until you can. As Sun Tzu says: only wage wars you can win.

If you must injure a man, make your injury so severe that you need not fear his revenge

4. Do the Popular, Delegate the Difficult

Delegate those tasks that are difficult, unpopular and likely to make you enemies.

And keep for yourself the tasks that are popular and that will make you loved.
Cesare Borgia for example sent one of his captains to subdue a rebellion with strength and cruelty. Once the region was under control, the people hated the new rulers.
Borgia then had the captains killed in public display on the square. And he provided food and entertainment.
Now everyone yells “long live to Cesare Borgia”.

My Note:
Wow. This was really, deeply amoral.
I would probably draw the line at this behavior unless you could find some terrible captain deserving of execution and you send him to a final mission.

I feel that Machiavelli might have been one of the first authors to understand the power of a growth mindset and of an antifragile ego.

Strength should always be accompanied by cunning. And cunning should not exist without the backing of strength.

Always back your words with the power to enforce them

7. Assess People by Those Around Him

… Much before Jim Rohn ever did, Machiavelli said that the first way to estimate a ruler’s intelligence is to look at the people he has around him.

8. It’s Safer to Be Feared Than to Be Loved

And finally, the rule Machiavelli is most famous for.

Being loved is good, but it’s based on the principle of obligation and reciprocity. And those are easily broken by people’s natural propensity to self-interest, says Niccolo Machiavelli.

If a prince should choose between being feared or being loved, he should go for being feared.

However, Machiavelli also says, the goodwill of the population your rule on is better than any fortress you can build.
That’s why he says that an act of violence and cruelty is OK, but you should then focus on bringing peace and prosperity.

One act of cruelty!
Machiavelli says that the prince must sometimes use violence and cruelty, but once he has achieved his goal he should revert to building goodwill.

If cruelty is needed: commit them all at once

Win by deception
Don’t win by force when you can win with deception. Saves you energy and time and it’s cleaner and neater.

Back your claims with the strength to defend them
The wise man knows that nothing is as unstable and uncertain as power or fame not founded on his own strength.

You own nothing without the strength to back your claim 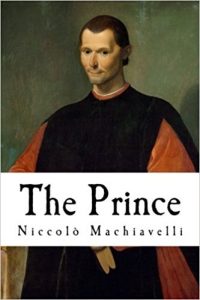 Needs some history background
Italy of Machiavelli’s days saw a proliferation of smaller states and fiefdoms that was heaven on earth for power games and power moves.
But to get the most out of The Prince some background knowledge will help because Machiavelli doesn’t always do it for the readers.

Great wisdom
What Machiavelli says makes a lot of sense.

Good cause
At the end of the day, Machiavelli recommends all his underhanded techniques for a good cause: installing a good ruler, bring peace and freeing Italy from the barbarians.

The Prince is a classic of political science and a fundamental book for this website and its mission.

Machiavelli’s fellow countryman Giulio Andreotti, the most successful politician from the second world war till this day, was said to sleep with a copy of “The Prince” on his bedside table.

The Prince: A Crucial Text for Self-Development

The Prince is a fundamental text for true self-development and growth.

What do I mean by that.

By that I mean that good people need to learn to be bad.

Incidentally, that also makes “The Prince” one of the best books for social well-being.

If people with morals and with good intentions don’t learn how to be bad, power will always go to the bad apples.
It’s simply a law of nature: while the good guys shy away from what it takes, the bad ones stop at nothing.
Of course the bad apples win out!

Now you see where I’m going: we need good people equipped with the same weapons of the bad people!

The Prince is the Godfather of power dynamics literature, including the modern “The 48 Laws of Power“, “The 50th Law” and “33 Strategies of War“.

And, in a way, we find a touch of Machiavelli also in the message of Jordan Peterson, author of 12 Rules for Life (in the idea of the need for evil in good people).

The Prince is not as easy and not as “marketable” as the above titles, which were written with big sales in mind.
But Machiavelli is a genius, and The Prince is a classic.

How to Apply The Prince (& Machiavellianism)

And here are just a few examples:

One last word of warning: there are many versions of The Prince, and some are horribly curtailed.
Watch you get a proper, full translation. 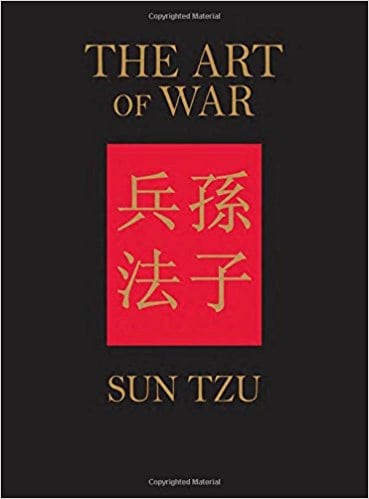 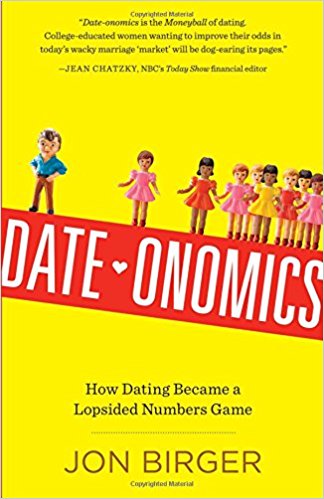 Keeping your power when you have …by Lucio Buffalmano25 mins ago

My Journey to Powerby John Freeman47 mins ago