The Wisdom of Crowds is an analysis of group dynamics and decisions making. ‎James Surowiecki, the author, makes the case that groups usually reach better decisions than individuals, including individual experts.

James Surowiecki is a journalist, former staff writer at The New Yorker, where he wrote the “Financial Page” column.
He was previously at Slate, a publication which articles I often enjoyed.

Obviously, Surowiecki lacks a background in sociology or psychology but that, in my opinion, means little if one takes care of his own education.

James Surowiecki uses several examples to make his point, including:

Surowiecki takes even further by saying that crowds reach better decisions if they are composed of not-so-knowledgeable and not-so-smart agents.

Page is Larry Page, and the author attributes the success of Google to Google tapping into the wisdom of crowds.

The problem with intelligence or knowledge is that intelligent or knowledgeable people tend to resemble each other and the difference in perspectives decreases.

That doesn’t mean that intelligence or knowledge are irrelevant: they are not irrelevant, and they’re both crucial traits.
But it does mean that diversity is, indeed, extremely valuable.

#2. The Proofs That Crowds Are Smart

The author says that the fact that very few people can beat the market is proof that the crowd is very good at making decisions.

If so few people can beat the market, why do we cling to the idea that the right expert will save us?

Quoting “Fooled by Randomness” the author also says that those who do eventually beat the market are rarely beating the market because of their expertise but simply the product of randomness.

#3. You Need 5 Elements For A Wise Crowd

Not all crowds are wise and, as we shall see, some of them are irrational and plainly do stupid stuff.

Here are the 5 elements which are necessary for a wise crowd:

The top three are the conditions for a group to be “intelligent” and reach wise conclusions.

To make the group functional and to keep working the system also needs:

#4. Limitations of Wisdom of Crowds

The author also goes into sociology and social psychology.

he talks about the herd behavior and a few well known sociological experiments.
And he says:

A cascade of information is what leads to herd behavior even if we are not in the physical presence of a group.

That’s where overconfident people come in handy: they value their own personal information and conclusions more than the group’s conclusions. They make the public information seem less certain and they encourage others to question the group conclusions.

When it comes to cooperation, we can differentiate among different kinds of individuals.
The author quotes Fehr and Gaetcher (Fehr and Gächter, 2000) saying that:

James Surowiecki ends up discussing topics that have little to do with “wisdom of the crowds” but that are equally, if not more, interesting.

He talks about taxes as an example of a cooperation problem.
For a group to cooperate, he says, people must feel that:

My Note:
This is very good social psychology

The author delves much into behavioral economics and talks about the willingness of people to punish bad behavior even when it will cost them to do so (a subset of “strong reciprocity“).

He says that albeit people don’t it for the common good, the result is the same: strong (and vindicative) reciprocators help make the world a fairer place.

I really loved this part as I always thought the same.

Groups can also thwart the collective wisdom by virtue of the power dynamics inherent in every group.

For example, you get the most dominant person to speak the most, albeit he might not necessarily be the most knowledgeable person.
And the more he speaks, the more people consider him credible and trustworthy which, again, can only compound the original problem.

The Wisdom of Crowds Quotes

On the paradox of the wisdom of crowds:

Paradoxically, the best way for a group to be smart is for each person in it to think and act as independently as possible.

Talking about the crowds of “Who Wants to Be A Millionaire”:

The experts did OK (65%). But they paled in comparison to the audiences. Those random crowds of people with nothing better to do on a weekday afternoon than sitting on a studio picked the right answer 91% of the time.

Talking about the wisdom of the crowd when the crowd has little knowledge to make a choice:

At the height of the Cold War half of all Americans thought the Soviet Union was a member of NATO.
Is it really plausible that Americans voters will really make sensible policy choices?

That says a lot about democracy :).

There is some criticism I must move to this otherwise good book. Some of it I found online and agreed, some of it I am moving it myself:

Once you add all the “exceptions” to the “wisdom of the crowd” it seems more like that the author is talking about statistical sampling rather than real-life group interactions.

The author makes the case that the wisdom of the crows works best with distributed intelligence systems where different people chip in, like Wikipedia for example.

But he does not mention the problems of such systems. It’s been the case for example that knowledgeable writer in Wikipedia have been corrected by less knowledgeable people and couldn’t get manage to get the truth across.

The idea that collective wisdom outweighs experts also presents counter-examples, like for example Kasparov beating “the rest of the world” in the chess match “Kasparov VS The Rest of The World“.

The crowd might also be poor in coming up with totally new ideas as the outliers get pulled back into the average of known and more popular solutions.

The author says that when the Challenger burned the stock market “knew” which company was at fault even though there was no official information as to which of the many contractors were to blame.

So what now, we go from “crowd wisdom” to a crowd of fortune tellers?

The author discusses some history of capitalism as well.

He makes the point that capitalism is built on trust and that we trust each other much more than we think we do (ie.: trusting that a tech product you buy online or at a shop is a huge act of trust).

He is right, but I don’t agree with his conclusion that trust developed because it’s profitable.
That would entail people all making a rational decision and sticking to it.

5. If scientific replication fails you should doubt yourself?

The author suggests that if a replication study fails then you should righteously doubt your own experimenting skills and not the original study.

I find that concept misguided and at the root of the herd behavior that the author himself discusses.
The fact that an experiment has been successful doesn’t mean it was “correct’ or that it describes universal truth, as it’s been made abundantly clear by the current replication crisis.

6. Some misunderstanding of how markets work

The author says that the hedge fund Long Term Capital Management was operating on illiquid assets and making very little money on each trade “vacuuming up nickles”.

But, he says, they made lots of money thanks to leverage.

But that doesn’t make sense to me, because more leverage in small markets and with small differences in prices will not make you earn lots of money.

When the trading volumes are too small more leverage is not helpful.

7. The Crime Against Italy

LOL this party had me laugh as I could see myself in the author description.

He is referring to Italy losing to South Korea in the 2002 world cup.

It was one of the best Italian teams ever, with the defensive line being possibly the very best ever (Buffon, Nesta, Maldini, Cannavaro, anyone who knows football could hardly disagree on the quality of those guys).

The author says that the Italians made up the conjure.
But no proof of corruption does not mean there was no corruption.

I personally still remain open to the idea that the match might have been fixed, and time has proven referee Moreno does not shy away from illegal activities.
The author also defends the referee’s background saying he’s been for years a FIFA official referee.
But says little, also considering FIFA’s CEO Blatter being a notorious scumbag.

“The Wisdom of Crowds” hare relatively low reviews and I don’t see why.

In many ways, what the author describes is similar to the system Ray Dalio uses in Bridgewater that he describes in his highly acclaimed book “Principles“.

I found “The Wisdom of Crowds” to be insightful in many ways. Its central tenet is controversial, but it’s well explained and it makes sense.
It’s not super strong when it comes to actual research because the beautiful anecdotal stories mean little in terms of proof.

Yet, the author sometimes -but not always- is also the first to criticize and expose the limitations of his own examples.

I can say that I really learned a lot from “The Wisdom of Crowds”.

Particularly, it made me less of an extremist in my critical approach to crowds and groups. And I am thankful for that.

In a nutshell, I have reservations about some of the claims but I can still highly recommend “The Wisdom of Crowds” to any social scientist and to anyone’s who’s interested in learning about people. 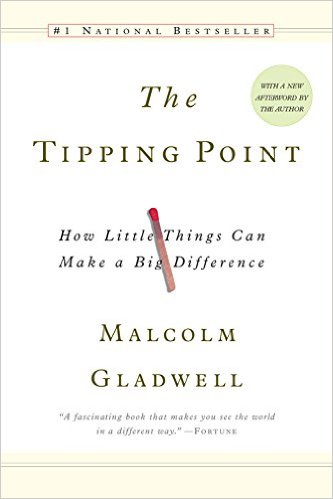 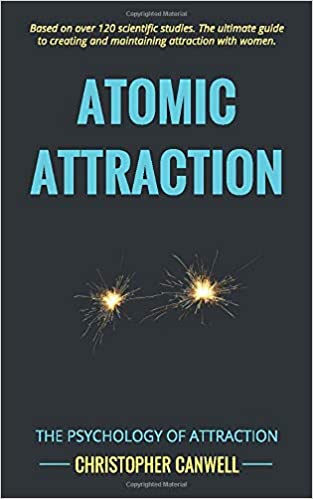 Amber Heard defense strategy: how …by Growfast10 mins ago

How old are you? Power moveby Ali Scarlett12 hours ago