What do you do when another girl is hitting on your boyfriend, or publicly flirting with him?

It’s always a difficult situation, and it’ normal if you get emotional.
But worries not.
By the end of this post, you will learn exactly how to put the bitch back in her place. When Another Girl Flirts With Your Boyfriend

Handling a woman who is flirting with your boyfriend is a very difficult social situation to handle.
Only the best, most socially skilled women can do it well.

Because this what most women do:

This post will help you to put the bitch back in her place without falling for either of those two extremes.

First of all though, always make sure it’s not all in your mind.
A bit of jealousy can even help the relationship,  but excessive and unjustified jealousy only ruins them.

Once you are sure it’s not just you but some girl is actually flirting with your boyfriend, then it’s time to think strategically:

If you snap at the flirting floozy, you are likely helping her out.

You are helping her shore support on her side while you’re destroying your value.

It’s usually very easy for her to say they “were just talking”.
And that’s what it will look like most people.
Worst is that men are often clueless or insensitive enough to indeed confirm the floozy’s version.
When that happens, she wins on all front:

Avoid any scene in public.
You only got much to lose.

At the same time:

Don’t pretend you’re cool with everything if you’re not.

Stuffing anger inside builds resentment leads to passive aggression and will only spoil your relationship.

See an example from Sex and the City:

And unless you’re being cunning and it’s part of a larger strategy, don’t be a friend with the flirter: she’s not your friend. The most aggressive homewreckers might interpret your friendliness as a sign of weakness, and as a green light to go ahead.

Also, avoid telling your boyfriend everything is OK if you were not happy with his behavior.
Talking about your jealousy might be difficult, but pretending all is OK not only kicks the can down the road, but it might make the problem worse.
He will think it’s OK to keep doing what he was doing, and you will grow more and more resentful.
That’s exactly what the homewrecker wants. Don’t give her that win.

In spite most advice tells you to avoid making scenes, it’s OK to run slipshod on the flirting floozy… In private.

You don’t have to, of course.
But you can.
It’s only in public that you must remain calm and collected.

But when you confront her when she’s alone, then you’re going for the clean killer job.
It’s just you and her. And if she runs her mouth around… It’s her word against yours.

Getting angry in public is a big no-no because the risk of looking socially uncool is very high.

But if you can stop her in a sexy, adroit way while you expend little effort, then it’s OK.

Why did it work well here?

She’s sitting comfortably and her boyfriend has his arm over her. The threat instead is all alone on the outside. By blocking her way it’s easy to keep the threat at bay while she’s standing out there in the cold.
What can she do?
If she perseveres, she’d look thirsty, overly aggressive and she would easily be socially ostracized by anyone else who’s watching.

You can do the same in similar situations, such as:

If you are far away, join the conversation and test the water.

Don’t necessarily introduce yourself as the girlfriend as that might seem very defensive. Use it as a test instead, and see if your boyfriend will introduce you as his girlfriend instead.

If your boyfriend doesn’t introduce you as her girlfriend, you can communicate so with your behavior.
Standing closer than social distance, putting a hand on his arm when you are asking something, or using an insider joke will all send the sign that she’s intruding.

Then, once it’s obvious you two are together, notice how she reacts.
If she keeps flirting once your relationship status is obvious, then you know that she is disrespecting you.

#6. Step In With Another Man

Few things will radically shift the dynamic as you walking on your boyfriend and another girl with a couple of men on the prowl.

They are like hound dogs who are going to go after the woman, and free your boyfriend from the threat.
Showing up with a couple of guys also sends a strong message to your boyfriend, and it shifts the dynamics in your favor.

What if you don’t have any male friend nearby?
That’s when you come up with a power move.

Tell one or two guys there is a cute female friend of yours you’d like to introduce and waltz in.

This is a very standard response.

It’s things like hugging him, kissing him, holding his hand.

It can come with a slight downside though, as it might send the message to your boyfriend that you are afraid of competition. Some men are happy about that as it confirms in their mind that they have power in the relationship.
Some honest men are a little bit put off by that behavior, because they think you shouldn’t need to do that.
And yet some other men might be reminded of how much they miss freedom -even when they don’t really miss it-.

So unless you’re really going great together, or using “mark the territory” as a sort of game you both run on each other, don’t overdo it.

#8. Flirt With A Couple of Guys (Make Your BF Come to You)

Here is a more powerful version of territorial pissing.

Make your boyfriend take action for you.

You go in and then once you feel that the time is right, ask him to do something for you or with you.
Maybe you need to sit down, or you want to go get a drink. Or he needs to introduce you to someone.

When you are able to move your boyfriend with you or, even better, have him move to do something for you, you send a super strong message.
The message is that: he is talking to you, floozy. But he takes action for me, you floozy.

And since action trump words: 1 for you; 0 for the floozy.

This can be very easy to execute and packs a devastating wallop on the floozy.

If the two of them are talking on in front of each other -as people usually do-, you enter the conversation by standing to the side of your boyfriend.
This sends a super strong message “us” VS “you”. “This is us here, and then there is… Wait, there is nobody else”.

See an example from the movie “Spread”:

The way the woman enters the scene clearly says “I’m with her, I’m supporting her, and you’re standing on the outside”. Message received loud and clear

What if She Knows You Two Are Together?

Let’s not sugarcoat it.

If she knows the two of you are together, she is an enemy.
She is communicating one of the following:

What to do with these type of women?

Some women try to befriend the aggressor.
That can work very well with men. But it doesn’t work nearly as well with women, unluckily.

How you act with these types of women depends on your relationship and on the level of threat she poses.
Working behind the scenes to keep your boyfriend away, which in literature is a form of “mate guarding“, can be a very effective technique.

If you are more on the aggressive side, a private conversation where you clearly tell her to stay away can also work well.
Show her that keeping up with her adulterous ways will cause direct troubles and you might give her a good reason to stop.

Indirectly helping her to find another man might also work if she’s looking for a boyfriend.

What If Your Man Enjoys It?

First of all, it’s not the end of the world.

Because that doesn’t necessarily mean all that much.
Indeed most men would enjoy a woman hitting on them.

Unless he’s a celebrity most guys don’t get hit on that often. So, in a way, it’s understandable, and common, that he could be all elated about it.

That said though, it’s definitely a positive signal that is missing if he doesn’t draw a line.
Because there are men who understand what’s happening and who are strong and sensitive enough to put your well-being ahead of their ego validation.

But if he doesn’t, hold your horses and avoid attacking him as if he had already eloped with the woman.
If the two were just chatting and laughing, that’s still within the confines of acceptable behavior.

We have examined a few effective actions you can take when another woman flirts with your boyfriend.

However, the ideal situation is you doing nothing and your boyfriend doing all the action.

He should step back from the flirtatious woman, physically and/or emotionally, and draw the boundaries.
A few ways he could do that:

And of course, if he really wanted to go overboard and sink her:

Of course not all men do that.

Some boyfriend sees the opportunity of another woman flirting with them as a way to assert (sexual) superiority on you. Some others will enjoy the ego validation or the social boost they’re getting for the evening.
They rarely realize when they are being played like a pawn and rarely understand that they are actually losing value in the process.

And what would really boost their value would be to gracefully but clearly deflecting her.
Just like this guy:

Finally, you can explain to your boyfriend what’s happening. Explain what he is getting out of it in terms of ego validation and that you expect more of him.
If that fails, the reverse question rarely fails:

You: how will you feel when another man will hit on me and I will go along with it?

Then monitor his reply and the successive behavior.
You never know, from that bad experience your boyfriend might even learn how to become a higher quality man.

A flirtatious woman hitting on your boyfriend can be a highly emotional situation.
Especially if she’s an attractive one and especially if he seems to gloat on it.

The first and most important step is to refrain from making a public scene.
Even if you want to take him aside to only berate him, don’t do it while you are still out as everyone will pick on it.

For the rest, follow this guide and, most of all, teach your boyfriend what’s the proper behavior.

If she’s just a random girl, take comfort in knowing that the chances of the two of them sleeping together are objectively very low. 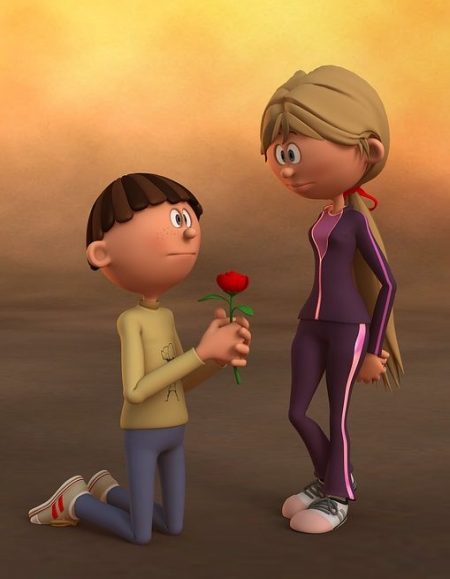 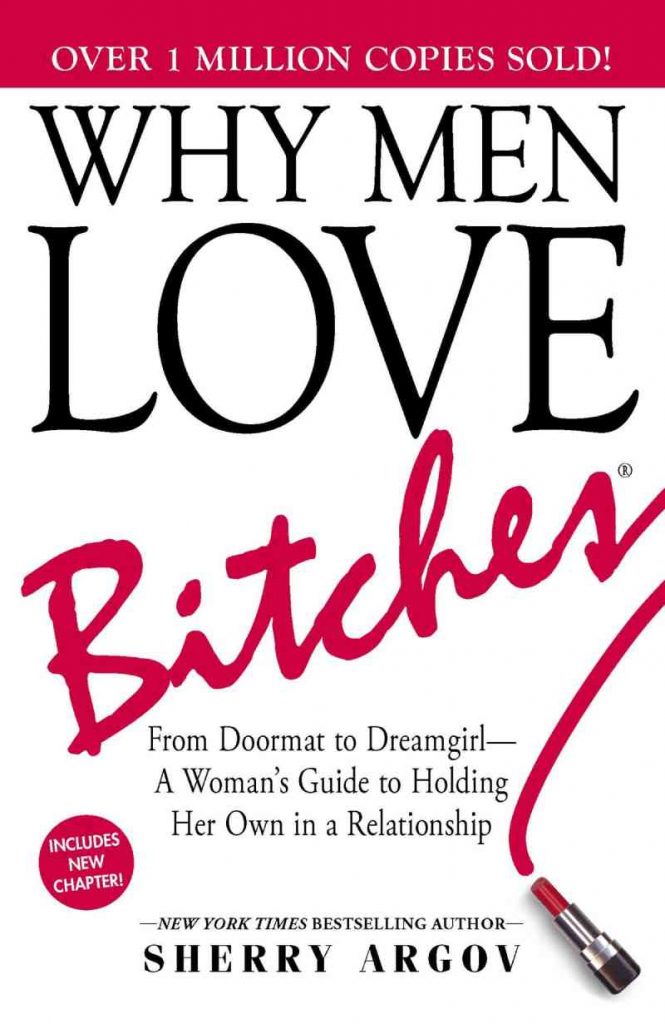 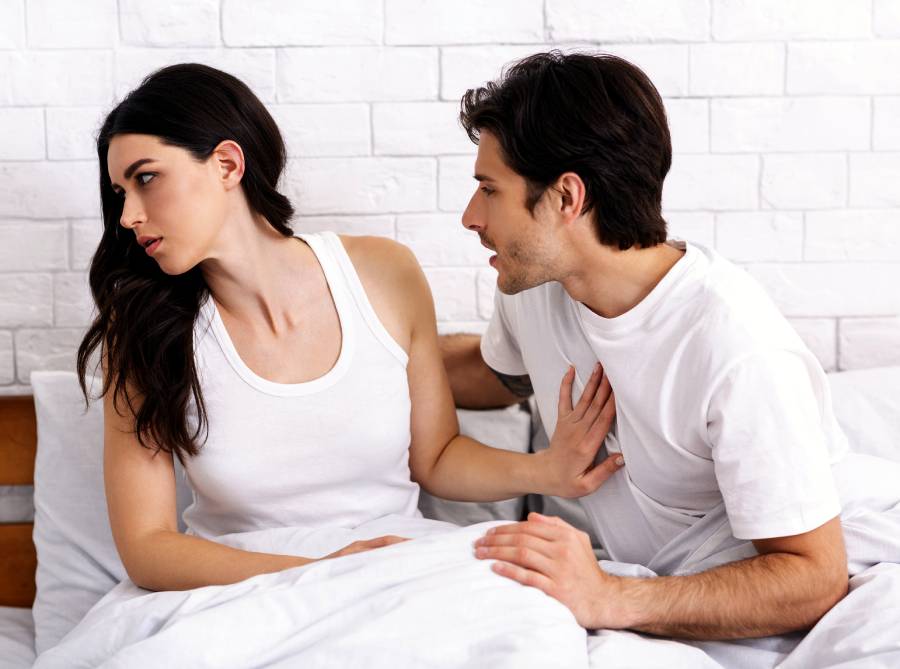 Why Do Some People Automatically …by Lucio Buffalmano4 hours ago

Best Resources on Parent-Child Dy …by Matthew Whitewood6 hours ago