What makes a loyal partner?

How do you recognize and pick a faithful and loyal partner?

This article reviews a number of sources and statistics to answer that question. 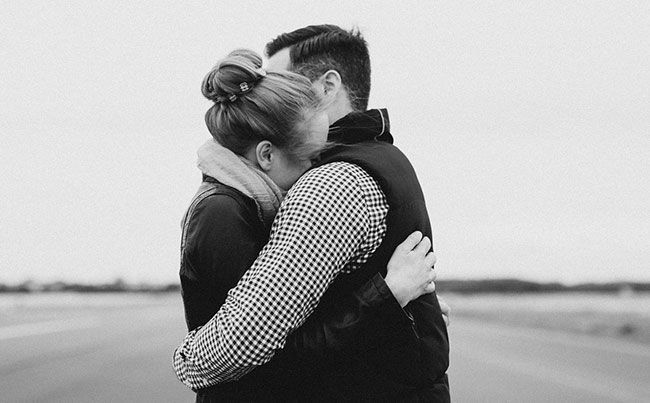 The Traits of Loyal Partners

If you want to pick a loyal mate, statistics say that the following traits correlate with fidelity:

“Options” also enters the picture, especially for men (Birger, 2015).
More female options who are willing and ready to engage in short term sex tends to make men less likely to stay loyal (on average).
And the political system also provides a cue, with rich and socialist countries decreasing women’s costs for cheating in case they get caught.

The Traits of Cheating Partners

As much as there are traits that increase the odds of finding a loyal man or woman, there are also traits that have been shown to correlate with infidelity.

These are the traits that correlate with infidelity and which you should avoid:

As an obligatory cautionary note, none of the above by itself is a strong predictor of unfaithfulness.
But as you keep stacking more of them, then.. Then watch out :).

Parental Infidelity Is A Factor

A pattern of adultery in the family background is a rather big indicator of future infidelity.
However, parental infidelity can also push the children in the very opposite direction.
A parent’s obvious infidelity indeed creates strong impressions on the young children’s brain that can push into extreme reaction in either following the same path or categorically refusing to be like their parents.

The Meaning of A Present Father

Why is a woman raised without a father more likely to cheat?

Well, there are several competing theories in evolutionary psychology.

One is that the woman infers that men are not to be trusted to provide, so she goes for a short-term, casual sex strategy (Buss, 1994).
Another one is that she grows in a harsher environment, and thus matures earlier and starts having sex earlier (Miller, 2000).
And, finally, it might just be that women born from fathers who are likely to deploy short-term, casual sex strategies, are also more likely to do the same.

When it comes to finding a loyal partner, Shirley Glass’ clinical records show that personal values trump religion.
Albeit religion also helps, it’s been the experience of several relationship counselors that affair partners met at weekly church functions.
Their spiritual beliefs functioned as a common bonding topic, and then they proceeded to deepen their bond on their less observant spouses’ backs.

By values I mean a belief in monogamy, respect towards the institution of marriage (or simply commitment) and having the best interest in mind for both the relationship and the partner (as a side note, putting the relationship first is also a sign of strong relationships).

Build Your Own Loyalty

This article is about the traits of loyal partners and not so much about what you should do to ensure loyalty.
So I won’t go much in the details, but here’s a primer for completeness sake:

Both Men and Women:

Research shows indeed that infidelity was rare in “total marriages”, such as marriages had psychological, intellectual and recreational compatibility.

That means that when you go strong on an emotional, intellectual and interests level, than you have a total marriage and you have little reasons to cheat.

Women who have been sleeping around and are looking for a serious mate won’t like this.
But the data is in: there’s a correlation between the number of sexual partners and the likelihood of infidelity.

Once a Cheater Always a Cheater

Partners who have cheated in the past are also more likely to cheat.

350% more likely, say some source.
That’s one of the reasons why marrying the affair partner might not be a good idea :). But jokes aside, marriages with affair partners do have a higher incidence of divorce.

Age of First Time Sex: The Higher, The Safer

Robert J. Levin and Amy Levin ran a survey of 100.000 women and found a strong correlation between the age at which the woman lost her virginity and the likelihood of extramarital sex.

But Emotional Affairs Are The Exception!

But emotional affairs which begin slowly are not predicted by the premarital sexual permissiveness (Glass, 2004).

This means that if you fail to provide a strong relationship and an emotional bond, you’re still at risk no matter how sexually inexperienced your partner is.

Note: The Danger of Little Experience

I haven’t found any statistic on this, but my experience is that inexperienced women are often some of the quickest to move to sex -at least with more experienced men-.

They have not as many hang-ups in saying “yes” to the invite home and are very curious and eager, with less resistance, to get intimate.

Also very little experience, like one or two partners, can mean more curiosity to try around. This is especially true if a woman has never had an orgasm before and has one for the first time with you. Then it’s “sexual awakening time”.

Therefore, in my very own estimation, conservative women who can orgasm and that stand at between 3-4 to around 10 partners might the best choice.

Example:
The movie A Walk on The Moon is an example of an unfaithful woman who missed sexual experience in her younger years

There are a few external factors that you can influence less, or that can change after you’ve already been dating for a while.

One of the biggest is the gender ration, such as how many men per women (or vice versa). For example, you partner might change company or profession and suddenly have lots of attractive mates around.

In his wonderful book Date-Onomics Jon Birger explains how the gender ratio completely changes people’s behavior and attitude towards relationship and sex.

On average, women become pickier when there are more men around and men become more defensive of their partners, more committed and even nicer. Women tend to cheat more, but the bigger impact is in picking the partner more than on swinging.

When there are more women, though, men tend to adopt a “spread the semen” strategy.
They don’t enter a relationship and prefer staying single and having casual sex. In relationships, they are also much more likely to stray.

In myths and facts of cheating I explain that men on average cheat more, albeit the difference is much smaller in open culture and younger individuals.

What’s also interesting though is that men and women value different things when it comes to loyalty. Such as:

Loyalty for Men
They also have a different view of loyalty in general. Men can be loyal to a country, a company, or a team. For men loyalty is important, it’s a characteristic that defines high value men. A loyal man is a real man.

Loyalty for Women
Women are more eminently practical and her loyalty is more fluid, depending both on her emotions and on the situation.
She is also seldom loyal to a country, a company or a team and her bonds are more personal.

A last note goes to the double standard.

Such as culture being more accepting of male’s cheating than of women’s cheating.
Ubiquity doesn’t make it something “right”, but that’s something common across many cultures. Across 62 different cultures to be precise, according to Suzanne Frayser’s study.

The double standard does reduce though at the extremes.
Harold Christensen study shows that permissive Danish culture grants the same level of sexual liberation to women, while extremely restrictive society are egalitarian in the sense that they don’t allow any freedom to men.

Infidelity is a widespread phenomenon.

How likely it is that your partner will cheat depends on a wide variety of factors.

Some of them are environmental, such as the availability of mates, society’s culture and the subculture they ascribe to.
Some of them are more personal, ranging from the genetic make up, values to family background.

This article gave you a broad overview of the traits you need to pay attention to if you want a loyal partner.

Sources:
There are no personal claims here and everything’s backed by some studies, research or at the very least some expert opinion.
The sources for this article are wide and varied.
Here are a few of the sources: 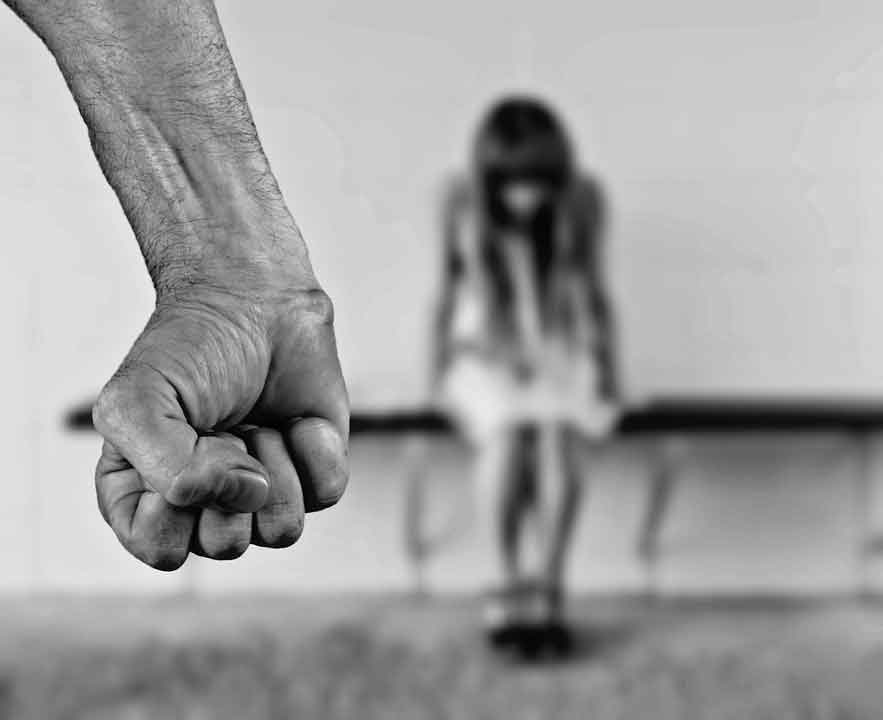 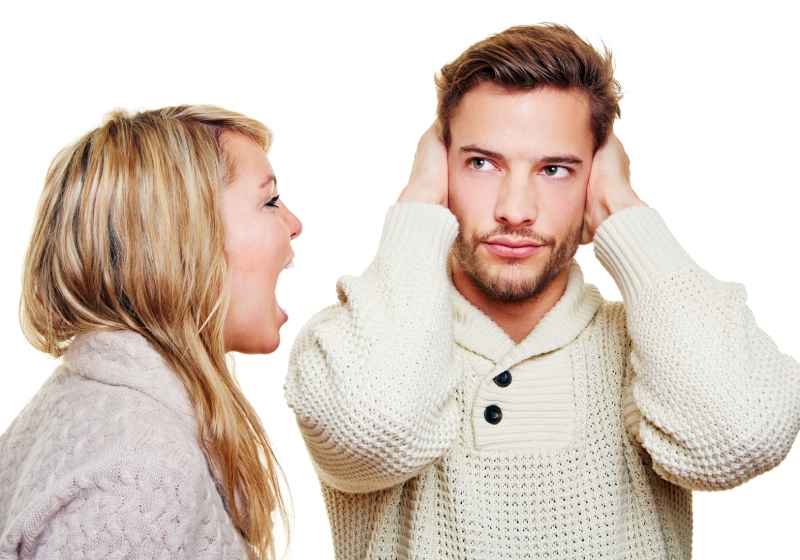 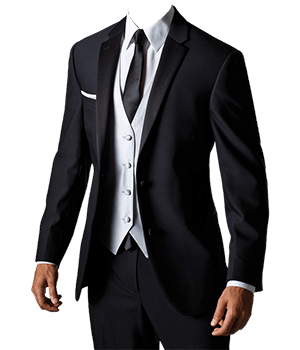