Made To Stick (2007) examines viral advertising campaigns, urban myths, and compelling stories to determine the six traits that make ideas stick in our brains.

Made to Stick Summary

About The Authors: Chip and Dan Heath are two brothers, both academic authors and researchers.

Stick means understood, remembered and with the capacity of making an impact.

The Heath brothers introduce the “curse of knowledge” as the great enemy for your ideas to stick. The person sharing the idea knows all the nuances the receiver has no idea about.

So he often ends up glossing over core information, or indulging in too many details.

The authors highlight the principles are not a mathematical formula that will guarantee your ideas will stick, but they are proven methods that will increase the likelihood:

The authors suggest you use the inverted pyramid of journalism, such as starting from the most important aspect, then add important details, and then all the other background information.

I particularly liked the idea of CI, or Commander Intent, very useful when you need people to act on your behalf in a big organization.

It’s a very short and simple sentence that sums up the overarching goal of the organization and function as a filter for localized decision making.

Southwest Airline’s CI is “we are THE low fare airline”. So nobody would think to gift trinkets on board because it’s not in line with the CI.
In Bill Clinton’s campaign, it was “it’s the economy stupid”, so that everyone knew what to focus on.

For example, Disney calls the staff in their parks “cast members” as it projects its parks as theaters.
Disney doesn’t need to explain why it’s important to behave in a certain way to its employees: being a “cast member” reminds everyone they’re always on stage.

Attention is key in making your message stick say the Heath brothers. We need to both get attention and keeping it.

As Thinking Fast and Slow explains, our rational part of the brain only starts paying attention once something is out of the ordinary.

So the key to get someone’s attention is to break their patterns, or to surprise them (this is something Tony Robbins stresses a lot).

The example of grabbing attention with the unexpected is the buckle up campaign:

To keep attention the authors introduce Robert Cialdini‘s “Influence” and how Cialdini used mysteries to keep his students’ attention.

Mysteries are so powerful because they create a need for closure. Your goal is to raise questions, open gap of knowledge with mysteries and piquing curiosity.

The Heath brothers suggest you:

My Note:
In a quest for the unexpected some advertisers focus too much on grabbing attention in ways that do not relate to the content. You must always grab attention in a way that relates to your content.

The ‘huh?’ moment prepares the scene for the ‘a ha!’ moment

The easier we can relate to something, the more we understand it and remember it.

Concrete is something the senses can capture and something that we have already experienced.

So similarly to what Jay Samit and Charles Duhigg suggest, the Heath brothers say you must link a new idea to something familiar.
For example, to introduce Speed to Hollywood producers you pitch it as “Die-Hard on a bus” and Alien becomes “Jaws on a spaceship”.

Joseph Sugarman in Triggers said a great way to sell the first and unknown smoke detectors was to pitch them as “electronic noses”.

The authors also compare the (in)effectiveness of complicated CEO’s parlance such as “maximize shareholder values”.
Too often missions statements sound like meaningless hot air nobody cares about.

Compare it instead to what fueled US’ efforts for a decade.
When JFK made the government’s mission to “land a man on the moon and returning him safely to the earth“.
That’s concrete and clear.

The curse of knowledge comes into full force here.
Experts tend to see things at a higher, more abstract level than novices and the danger is that they will explain it in more abstract terms as well.

And this is one of the reasons why The Power Moves always makes examples and shows videos: to give concrete examples.

Last but not least the Heath brothers say that our memory functions in the form of “hooks”.
The more familiar and concrete hooks our message has, the easier it will be to remember (this is similar to what Johan Berger calls Triggers in Contagious. Check it if you’re interested in making your idea viral).

To make your idea credible the Heath brothers present a few different triggers:

A great example to contextualize a statistic.

Imagine you have to explain how accurate is a missile.
You could say it can be shoot from the sun and hit within a Km of the target. But to humanize it you would say it goes from New York to LA and hit within 5cm.
The distance has been humanized because people have no idea of the sun-earth distance.

A great way to make your message more credible is to have the audience test it themselves.. Without knowing.
For example, a non profit picked up potential donors to meet them.
And then told them how successful they were in turning homeless people into honest workers.
One of them was their own driver (surprise).

The authors say that Wendy successfully prodded consumer to experience first hand -or confirmed first hand experience fro those who tried already- that their burgers had more beef meat.

Emotion is about making people care.

People who care act.
The authors quote Mother Teresa when, paraphrasing, she said:

A research shows how people who heard a story about a single child donated more than when they heard about the big numbers related to the same problem.

The reason is because the numbers appeal to our analytical brain while the story appeal to our emotional centers -the same decrease in donation happened if people were asked to perform calculus-.

Interestingly, combining the story with the data did NOT produce better results contrary to one might think (ie.: “if I used both logic and emotions I’m fully covered”).
So it’s best to know both and use them depending on your audience or situation, but not to blend them (read more on the topic on how to elicit donations).

The Heath brothers say to call to action you can appeal to:

The authors debunked the Maslow hierarchy saying people pursue all the benefits simultaneously and not one after the other.
Emotional is actually about getting out Maslow’s basement.

This is something Daniel Pink discusses in Drive: appealing to pure self interest with only money bonus will crowd out higher engagement as people feel “bought out” and ultimately less motivated.

A couple of emotional ads examples are the anti-cigarette campaign that depicted teenagers delivering body bags to a big corporation.
Teenagers smoke to rebel, but the ad showed “The Man” being the evil corporation.
So now non smoking is rebellious (check the ad here)

Texas government found it hard to make people stop littering. So they used identity. They had very Texans icons embody Texans virtue telling not to litter.
Now the people heeded: being a Texan also meant respecting Texas and not littering:

Sticky ideas often use stories with simple plot that people can relate to.

And that inspire us.
The authors say that a story lit in our brains the reenactment of that story which “burns it” in our brain (check The Brain That Changes Itself for how the brain rewrites itself).

Stories also help lower the audience’s guard.
While pitching them your idea often get people to look for cracks in the idea, a story will get them engaged and think for themselves.

The authors say this is not a checklist that will guarantee your idea will stick, but it will help.

To make an idea stick, it must make the audience: 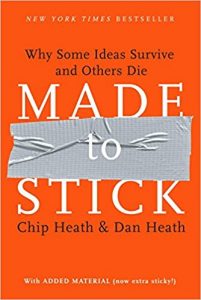 Commander Intent
Give your team -or yourself- a clear and brief top line goal that will serve to filter all ideas very quickly. In the fog of war, a plan is too complex, but a commander intends sticks.

Appeal to Emotions, not Logic
Think about not using numbers at all when you can tell stories. Numbers call for logical reasoning while stories influence emotions.

Use Stories To Avoid Push Backs
I especially liked you the idea you pitch with stories. People will be less inclined to push back as they start thinking themselves about what it means and how they can act on it.

Humanize Numbers
Always bring numbers and statistics back to people’s lives in a way they can understand what it means. For example, don’t use micron or light-years. Use units people have daily experience with.

Examples
Some of the examples didn’t fully cut it for me, but it’s small potatoes. I love practical books with big insights and Made To Stick is exactly that.

Made to Stick Review

Made To Stick is a great, practical resource on how to communicate effectively in a way that your message will influence and motivate to take action.
The Heath brothers heed their own good recommendations and provide lots of examples to go along heaps of insights, which makes Made to Stick and absolute must read.

Get Made To Stick
Get Made to Stick on Amazon 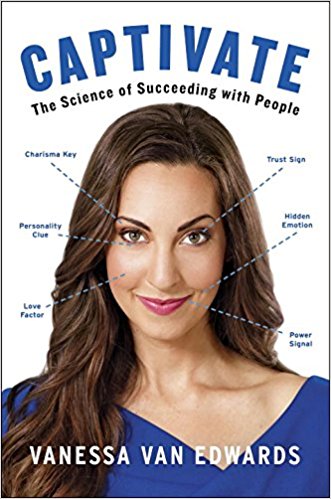 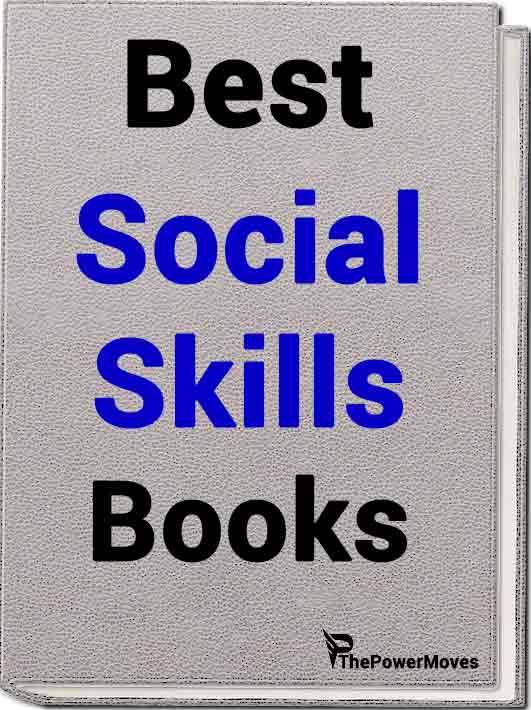 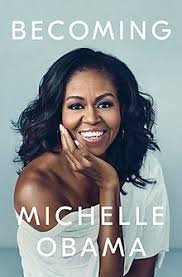