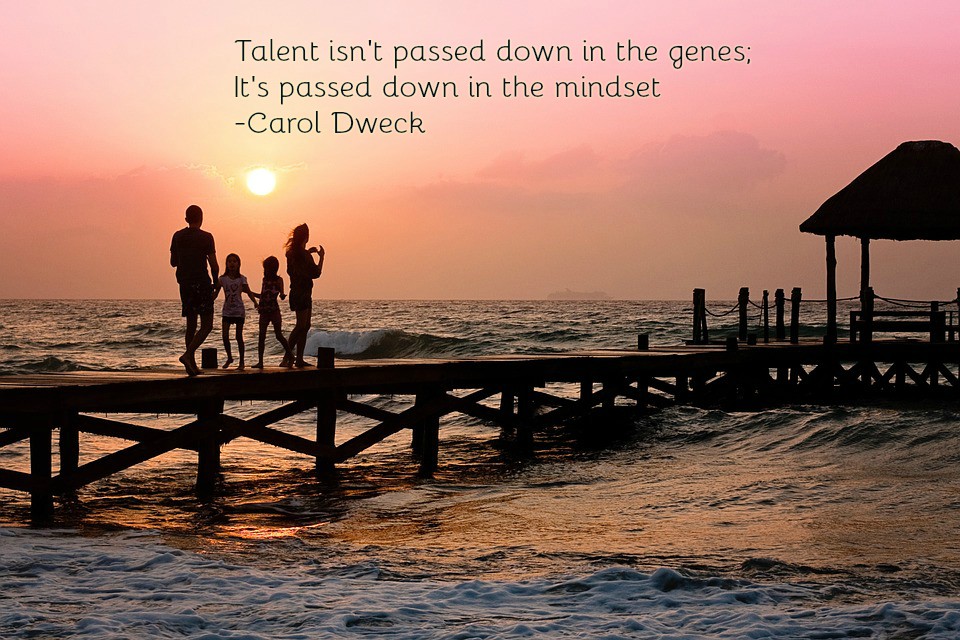 About the author: Carol Dweck is a psychology researcher at Stanford University.
Most of her career research is based on the growth/fixed mindset construct, and at the time of writing much of the research in this field bears her name.

Carol Dweck quickly outlines the major theory of the book:

Fixed mindset people believe their qualities are set at birth and carved in stone.
You are who you are, and there isn’t much you can do about it.

Characteristics such as intelligence, personality, and creativity are fixed traits, and you can’t change them or develop them.

A growth mindset comes from the belief you can cultivate your qualities through effort.
Yes, people differ greatly – in aptitude, talents, interests, or temperaments – but everyone can change and grow through application and experience.

Chapter 2: Inside the Mindsets

The two different mindsets lead to very different experiences and developments in life.

Consequences of a fixed mindset

When you have a fixed mindset, the following will happen to you:

Many people with a fixed mindset believe indeed that high effort equals low ability. Skilled people, they think, use and rely on their innate skills and should not need to work hard at all.

Fixed mindset people do work hard as well though.
They work hard to protect their egos by avoiding challenges and boosting their self-esteem through validation seeking.

This is because your qualities, being fixed, determine who you are.
Thus fixed mindset people often build their ego around their qualities, which makes them horrendously dependent on results and people’s judgment.

Have you ever noticed people battling to be “right?” That’s a hallmark of fixed mindset.
People looking at how many likes their picture got on Facebook? Major fixed mindset component.

The ones plastering their social profiles with “I don’t care what people think” and “I’m me, fuck the world” ? Mostly a front hiding a fixed mindset.

People who believe in fixed traits also have an urgency to succeed, because there’s no “getting better”, no “testing yourself”. Succeeding means you’re good, losing means you’re bad.

And when they do succeed, they often feel a sense of superiority, because success means their fixed traits are better than others’.

When people with a fixed mindset lose they try to “repair their self-esteem” rather than learning from their failures.

Failures indeed often take the shape of denying, blaming someone else, looking for those who are worse off, making excuses or, of course, never competing at all.

Never competing at all feels safe for fixed mindset people because a great fear for them is that of failing and being left without excuses.

Consequences of a growth mindset

People with a growth mindset are the complete opposite:

As opposed to a fixed mindset, a growth mindset makes you concerned with improving, which leads to major growth and development over time.

In the growth mindset, failure can, of course, be a painful experience, but failure does not define you.
Failure is a problem to be faced, learned from and overcome, which makes you more anti-fragile.

Also read: how to develop an antifragile ego.

The passion for stretching yourself and sticking to it, even when it’s not going well, is the hallmark of the growth mindset, as well outlined by Angela Duckworth in Grit.

Indeed the growth mindset allows people to love what they’re doing and continue doing so in the face of difficulties and struggles.

While the fixed mindset is all about the outcome -because if you fail you’re a failure- the growth mindset allows people to value what they’re doing regardless of the outcome.

Chapter 3: The Truth About Ability and Accomplishment

Carol Dweck says that fixed mindset people tend to become “scarred” after failures because they interpret failure as a lack of ability.

And since they don’t think they can grow any skill, they will avoid trying again in the future.

A growth mindset person instead is both more open to new challenges and more open to trying again and again after failures.
They enjoy testing themselves and going beyond their limits and, consequently, end up growing their skills and talents.

The author, being a scholar herself, discusses how the different mindsets also affect people in school and in their studies.
People with a fixed mindset tend to study with the test in mind, they simply want to do good in the test.

People with a growth mindset instead study with life in mind: they want to learn and take the skills that will make them successful outside of school.

Fixed mindset work to prove their abilities and protect their egos, while the growth mindset people work for life.

Chapter 4: Sports and the Mindset of a Champion

In chapter 4 of Mindset Carol Dweck goes into some famous sport personalities.

I believe one of the keys of this chapter is that many people look at top athletes and think they are extremely talented and were born with and gifted with great genes and skills.

Carol Dweck instead says that the truth, most of the times, is that at the very least that talent was backed by huge amount of work. And, many times, top athletes didn’t even show great talent when they were younger.

Carol Dweck also provides some very interesting examples of some top athletes who failed to reach their full potentials because of fixed mindsets (Pedro Martinez and John McEnroe).

Growth mindset athletes instead were able to see failures as opportunities to learn and that allowed them to get closer to their full potential and to bounce back from major losses and setbacks in their careers.

Skilling used to say that his genius defined and validated the whole company, and created value.
Iacocca would not allow skilled and empowered managers around him to weigh in with their opinions so that he could look -and feel- like the smartest man in the company.

As for many other successful fixed mindset people, Skilling and Iacocca believed their talents made them superior to others by birthright.

The example of growth mindset CEOs are Jack Welch, author of “Winning“, Lou Gerstner from IBM and Anne Mulcahy from Xerox.

Chapter 6: Relationships and Mindsets in Love

Relationships are another extremely interesting realm to explore how the two different mindsets lead to very different experiences.

Carol Dweck reminds us that fixed mindset people perceive rejections as a reflection of their flawed personality.
It’s a very painful rejection that hurts them at the core of who they are, so they can lash out when rejected and can sometimes plot revenge.

Also very interestingly which I have noticed personally, Carol Dweck says that fixed mindset people tend to see relationships more as battles and they will try to exploit the mistakes and shortcoming of their partners to feed their own ego.

Chapter 7: Where Do Mindsets Come From?

Carol Dweck says that teachers have a strong influence in shaping whether or not we will grow with a fixed or growth mindset.

Also telling pupils they are very fast learners can nudge them towards a fixed mindset as when in other fields they might justify not learning fast enough in other fields with the idea they are not talented enough.

My Note:
These findings have been highly criticized and failed to replicate.

After having taken on the whole journey on how kick-a** it is to sport a growth mindset, Carol Dweck finally dedicates the last chapter on how you can go from a fixed to a growth mindset.

But unluckily I found the book a bit lacking here, so I will add my own research on it:

Update: I dedicated a whole post to developing a growth mindset. 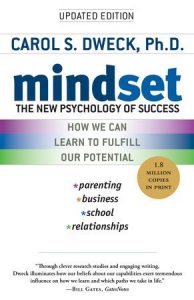 In this Mindset summary, I gave you all the main takeaways.

But if you are aching for more, there is a full Mindset audiobook version so far on YouTube.
Check it out until it’s available:

Mindset has drawn a lot of criticism in psychology circles.
You can read more in these two posts:

However, in a nutshell, it’s this: Carol Dweck might have a bit embellished her results.
Replicating her findings is very difficult and instilling a growth mindset in pupils might not be as easy as the book seems to suggest.

However, in my opinion, growth/fixed mindset are both very real.
I see plenty of examples for both in life and I can see how this concept changed my own life.

Mindset is strong on the dichotomy fixed/growth. Yet, I doubt most people are fully on the extremes: what about all the mixes? Carol Dweck does say there are mixes, but I would have liked to read more on it.

Some popular self-help guru profess the adoption of an extreme growth mindset.
In a way, that’s good… As long as you don’t do so publicly, lest you lose authority.

Learn more about the law of optimum balance and when to avoid a growth mindset:

If you are not in a growth mindset yet, I am cheering for you: you have now the chance of jumping to a whole new level in your personal development.

It helped me develop in three major ways:

Mindset by Carol Dweck is possibly THE most foundational book for an empowered life.

It explains how a fixed mindset will constrain our potential, stunt our growth and condemn us to a life of ego validation and excuse making.
I can certainly recall when that was me. And it will show the way out of it with a growth mindset.

Mindset by Carol Dweck not only kick-started my own self-development but also opened a further door in understanding human psychology.

Suddenly all the mental games of excuses and blaming used by the men living under the shackles of a fixed mindset made sense.

A growth mindset also takes away top performance from the realm of “out of this world”, “genius” or whatever you have it and places it within reach of each one of us (willing to put in the work).

Because here’s the secret nobody wants you to know: every single top performer busts his ass. And they’re no better than you, and if you put in the work you will do just as extraordinarily.

Read more great books to read or get Mindset here. 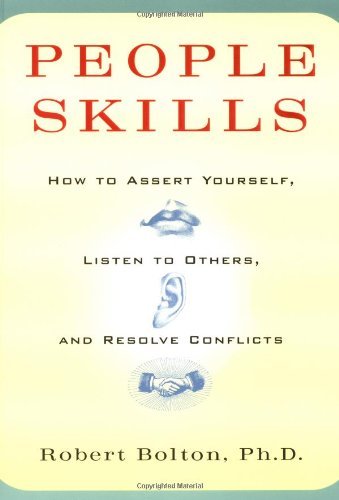 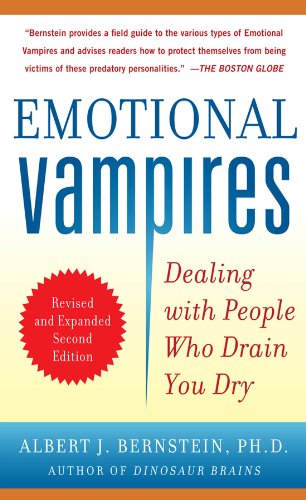 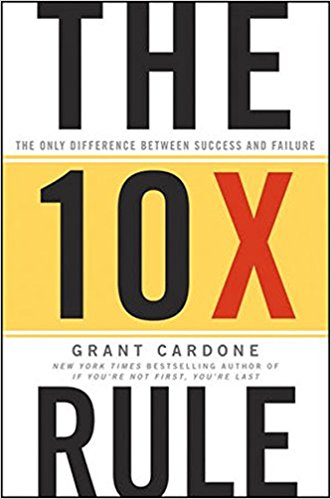