Party poopers are a form of social burdens, and nobody wants them around.

They spoil the party, dampen the mood, and end up being social burdens for everyone around.

By the end of this article you will know exactly how not to be a party pooper.

What Is A Party Pooper

This is a definition of party pooper:

A party pooper is an individual who takes value away from either people or social gatherings.
The party pooper lists among his top skills the ability to make people want to move away, to make social situations akward for anyone around, or to suck the fun out of any group.

Taking value away means that the party pooper ends being a social reject.
Albeit that might have to do with the way he looks, most of the times it’s becuase of how he behaves.

In this article I will use interchangeably the words social burden, social reject and party pooper to identify the same patters of behavior.

And here is how the social rejects manage to make their presence highly unwelcome to any social groups:

This is the most obvious.

Nothing makes people want to move away like a smelly or dirty individual.
Bad breath also counts.

Have you ever noticed the scene of drunk people speaking right in the face of some poor fella, with the drunk getting closer and closer while the poor fella backs away?
That’s how social rejects behave when they drink too much.

If you have a tendency for bad breath, carry mints.
If you have braces and food tends to get stuck, carry a toothbrush in the bag or go rinse your mouth from time to time.

Example of food residue in your teeth:

The better you look, the more welcome you are.

With a few exceptions.
In social relativity we explained that social value is relative to the group, so for example looking awesome in a suit might not make you the most welcome guest at a goth party.

But, on average, looking good in any type of attire will still make you more welcome even in very different social groups.
And, as a rule of thumb, the worse you look, the less people want to be around you.

On average, the more hipster, narcissistic, vein or fashion-conscious the crowd is, the more your style will matter, and the more ruthlessly they will cut you out if you don’t fit their definition of “cool”.

The same principle applies to marketing and product placements BTW.

Here is an example from Sex And The City:

In Samantha’s opinion the “nobody in a tracksuit” carrying the bag devalues the bag. That’s the exact same influence that a poorly dressed social burden devalues his host group.

Party poopers join groups where people are engaged in deep conversation and are not looking for anyone else to join.

In this case they either get thrown off the bus (example below) or, if the people speaking are too nice to drop him, they will get in and be hated for it.

Edit: see PU for the example.

4. Dampen The Mood / Off Sync Irony

The party pooper makes things awkward by being out of sync with the group’s mood.

If the gorup is low energy, they enter too high-energy.
And if the group is too high energy, they bring the mood down.

Usually, it’s better to go higher energy in a low-energy if you can bring the group’s mood up.
People indeed don’t go out to be bummed out and reflect on world troubles usually.
They go out to smile, socialize, meet new people and generally have a good time.

Coming low energy or introducing sad and depressing topics is the stereotypical behavior of the party pooper.

However, social burdens, being socially un-intelligent, rarely manage to improve the group’s mood.
They try to liven up the mood too early, at the worst possible moment, or by bringing people down. Family Guy makes fun of this behavior in its Kool Aid skits.
Or this is what a party pooper might say:

Party pooper: come on people, wake up, we’re going to have fun, and you’re acting like a bunch of dead zombies

The party pooper does not understand that you don’t make people feel good by treating them like crap. That way, the group will only want to isolate him.

5. Asking Too Much Without Giving

One of the most common ways people make others want to run away: asking stuff without giving anything in return.

The rule of thumb is that the higher up you go in the social hierarchy, the more people will want a piece of your success (or a piece of you).
But the people high up are getting tired of those asking for stuff.

And it’s especially annoying when the social burden has nothing to offer in exchange (theory of social exchange).

You know those guys who stand at the fringes of your group or your conversation, hoping against hope to be introduced?
And then, when you keep on talking, they stay there and never go away?

Yeah, those… Those are great examples of social rejects.
They don’t understand that they are not welcome and make everyone in the group feel awkward for forcing them to make him look like an idiot.

How do you avoid this?
Only approach groups which are open to you.
If you stand near them and they don’t welcome you or if you are standing near and there is no pause in the conversation for you to join, then keep moving.

An option to scout for people to talk to is to stand at the edge of a social gathering, but in a corner where people cannot see you so that you don’t lose any status for being seen on your own. From there observe who is open to new people and conversations and then go say hi (learn body language to make the scouting easier).

There is a million ways to make things awkward and putting people on the spot and I cannot give you them all here.

Many of them include discussing socially what is not supposed to be said, asked or done in social settings.

However, some examples are:

Here’s an example from 500 Days of Summer:

Here’s a quick story to show what I mean by party poopers not taking hints:

I remember many years ago.

It was a hot summer day in Italy.
One girl, let’s call her Summer was in the car talking and making out with a local older guy. Her girlfriend stayed with me, a friend of mine and a friend of the guy in the car.
Let’s call him Smart.

That seemed a strange question, but we didn’t make anything out of it.

He asked again soon later, and then he said he should probably get going.

But he stayed there.

Then he finally lured us away and told us if we could please go and leave him along with the girl.

Me and my friend were not taking the hints that we should have left the two of them alone.

Talking about a social burden becoming a sexual burden :).

Well, at least we had the benefit of being young and stupid.
Some aduls though never understand that there are times when one should just leave.
It can be two friends who want to have their own conversation.
Or two lovers who want to move forward.

When in doubt: ask, or say that you’re thinking about going.
If they answer something along the lines of “OK”, they’re being nice and want you to go.
And if you just leave, you can’t be too wrong.

The interviewer of Robert Downey Junior doesn’t realize that the interview is being a slow motion crash.

He just cannot get the social hints:

Trying too hard is one of the most obvious social blunders of the party pooper.

It can take many forms, including:

As a rule of thumb, when you have nothing of value to add, you are usually better off listening, nodding and asking questions than to try and say anything.

And when you just don’t fit in the group you are usually better off to move on.
Remember: the long term solution to a happy social life is finding groups where you can be yourself and where you’re accepted for who you are instead of trying to fit in with groups where you don’t belong to.

This scene from Gran Torino is a good example of a social reject trying too hard. In a social situation he might not be assaulted quite like that, but most people will think he’s an idiot nonetheless.

Finally, this last category of party poopers encompasses the whole category of the socially oblivious and socially challenged.

These are the far too common guys who:

You can read of some examples on this article on group conversation. 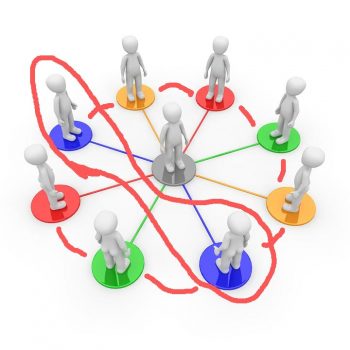 In this article we reviewed the most typical behaviors with which social burdens make socializing worst off for everyone.

Avoid these behaviors, and you will never be a party pooper in your life. 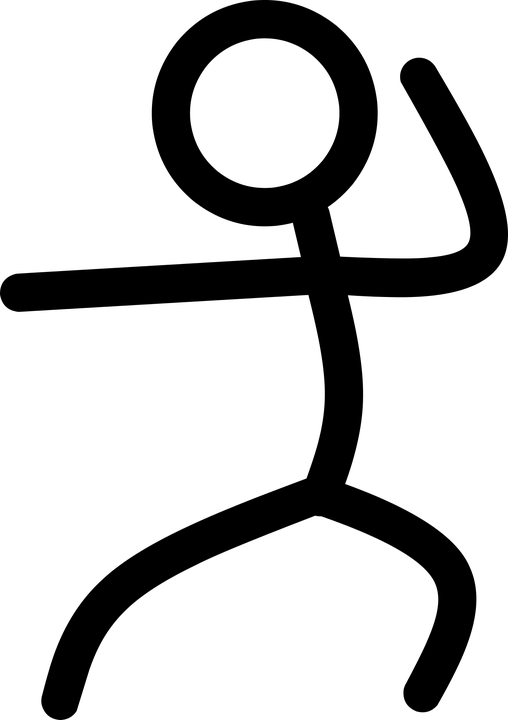 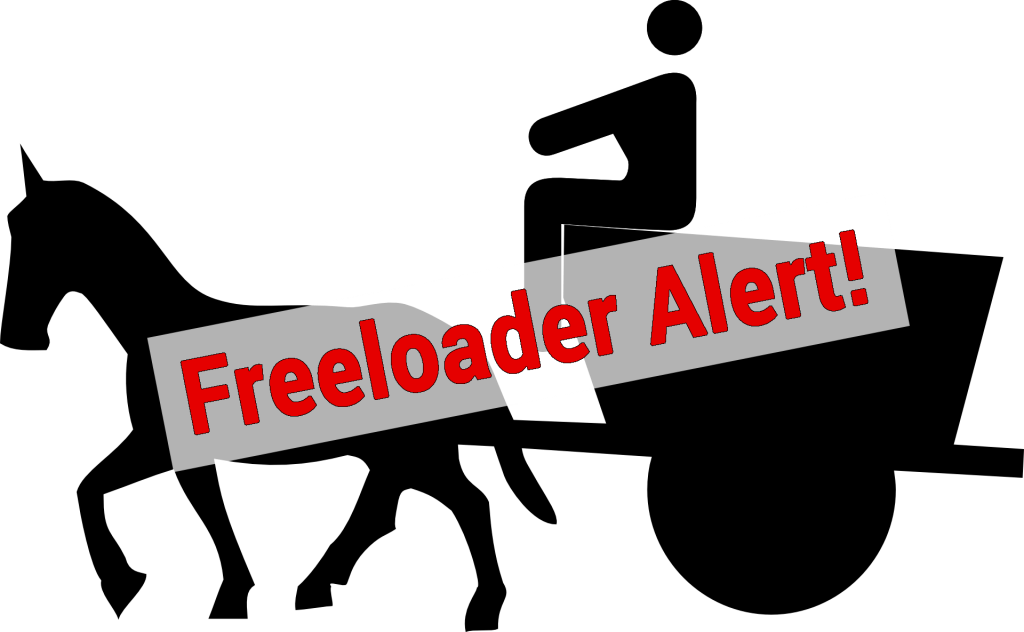 Small tasking part 2 - when they …by Maverick46 mins ago