Some men doom their relationship by repeating the same communication mistakes over and over.

These 4 communication mistakes are possibly the most common and most deadly.

This article provides you with examples and fixes. 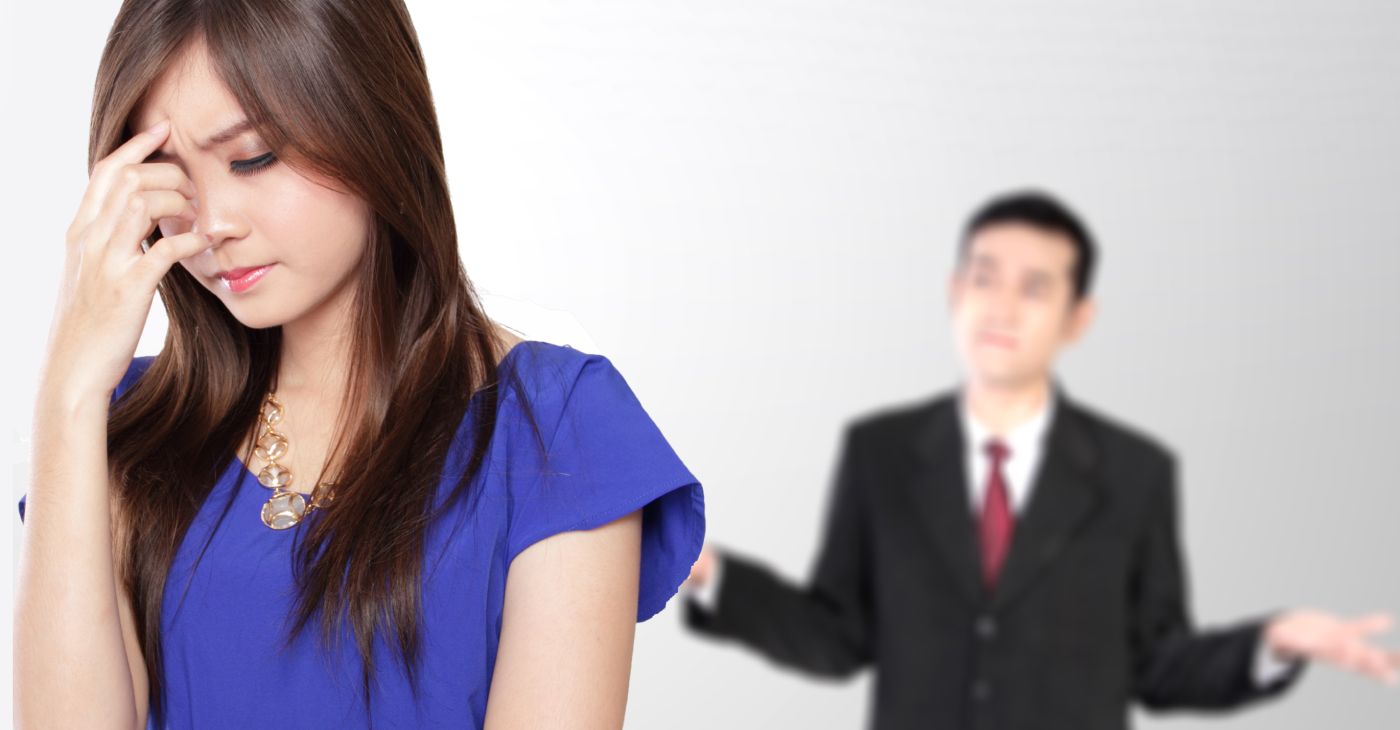 I had originally titled this section “communication mistakes men make in relationships”.

But I have changed the title since then because albeit men make more of these mistakes, the ladies aren’t immune either.

There are many different communication mistakes men do in their relationships. Here we will focus a bit more on the actual conversation, and as usual with plenty of examples.

Interrupting when there’s really no need to interrupt is bad for two reasons:

Why both are terrible:

Respect Is The Bedrock of Healthy Relationships

Respect is the bedrock of any good relationship and one of the most fundamental elements. Without respect, no relationship can even reach a “sufficient” status.

Great relationships are often balanced bonds between people who are similar and share affinities.

The problem with domination is that it highlights instead a huge difference between the two.

I will share a story here of when it happened to me that I ended up dominating my partner too strongly:

One night me and my ex girlfriend went out to meet an old friend of mine visiting town.

On the way back to my place, my girlfriend was as angry at me as I had ever seen her.
She was not directly lashing out though but expressing it in a very passive aggressive way, without talking and refusing to help me carry some grocery.

Once I realized she wasn’t yet ready to talk, I didn’t try anymore, but just kept walking ahead towards home. The big surprise came once we reached the crossroad.
Instead of going straight to my place I turned to the bus stop to send her back home.

You should have seen the look on her face.

I stopped and told her “I’d rather you stay, BUT you have to change your mood and TALK to me. Normally and politely”.

In a downtrodden and feeble voice she said: “but I cannot change now so suddenly”.

I didn’t accept any compromise, though, if she wanted to stay, she had to pull it off. She spoke to me, and she stayed.

I had imposed my will out of sheer power.
I had “won”, and she was now a browbeat, dominated woman. Broken, as she said herself as we walked home.

That was one of my lowest moments, way too much and very unnecessary.

Dominance creates a chasm.
The man should be the leader, but not the owner of a puppet on a string because, and here’s the key: there are no subordinates in great relationships.
Great relationships are formed by a captain and a co-captain.

In extreme cases focusing on “winning” and controlling is the sign of an abusive relationship. Read more:

As Brene Brown points in Daring Greatly, stopping to care, or disengagement, is the first sign of betrayal.
And it’s the first sign the relationship might be in its dying stages.

However, many men aren’t actually interested in ending the relationship, but are actually still very into their partner.
But they don’t pay attention because they don’t know any better.

And that’s why it’s paramount you don’t fall prey of this pitfall, but show that you care by paying attention.

Notice how he says “yeah yeah” without really paying attention as he looks down at his cards instead of looking at her.
He then suddenly turns around and givers her his back. When she’s looking for a word, he repeats what she said before with a fake ironic grin, communicating he’s not really interested in what she’s saying.
Last nail on the coffin, he interrupts her and moves the conversation off without letting her finish her point.

Our opinions are a manifestation of who we are.

So when we belittle someone’s opinion, especially if it’s opinions they hold dearly, we are also belittling them.

This is especially pernicious with your partner, where caring for her personality is the main ingredient of a great relationship.

Basically, when you belittle her personality, you are communicating you are with her only because she’s got a vagina.

It doesn’t just say bad things about her, but also says terrible things about you.
Namely, that you have low standards, that you are with her out of need –not of out of will- and that you are probably not able to get any other pu**y if she dumps you.

Here’s a personal story of when it happened to me:

Years ago an ex girlfriend of mine was animatedly talking to me about a writer she was studying whom had just become her favorite author.

I kept arguing back this author wasn’t so smart if he supported communism.

Eventually after some protracted arguing about the author and the (non) merits of communism, she snapped saying I didn’t appreciate her and respect her.

Needless to say, I was an idiot back then.

If the same situation happened today I would be curious about her opinion, ask more about the author and learn a new couple of things.

Also, I would appreciate that she was drawn to communist-ideals out of a willingness to help people. I would still fully disagree, but I would not belittle her opinions anymore.

And here’s the example:

Notice her body language: as soon as he spurns and belittles her opinion she crosses her arms moving to a closed-off position.
She feels under assault, also because he later takes the super sneaky road of “recruiting” the rest of the team against her when he says “boys, boys, is he done?”.
As if it weren’t enough, he calls the break without even giving her a chance of explaining.

This is similar to “not paying attention”, but with much higher stakes because deeper feelings are concerned.

When the conversation turns more emotional it’s because your partner is telling you something important for her.

If you fail to listen and to connect, you are saying you don’t care about her emotions and you are snubbing her moment of vulnerability.

That hurts.
She exercised all that emotional effort for nothing, and she feels like she is the only one “making a real effort” while you stay cold and unaffected.

And when you ignore her emotional opening and connections, you are also communicating that you two don’t really connect on an emotional level after all.
That is to say, you not a great couple after all.

But what are these bids for emotional connections?

If they’re not obvious enough for you, you can look at the topics. They often concern her, you or the two of you. For example:

Often emotional physical cues are also present, which can be part of the discomfort, hiding or “reaching out” clusters. Such as:

Here’s an example of an emotional talk. Not all will be so obvious, but you get the point:

And here’s a real life example of failure to connect.
Don’t let the same happen to your partner:

She is sharing with him a major personal feeling.
She says they are so lucky for being on the same page. That’s very deep, she is telling him why she feels the two of them are so great together. His behavior is just proving otherwise though.
He again uses his typical “yeah yeah”, then looks away while she strives to meet his eyes and he makes light fun of her with his “are we gushing today”.
She puts a hand on his arm, trying to connect with him physically and hoping to get his full attention.
No such luck, he turns around and checks his computer.

That is, you only get into relationships you want, not the ones you need. And you only accept relationships that fully stimulate you, both physically and intellectually.

The second step is that you care about the people around you, both in the sense of getting to know them and in caring in the sense that you want to see them happy.

Both are traits that you can develop.

Once you have those two elements in place: being in a relationship because you want to, and caring, you will automatically avoid these mistakes.

Similarly, if you don’t care about your partner, then be brave NOT to have a partner and allow her to find someone who will actually care about her.

If you want to actively work and improve your relationship, this website has a lot of resources, all based on research and with plenty of examples.
Here are some of them: 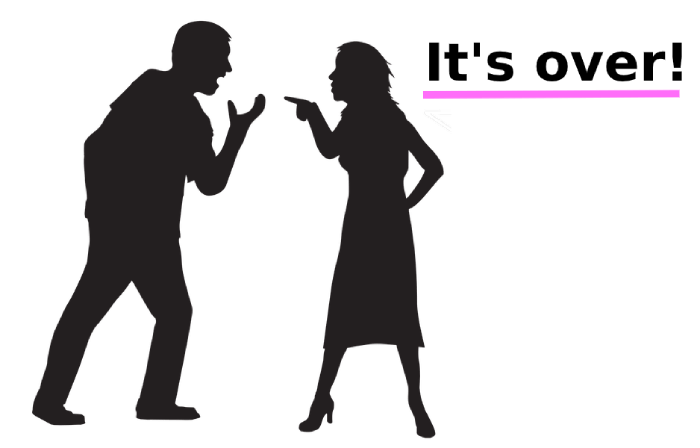 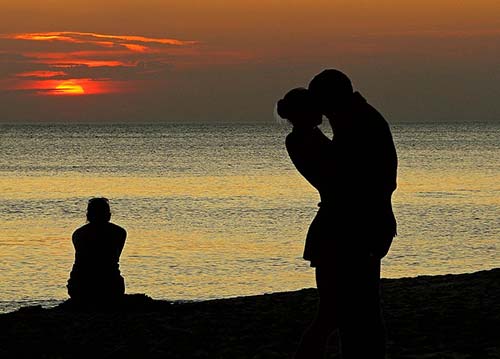