An emotional connection is what truly makes for great relationships.

By the end of this article, you will know how recognize an emotional bid and how to correctly turn toward. 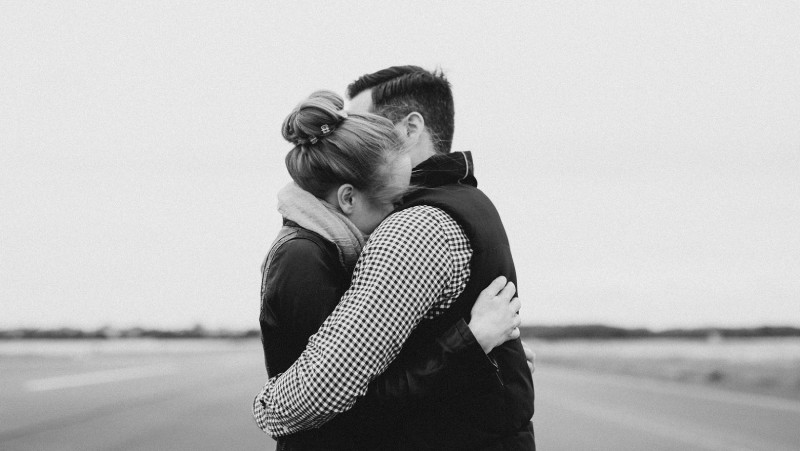 What is Emotional Connection

An emotional connection is the attunement couples have to each other’s feelings.

This example will clear everything out for you:

Turning towards is what builds trust and emotional connection. To turn towards, one must first recognize the bids for connection.

Bids for connection are attempts for affection, attention or any type of positive connection.

In The Relationship Cure Gottman says that recognizing bids for connection requires a bit of emotional intelligence as it’s not always straightforward to recognize a bid for connection. Sometimes a comment is pure “transactional”, meaning that our partner wants to get something done or just says something with no feelings or deeper meaning behind it.

However, as you get to your know your partner better -“expand your love maps” in Gottman’s wording-, you will naturally become better and better at recognizing bids for connection.

As a rule of thumb, women make more bids for connection than men.

This gives men a great chance to turn things around by turning towards those bids more often when things aren’t going well.

Missing a bid for connection is the equivalent of turning away.

And it’s important to get bids for emotional connections right because Gottman research shows that people will not try again 80% of the times.

Sometimes bids for emotional connection are not even verbally expressed but hide behind a complaint, a criticism or an argument. In Ten Lessons to Transform Your Marriage Gottman refers to them as “longing behind the criticism”.
Here’s an example:

Notice how he recognizes her bid for emotional connection beyond her facade aggressiveness.

Turning away can happen because the partner:

This is an example of a guy lacking emotional sensitivity and misses all the chances to turn towards her partner:

And looks away instead of fully engaging

I don’t know what to say, what do you want me to do

He’s obviously not paying attention to the emotional conversation going on. He needs to attune and turn towards -and she could do a better job to communicate it more clearly-.

A lack of emotional connection in the relationship is one of the major causes of infidelity.

The movie The Good Girl is fully based on infidelity born out of emotional disconnection:

This is a great example of how emotional cheating develops

This includes the whole gamut of relationship killers: criticism, contempt, defensiveness and meanness. If belligerence starts to supersede the positive aspects of the relationship it can often give birth to a vicious circle of negativity.

That’s the kind of difference that turning towards each other and building emotional connection does for a relationship.

And as usual, here are some example to better understand through practical examples.

He turns towards only verbally.

He has no follow up questions and, most of all, he doesn’t turn towards with his body language. She gives him another chance when she says:

Ask me something else? Come on, let’s have a conversation

But he turns away once again. And he shows how clueless he is when he says “I don’t want to have a fight with you”. Of course she doesn’t want a fight, she wanted some attention and emotional connection.

Here’s a real life example of turning away. It needs little explanations:

A good example of how learning to turn towards can drastically improve a relationship.

Bid for (sexual) connections are particularly obvious when initiating sex.

Turning away or against in this case can be particularly painful for the partner as it’s a double rejection.

And, albeit it was very easy for him to spot, here’s a turning towards example.

Notice that the conversation soon takes a bad turn, but the beginning is typical turning towards.

Learn to turn towards and to stay on that emotional wave, and you’re golden.

How to Emotionally Connect

To emotionally connect better, we can do a few things:

We can learn body language, nonverbal and typical situations when people make bids for connection (ie.: after a loss, when grieving, when feeling lonely etc.)

Our partner can’t read our minds and might not be highly emotionally intelligent.
That’s OK, we can help train them!

Instead of hiding behind an argument, we have to make it clear to our partner that we are making a bid for attention. This is how secure attachment types communicate.

3. Learn about your partner

Sometimes it’s difficult listening to our partner’s pain. Especially if we feel like we caused. But responding with “don’t worry, it will be fine” does not feel like support.
It feels like you don’t want to be bothered by her feelings.
Much better instead to say something like: “of course you are upset, anyone would be upset”.

Many couples fight because men dismiss their partners’ emotions instead of attuning. To avoid dismissing emotions and keep a strong emotional connection in your relationship, avoid all of the following when she’s sharing her feelings:

Men shouldn’t think of emotions as troubles that need to be fixed, but as opportunities for emotional connection.

And if you want to read everything (and more) tidily organized in one single place, check the relationship manual in the store.