Propaganda (1928) is a classic book on persuasion and manipulation written by Edward Bernays in 1928.
Bernays proposes a new take of the Machiavellian prince “constrained” by democratic rule. The prince, unable to resort to violence as easily as in the past, must today rely more on Machiavellian communication and propaganda. Luckily for him, it can be equally effective.

About the Author: Edward L. Bernays wrote Propaganda in 1928.
He mixes social science, the psychology of manipulation, and public relation.

Bernays defines propaganda as such:

Modern propaganda is a consistent, enduring effort to create or shape events to influence the relations of the public to an enterprise, idea or group.

The Rich Men Use Propaganda Against The Poor

Universal suffrage and education are a threat to the aristocracy, the bourgeoisie, and the people with power.

The minority protected their interest with the use of mass media. With carefully planned and crafted communication, they get the common people to support their policies and ideas.

Propaganda is the executive arm of the invisible government.

This is something that modern communication experts also agreed upon. See for example:

1. Universal Literacy Didn’t Liberate People, But Turned Them Into Consumers

I loved this paragraph:

Universal literacy was supposed to educate the common man to control his environment. Once he could read and write he would have a mind fit to rule.
So ran the democratic doctrine.
But instead of a mind, universal literacy has given him rubber stamps inked with advertising slogans, (..) trivialities of the tabloids and the platitudes of history, but quite innocent of original thought.

This is something that some modern political analysts and commentators also agreed on.
See for example:

I was impressed to read what a good grasp the author had of psychology and the human mind.
This passage, for example, had me thinking that Bernays was way ahead of his time (modified for brevity):

A man sits in his office deciding what stocks to buy, believing his purchases is rational.
In actual fact his judgment is a mélange of impressions stamped on his mind by outside influences which unconsciously control his thought.
He buys a certain railroad stock because it was in the headlines yesterday and hence it is the one which comes most prominently to his mind; because he a pleasant recollection of a good dinner on one of its fast trains; because it has a liberal labor policy, a reputation for honesty; because he has been told that J. P. Morgan owns some of its shares.

This paragraph made me think Edward Bernays was a genius:

The salesmanship would reiterate innumerable times in full-page advertisements: “Eat more bacon. Eat bacon because it is cheap, because it is good, because it gives you reserve energy.”
The newer salesmanship, understanding the group structure of society and principles of mass psychology, would first ask: “Who is it that influences the eating habits of the world?”
The answer, obviously, is: “The physicians.”
The new salesman will then suggest to physicians to say publicly that it is wholesome to eat bacon.

The masses don’t have any great wisdom.
They follow their leaders and those who are better placed at influencing and persuading them.

Given our present political conditions under which every office seeker must cater to the vote of the masses, the only means by which the born leader can lead is the expert use of propaganda.

Edward Bernays says that businesses have been more and more employing propaganda tactics.

And big businessmen are more and more performing on the public stage not out of genuine beliefs, but to drive sales.

He says (edited for brevity):

The successful businessman today apes the politician.
He has adopted the glitter and the ballyhoo of the campaign with sideshow, annual dinners that are a compendium of speeches, flags, stateliness, and pseudo-democracy slightly tinged with paternalism.

Propaganda might as well be the very first great career advice text.

Edward Bernays was way ahead in his understanding of the Machiavellian games that HR and bosses play:

On occasion he doles out honors to employees, much as the republic of classic times rewarded its worthy citizens.
But these are merely the sideshows, the drums, of big business, by which it builds up an image of public service, and of honorary service. (..) Business stimulates loyal enthusiasms on the part of directors, the workers, the stockholders and the consumer public.
It is one of the methods by which big business performs its function of making and selling products to the public.
(But) The real work and campaign of business consists of intensive study of the public, the manufacture of products based on this study, and exhaustive use of every means of reaching the public.

See again a modern analysis of this same principles:

7. It’s Not About Pleasing The Public But About Swaying It

There are some parts of Propaganda that feel so prescient and so befitting to Trump’s administration that you might think it was written today:

The important thing for the statesman of our age is not so much to know how to please the public, but to know how to sway the public.
In theory, this education might be done by means of learned pamphlets explaining the intricacies of public questions. In actual fact, it can be done only by meeting the conditions of the public mind, by creating circumstances which set up trains of thought, by dramatizing personalities, by establishing contact with the group leaders who control the opinions of the publics.

8. How Politicians Use Propaganda

Imagine that a politician wants to lower tariffs.

The poor way of swaying the public would be to tell people to vote for him because he’ll lower tariffs and that decreases prices for everyone.

This how a proper propagandist would approach the issue instead:

Basically, by the time the propagandist is making is the appeal, the public is already primed and willing to accept his message.

Propaganda ends with what looks a lot like an endorsement for a technical, technocratic government that governs the masses with propaganda.

Basically, propaganda in Bernay’s view becomes a way for the enlightened elite to channel the (not so enlightened) masses in the right direction.

I think there would be many benefits to such a government, indeed.
Our task would be to make sure that those elites are indeed enlightened.

And that’s also one of the pillars of The Power Moves: we need fundamentally good people who know how to be bad to reach the elites of power.

As much as I loved Propaganda, there are quite a few cons you should be aware of:

Propaganda talks about the “invisible people with power” as if they were a homogenous group with shared interests.

But they’re not.
Sure: some interest might coincide, like keeping taxes for the rich low (or providing a way to escape them).

But there are plenty of issues where the rich and powerful stand on opposing grounds.

Talking about the few people who direct the propaganda, Edward Bernays writes:

But it is well known that many of these leaders are themselves led, sometimes by persons whose names are known to few.

Have you noticed what any critical reviewer would object there?
It’s his statement of “it is well known”.

This is the same format you find in Think and Grow Rich by the way.

Propaganda makes some big claims of how people exercise little will and instead obey orders of the marketers and PR barons.

And it also goes in detail on how the propaganda is prepared.

Yet, it’s rather light on the details of how this process occurs from the common people’s mind (which might actually be a pro since he would have come up with some un-scientific claim anyway).

I loved Propaganda.
Among the pros:

I highly appreciate how the author his fully aware, and clearly communicates, that propaganda is not an exact science.
He says:

Scientific accuracy of results is not to be expected, because many of the elements of the situation must always be beyond his control.
Propaganda, like economics and sociology, can never be an exact science for the reason that its subject-matter, like theirs, deals with human beings.

I repeat myself, but Bernays was so ahead of his time that he is still ahead of many modern “communication experts”.

Some principles, like ditching facts for propaganda, are a timeless constant that worked 100 years ago as much as they will work in 100 and 1.000 years.

I agree that democracy is far from the best form of government, and it can potentially get even be dangerous.

Propaganda can be used for good or for evil.
And what we need is an enlightened leadership that uses propaganda for the best interest of humankind.

Propaganda is a genius book.

It is to persuasion and manipulation like The Prince is to power and power dynamics.

It’s aged and some claims are wrong or unscientific.
Yet, I am astonished at how many golden nuggets of wisdom are scattered in this huge classic of persuasion and manipulation.

Propaganda was written in 1928, in a period when the social sciences were at their infancy.
Hence, it is not strictly based on science.
Yet, Edward Loius Bernays provides something that goes never out of style and keeps working even when there is no scientific evidence (or when scientific evidence is scarce or poor): an intelligent mind to analyze the status quo and the social dynamics.

Some of his intuitions are genius and way ahead of time.
Most people today still don’t have half a good grasp of influencing as Bernays had 100 years ago.

I personally place Propaganda at the same level as The Prince by Machiavelli: a huge classic on how to be bad, which can be used for good.

I also tend to agree with him that democracy presents some limitations, and that enlightened leaders who can sway the masses with intelligent communication and propaganda can also best position themselves to do the interest of those same masses.
This is had long predated the birth of the more recent psychological movement called “Nudge Theory“, rebranded by Richard Thaler after his book “Nudge“.

The only question we must ask is: will leaders who adopt nudge theory and propaganda be enlightened leaders who will benefit the greater good, instead of themselves? 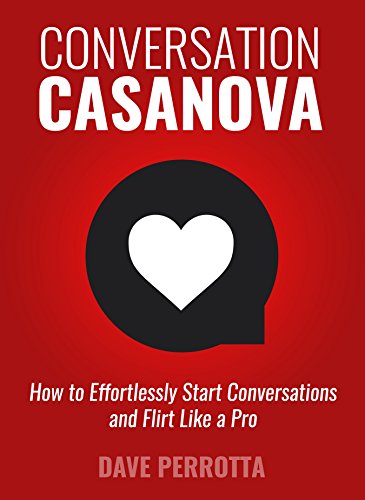 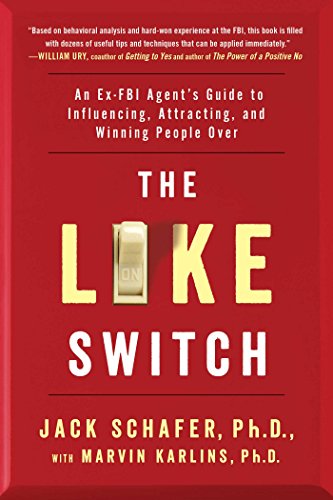 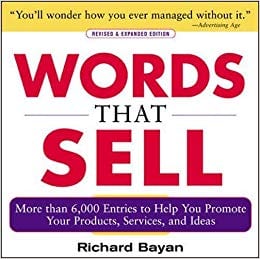