Being able to read the signs of a bad boss is extremely important for employees.

A bad boss will not only damage your career, but also your personal development and your life satisfaction.

Ultimately, though, I am grateful for bad bosses. Bad bosses provided me with the anger and fueled that pushed me into entrepreneurship.

How This Article is Different

This article does not copy-paste a few annoying traits like most posts on the web do.

This article leverages solid psychology to provide you with a list that underlines the key personality traits of bad bosses -and, in general, bad people-.

When you see these red flags present in your boss, you should seriously consider moving on because your bad boss is probably making you a worse person.

Before diving in, I urge you to consider reading right after this article “how to be a great leader“, which is a psychology-backed article on how to become a great leader and manager.

The ideal boss has a moral framework within which he fully focuses on achievement.

And to achieve at the highest level, as Ray Dalio says, you need to constantly search for the truth against the backdrop of reality. And that means that you need to put your ego aside.

For the ideal boss, it doesn’t matter whether he’s right or wrong. It only matters what’s the right answer and what will move him, you and the whole company forward.

It’s a sign of a bad boss instead focusing on being right, having the last word and taking feedback personally.
All of these, by the way, are the signs of a fixed mindset.

If this is you, don’t worry: it’s common. And it’s fixable.

One day I sent an email to my boss with a better description for our Linkedin company page, which was full of grammar mistakes, and for our website’s SEO (I was already running this website and could spot some obvious improvement opportunities).
Instead of being excited at the chance of moving forward, he got defensive and aggressive. And that’s when I had no doubt anymore: I was dealing with an idiot.

2. Believes that providing a salary is all that matters

Look at this scene from “Adman”:

John Maxwell says in the 21 Irrefutable of Leadership that leaders add value.

But by “value” he refers to both quantitative aspects, such as a salary, and qualitative ones, such as an emotionally safe environment, a supportive group, and a leadership figure that you can learn from.

If all your boss can provide is a salary, then you have another sign of a bad boss and you probably shouldn’t be working for him.

As Seth Godin says in Linchpin, if your exchange is only monetary, then you’re basically a prostitute. And there’s nothing inherently wrong with being a prostitute, but unless you’re making millions chances are you’re also selling yourself very cheap.
Don’t do that.

3. Believes a salary is the main motivator

Some bad bosses believe that giving you a salary is all they need to provide to keep you chained -and motivated-.

That a huge failure of understanding basic human psychology and what really drives us. And like Daniel Pink explains in Drive, that’s often not money.

With a boss like that, you are not learning what makes people tick.
And you are not maximizing your potential.

And just for you to know, this is the difference between intrinsic and extrinsic motivation, as adopted from Haslam, 2006. 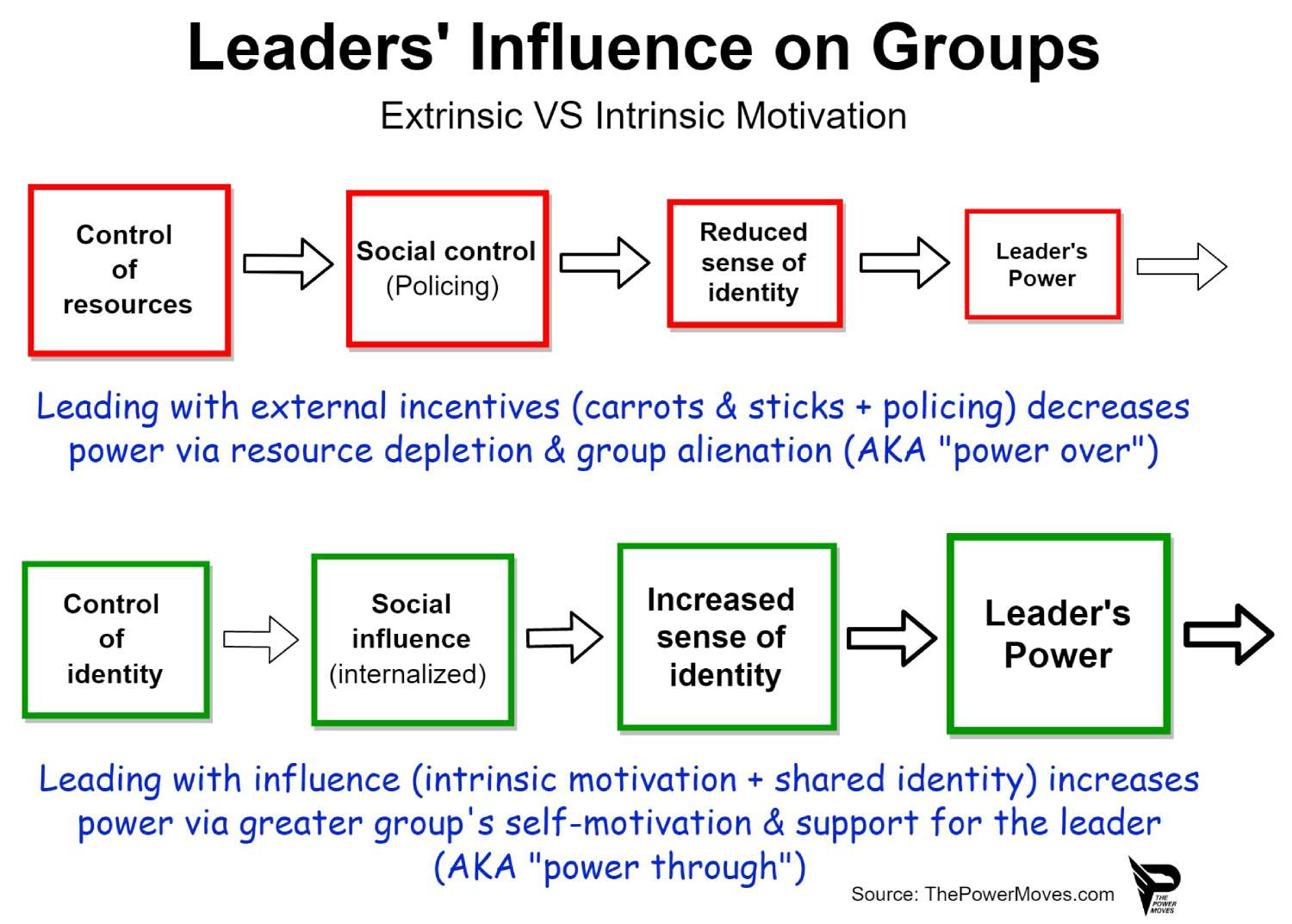 This is an indirect sign of a bad boss.

If you’re looking too much forward to the weekend and if Mondays and your last day of holiday feels like a small drama, that’s a big sign you have a bad boss and/or a bad job.

Simon Sinek in Leaders Eat Last says that leaders are not responsible for results.

What are they responsible, then?

That means taking care of the employees, knowing them as people and not numbers, and appreciating them for their unique contributions.

Failing to know anything about you is a clear sign that your boss only sees you as an entry in the cost center and not as a human being.

This is a corollary of the above and another glaring sign of a bad manager.

Dale Carnegie famously said that the sweetest word in any language, for anyone, is the sound of their name. And not caring about how to correctly pronounce your name is a big sign they don’t really care much about you.

Some weeks ago a friend of mine asked me what could be a good westernized name for her Chinese name. She needed it because her European boss could not pronounce her name and needed a westernized version.
I told her she shouldn’t change her name for anybody.
Change boss instead of changing your name. Or better yet, tell him he’s a smart guy and you’re sure he can learn it… If he only applies himself just a little bit.

7. You don’t respect him

To have a good relationship with anybody, you need to respect him.
Ask yourself:

One no is not a good sign.
If you answer no twice, you can’t work for that guy.

Mistakes happen. All the time.

Bosses who cannot accept mistakes and mishaps as a normal part of life fail to understand a basic truth of life. And they show another terrible sign of bad managers: they focus on negatives and on blame instead that on solutions.

The great bosses, instead, take responsibility for all failures (read: Extreme Ownership).

9. No gratitude, no rewards

Great managers celebrate their team’s achievements and pass the glory to the people around them.

I used to work at a start up as an early employee. At the time I left and after we’d raised double digits millions in both debt and equity, I was responsible for, numbers at hand, 80% of the revenue.
Not a single time I had ever heard a “well done” from my direct manager.

Not the kind of boss you appreciate, let me tell you.

We are humans, obviously we will like someone more than others.

But the ideal manager treats everyone equally.

The worst kind of favoritism is not even based on results, bad on race, gender or simple physical attraction.

As you can understand from this website, I do like women. But I think few things are as weak as a boss taking advantage of his position to sleep with his reports.
Or even worst, flirting or being all nice and tender to the female reports.

A terrible boss playing favorites was one of the main reasons I set out on my own:

If your boss has favorites, it’s another sign of a poor manager. 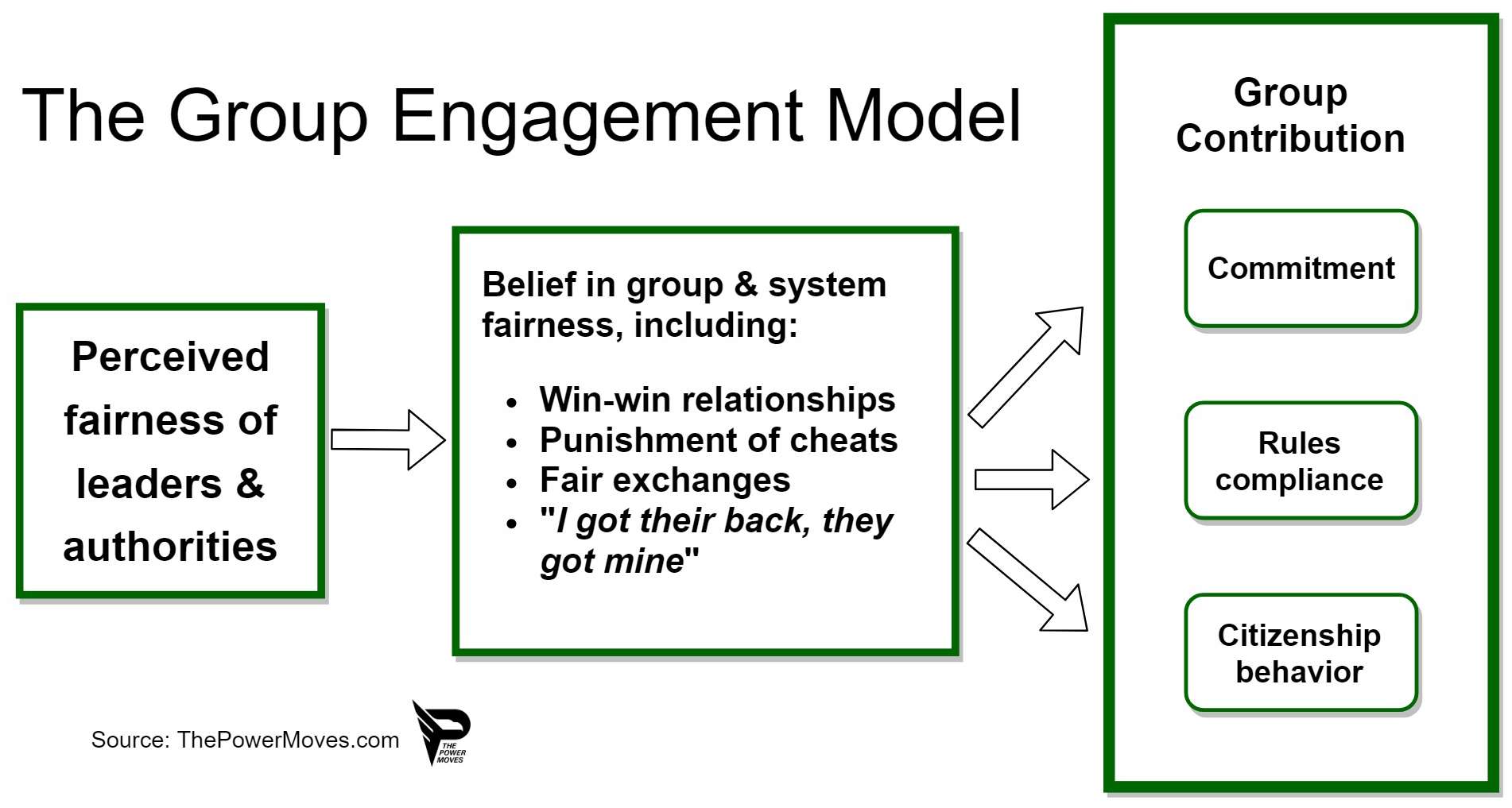 There are many more ways to subtly (or openly) disrespect you.

These are often the signs of a boss who feels superior because of his title. And they’re also the sign of a bad person, looking at titles instead of human beings.

Yelling is a common example of open disrespect.

Yelling to adults is an disrespectful and I can think of very few exceptions (life/death scenarios, military jobs, stealing.. ).

You can read here how to handle a boss yelling at you, but if the problem persists either make sure your terrible boss gets fired or you find yourself a better alternative.

Some bosses see employees as expandable pawns and cannon fodder to win their own war.

I was once at an interview as a senior candidate and was invited to attend a few strategy  meetings before even joining. The founder referred to employees in what he deemed easy positions as “monkeys”.
He used to say “we just put need monkeys for those jobs”.

I was really tempted to join from a Power Moves experience perspective, but finally I decided against it. Our time is too valuable to be spent with terrible managers.

You might not get such a direct example of “take no prisoner attitude”, but here are are a few red flags:

Now don’t get this wrong: without profits there’s no company and achieving your results is key. But if that’s all they brag and care about, it’s a big red flag.
These guys have no loyalty and morals: don’t even think about growing with them. Think instead that as soon as you don’t serve their final cause, you will become the enemy.

A leader who is at the top should look for his team.

But a leader who is at the top and looks to defend his turf and increase his social status shows inner insecurity and lack of basic leadership qualities.

Some signs of power games:

Here is an example from, case in point, “Horrible Bosses”

At last, I’d like you to consider a completely different perspective.

There are no good bosses.

For the simple fact someone is “your boss”, you need to get rid of him.
This is a great mindset if you’re interested in entrepreneurship and need that final kick to get started.

Alternatively, I like Brian Tracey‘s position when it comes to employment.
He proposes that no matter what’s your company, you always see yourself not as an employee, but as the president of your own corporation.

That’s why I put a lot of weight on the question “do you respect him” and “would you be his friend”.

The problem of having a bad boss is that, well, life is short.
You will enjoy your work less -or even hate it- and your chances for growth and improvement are severely impaired.

If your boss is really terrible, I’d suggest you either think about changing job or using the situation to your benefit. Either use your bad boss to learn about power moves or to profit personally (read: dealing with a a bad boss).

Alternatively, you can use as your motivation to become your own man and start your own business. 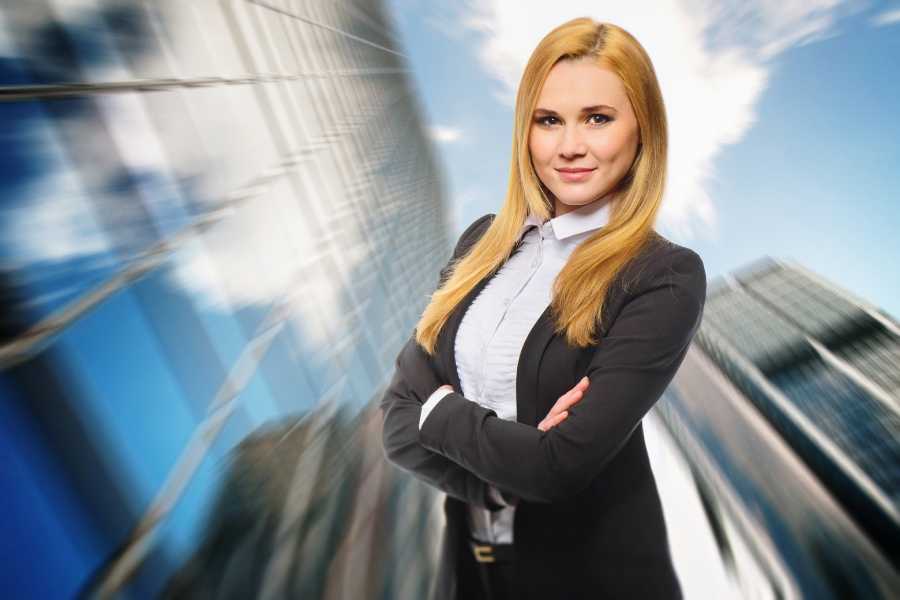 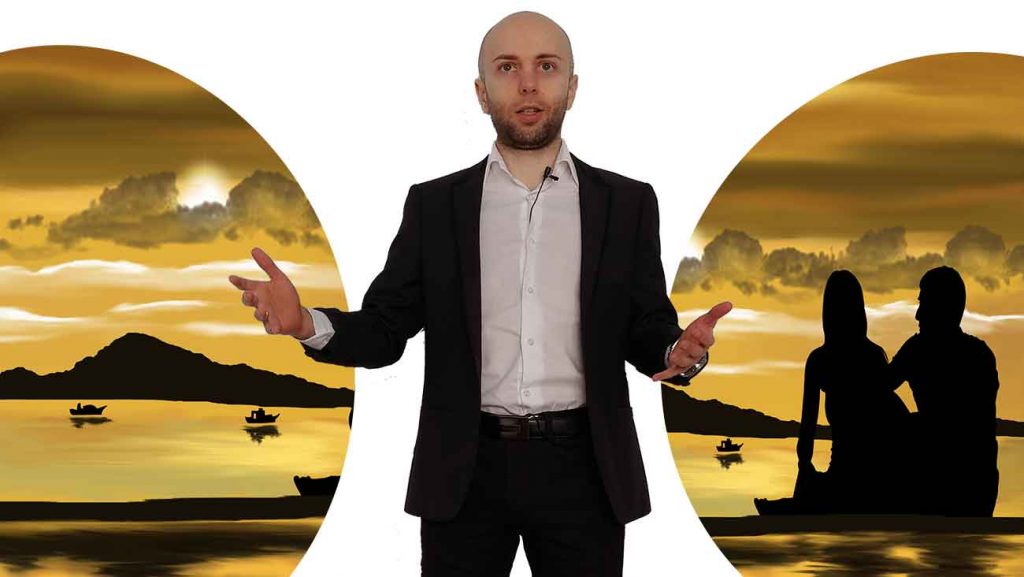 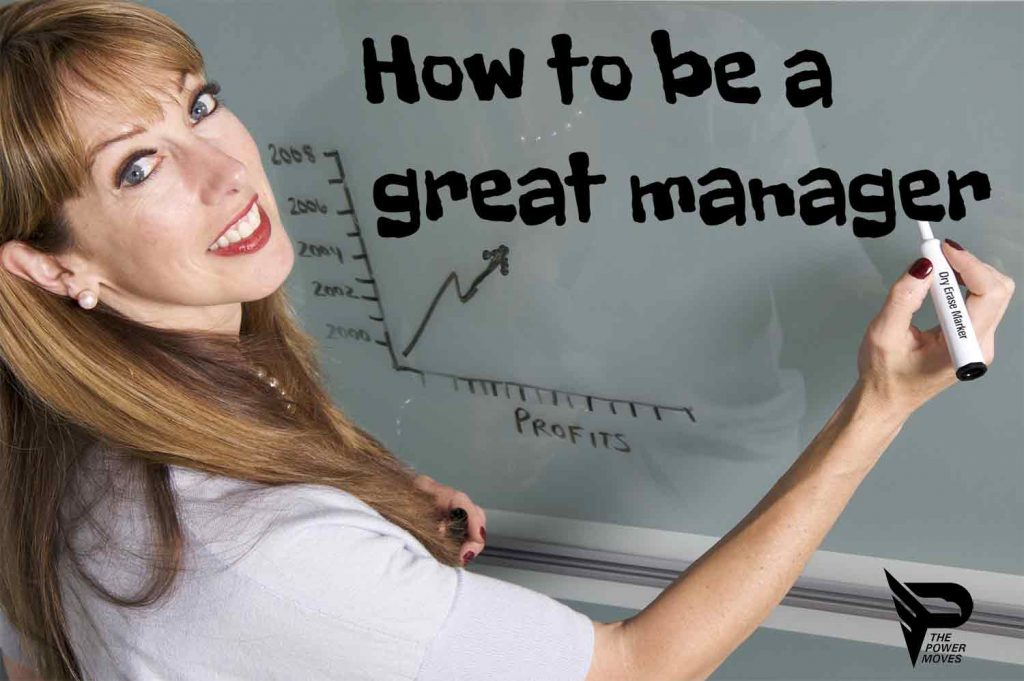