What to do if a girl flakes but keeps texting?

First of all, know that it’s a common issue.

I have been there countless of times.
And eventually, I refined a good method that works most of the times.

With this article, you will learn the method through a text-by-text case study.

What to Text Flaky Girls

Most guys drop the ball with flaky girls by pushing too hard until the women lose interest.

Or they give up themselves complaining about flakes.

Granted, some flakes you will never meet, but you should at least do your part properly.

Please note she has very bad English. Albeit I believe that a terrible English is an indicator of low quality women, she was young and learning. And very attractive.

My plan was to contact her the day after and ask about her schedule. 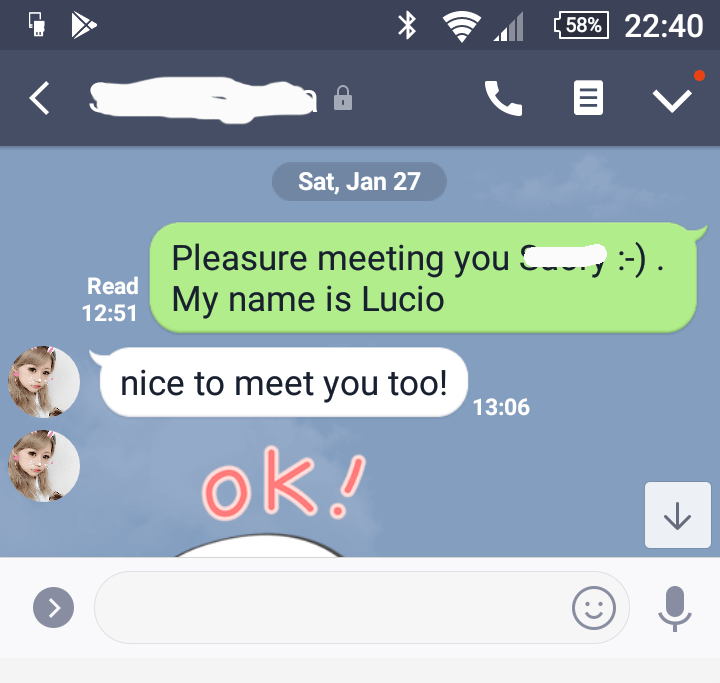 #2. Dealing With The First Flake

She misunderstands my request of “what’s your schedule” and/or doesn’t give me a date.
Not the best situation.

I propose a date and she denies it without proposing another date. Not good. 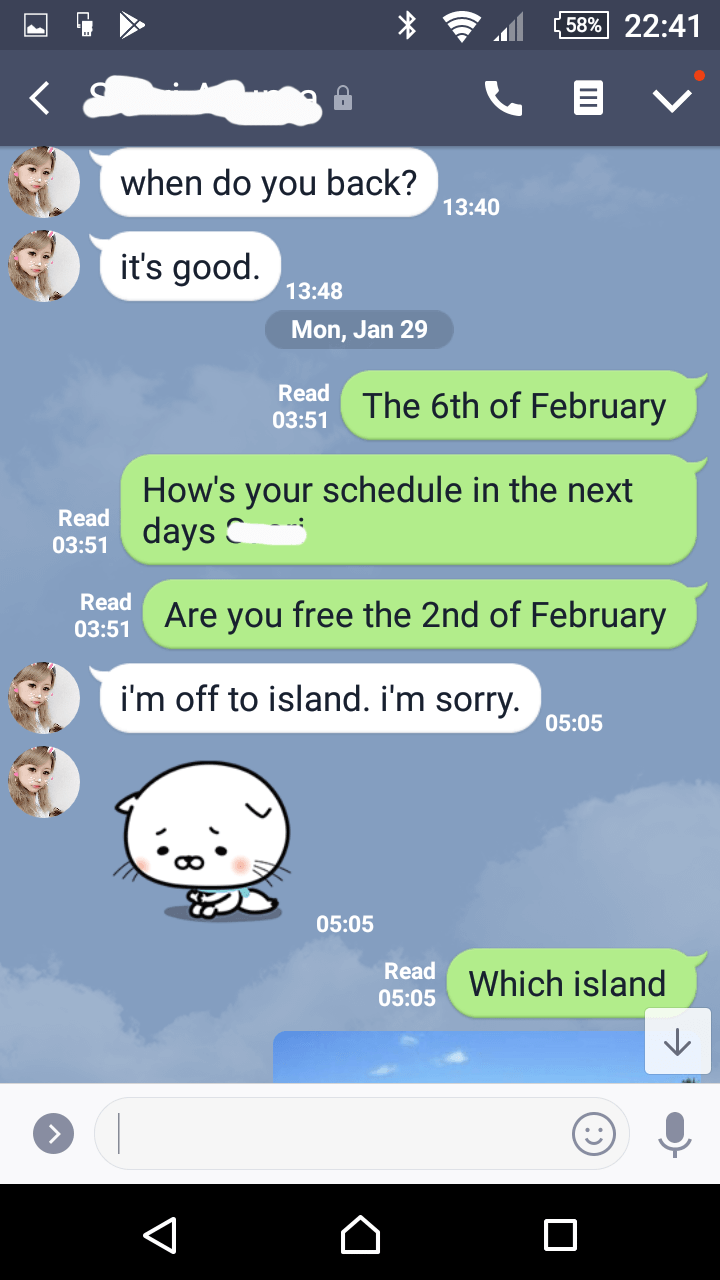 At this point I could have asked her when she comes back, but that would have been quite a lot of chasing from my side.
I decide to go another route:

#3. Take Pressure OFF After First Flake

Pressure off and I want to get some points back. I want to give her a reason to say something and engage.

I send a picture of an amazing place which almost everyone would like. You could do the same with some food: that also almost always works.
Notice I say you should go there with your friends, which is sliiightly dismissive. 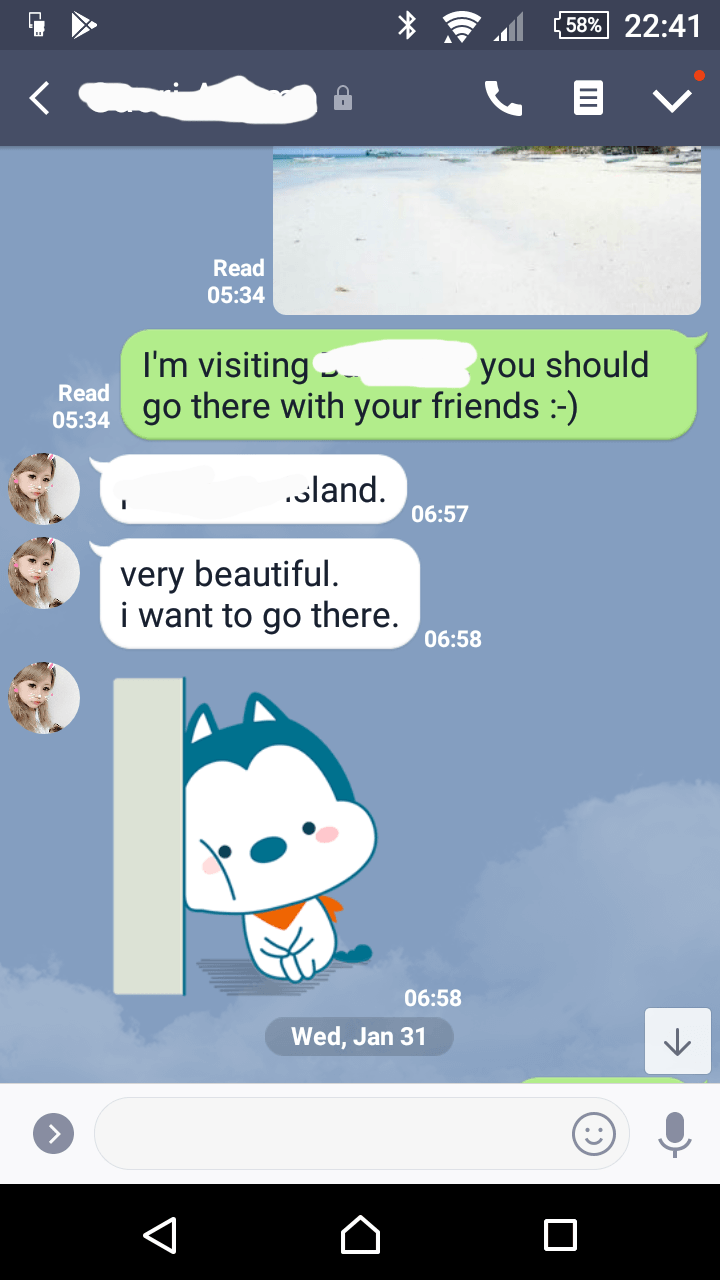 After that I don’t reply.
I’m trying to accumulate some brownie points for my next charge by making her write last.

Now I can freely call and go for it again without being too chasey.

She doesn’t pick up: expected.

With my after call text (always write right after the call) I bridge back to the last conversation. It’s always good to put a bit more meat on the fire so it doesn’t look you’re only and always trying to get her out. 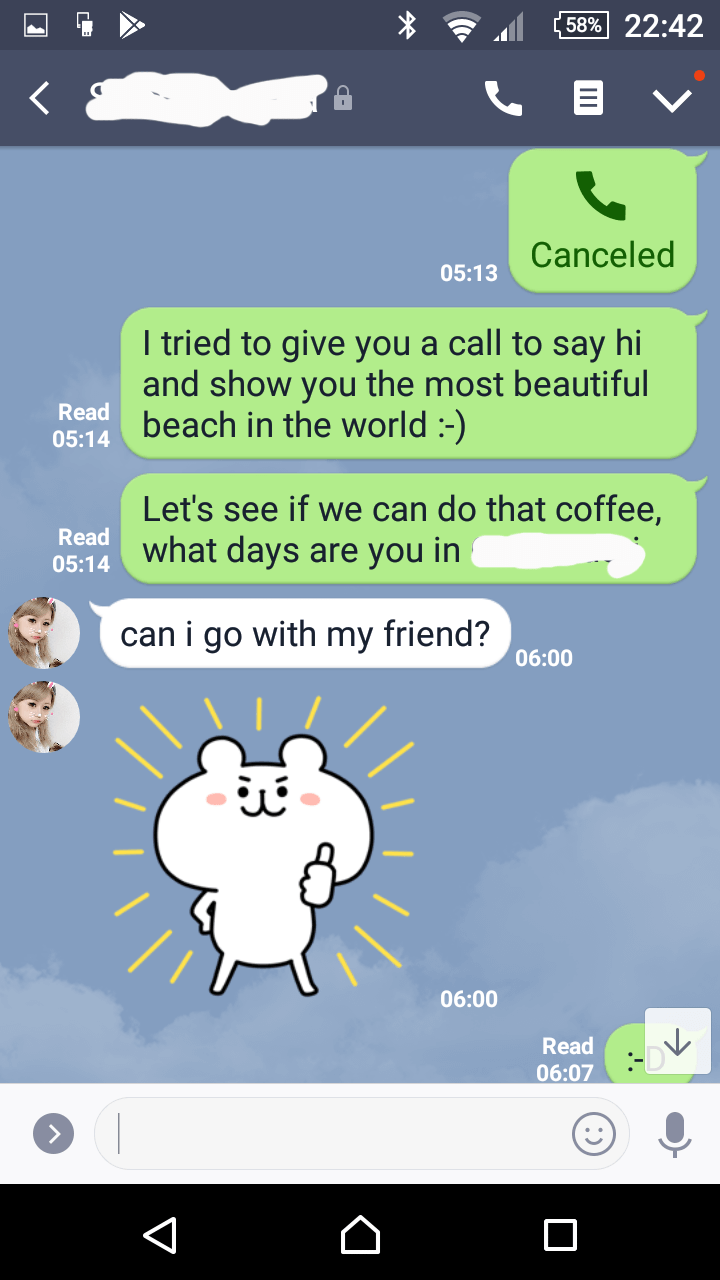 She proposes to go with a friend.

This is typical of younger girls and girls who have mixed feelings about you. They like you but they’re also a bit worried/shy/apprehensive.

I reply I’d rather meet her on her own. It’s a risk you gotta take. I make a slight mistake here though: I should have asked why she wants to meet with a friend.
That would have uncovered her real issue but at that point I was kinda confident she’d go for it.

We exchanged a couple of texts where she seems positive about meeting.

But again, she flips flops when it’s time to set it up. and doesn’t reply. The whole interaction was hanging on a thin thread here and it was close to end for good.

Writing her name with a few dots is a good way to resume a conversation when she doesn’t text back. It works mostly when there was a previous convo. 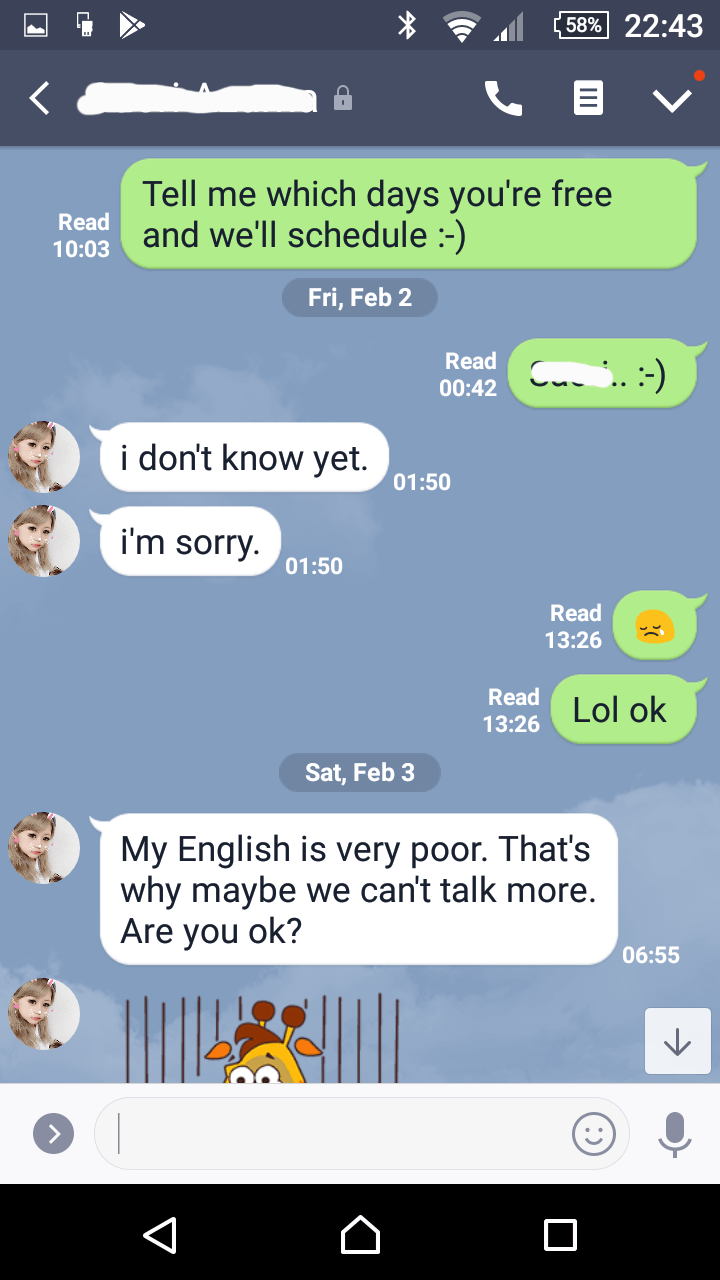 Pushing here would have probably been the end of it.

My best bet is to let her re-engage first. I put a crying smiley. It should be obvious I’m exaggerating but just to be sure I add “lol ok”.
No more, you must remain unaffected.

The day after she comes clean on her real issue: limited language skills. Great, now I can address it:

Telling her “it’s OK, you don’t need to worry and blablabla” is a typical, common mistake.

It would be too much effort and too much push. Make her feel it’s fine by relating to her instead.

And then I go for it again, mildly.
I’m banking on the fact that now that we’ve addressed the issue she’s OK with going ahead. Whether she is or not, you’ll never know without actually going for it, so you simply have to.

Because pressure is off, yes, but the mantra still applies: 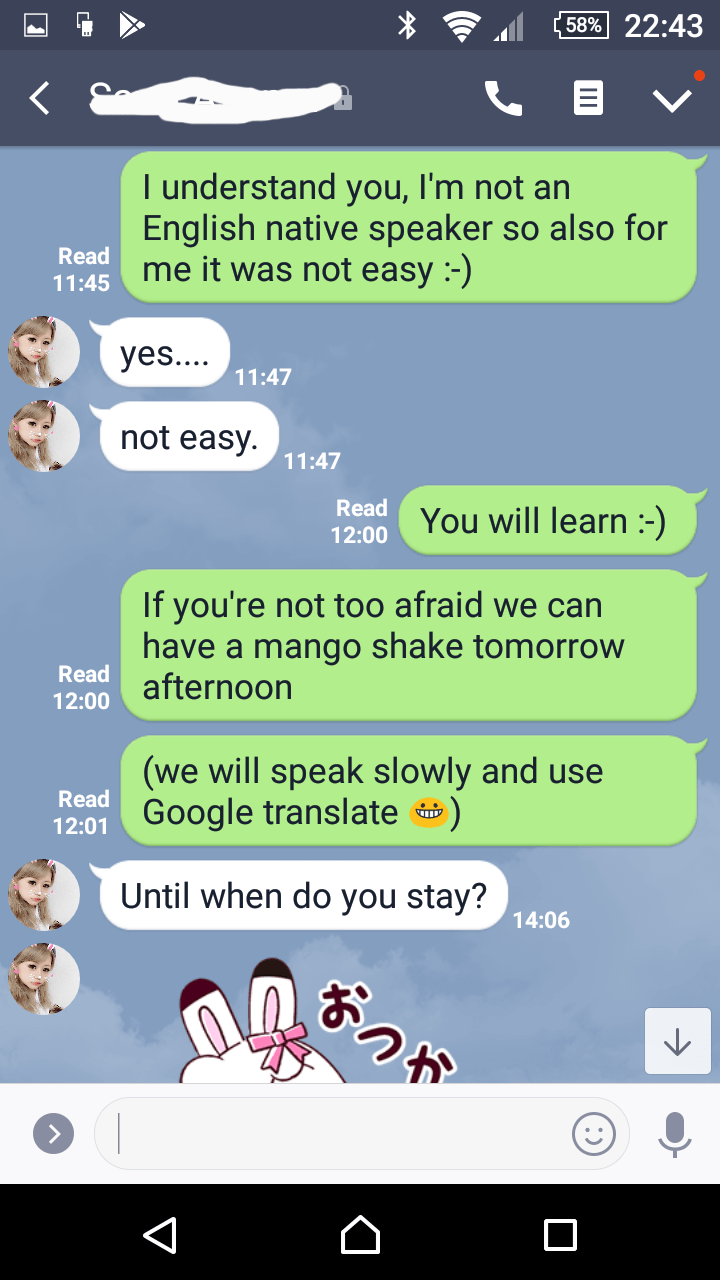 Replying to that sh*t would be a mistake. It’s the second time she asks, and it’s leading me astray.
Plus you don’t wanna follow her lead and reply to her questions when she’s not following yours (giving you a date).

#7. Blow Her Off To Regain Power

I have a different plan in mind: blow off her question and get her to follow my lead instead.

She’s Japanese, so I tell her I tried a local Japanese restaurant, which should easily get her to jump on my topic. 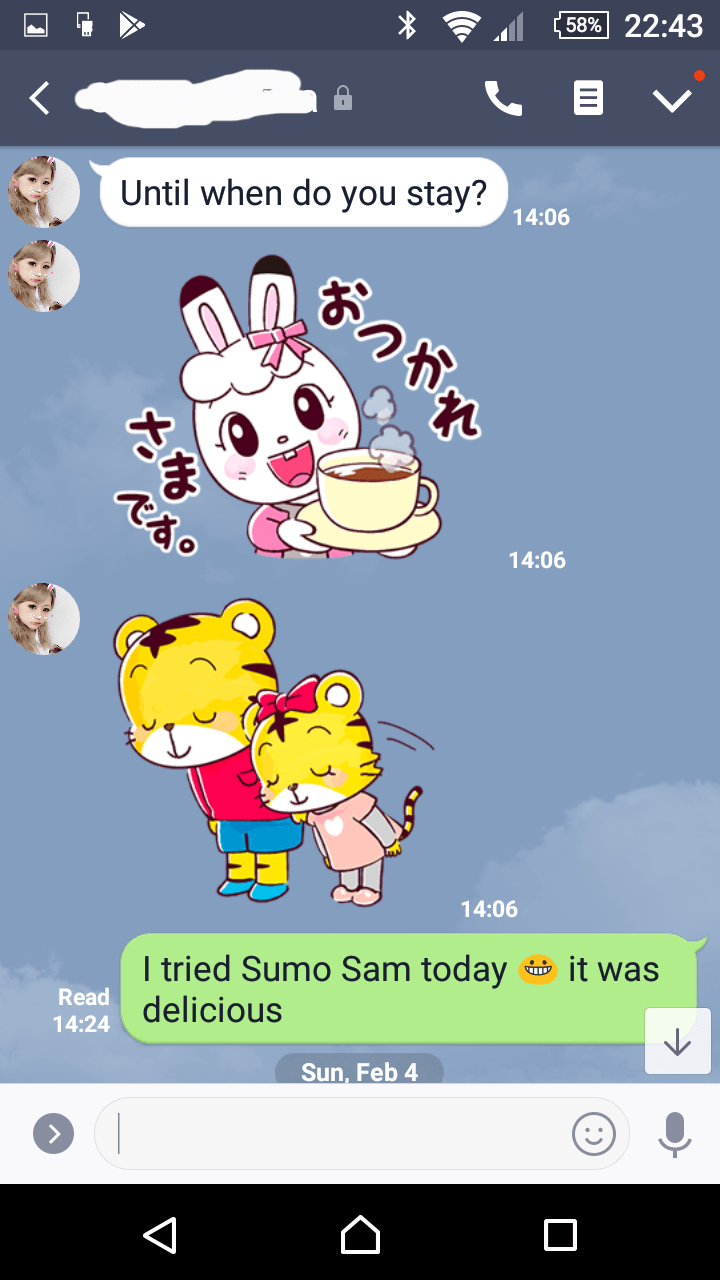 Which indeed is the case:

Trying to send her a picture here would not be too good because, again, you’d follow her lead when she’s not following yours.

At this point, it’s time to start getting a bit more disengaged. We’ve exchanged quite a few texts and you can’t keep chatting with flakes for too long.

So this time I don’t ask her when she’s free but I tell where I will be. 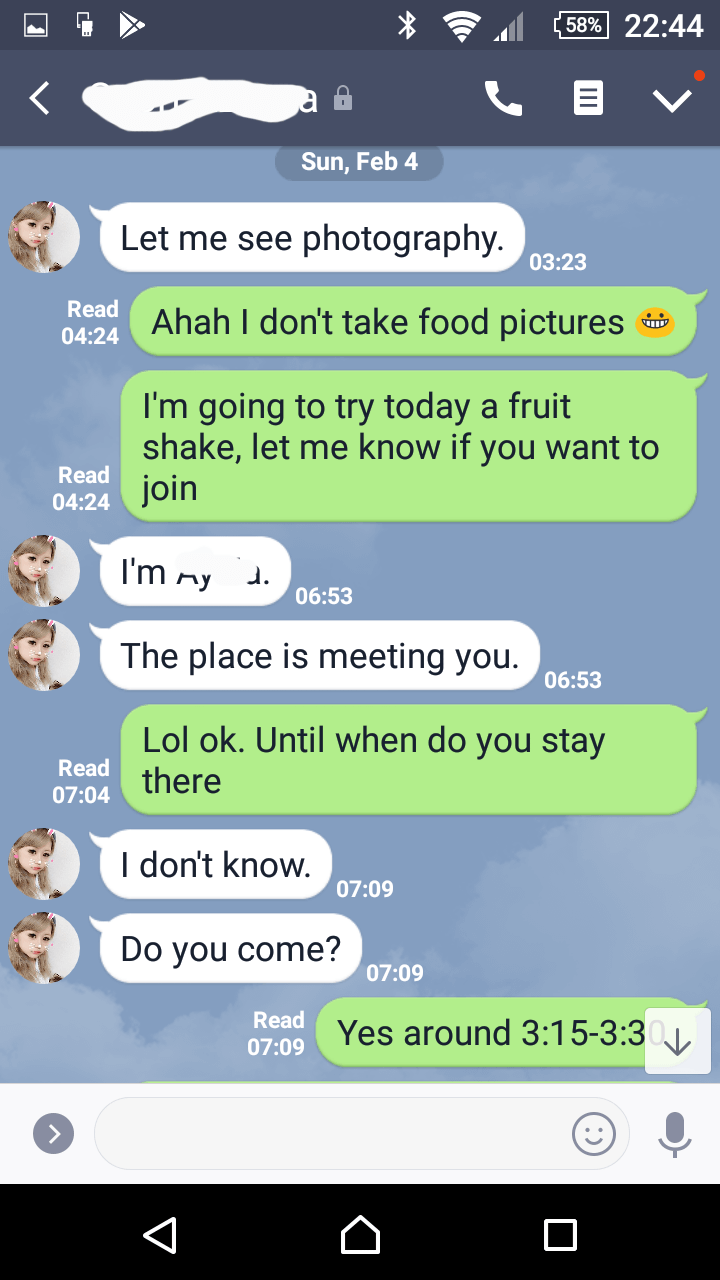 Notice that I don’t rush to go to her just because she says she’s there.
Never run after flakes: that’s how they string along men for the eternity!

P.S.: the time doesn’t match because of different time zones.

#9. Capitalize On Any Opening

When she says she’s with a friend it’s also a key moment.

If it was at the beginning of interaction it might be OK to tell her she should choose you in a slightly cheeky way, like for example:

it’s OK, tell your friend you have to to meet a handsome guy

But at this point I’m not gonna invest a zilch anymore. I’ve spent enough time, addressed her concern, made her invest enough. If she’s into me at all, she should be cool with meeting me.

So I tell her we do our things and we’ll see.
And finally it goes just the way I want. The moment she says “where are you” indeed marks a turning point. That’s her putting in effort and chasing me. 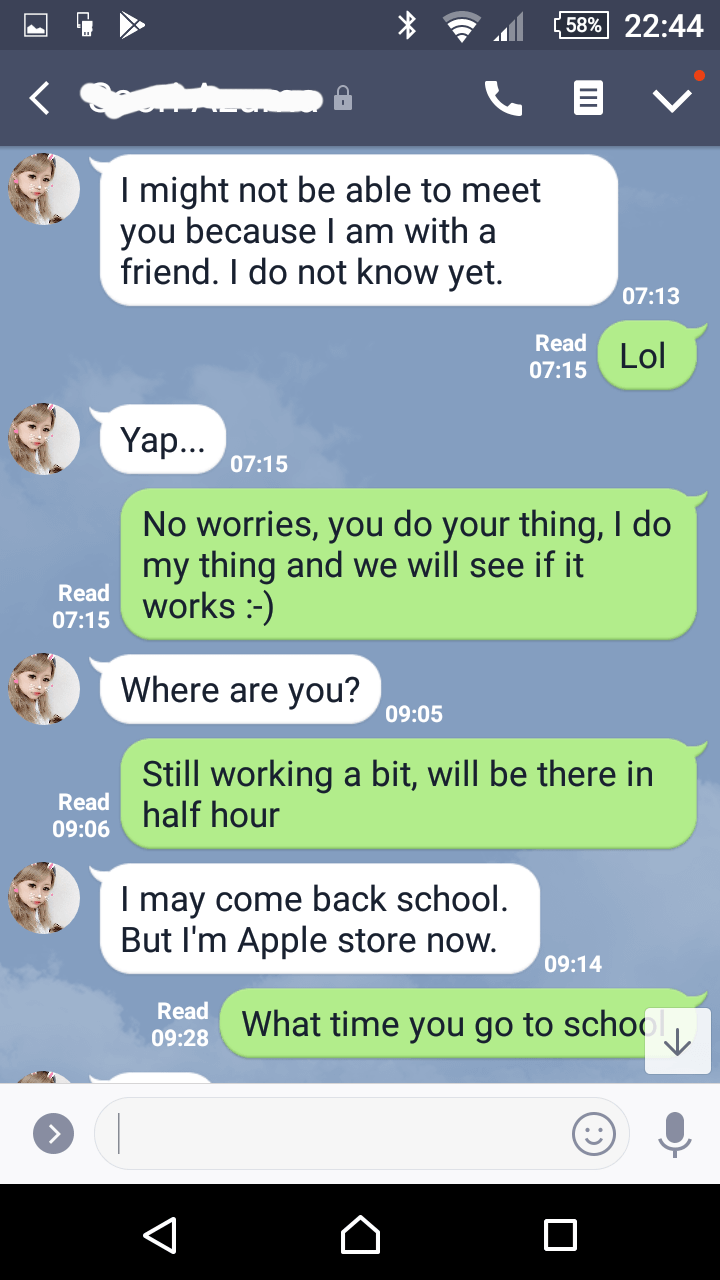 I know it will take me longer than half an hour, but now that she’s finally chasing I want to string her along a bit. I need to make back some points.
However, don’t overdo it. At the end of the day, it should still be a win-win to meet, so don’t go overboard with ignoring or not showing up at all.
As for most everything in life: balance.

And finally, we met. 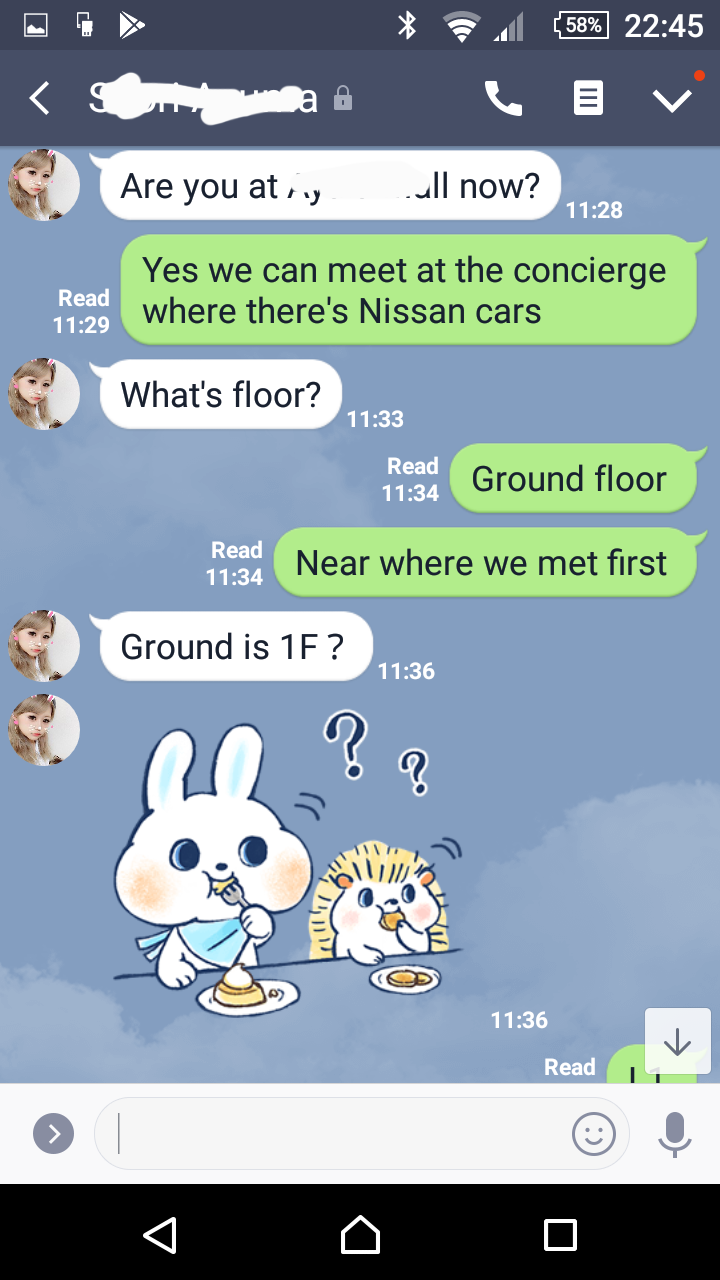 What to Text Flaky Girls: Overview

I define here flakes as women who never seem to make concrete steps to meet. They seemed interested, they kinda of reply.. But keep out of reach.
You handle these women like this:

If they don’t meet you again, they’re either never gonna meet you, or there’s an issue. So:

Texting flaky girls can be (relatively) a lot of work as you can see.

It’s your choice whether or not to engage in it, but know that among flakes there are many girls who actually like you.

So if you also like them, it could make sense to take some time on it. Just remember the golden rule: don’t chase too hard, try to rebalance the power and strike as soon as you can. 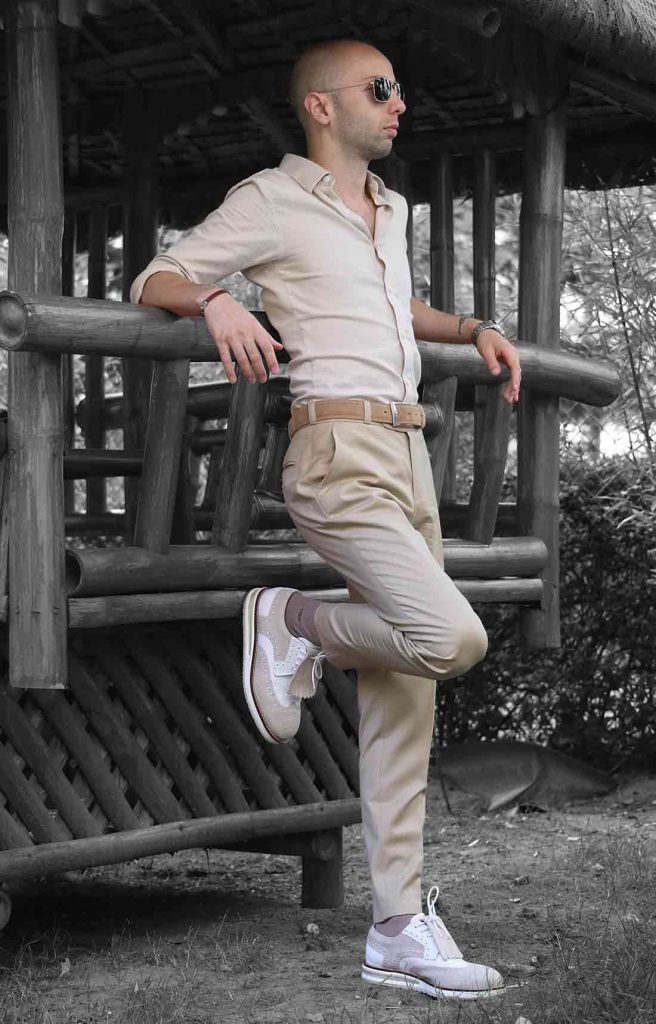 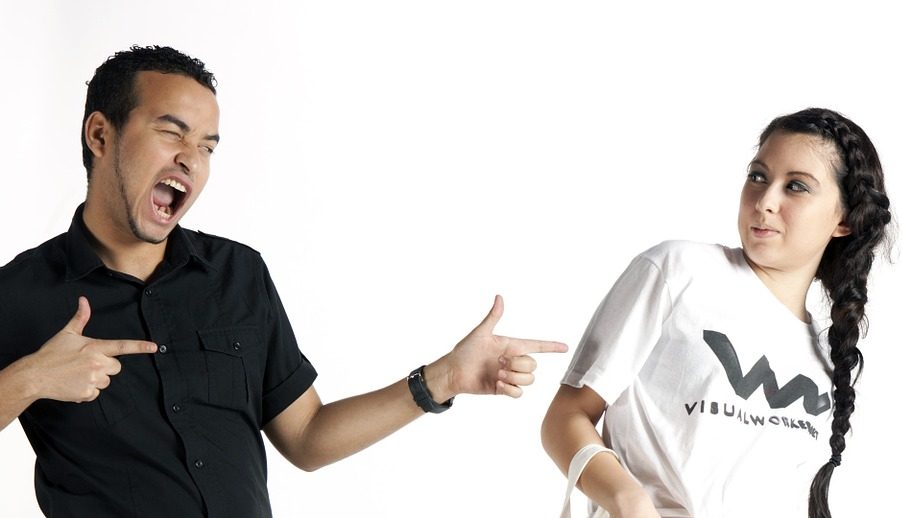 Amber Heard defense strategy: how …by Growfast28 mins ago

How old are you? Power moveby Ali Scarlett12 hours ago