As it’s to be expected, after all.
Men and women are biologically different, are brought up differently, and move within different cultural expectations.

Whether culture, nature, or nurture matters the most is a hotly debated topic. Luckily, we can skip the discussion and focuses on practical solutions.

And for our practical purposes, we can recognize two different approaches to business for men and women.
One is not superior to the other, of course.
However, different situations tend to favor and reward either the male style or the female style.

Historically, workplaces have been environments that functioned with the male style.
There are exceptions, of course. But in most cases, if women want to make it to the top of their organizations, they need to learn the men’s way of doing things.

Bookmark it here at high-resolution.

Note that I didn’t say that women have to adapt to the male style.
A woman can:

But if she wants to make it within male-dominated organizations, she must learn to work the male way. And, in any case, she can only gain by understanding how men differ.

The Higher You Go, The More The Male Style Wins

Women are well represented in the workforce and in managerial positions.
But are still struggling to make it into executive and board positions, and this is why:

In Junion Positions the Feminine Style Works Great
Women can enjoy great success early on by being nice and submissive.
They focus on being pleasant, doing great work, and they do well.

In Middle Management the Feminine Style Works Great
Women still enjoy good success with the feminine style in management positions.
Low and mid-management levels are seen as nurturing and collaborative: taking care of the team members, and keeping the team cohesive and harmonious.

On average, to make it to the top you need to learn to play the men’s game.

Why the “Go-Getter” Male Style Goes to The Top

Some women are natural go-getters. Others need to develop those skills

Bradberry surveyed 500.000 employees, managers, execs, and CEOs (1.000 CEOs, to be precise).
Bradberry found out that EQ (emotional quotient) increases with titles up until middle management.
Then it starts steeply declining with executives, and it reaches the bottom with CEOs.

Why do CEOs score the lowest in emotional intelligence?

Is it because companies promote lower EQ folks, or the tasks linked to their position lowers their EQ?
Even Bradberry, who is a big proponent of Emotional Intelligence (EI), acknowledges that it’s a bit of both -hence, he’s also saying, being low in EI helps you get promoted-.

There are two more factors at play, though.
One is that people in power do not need to be empathic towards the ones below them.
Says Goleman describing the “politics of empathy”:

Those with little power are expected to sense the feelings of those with power, while those in power feel less obligation to be sensitive in return.

And second, and most important, it’s not that CEOs are (necessarily) emotionally stupid. They just have different priorities.
CEOs are more concerned with power, winning, and getting things done than with what help you score high in emotional intelligence -things such as understanding what others feel, protecting people’s egos, nurturing relationships, and “getting along”-.

And if you want to make it to the top of most organizations, it helps to know the game that those execs and CEOs are playing.
Even if you want to transcend those rules once you’re at the top, you still need to learn them.

This post (and Power University) is about learning those rules.

The More Autocratic the Leader, The More Extreme the Male Style

As a general rule:

You can see it with Donald Trump.
People who are successful around him are sworn allies to the man, not the organization. They respect the hierarchy and honor the boss (notice how meek vice president Mike Pence is around Trump).

And when the boss is not around, they all have an aggressive, “results-no-matter what” attitude.

See here an example with Mike Pompeo, one of Trump’s favorite and most successful allies:

Mike Pompeo: Our adversaries should know this (..) this organization will be more vicious, more aggressive, more inclined to take risks (…)

Pompeo’s way is the extremization (caricature?) of the male style. It’s all about aggression, domination, risk-taking… And enemies that need to be conquered.
In that Trump environment, a more pro-social and kinder female style would be seen as weak and ineffective, and it would never reach the top.

The 3 Traits to Master The Male Style

In the table above there are many entries, and I recommend you read it all.
The main ones you need to care of, are:

Going up the corporate ladder, in good part, is a matter of competition.
To do well in business means getting good at competing.

Men are more competitive and more comfortable with competition, and that gives them an advantage both at work, and in power dynamics in general.
Says Deborah Tannen:

#1.2. Learn to Settle Disputes Through Competition

While women ten do to avoid competition, competition is exactly how conflicts are resolved in many boardrooms (and in some cultures).

For more information, self-assessment, and tips on how to compete, read here:

#2. Power Dynamics: Learn to Respect -and Be Respected- In Hierarchies

Men move in a world of top-down hierarchies, while women are more accustomed to flat hierarchies.

This is not to say there are no alpha females and no female hierarchies at all, but they are less pronounced, and follow different rules.
This is what you need to know about male hierarchies:

Many of the above rules may seem petty to some women. In many ways, they are. But if you flout them, you are likely going to pay the political price.

So they tend to be goal-oriented, thinking about the fastest and most effective way of reaching the goal.
Only after they found the quickest way, men consider the rules and constraints.

Women tend to be more process-oriented, valuing fulfillment and harmony as important parts of that process.
To men, that can look like women don’t want to win badly enough.

At work, a bottom-line first mindset is most likely to carry you to the top.
It’s not that corporations are evil per se, but the interests are simply aligned that way. People who are financially invested in the business want to see their money grow.

A bottom-line first mindset is the mindset that Wall-Street, investors, and owners love. It means they can entrust you with their money.

Women talking to other women often like to start with a backstory, like how they came up with the idea. And that can be OK… As long as you quickly tie it to the main point.
Too long a preamble, and men lose patience fast, especially at the executive level where time is money.

When the junior employee starts sharing his background story, the CEO immediately tells him to cut to the chase. But notice that it’s different when the background story relates -and leads- to the main issue

Most career strategies apply to both men and women. But there are several significant peculiarities women should be aware of:

Having a mentor is helpful to anyone, but it’s especially important for women in business organizations.

The authors of “Breaking the Glass Ceiling” found in their survey that only 38 percent of successful men had mentors, but all of the women executives had mentors.
Pat Heim believes that’s because women need to re-learn the rules of the game, and a mentor helps them navigate that new world.

Women are comfortable talking about relationships and feelings.
Men are not.

You make men uncomfortable talking about your relationship, even if you mean “work relationships”.
So if you need to talk about interpersonal issues approach it by saying “how to work better together”.

2.2. Watch Out for The “Factual Power Moves”

Some men might try to avoid a needed relationship talk by sidetracking you.

We will see more examples in the relationship module, but for work, imagine that your colleague has taken your idea to the boss and got all the credit.
Now you confront him:

You: Matt, when I tell you my ideas and you take them to our boss pretending they’re yours, I feel I can’t trust you. There’s a big problem with us working together
Matt: Well, your idea wasn’t that good. I can think of lots of better ways to streamline the process

The attack is the sidetrack.
If you start defending your idea, you fall for the bait.
Instead, you must maintain your frame and take it back to the relationship issue (in this case, trust):

You: Matt, the issue is not who has the best idea. The issue is trust. And when you behave like that, I don’t feel I can trust you

At this point, in the most extreme cases, men can use the “emotional power move”, which goes a bit like this:

Matt: Oh, you women are all alike. So emotional about everything. Let’s just keep this professional

Again, he is trying to sidetrack the conversation to avoid fessing up to his wrongdoing. You want to keep insisting on the real issue.

When a woman is promoted to a managerial position, other women can grow resentful.

Don’t take it personally, often it’s a knee-jerk reaction to their own female bias.
To a woman, a woman becoming a boss is a betrayal of the female unwritten rules (flat organization and “power dead-even”).
Read more in this forum entry.

To handle it, I recommend this approach:

And here are more female-specific advice in shorter format:

And if you’re feeling like crying?
Read this forum entry on how to handle tears.

This is a preview from Power University, the workplace module, where you can find more real-life examples and practical advice. 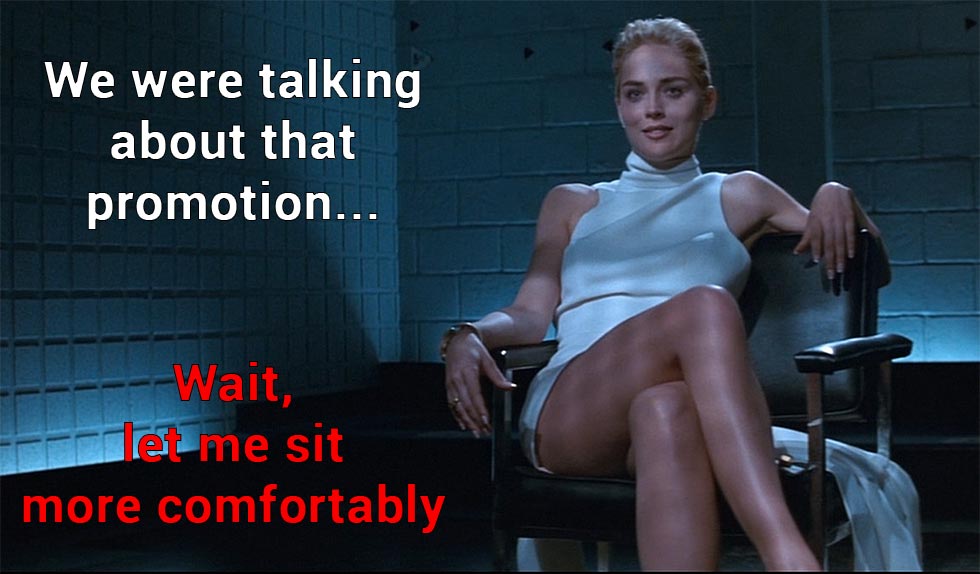 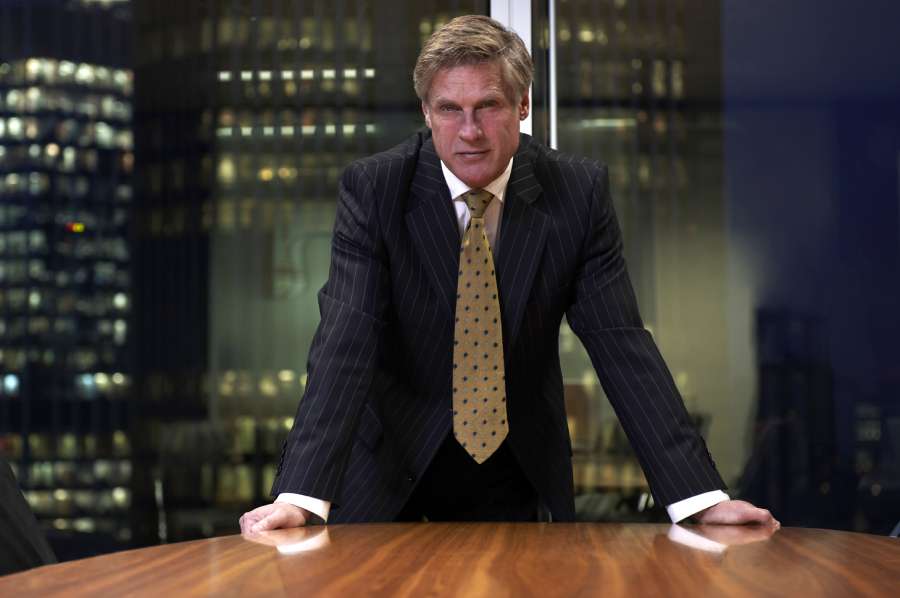 Negotiation power move: she tried …by Lucio Buffalmano9 hours ago