The Four Agreements is a spiritual book in which author Don Miguel Ruiz teaches to overcome societal indoctrination to reach true happiness and self-fulfillment.

About The Author: Miguel Ruiz is a Mexican expert and author of Toltec and neoshaminic texts.
Ruiz also wrote “The Mastery of Love“.

Here are the four agreements in short:

Ruiz says the outside world teaches us how to live.

And not necessarily in a good way.
We are told what’s acceptable, what’s not acceptable and.. We are taught to judge.

The author says society teaches us all the rules with operant conditioning. You will get a punishment when you will be bad and flaunt the rules and you will get a reward a when you obey.
Good boy.

The reward is subtly pernicious because it teaches us to act for the reward itself instead than finding pleasure in the action.
The fear of punishment instead becomes the fear of not being good enough (check Daring Greatly for the “not enough culture”).

And with both punishment and rewards, we learn to wear a mask to please others. 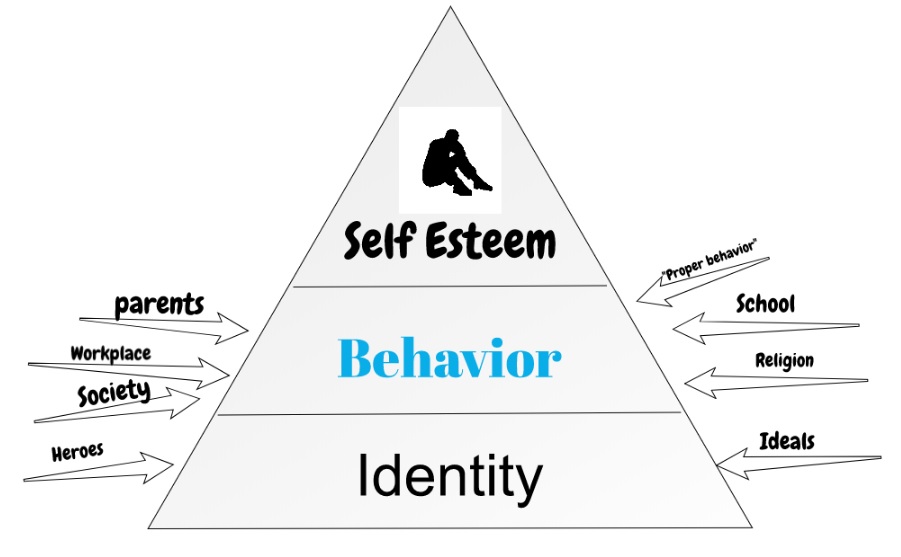 The author says our biggest fear is not death, it’s being alive in the most powerful sense of the word: being and showing our real selves.

Our biggest fear is not dying, it’s being ourselves

Ruiz says that to find the personal joy you have to break all those society-imposed, fear-based agreements which are currently tying you down.
And he proposes four agreements that will help you do just that:

#1. Be Impeccable With Your Word

Ruiz says your word is the power coming directly from God.

Impeccable derives from Latin and means “without sin”.
Impeccable with your word means you don’t use your words to speak ill of yourself or others.

It’s important that it goes both ways: both outwardly and inwardly.
You must stop entertaining negative thoughts about yourself –Albert Ellis recommends you screen out negative thoughts-.
And you must equally stop spreading bad gossip about others.

And it also ranges from the small things to the big ones.
The author makes the example of a “black magic box”. When we say something negative to a kid, for example, that she’s terrible at singing, the kid will it with her for her whole life.

Albeit he doesn’t call it “karma”, the author basically describes karma when he says that, in life,  you get back what you put out.

#2. Do Not Take Anything Personally

During our domestication we learn to take everything personally, says Ruiz.

Everything is about “me, me, me”.
Instead, he proposes that we must learn to become less reactive and more detached.

Because what others say is not a reality, it’s a projection of who they are, says Ruiz.
And if it hurts you, it’s not them who hurt you, it’s you who has a wound.

Comments are a reflection of the commentator’s reality, not yours

#3. Do Not Make Assumptions

Ruiz says we make assumptions when we believe we know what others are thinking.

But we don’t and we only project our own beliefs onto others.
Unluckily we have a tendency to make assumptions on the negative side though.
We often jump to negative conclusions because we are afraid of a negative judgment, so it’s our way to “hit first” and shield our ego from the pain of rejection.

This often leads to useless arguments that needn’t need to happen in the first place -as Crucial Conversations also acknowledges-. Stop assuming you know and ask instead.

And even when you’re of different opinions, similar to Dale Carnegie, the author also recommends you avoid arguing to be right and respect other people’s point of view instead.

This is my very favorite agreement and a mantra of mine.

Ruiz says doing your best, regardless of quality, is the only thing you must ask of yourself.

You only ask of yourself to do your best given the conditions of the environment and of yourself.
That means that, in some conditions, your best might very poor. Or very poor even compared to your previous actions.
And that’s great because you don’t demand success or perfection.

But don’t forget, the fact that you don’t depend on the outcome doesn’t mean you do nothing.
Action is the main differentiator, says Ruiz. Stick to doing your best and your personal improvement and transformation will become an obvious consequence.

The Fourth Agreement allows you to practice and make all the other agreements become a habit.
Whenever you fail to implement an agreement, don’t sweat it. It’s OK. Start again. And then again. Until it becomes ingrained in who you are.

Enjoy the path and the destination will take care of itself

Ruiz says that to break old agreements holding us back we have a few options:

The example for the latter is the whose parents told her she was a very bad singer. She would then tell herself: “fine. I will sing anyway”.

The warrior knows that he’s at war with his mind.

Ruiz says the spiritual warrior is the one who controls his emotions, instead of the other way around as for most people.

My note:
Don’t think that controlling your mind and emotions will be easy and quick like reading a book.
Changing disposition is a continuous effort. Nassim Taleb, for example, says he spent his life fighting a mind war against his rational side and his emotional self.

The Angels of Death: Accept Mortality to Enjoy Life

The author says death teaches us how to live.

Imagine you had one week to live. Wouldn’t you want to live life the way you wanted it? No more you would live to appease others, afraid of what they might think.

That’s how the Angels of Death can show you how to live life your own way.
They come to you and tell you that everything you have is not really yours. It’s theirs. And they can take it at any time.
You can use it for now, though, so enjoy it without getting attached.

You Create Your Heaven on Earth

The author finally invites you to forget everything you have previously learned in your life.
This is your new beginning, your new dream.
From now on, you create your own reality.

The author paints a beautiful life for you.
Imagine a life:

You should balance this with a thirst for truth.

Don’t hide from reality because of hurt or because you fear judgment. Love reality even when it hurts, says Dalio.
But feel free to pick and believe in whatever moves you towards your goal and toward the person you want to become.

The author refers to the parts of our mind clinging to our past as “parasites”.
When clinging to our past means pain and regret, then he’s very right. Regret was a major one for me -and still working on it-.
If it’s the same for you, I invite you to read The Paradox of Choice which will give you the theoretical foundation to move beyond it.

Be aware of how society and other people are conditioning your life.

Don’t let that conditioning become too big.
We want to hear your real voice and real opinion. I particularly like a Tim Grover’s quote, when he says “to get what you really want, you must first be who you really are”.

This is the biggest one for me.

It removes the pressure while still focusing on the process and maximizing the chances of results.

Ruiz says the key to healing our wounds is forgiveness.

When we can see the person who hurt us without having any emotional reaction then you know you successfully healed.

While “do your best” and “don’t take anything personally” are extremely powerful, I feel that “Don’t Make Assumptions” is meaningless.

In “be impeccable with your word” the author recommends both being true to yourself and not saying anything mean.

But the two can be antithetic.

Sometimes being frank and honest -being yourself- can mean saying something bad about someone.

The author blames “society’s indoctrination” on quite a few issues.

I disagree and I strongly doubt it’s all because culture as Ruiz implies (also read “The Blank Slate“).

I’ll be frank as it’s my usual style and I will not mince words.

I believe this “Toltec wisdom” thing is woo-woo marketing concocted to sell.

It leverages the human’s tendency to associate “ancient wisdom” with “mystical” and “eternal truth”.
Basically, so-called “non-religious” people seek their religious fix in “ancient wisdom” instead of using God’s church.

That being said, the actual message, no matter whether it comes from the Aztec or from the author, is not BS in itself.
As a matter of fact, some of the content is both solid and deep.

And before you go run looking for The Four Agreements PDF, consider the audiobook instead. Here is a preview for the whole first rule:

I read The Four Agreements that I have already started my Social Mastery Guide.
It was with great amazement and joy that I could find in this book several themes that are central to my mindset’s part (such as leveraging mortality to live fully and ditching outside interferences).

I enjoyed Ruiz’ work because of both its practical applicability and its theoretical foundation. Last but not least, the audiobook reads with such a mellow and transcendental voice it really helps you put yourself in a dreamy/magical mood.

All in all, The Four Agreement is a good book, definitely recommended.

Read more books summaries or Get it on Amazon.