How does the body language of an alpha looks like?

If you have that question in mind, this article is for you.

This post will show you exactly how the dominant body language of an alpha male looks like.

Dominant individuals take up space while submissive ones make themselves smaller.

Here are some key traits of how an alpha male takes up space:

Some conclusions of that study have been called into question by later researches but, overall, there still seems to be a solid backdrop of truth.

Overall, women should avoid spreading out unless they’re doing it consciously and with a specific goal in mind.

Women who spread out too much tend to be branded as less feminine and, overall, lower quality women.

A woman who “closes up” in new environments or in environments with many men, on the other hand, is seen as more defensive. You might want to avoid it at work, where you want to keep a neutral stance.
But outside of the office, that’s not necessarily bad.

In the Madonna-Whore dichotomy, a closed body language makes her seem more Madonna-like and more relationship-worthy by men, and it also evokes feelings of protection.

Legs can be an exception here if you’re doing it consciously and in specific situations.
Sitting with your legs open can send a powerful, primal invitation.
Some men will be attracted in a kind of “gonna ravish her like there is no tomorrow” kind of way.
More experienced men or men who are more looking to settle down might still brand it as “attention-seeking whoring” though and be turned off. So use with caution.

There are no exceptions for arms: avoid spreading out your arms on the bar or on the back of a couch.

Several studies have shown that people who touch others while speaking are perceived as more dominant.

Touching others means indeed you are comfortable and not afraid of entering other people’s personal space.

Of course, as Allan Pease explains in The Definitive Book of Body Language, keep in mind this is also cultural and situational.
For example, one experiment found out that in Rome people touch each other hundreds of times while people barely touched each other at all in UK.
So don’t go touching people like crazy if your culture or the situation is a no-touch one. Otherwise, you’ll look idiotic instead of alpha. On the other hand, when you’re outside partying and socializing with drinks flowing, then most “no touching” cultures also loosen up. And there you can ramp up your touching.

Exception:
Not touching someone at all can also make you look more distant and “superior”.
If you are already obviously on top or obviously more powerful, then touching others less is the way to go to look even more powerful.
Also read:

Women’s touch towards men is interpreted as a strong indicator of sexual interest.

Women can use touch for seduction purposes.
Especially fleeting touches below the waistline, for example on the side of the leg, can be supremely arousing for men.
Outside of seduction purposes, women should avoid touching strangers too much or they would come across as masculine and overbearing.

Alpha males tend to move less to accommodate others while expecting others to move for them.

Who moves for whom also shows the dominance patterns among people.
For example

This is not only true for assigning tasks and having people bring you stuff, but also for how bodies move during normal socialization.
Among primates, the lower status males move to give space to the alpha male.
Here is a good example of an actual alpha male:

It’s really not that different in humans.

I encourage you to become more aware of these body movements. I’m not suggesting you become a statue, quite the opposite.
But if you notice you are moving too much for others, start standing your ground more.

The direction of breaking eye contact is also an important indicator of social power:

This has also implications in dating and seduction settings.
A woman breaking eye contact with a man looking down and then back up again is a strong indicator that she likes him.
Check this video for an example.

In this article you can learn more about how eye contact impacts early seduction:

The person who looks comfortable and at ease communicates he is on top of the situation and has nothing to fear.

The person who looks most nervous and on edge instead is communicating fear and discomfort.

And that’s one of the reasons why the slow and calm style of dominance tends to be more powerful.
Also read:

While the high-energy guys could more easily hide fear and discomfort, the slow-moving person is obviously relaxed.
The slow and flowing movements of the more grounded individuals also tend to make the people around feel safer and more comfortable.

Locking in means that when you’re talking to someone, you take the most comfortable position.

Locking in is an old rule of pick-up artists (also read: The Game & The Mystery Method).
And albeit I’m not always too impressed by the manosphere’s understanding of social dynamics, this one is true and very effective.

When we open up, we either communicate we are so powerful that we can “allow” ourselves to be open (or, alternatively, that we accept and want to create rapport with the people around).
Closed body language is:

Dangers of Bad Posture
the “temporary VS permanent” is an important distinction.
People who go about their lives too submissive for too long can end up with permanently closed body language and terrible posture.
In Power University, I have a video with my own experience fixing body language and picking the very exercises for you.

Another big cluster in body language is “signs of comfort” VS “signs of discomfort” -the latter also called “displacement signals” in the literature-.

Displacement signals are signs such as:

The rule of thumb is that good posture commands more respect and authority and projects more confidence and power.

Alpha male body language does not always and necessarily include good posture, but high-quality men who want to command respect and attention must make good posture a priority.

Some of the most common mistakes I see are:

But watch out for the common pitfall of “fixing” body language: going way too back with the spine (swayback posture) or pulling up the chest way too much and looking like a Popeye’s caricature.
Again I must refer to Power University for a crash course on what worked for me or do your own research on this.

When in doubt, I recommend taking the most comfortable position because the perfect posture can make you look try-hard.

Justin Bieber was going for perfectly straight posture during his roast and it often looked like he was trying too hard. It made him stick out, and not necessarily in a good way, more like a sore thumb:

There is some debate on whether a powerful and dominant walk is quick or slow.

Allan Pease says that a brisk safe is an indicator of good health.

My opinion is that slow is more powerful than quick as long as you’ve already “made it”.

If you’re still working hard and adopt the slow walk and slow moves, then you risk of looking lazy and “just slow” instead of “powerfully slow”.

A male walk will spread its legs and show a shoulder swag, while a female powerful walk will take long strides, feet parallel and one in front of each almost on the same line.

Albeit I personally walk with mostly parallel feet, men are allowed to “open up” their feet.
But it’s better to walk with open feet “always open” rather than opening up after you raise your foot.

You have no idea what I’m talking about? Here is one example of opening up.
And this is an example of walking with “always open” feet, which is also a great example of overall dominant stride:

Note:
Notice is bad posture, and that’s why I said earlier that perfect must is not a must of the alpha male body language.

Women should avoid opening up their feet as in the example linked above.
If it’s not possible because of bones’ structure, that’s OK, the goal is to work on what you can change and a bit of open feet can be primordially attractive similarly to sitting with open legs.

Finally some women, especially Asian women, sometimes “shuffle” their feet while walking, rubbing the sole of their feet on the ground (one example here).
Avoid it: it’s childish and rarely in a positive way.

A big sign of alpha male body language indeed is that of nodding up.

McGregor nods up, but he comes across as a bit too confrontational and juvenile when he does it.
Dominant yes, but a bit socially “rough”.

Here is an equally powerful but more polished way of doing it from Brad Pitt:

Alpha males are not always the center of attention but the more powerful people in the room usually are.

This goes partly back to the fundamental of “needing”. Having people around you communicates they need you and want you.
They want to talk to you, be around you, get your opinion, your approval, fuck you or be seen with you.

Notice how Trump, a man madly focused on always being the most powerful and dominant man in the room leverages this principle at the end of the presidential debate.

Hillary bolts off the stage like a schoolkid, while he stays grounded and lets everyone else come to him. Who looks presidential? I’m pretty confident that was rehearsed and done on purpose, and it was a great move.

There is some overlap and some “good for both genders” body language here.

Good posture is a must for both genders.
And locking in will make women look more powerful just like it does for men.

As we have mentioned before, “gender-neutral” places like the workplace will see men and women converge.
Women who want to look powerful can mimic the power body language of men.

However, that comes at the (high) cost of losing likability, femininity and, potentially, long term power.

People indeed don’t usually like to be around -and be influenced- by people who operate outside of their genders.
And as Sheryl Sandberg notices in Lean In, women acting more like men lose points both with women and men.

This is an excerpt from Power University, where you can find more about power, dominance, and life strategies 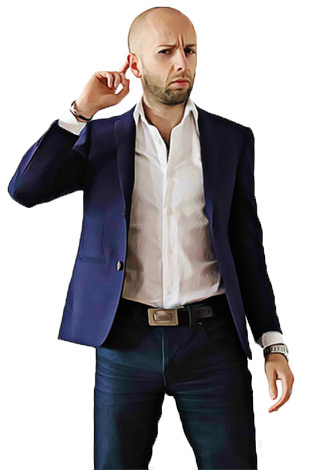 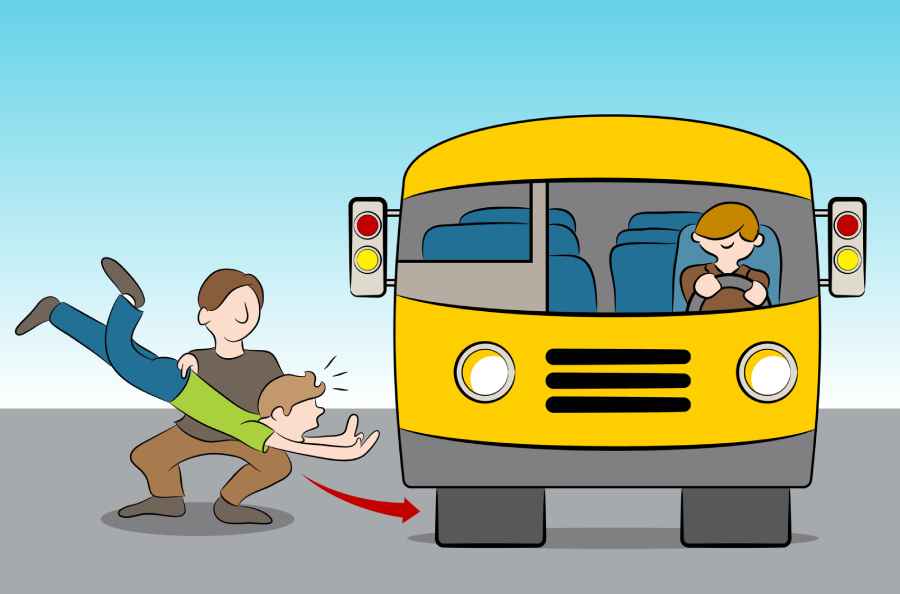