Alpha male posturing is the ensemble of behaviors that seeks to show off how “alpha” one is.
It includes exaggerated self-promotion, bragging, social climbing, status inflating behavior, and of course attacking others to feel better by comparison.

This article will show you why people do it, how it works psychologically and socially and, finally, it will give you a few pointers on moving past that value-taking mindset.

Here is a definition of alpha male posturing:

Alpha male posturing includes all the behaviors and attitudes that seek to inflate one’s own social status and self-esteem by creating an outgroup of “inferior” people to be attacked and ridiculed.

In Red Pill circles, the groups to be ridiculed and framed as “inferior” group goes by the names of “cuck”, “beta” et similar.
But most groups that develop an edge of toxicity always develop new epithets for the inferior groups.

The key in this definition is “inflating one’s own value”.
Because, at the core, alpha male posturing is nothing but an example of social climbing: it’s about pushing people down so that I can pull myself up.

You have probably heard about this maxim:

And if you’ve taken a walk on the red side of the underworld, you’ve probably come across terms such as “cuck”, “beta” or “beta bucks”.

As a matter of fact, you can barely get by a single post or article without being peppered with those labels.

All these terms sound rather mean and, for their purpose, they have to be.
They have to be to serve the purpose of group-cohesion and psychological self-protection (ie.: they are so bad that and so different that I could never be one of them)

I didn’t need to dig much to find an example of alpha male posturing.

On the very first page of The Red Pill on Reddit I found the perfect example (original post here):

The poster is describing how an ex FWB he was seeing -a “plate” as per Rollo Tomassi plate theory-, met another man and soon got married.

The message implies that the poster does not know the new guy, yet looks how much inferring he does:

Now, what is this poster actually doing and communicating?

What this poster is doing is this: he picks a random guy whom he doesn’t even know and points finger so that he can look good by comparison.
What’s not written but implied in this communication is this:

The game is this: make someone else look shit so that I can look good by comparison.
As we will soon see, this is an inherently weak game.

People posture for both social status and ego-massaging.

When we criticize others we also feel superior.
We get to be in the power position of judges, we get an ego boost from others nodding their head at us and we shore up our flailing self-esteem.

Here is the interesting phenomenon now: the original poster or commentator gets the biggest boost in terms of social status, but the whole community as well gets a boost in self esteem and a smaller social status boost by jumping on the bandwagon.
Here is how:

And everyone gets an equal boost in self-esteem by feeling superior the “cucks” out there.
Win-win… Or so it feels.

It’s often a cyclical ego-propping anyway. Today you post and I prop your ego by agreeing with you, tomorrow I post and you prop mine.

So you get a whole army of people all moving in circle and following in each others’ footsteps, building up each other’s self-esteem while they all point to the cucks in the middle of merry-go-round circus.

In a way, it’s a big online circus of emotional self-help.
Let’s all point out to an enemy out there and then let’s all feel better by making fun of him and up-voting each other.

The Bigger The Cuck, The Better I Feel

Here is another off-shoot phenomenon of posturing.

The worst and more ridiculous you can make your opponent appear, the better you feel.
Which is one of the reasons why these communities are no actually good for learning. The issues they discuss are designed to make them feel good, not to really examine, learn and improve.
This technique is similar to the strawman fallacy, where the attacker exaggerates the negative traits of the opponent so to score an easier win –a strawman example used by Tucker Carlson–

Notice that this example is so far out there you wonder if he is describing something he saw or if he’s making it up as an extreme example.
Now of course, it might even be real, sure there are dysfunctional relationships with similar dynamics where the man accepts that kind of abuse.
Yet they are rare, and they are not the norm.
But by making it seem like the norm, the people in that community get to feel even more special.

And of course, with that black and white thinking they don’t get to learn social dynamics and dating all that well.

Social climbing is nothing new.
It happens in most social groups, and at all levels of abstraction.

Basically it works like this: if we can find a group of people who’s inferior to us, we can then feel great by comparison.
And if we can’t find one, let’s make one up!

And that’s the addictive part that tribes offer to their members: the ego boost and self-esteem massaging of “tribe superiority”.

This is a well known phenomenon in sociology and dictators of all times have used it to shore up political support, remove people’s attention from more important issues or carry out ugly personal vendettas against this or that social group.

Prosecutions, progroms and lynchings are extreme examples that leverage similar dynamics of social climbing and posturing.
The jews had big noses, they were money-grabbing sharks, they killed Jesus.. They were no like us, God fearing, value-driven good guys (sure thing).

I was looking for a video example on alpha male posturing, and then realized that this guy basically made a video charicature of one of the core messages of this post:

Why Alpha Posturing is Weak

Posturing is weak.
And albeit “insecure” is often abused these days to criticize anyone we don’t like, posturing does often communicate insecurity.

One research for example shows that when men speak loudly, women rated them as more aggressive.
But, crucially, also insecure.
And that’s not attractive.

If we go back to the original definition of alpha male posturing:

Alpha male posturing seeks to inflate one’s own social status and self-esteem by creating an outgroup (..).
When you need external props and when you need to expand so much effort to pump your own ego and self-esteem, you are also inherently communicating that you need that self-esteem boost because you don’t have enough.
And that’s the definition of insecurity.

When Criticizing Others is OK

There are a few exceptions when criticizing can be used strategically to bond and connect with people.

I talk about such an exception in my article on making women compliment you. In a nutshell, when you strategically criticize someone far away in a way that you make you and a girl both feel superior, then you are indirectly complimenting her and creating an “us” frame which can help seduction.

In that case, and in a few other rare exceptions, fare game.

Moving past alpha male posturing means growing as men and persons.
It means reaching a point where our self-esteem is internally-generated and doesn’t need any nasty behavior for props.

Here are a few articles and resources to get you started:

This article showed you what (alpha male) posturing is, how it manifests and why it exists.
If you see posturing behavior in yourself, don’t worry, there is no shame: it’s a natural human tendency -men more than women-.

But natural doesn’t mean “good”.
And if you want to move forward in life and develop yourself -like really developing yourself-, then you gotta police your posturing tendencies for a while and eventually most past it.

And since you’re here, drop the need for social status as well: 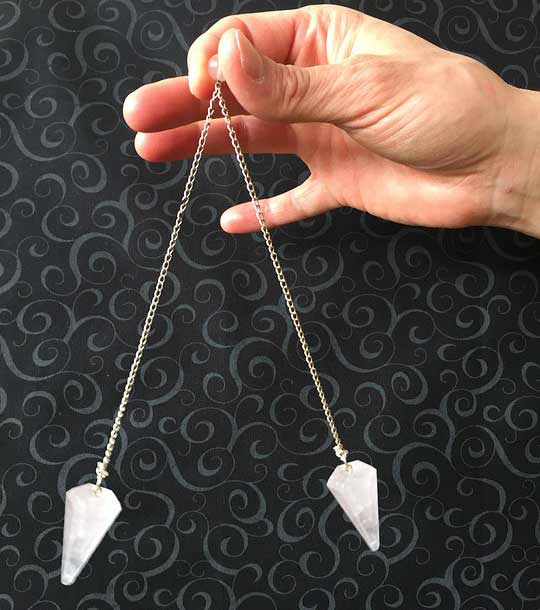 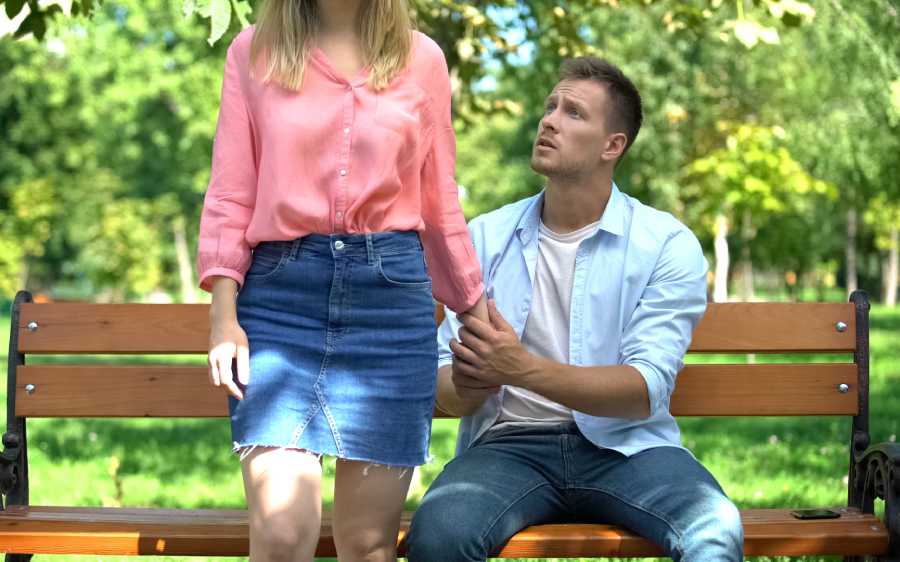 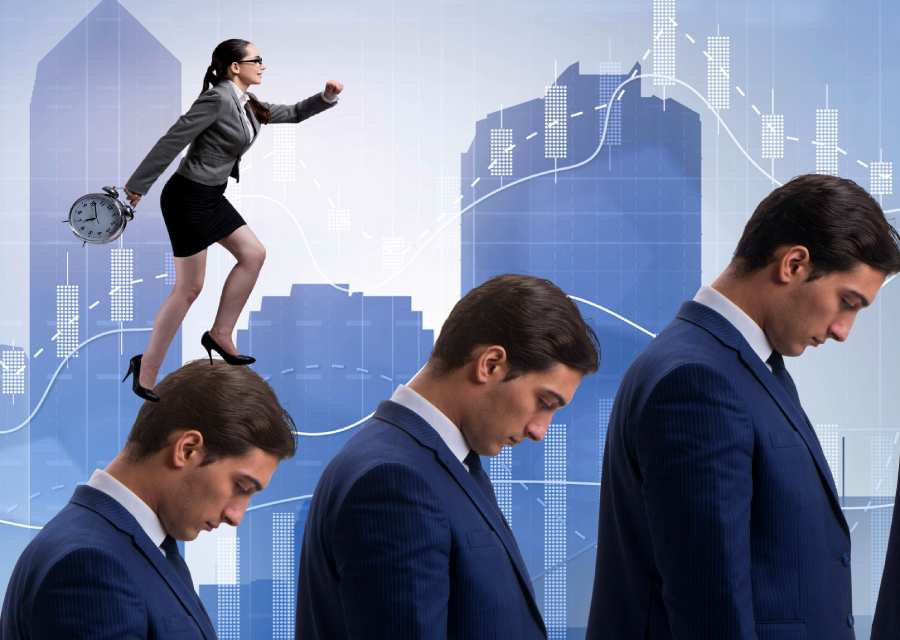