Have you ever been wondering how to deal with a dominant man?

You will learn how you can interact with a dominant man without ceding one centimeter of social power through a real-life case study.

If you are looking for generic signs of power, there is much on this website:

The Putin Style of Dominance

For this case study on handling dominant men, we will be using Vladimir Putin.

Putin is not the kind of “dominant man” who slaps you on the back.

He is the kind of dominant man who dominates by silent intimidation (in my archetypes of dominance system I call this “cold-blooded” or “icy”).

This case study focuses on his interaction with Barack Obama.

Overall, Putin was markedly more dominant than Obama in pretty much all their recorded interactions.

One of the reasons why Putin was more dominant is exactly why The Power Moves exists at all: Obama, like most people, was too friendly in the face of dominant behavior.

Let’s see what we can learn from Putin-Obama interactions to deal with dominant men:

You will notice in their very first meeting that Obama presents all the nonverbal signs of the person who is raptly listening.

He clenches his hands, visible leans forward and repeatedly nods his head.

Giving others your full and undivided attention builds their status. Which is great if they do the same, but which only makes you look submissive if they don’t.
And Putin, indeed, often looks away -when he’s speaking –dominant men can look away– and doesn’t show half the obsequious signs Obama shows.

With the quiet style of dominant men who speak little, you should also speak less.

Otherwise, it will look like you’re trying to win their sympathies with words.

A few crucial aspects of the social dynamics of this interaction:

When someone uses your language, he is communicating that your culture is dominant because he has learned your language (and you haven’t learned his).

Obama tries to speak to Putin in English, and Putin doesn’t reply. Obviously. A man like Putin who wants to stake a claim on the world and bring back Russia to superpower status will never accept that sign of cultural dominance.

It looks terrible for Obama because when you speak to someone and you don’t get a reply, you look powerless and the other party looks either defiant -imagine a kid with a parent- or superior -because he has the power to ignore you-.

Obama comes in and tries to tell Putin “where he would like to sit”. Putin barges in, and without saying a word curtly shows Obama where he should sit.
Obama looks very much dominated here because first he tried to lead, and then he gets told what to do, thus making it even more obvious who’s the man in charge.

Obama should have known Putin would never reply without a translator.

And especially so in front of cameras.
He should have avoided addressing Putin before sitting and looking like he was talking to the wind.

As a matter of fact, more silence would have made him look more powerful.

Dominant people often use more nonverbal communication than verbal, so a great way of avoiding to look like you’re being subservient is to speak less in general.
And this is especially true around people who have a quiet way of being dominant (like The Godfather)

Obama should have avoided telling Putin where to sit.

This is Putin’s place, there’s no way he will accept anyone telling him where to sit in his place. Obama unleashed on himself Putin’s aggressive reaction.

If Obama really felt the need to say something, he could have spoke to his staff about how beautiful that place was and bided his time until Putin invited him to sit somewhere, thus looking like he was the guest treated to a nice local breakfast.

In this clip Obama starts speaking even before he’s fully out of the car.

Dominant people usually take their time, and starting to speak too early can come across as if you’re overly eager to fill the awkward silences that make us uncomfortable.

Also, he is very far from a nice erect posture, which looks like he’s trying to make himself smaller in front of the most dominant person.

And finally, and most importantly, he begins a pat on the back but then stops.
It looks like he wanted to look more comfortable, but just couldn’t bring himself to touch Putin (a bit intimidated?).

This is your rule: if you want to touch and start making the move, then touch.

People have a tendency to fill silences with words.

And we do especially so when we’re nervous.
Thus, powerful people can look even more powerful and imposing when they speak little. Putin is one of them.

When you’re facing a man who speaks little like Putin then, you will look like you’re nervously crumbling under social pressure when you speak too soon and too much.
Chatterboxes are not dominant.

Obama should have taken his time to start speaking, or maybe even waited for Putin to speak first.

Obama should have touched Putin no matter what when he started that move.

And if he wasn’t comfortable touching, he should have kept a frostily-distant exterior demeanor similar to Putin’s.

Showing your full teeth is a submissive sign (Pease, 2016).

Avoid big grins in the presence of alpha-behaving men or you will look like their subordinates.

You will notice Obama points away from the two with his hand gesture.

Often people who are nervous or under pressure will talk about some random stuff in the environment just to shift the focus away from themselves.

Here Obama cracks a joke with the idea of getting a laugh from the press and from Putin himself.

But Putin instead barely laughs and uses the joke to frame Obama as the one “trying to relax him”.

When you say that someone is trying to relax you, you are communicating that you are party with power and the other one is trying to make you smile so that he can appease you.

Quite something if you consider there are little doubts as to which country is the real superpower between US and Russia.

Jokes are another way of making a friendly overture, and they signal that you’re putting in lots of effort to appease your speaking partner.

Tha can be great… As long as the other party accepts the overture and shows the same friendliness.

But the problem with controlling people, power-hungry men and people obsessed with power and dominance, is that they often use jokes to frame you as the weaker and more submissive party.

For example, they will avoid laughing and make you look like you’ve spent all that effort to win them over for nothing. Or they might outright say it was a bad joke -showing power over you- or outright say you’re trying to win them over -verbally implying you’re the subordinate party kissing up to them-.

If I had to summarize in one sentence what we can learn from the Putin-Obama interactions on how to effectively deal with dominant men, it would be this:

That’s the major reason why most people look dominated by the presence of dominant men: they keep sending friendly signals, and the dominant men just take them without giving back.

With that “give without receiving” dynamic you build up their status while they take your status away at any chance they get.

Dealing with dominant men instead is all about playing the game the same way they do and behaving like their peers. It can be taxing having to stay guarded all the time, but that’s the only way to avoid being slotted as the submissive party. 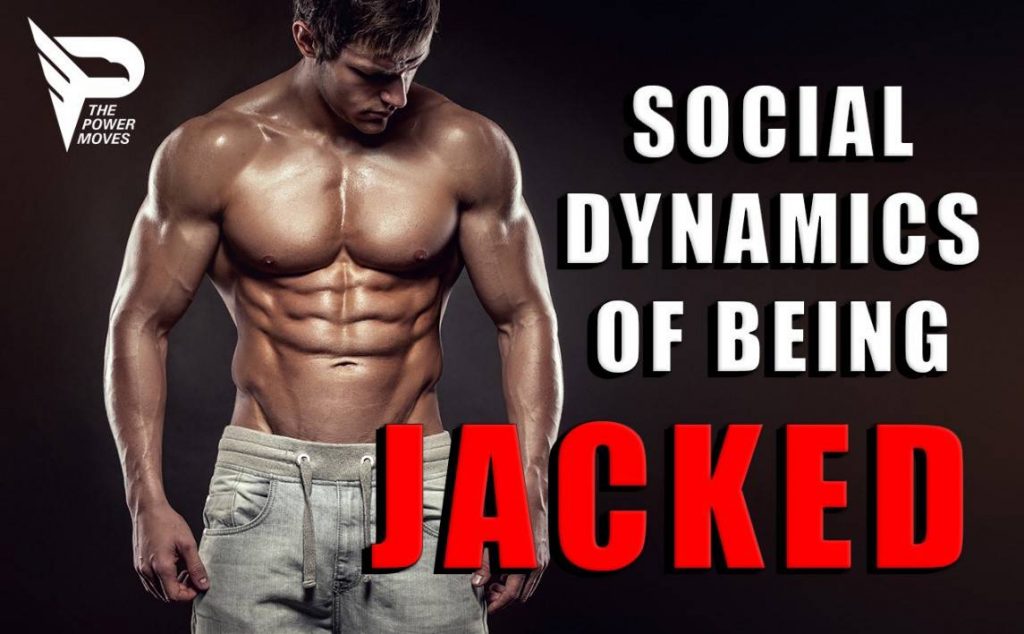 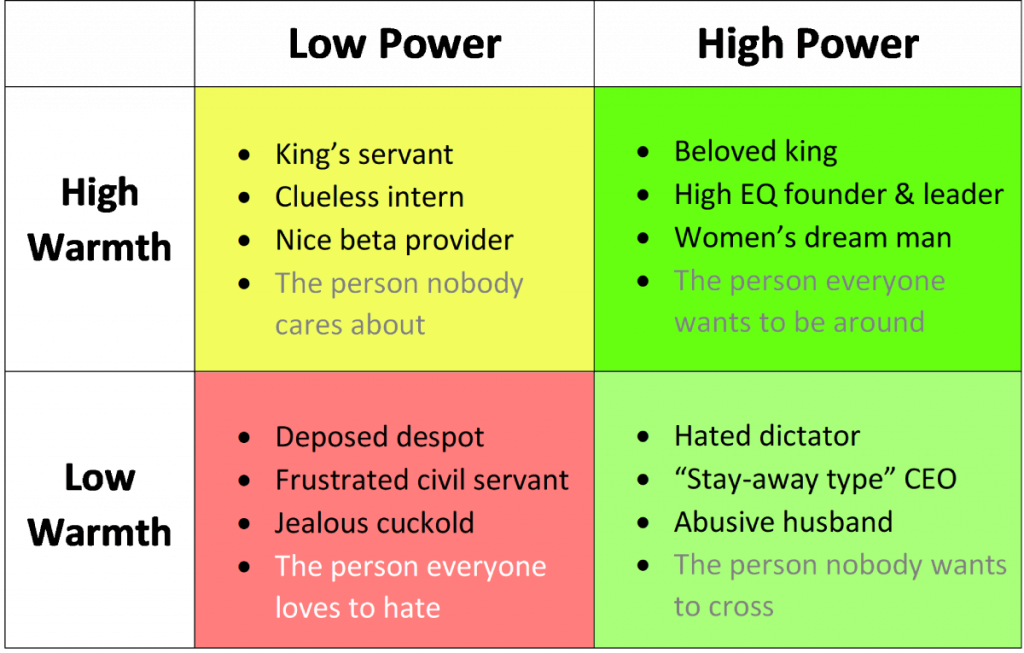 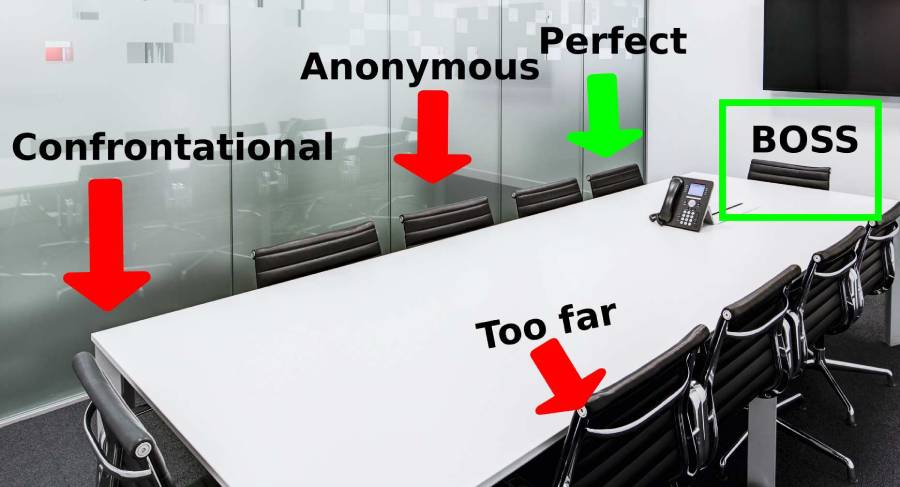 2 thoughts on “How to Deal With Dominant Men: Case Study (Putin)”

Amber Heard defense strategy: how …by Lucio Buffalmano2 hours ago

How old are you? Power moveby Ali Scarlett9 hours ago