Do good and evil overlap?

Do heroes and criminal psychopaths share the same personality traits?

More than one author and researcher speculated that’s the case.
But… Is it true?

This post will delve into the literature to provide clear answers to the above questions.

Are psychopaths and heroes twigs off the same branch?

The question is a provocative one, but it’s common a one.
It’s a common approach that relativizes evil, trying to blur the distinction between good and evil, and between good people and bad people.

But is it true?
Is there really little, if any difference between the two?
Or going even one step further: are criminals more likely to be heroes?

I had to dig deeper.

The idea that heroes and psychopaths share similar traits has been popularized by David Lykken.

In his book The Antisocial Personalities, Lykken writes:

I believe, in short, that the hero and the psychopath may be twigs on the same genetic branch

Is that true?
This article is my own personal quest searching for answers.

Psychopathy is a mental illness and the exact definition varies.
Wikipedia defines it as:

Despite the common public perception, not all psychopaths are crazy, out of control killers (the low functioning ones most often are).

The high functioning ones indeed can control their impulses even if they feel nothing for the people around. And they enter into relationship, hold jobs and can form families.

The high functioning psychopaths “wear a mask” to act like non-psychopaths and often have families and jobs.

Here is me asking a psychopath about her mask on Quora:

Me: Thank you!  I’m curious about when you wrote on “wearing a mask”. Do you mean to play the part and pretend to have feelings and empathy?
Psychopath Individual: Indeed. It is a persona constructed to blend in with everyone else.

However, no psychopath have a conscience and feels empathy and guilt.
Conscience and empathy are major checks on violence. A lack of either of them does make even high functioning psychopaths, generally, at least potentially more dangerous.

Dr Stephen McWilliams writes that psychopaths are around 1% of the US population and make up around 25% of the inmate population (statistics on the high end of the others I have read though.

Another source I had read times ago said that the percentage goes up when it comes to violent and repeated crimes (I will link it later if I find it again).

Psychopaths are predominantly male, and this paper says that “93% of adult male psychopaths in the United States are in prison, jail, parole, or probation.”

Psychopaths rarely change, and have extremely high rates of recidivism (ie.: they commit crimes over and over).

Is Psychopathy Nature or Nurture?

However the environment will impact if and how the genes are expressed.
Furthermore, sociopaty and psychopathy can look similar, and sociopathy is more influence by nurture.

Martha Stout in The Sociopath Next Next Door says that sociopathy is around 50% genetic. The other half is culture and parenting, albeit we really don’t know too much about either it as of now.
She says that especially culture has a large impact on how some people turn sociopaths. For example individualistic US culture has around 4% sociopaths compared with 0.2% in Taiwan. There are fewer sociopaths in the East because, supposedly, the culture stresses more about the collective social group than the individual.

Overall, albeit there is no consensus so far, it seems that sociopathy is much more nurture and culture as compared to psychopathy.
A 2018 paper indeed shows that positive parenting does not reduce the incidence of antisocial behavior in psychopaths.

It doesn’t seem correct then to imply that parents can make the difference between a hero and a (dangerous) psychopath.

A hero is an individual who goes out of his way to help others.
That might entail a disregard of his own personal safety or own personal gains.

It’s this idea of not caring about consequences, which seems to be shared by low functioning psychopaths and heroes, that has led some to speculate the two may be similar.

That might include psychopaths.
The lack of conscience that characterizes psychopaths often removes one inhibitor to evil, but not all psychopaths are evil.

And not all evil individuals are psychopaths.

In recent years there have been a few papers criticizing the link between psychopathy, violence, and recidivism. But they bring little data and they run against a much larger body of evidence that does link psychopathy to a much higher incidence of violent behavior (Scott McGreal).

When Good and Evil Intersect

It does seem that the positive heroes have a set of personality traits that make them more likely to get in trouble and cross into the “bad side of the river” a bit more often.

According to Andrea Kuszewski, behavioral therapist writing for Scientific American, people who are more likely to engage in acts of heroism are also more like to be:

As you can see heroes are not likely to be good, quiet and peaceful the way a Dalai Lama or Gandhi would be (albeit Gandhi was allegedly abusive with is wife).

But a bit more similar to a character such as Indiana Jones or Han Solo.

Heroes and psychopaths do have some traits in common, including:

Much of the overlap indeed seems to be in the “ability to take bold and uncommon actions”, including putting themselves in danger of facing long-term consequences. 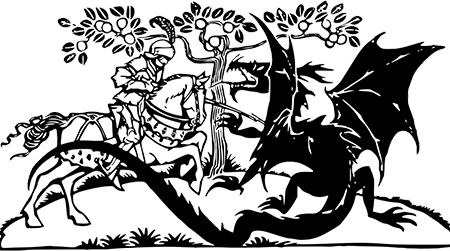 Here is some academic evidence to help us make sense of this topic:

#1: Psychopaths and Heroes From Same Branch

A research paper called “Are psychopaths and heroes twigs off the same branch?” says:

The results of the paper were inconsistent, but overall traits related to fearlessness, fearless dominance and boldness and had modest positive correlations with heroic actions.
But Miller & Lynam (2012) found that the trait of fearless dominance measured by Smith et al. is only weakly related to antisocial behavior.

A recent research paper shows that there is a strong correlation between antisocial behavior and sensation seeking.

Sensation seeking is the tendency to engage in risky practices such as unsafe sex, excessive drinking, drug abuse and reckless driving.
And there is some evidence -but far from final- that sensation seeking might also be linked to pro-social behavior and heroism.

For example, Israeli war veterans decorated for bravery were higher in sensation-seeking than non-decorated veterans.
However, I personally would be very wary of considering war decorations as a sign of pro-social behavior.

Scott McGreal says that people who score high in sensation seeking see risks not only as exciting opportunities, but also as challenges that they can cope with.

Naturally, that can lead to an increase in both anti-social and pro-social behavior.

The paper Psychopath & Heroism In First Responders investigates the relation between psychopathic traits and heroic behavior in emergency workers VS a control population.

The results are very telling.

There was a small positive correlation between antisocial personality disorder and heroism (similar to the first paper that found that a history of antisocial behavior has a small correlation with heroism).

But among the supposedly psychopathic traits, only boldness and fearlessness were positively related to heroism (and only in the community sample, not in the first responders).

Within the first respondent population, meanness and disinhibition were negatively correlated to heroism and other altruistic behavior.

Albeit the research is not very deep, it seems that the overlap between heroism and some psychopathic traits is limited.
The fact that one of those traits is fearlessness says very little because, by their very nature, most heroic acts require some fearlessness.

Differences: Psychopaths Are Not Heroes

Albeit there are some commonalities, the differences possibly loom even bigger.

Lykken claims that the empathy -the capacity to empathize with other’s pains and feelings- is the main feature that differentiates psychopaths from heroes.

However, there is more.

Psychopaths have the following traits that differentiate them from heroes:

All these traits are important, but the last two of selfishness and antagonism are the most important ones.

Psychopaths -and sociopaths- are driven by personal gain and personal wins against others.

That does not make psychopaths positive heroes and, well, it’s exactly what makes them anti-social.

And when it comes to selfishness and risking their lives to help others, I asked a psychopath on Quora (don’t you just love the infinite possibilities of the digital age!!).
This was the back and forth:

Me: Oh, and one more question, there are some theories around about the similarities between psychopaths and heroes, such as psychopaths being more likely to put themselves in danger to help someone.
Do you agree with that?
Anonymous Psychopath: Certainly not, we’re very selfish.

That was exactly the answer I expected. And it put the theory of psychopaths as good heroes to rest.

I personally believe that a lot of confusion stems from Hollywood, media and popular cultural misrepresentations.

Take Batman for example, who is often represented as a bad man fighting for good (a sociopath fighting for a good cause, many say).

The truth is that people without empathy and conscience will rarely fight for good.
Most people fighting for good are good people.

Or take the portray of Hannibal Lector, the super smart psychopath.
Well, not all psychopaths are inveterate criminals.
And many serial killers and many of the most dangerous and violent psychopaths aren’t any smarter than the average, either.

Conclusions: Evils & Heroes Not The Same

In summary, there is some overlap between good and bad.

Good people can commit bad acts, and evil people can do something good.
Of course, we knew that.

It’s also not to be excluded that some more evil and generally value-taking individuals will commit heroic acts in service of others.
However, that link is mostly tied to personality traits that make the risks of personal injuries less scary to certain individuals, and those individuals might happen to be generally violent or antisocial.

It makes indeed sense that fearful, timid individuals will not take any major risks in either the positive or negative side.

However, the overlap pretty much ends there.
Most people who are considered heroes are not mean, cold or selfish.

Don’t fall for excessive relativism. And don’t naively expect a psychopath to help you out when in danger.
Albeit there are plenty of non dangerous psychopaths, a psychopath is still more likely to be a menace to people and society than an unexpected hero.

For a sobering wake-up call and what the psychopath’s selfishness and amorality can lead to, please take a look here:

One of the goals of this website is to help fundamentally value-adding people to become more bad.

Not to become more bad so that they can take advantage of others, but so they can stand up to evil and abuse.

I believe indeed that the world needs fundamentally good people who know how to be bad. Otherwise, the lever of power will always go the most unscrupulous, unethical and immoral of the individuals among us.

And we should not be afraid to divide between good and evil, and take a stand for good. 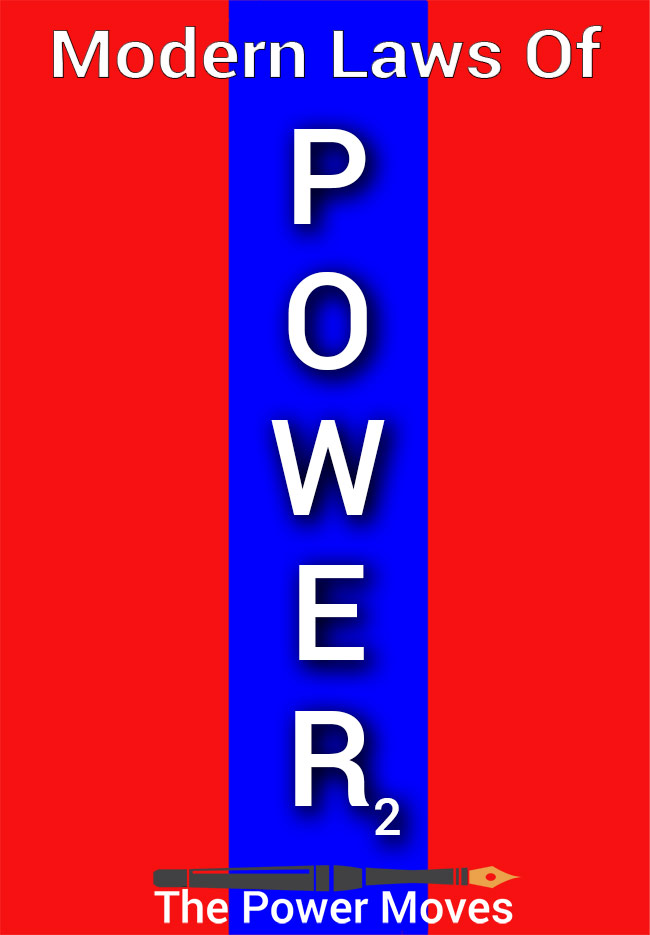 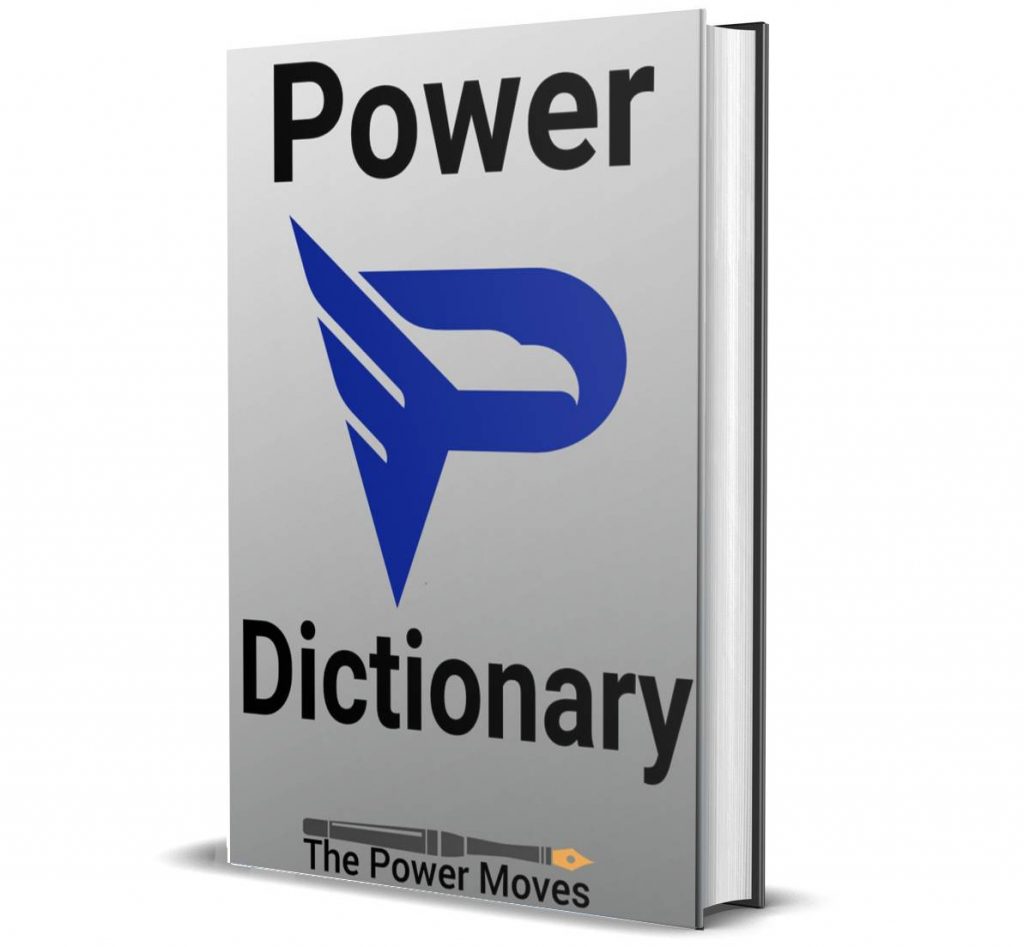