Snakes in Suits (2006) examines the type of high-functioning psychopath that is not necessarily violent and who instead of a jumpsuit dons a suit to make it to the top of their organizations.
Psychopathy experts Hare and Babiak analyze the damage these career-psychopaths cause to companies and employers and offer some (limited) advice to employees and HR departments.

About the Author: Robert Hare is a Canadian psychologist and researcher, and recognized as one of the most renowned names in psychopathy research. Hare has drawn some criticism over the years, and he is also the author of “Without Conscience“.

Psychopaths Can Climb The Corporate Hierarchy

The big question is:

Can psychopaths climb the corporate ladder?

The typical answer was that it’s unlikely because they lack the ability to work in a group, and the staying power and the work ethics that fuel a corporate climb to the top.

This is the same theory that Martha Stout espouses in The Sociopath Next Door.

However, says Hare, their research proves the opposite.
There are four reasons, the authors say:

Snakes in Suits makes the point that psychopaths can sneak into corporate structures and potentially remain undetected for a long time.
During that time, they can acquire lots of power and create much harm. This is a point of view with which Dutton, author of “The Wisdom of Psychopaths” also agrees with.

For more on the research, read:

The authors say that psychopaths won’t seek employment in smaller and tightly controlled firms such as a family bakery and they won’t like rigid and highly structured bureaucracies.
They are rule breakers and wouldn’t function well in them.

They don’t usually work on jobs that require routines and structures. They don’t have work ethics and don’t believe in an honest day job for honest pay.
It’s difficult to picture a psychopath working 5 or 6 years in a routine nine to five hoping to become a manager.

This is not to say they never work in routine or dead-end jobs, but it’s very likely their performance will be poor, self-serving, unreliable and possibly entered with made up qualifications.

Both male and female psychopaths commit more crimes and their crimes tend to be more violent than those of other criminals.

Psychopaths make about 15% of the prison population. And many of the remaining 85% can be described as sociopaths or having antisocial personality disorder, similar but often confused for psychopathy.

Some people with APD are psychopaths, but many are not. APD is much more common than psychopathy (2 or 3 times more common).

Lack of empathy, grandiosity and shallow emotions are not necessarily diagnosed for APD.

Aggressive and malignant narcissists, such as narcissists with antisocial behavior, are also difficult to differentiate from psychopaths.

Just having a psychopathic personality disorder doesn’t automatically make someone a criminal.

Some lead seemingly normal lives without making waves with obvious crimes.
But they still cause emotional, economical and psychological pain.

For Psychopaths, Other People Exist Only for Them

Psychopaths have a huge sense of superiority and sense of entitlement. They think nothing of taking property that belongs to others.
They believe other people exist only for their own pleasure and well being.

And since they see most people as inferior, weak or too easy to deceive, many psychopaths believe that their victims deserved what they got.
In some extreme cases, they will say that they are doing a favor to the victim by allowing the victim to support them.

The people around are only valuable until they can provide something.
Once they are no more useful, the psychopath will discard them at once.

Psychopaths’ Have Little or No Emotions

Psychopaths’ emotions are poorly developed and weak at best. But they do understand that others have something called “emotions”.

Some psychopaths will take the time to learn emotions to better manipulate their victims.
But they do at a superficial level and good observers can sometimes tell the difference.

Psychopathy is Both Nature and Nurture?

But a better question would be how much either nature or nurture account for.
Genetics seem to account for at least 50%.
The environment will have a tough time overcoming what nature has provided, say the authors.

The 5 Phases of Psychopath’s Ladder Climbing

Snakes in Suits present five phases a psychopath’s climb on the corporate ladder:

Of course, all employees try to understand the power structure and take advantage of it.
But the psychopaths do it with the aim of little intent to provide anything. And they have no loyalty to the company or teams.

Many psychopaths seem to be very good at understanding and leveraging human psychology.
The authors say it’s not sure if it’s an innate talent or if they simply work harder at it.

Their biggest challenges are individuals with strong personality traits such as dominance, assertiveness and narcissism.

These guys, narcissists especially, are the least likely to seek assistance and guidance and they are most surprised to find themselves conned.

Even the most well-behaved psychopath won’t be able to form good teams. They can’t collaborate with others, and especially with those whom they see as adversaries.

The authors say that the same is true for Machiavellian and narcissists.

Some psychopaths are very good socially, at least at first blush.

Often the skills are more superficial than real.
They talk confidently, they are not afraid of self-promoting, and they go straight to the people with power, seeking support.
Since they don’t feel social pressure, they are freer than most other people, so they can jump in at any time.
And they rely on the fact that a confident delivery will often obfuscate the actual message.

And since they don’t have feelings and boundaries, they can easily switch persona to fit the situation.

But Not All Psychopaths Are Smooth

However, not all are smooth operators.
The non-smooth rely on bullying, coercion, abuse and humiliation (also read: meatheads in “The 7 Archetypes of Dominance“).

“Snakes in Suits” is not about these guys, but keep in mind that if the smooth approach fails, the smooth psychopath can resort to bullying, threatening and aggressive tactics.

Spotting a Psychopath at Work

If you’re not a psychopath and want to have a good career, you must get ready with some effective work strategies. 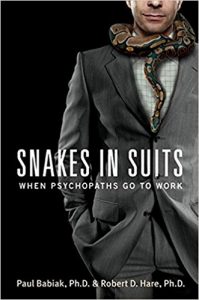 Watch Out for Superficial Charm
Watch out for the people around you who are charming and flattering.

Take Notes of People Who Push Your Buttons
Pay particular attention to people who are able to push your buttons. The first time you should see it as a blessing so you can work on your own self-awareness.

The author seems to imply that even psychopaths that live a seemingly normal life cause emotional and psychological pain with their behavior.

But how can he be sure? Hare has mostly studied criminal psychopaths. Maybe he simply has never run into a psychopath that does not cause (much) pain.
He knows much better than I do, for sure, but I had to raise this question. As Taleb says in Fooled by Randomness the fact that you’ve never seen a black swan doesn’t mean there isn’t one.

Actual psychopaths are convinced Hare is a victim of confirmation bias. But then again, they might be biased.

Some examples of psychopaths doing well in sales didn’t add up with the fact that psychopaths don’t really plan on doing much for their companies.

I didn’t get the last section talking about how jerks are more successful with women than nice guys?
How’s that connected to psychopaths?
Also read: “why psychopaths seduce more women” and “how psychopaths manipulate and control women“.

I find Snakes In Suits to be a bit sensationalist in a way that it wants to represent psychopaths as these effective, cold-blooded machines with a target for the top spot.
Some are, but many others are just plain dumb as well.

In my opinion, Snakes In Suit exaggerates the power and the ability that most psychopaths have to climb ladders. Here is what Jordan Peterson, author of 12 Rules for Life, says about it:

Great Overview
It’s a great overview not just on psychopaths at work, but about psychopaths in general.

I have to wonder if Hare, who mainly worked with criminal psychopaths, might not be a bit biased.

After all, he draws his experience from the worst subset of psychopaths. Does he really have much experience of white-collar psychopaths?

With that in mind, I found “Snake in Suits” a very instructive and enjoyable read, albeit a bit light on data.

or get Snakes in Suits on Amazon 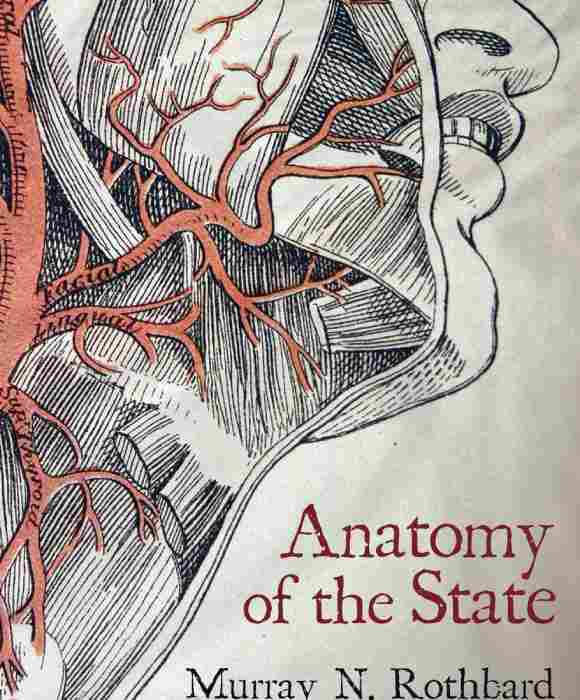 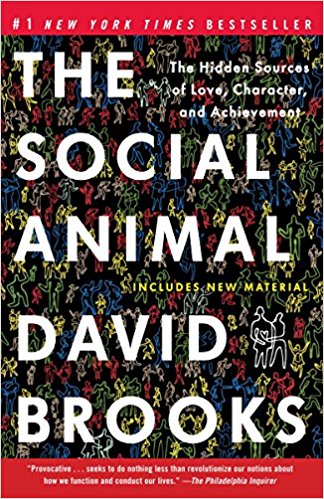 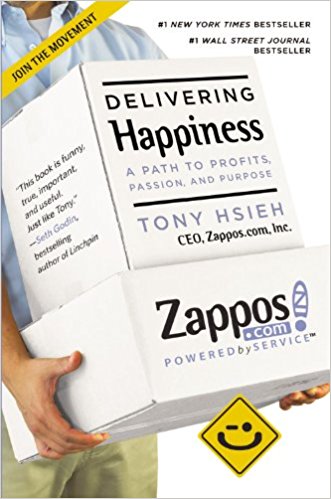