Office politics and politically-savvy career strategies are crucial to your career success.

And since people are in charge of strategic decisions, as well as promotions and demotions, office politics is crucial both to get things done for the greater good, and for your personal career advancement.

How you use office politics, for the greater good, for personal career advancement, or both, is up to you.
What’s sure though, is that you gotta learn office politics.

This post will show you how to master office politics.

Politics is people.
And to do well with people, you need some basic social skills.

Without basic social skills, people are not only poor at office politics, but they are politics-negative.
Their lack of political intelligence actively harms them.

Some of the most harmful political mistakes people commit are basic stuff, like:

Political harakiri is only marginally correlated with job performance or general intelligence.
Lack of political savvy can -and often does- harm top performers as well. Top performers might do great work, rapidly increase their status within the company, but then they self-promote too much and end ousted for “outshining the master“, as Robert Greene calls it in his “48 Laws of Power“.

To avoid political mistakes, you need to reach a minimum level of interpersonal intelligence.

Here are some good resources to bring you to a basic level of emotional and social intelligence:

Once you’re at a basic level, here more resources to get you to an intermediate level:

Once you reach intermediate level, then you become “politically neutral”.

You stop making mistakes you’re not even aware of, and that’s great. But you still don’t have an advantage over others.
Most people cluster around the middle, so to start reaping real political dividends, you need to move towards advanced levels.

Power dynamics is the advanced level of human psychology and social skills.

The good news is that once you have the basics of socialization down pat, it won’t take you long to also understand the power dynamics.

Socializing with power dynamics in mind means that you are aware of the dynamics of “one-down / “one-up”, influencing and persuasion, who is emotionally in charge (soft-power) and, finally, how to come across as powerful, influential, and respect-worthy.

Some good articles to get you started:

And I highly recommend this post to understand the inherent conflicts of interest between companies and employees:

This whole website is dedicated to power dynamics and advanced socialization, so if you read around you will quickly grow your understanding of power dynamics.

Also, in conflicts of interests that see you the big losers, learn to put yourself first.

Here is the great news:

If you’ve done your homework properly so far, then office politics will come natural to you.

As we’ve already mentioned, office politics is about people, psychology, and power dynamics.
Once you understand those, you will understand how to operate in office politics.
Just a few minor adjustments are needed for the specifics of the workplace. But here’s the rub: you’re not going to learn that in mainstream publications.

When it comes to workplace politics, avoid mainstream advice

Here is a rule of thumb:

If you want to leverage office politics for personal success or to properly defend yourself from political animals, then you need to scratch mainstream media.

Forbes, Harvard Business Review, lists of “best business books”… They are not going to be very helpful with office politics. It’s not that they don’t have good information: they do.
But they serve a different purpose: the purpose of aligning interests between you, the team members, and the company. That’s not optimal from a learning and strategic point of view though because those interests do not always align.

Even the Harvard Business Review’s “Guide to Office Politics“, which I reviewed here, was mostly about avoiding politics so that you can win for the company.
Nice… In theory.

Instead, read here about the real conflict of interets:

And here are a few articles about the real-world dynamics of political players:

You’re always at the center of your personal power chart

Now you know psychology, how to deal with people, and some office politics.

This is the next step.
You need to know who matters around you and where you stand in relation to others.

The org-chart is a good start, but you need to personalize it. If you’re in a huge company and you’re at the bottom of the pyramid, the CEO doesn’t really matter for you.
Depending on your level, seniority, and job position, the highest you can easily hobnob with might be your boss’ boss.
And unless your boss is on his way out, he will almost always be the most important piece in your chessboard.

What you need to keep in mind when drawing your power map is that not all job positions are created equals.
And the momentum of the people filling those roles is paramount.
Some people are stationery, some others are on the upswing, while some others are going downward -or are on their way out-.

In Power University there is a bonus Excel spreadsheet to help you compute the people who matter the most to you.

But as a general rule, the ones who are going down, no matter their position, not only are useless, but are actively harmful.
They are going down because they pissed off someone very powerful. It can take years to recover from a demotion, and most never recover.
Just to be on the safe side, don’t get too close to them.

Instead, you want to associate with those going up.
They are the winning faction, those who are friends with those still higher up, and those who can soon bring you up as well.

Now you’re getting good with office politics, and you got a power map.

When it comes to career strategies, avoid mainstream media

Mainstream media is not the best way to learn career strategies.
They teach you the “official” way of success. Such as: win by being a good team player and by making the organization win.

And yes, that is a very valid strategy.
But it’s not the only way to success -and sometimes not the quickest or most reliable-.
And there is more than it meets the eyes.

Rapid career advancement is barely linked to how well your company is doing.
As career strategist Brendan Reid correctly points out, when everyone is advancing because of a rising tide, you aren’t really advancing.

And when it comes to teammates, sometimes, the opposite of what mainstream media teaches is true: your success can be inversely correlated to how well your colleagues and boss are doing.
After all, it’s pretty logical: the worse your teammates look, the better you look by comparison -and you win that promotion by default-.

Don’t get me wrong though on Machiavellianism: this is not to say that there can be no teamwork, or team spirit. There can be real relationships at work -and even alliances based on deep emotional bonds-.
But people can, and often do win by shortchanging others -see for example “shine up, praise down”-.

That’s realpolitik.
And realpolitik office politics pertains more to the “underworld of wisdom”, the “red pill” side of things that people don’t like to talk about.
Well, luckily for you, that’s what we only talk about here.
Here are some better resources for you:

Frankly, though, there are not that many great sources of office politics wisdom. There are some, but it’s very scattered wisdom.
If you want the biggest shortcut, all at once, here it is:

Self-promotion is the art of managing your reputation, marketing your skills and results, and getting your name out to the people who can help you advance.

You can meet the people who matter either directly through networking, or indirectly via reputation or allies who will talk you up -the latter is always recommended-.

Now you know politics, you got a career plan, and you are actively promoting your personal brand.

Most people who reach the top are not great technical people, and they more often than not weren’t even the best at their jobs.
But they have leadership skills and they look the part. They have what I call “executive skills”.

To become an executive, you need to look and act like one

What are these soft skills, anyway?

The soft skills we’re talking about aren’t all related to “emotional intelligence” (EI).

That’s a term coined by Daniel Goleman, and Emotional Intelligence is the recipe to keep you stuck at middle-level management. Goleman kept milking that EI train with “Working With Intelligence“, but he failed to warn people that you don’t advance on EI -or at least, that’s far from the most important trait-.

While emotional intelligence does help you work better with others and it likely also help you perform better at work, it does not help you advance to the top -unluckily-.

In my opinion, it’s not that execs and CEOs are emotionally stupid.
Instead, CEOs prioritize different qualities than those that help you score high on EI tests.
CEOs and execs prioritize things like getting the job done, winning and, of course, power. And if someone stands in the way or gets hurt… Too bad for them.
That attitude lowers your EI scores, but it obviously helps you advance.

In the words of career strategist Dan Rust, it’s “Velcro Butterflies” VS “Teflon Rhinos” dichotomy and, as he righteously points out, you want to be more on the rhino’s side.

That’s the gist on EI.
If you want to read more, see here:

So, scratch that emotional intelligence.

What should you score high to master office politics and advance your career to the top?

You need executive skills.
They look something like this:

For simplicity, exec skills means being an alpha male and an alpha female, but a professionally polished alpha.

The CEO in the movie “Margin Call” is the poster child of a high-powered executive:

So, how do you start for those exec skills?
Here:

There are several different definitions of office politics.

Some of them focus on the negative and underhanded aspects of politics, while this website takes a larger look –and definition– of office politics.
To this website, politics is people.
When you put people in an organization, you automatically get office politics as a byproduct.

Whether you own a business or you seek career within an organization,  political proficiency will help you succeed.
People decide what gets done and who gets promoted, not systems.
Ergo, if you want to flourish, you absolutely need to master politics.

This post is your starter pack to mastering office politics.
Bookmark it and come back here until you’ve mastered this crucial area of your life. It will pay you off handsomely. 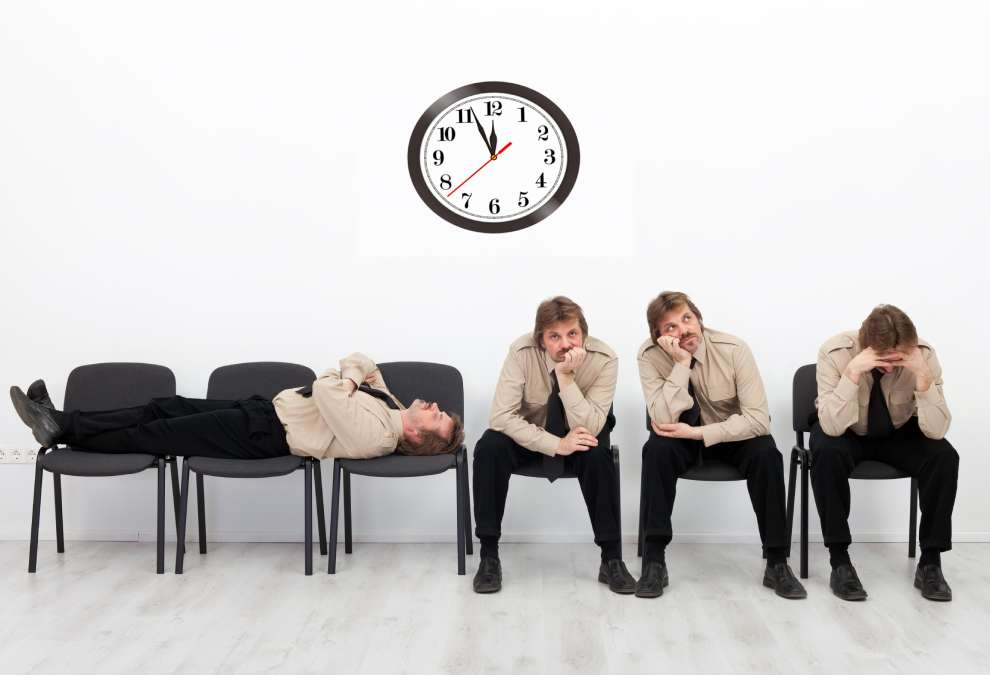 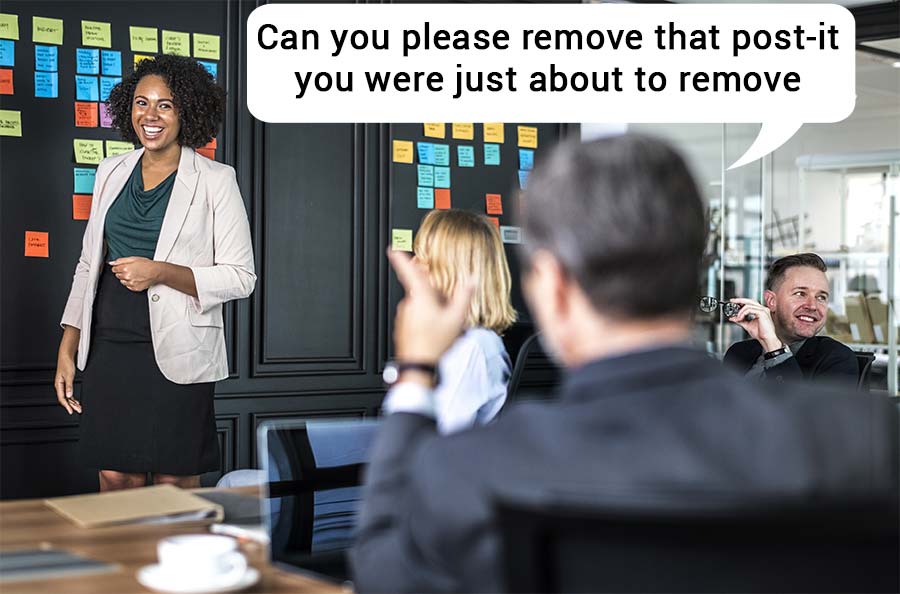 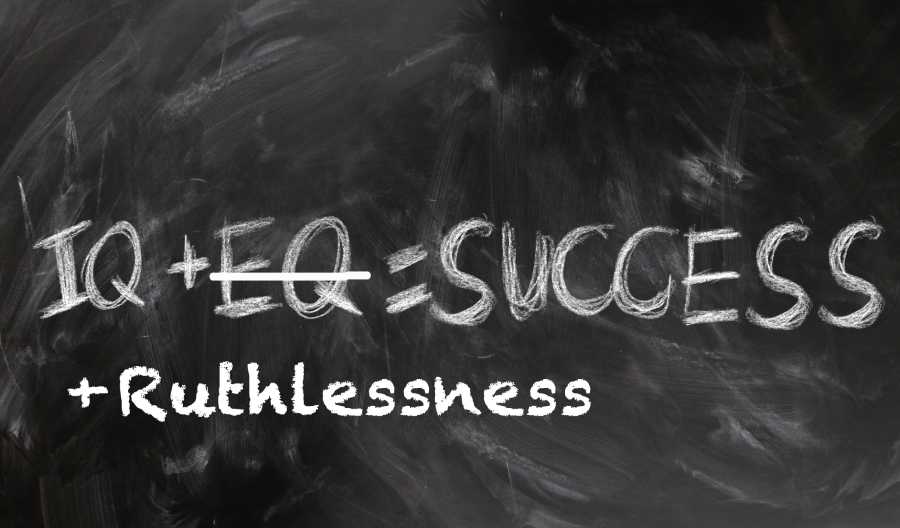 My Journey to Powerby John Freeman9 mins ago

Friend "Switched-Up" On Me Over a …by shockysho10 hours ago