The Mask of Masculinity (2017) lists four masks that men and alpha-male posturers wear in an effort to appear more “mannish”, more dominant, and more attractive.
Lewis Howes suggests these masks are counterproductive as they lead to pain and poor relationships.

About The Author: Lewis Howes is a former athlete, entrepreneur and founder of “the school of greatness”, a show and podcast where he interviews various celebrities.

Lewis Howes calls into question the idea of masculinity in our society.

He says it’s not really working well for men.
They underperform women at school, have poorer social skills and commit nearly 90% of the homicides.

At the same time, they are also 6 times more likely to commit suicide and much less likely to ask for help compared to women.
Masculinity is clearly failing men, Lewis seems to point out.

Removing the masks will make you happier, better and more successful, Lewis says.
So let’s start to see what these masks of masculinity are.

My Note:
I don’t disagree with Lewis, yet it’s not all about culture.
Much of that “masculinity” is also inborn. Also read “The Blank Slate“.

Without masks, we can be who we really are

The stoic mask is possibly the most common and pervasive in our society.

Putting on the stoic mask the man pretends he has little or no emotions.

Lewis Howes says that ridding yourself of the stoic mask will give you emotional freedom, deeper permissions and, lo and behold, the power of feeling those emotions again.

As a former athlete himself, Lewis Howes knows this one very well.

He says that some men equate being great at sports as being great at being a man.
They will force themselves through pain and injuries just to prove their worth and will spend hours and hours practicing or in the gym.

Men wearing the material mask will measure their worth by their… Net worth.

Lewis Howes says that when we manage to drop this mask we will finally meet people who like us for who we are instead than for what we have. And we’ll find peace and gratitude.

This man proves his worth with sexual conquests.

His value is the number of women he has been with. Relationships are for suckers, he thinks, a real man doesn’t need that safety.
A real man loves and moves on.

The sexually masked man needs the next hook up to feel good.
And he’ll always be tense and hungry until, for a fleeting moment, he feels satisfied again after that next conquest.
And then, shortly after, the cycle begins again.

A man who manages to drop his sexual mask will finally find inner peace and he will finally be able to enjoy deeper relationships.

My Note:
This one rang quite true to me not just from a social scientist point of view, but also from a personal point of view.

Men wearing aggressive masks act with disregard towards others.

The author says that some men think that going after what they want with full disregard of anyone else is a male trait, and that makes them strong and mannish.

Men wearing the aggressive mask will often get into arguments and fights.

Lewis Howes says these men think it’s ok to have enemies and to hate.

My Note:
And actually I might go even further.
Some of these men base their own worth on having enemies and hating people. One of the mottos of Benito Mussolini’s fascism was “many enemies, much honor”.

The aggressive mask will have men always tense and restless.
They never allow themselves to forgive and move on. Moving beyond this mask will finally give men emotional stability and control and a more enjoyable, more peaceful life.

This is the man who has laughs at his problems and uses cynicism and jokes to show his tough, hyper-realist attitude.

It’s also a way to show his superiority, of course, and they will use irony to seem superior:

Friend: Do you want to talk about problems?
Cynic: Sure Dr. Shrink, lemme just recline this chair and you can start fiddling your thumbs in the meanwhile.

The problem with the joker mask, says Lewis, is that it becomes an avoidance tool to move away from the uncomfortable emotions.

When you drop this mask, Lewis says, people will finally take you more seriously and, similar for all other masks, you’ll be able to establish deeper human connections.

The man with the invincible mask fears nothing.

He’s a daredevil with little regards for the consequence of his actions and he “lives life to the fullest”.
The bigger the risks, the more his chances of proving his manhood (and one of the reasons why men die younger).

Lewis says it’s ok instead to admit our fears and not do something we don’t want to do.
Once we drop the invincible mask our self esteem will go up because we won’t have to feel bad about what we fear and avoid.
And we’ll get permission to just be instead of proving our mettle with doing.

The know it all man must have all the answers and know what to do at any time.

This man feels like not knowing is weakness, and that cannot be tolerated.

Men wearing this mask are more prone in “proving” their knowledge than in learning, which will leave them at a huge disadvantage when it comes to growing and learning.
This is also one of the worst kinds of fixed mindset.

As Lewis says, everyone knows a few things more than you do, and if you learn from them instead of proving your knowledge, you will progressively become a better and better man.

Dropping this mask will not finally allow you to grow, but will also make other people like you more and develop stronger relationships. Because, frankly, nobody likes a know it all.

Also read the description of a smart alec in “archetypes of dominance“.

The alpha mask means a man must win and dominate at anything he takes part in.

As the Internet population shows all too well, many men believe there are “alphas and betas”.
You can’t be both.

This is similar to what Brene Brown terms in Daring Greatly as “Viking mentality”.
A Viking, similar to the Alpha Male, sees the world as split between winners and losers.

Lewis says Alpha type are not even about getting what they want, they’re about the illusion of winning and feeling in control.
Which makes them weak and easy to manipulate.

You might think you’re the big alpha male, but you’re actually profoundly weak, he says.

Alpha males can hardly connect with others and dropping this mask will make great things for you.
It will help you create win-win solutions and relationships and make others feel better, too. 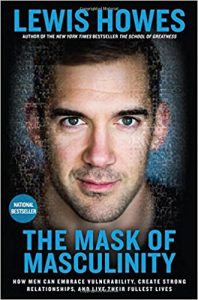 Learn Masks
I would say it’s key for your development to learn what masks you’re mostly wearing and how they affect you. By reading the book and the examples you will likely understand your own situation.
Then:

Choose Masks
See which masks you want to try to drop and which ones you want to keep if they help you somehow.

Power Moves Masks
Keep in mind sometimes you will need to put on some masks. That’s also part of being socially shrewd in life. Not necessarily about tricking someone, but sometimes masks can also help you help someone.

How To Drop The Masks?
An explanation of why these masks exist and how to drop them could have been useful.

Is It Really A Mask?
This idea that you can take a mask and throw it away sounds appealing but.. Are we really sure all those people are just pretending?
Maybe for some it’s not a mask, but more like how they’re wired..

Masks… What If You Remove Them?
Imagine a man throws all the above masks.
He feels he can say no to any scary thing, he doesn’t “need” to sleep with women, he doesn’t care about “material” stuff, he doesn’t need a good creer… And then what?
He’s like neutered Brian couch potato?

Ideally, you might want to be able to throw off your mask and still push yourself.

Good Psychology
The Mask of Masculinity provides a very, very good practical psychology analysis of men in a format that is simple and understandable to everyone.
It might seem like “pop-psychology“, but it’s not. Simple, yes, but also realistic.

Useful
This book can be extremely useful to understand and improve yourself.

I think Lewis Howes is awesome.

And we also used him here as an example of a high-quality man.

This is why I was particularly surprised to hear that he outright refused to have Layne Norton on his show to discuss about nutrition.
Laye Norton is TPM’s #1 recommendation when it comes to nutrition.
Layne said that Lewis got angry when he hinted that the guests he was having to speak about nutrition were quacks.

And albeit Layne can be a bit rough around the edges, I think it was not cool of Lewis to shut the door in his face.

I find “The Mask of Masculinity” a great book to better understand psychology and the “boxes” many men live confined in.

You will gain a better understanding of how men work and, if you’re a man, how you work. And that’s huge, because self-awareness is key to any real development.

I see The Mask of Masculinity a bit as the extension of Daring Greatly, considered by some the “Bible of vulnerability”.

The message to drop all pretenses and having the courage and strength to be ourselves, including all our flaws and weaknesses is similar.
However, The Mask of Masculinity is mostly aimed at men, and also adds a layer of very practical examples which makes it extremely useful.

I personally don’t fully believe that dropping all the masks at once is the best strategy.

To begin with, you first should make yourself into a man who can drop all pretenses and still be somewhat socially appealing.

And second, you can use some of the pain and humiliation from the masks to propel you to the next level of achievement (Lewis himself explains how the pain of humiliation and a few masks he had propelled him into becoming a great athlete).

I also believe that mastery of oneself -and social mastery as well- is not always “being yourself”.
But sometimes it’s also about being able to put on this or that mask depending on the situation.

Great book. Both enjoyable, easy to understand and highly useful and enlightening. 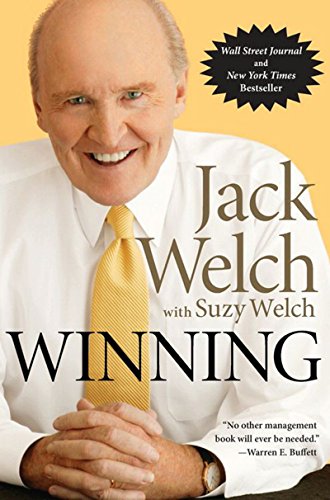 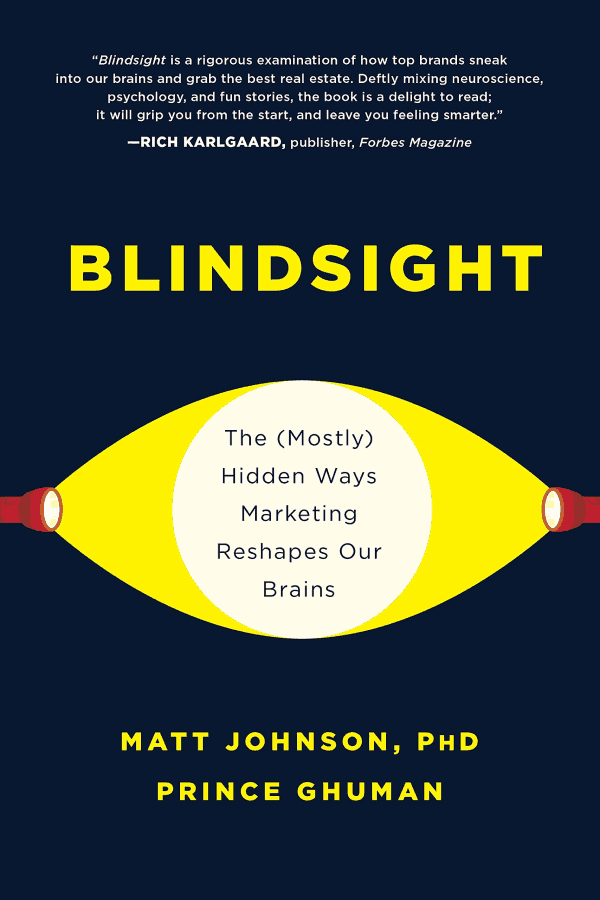 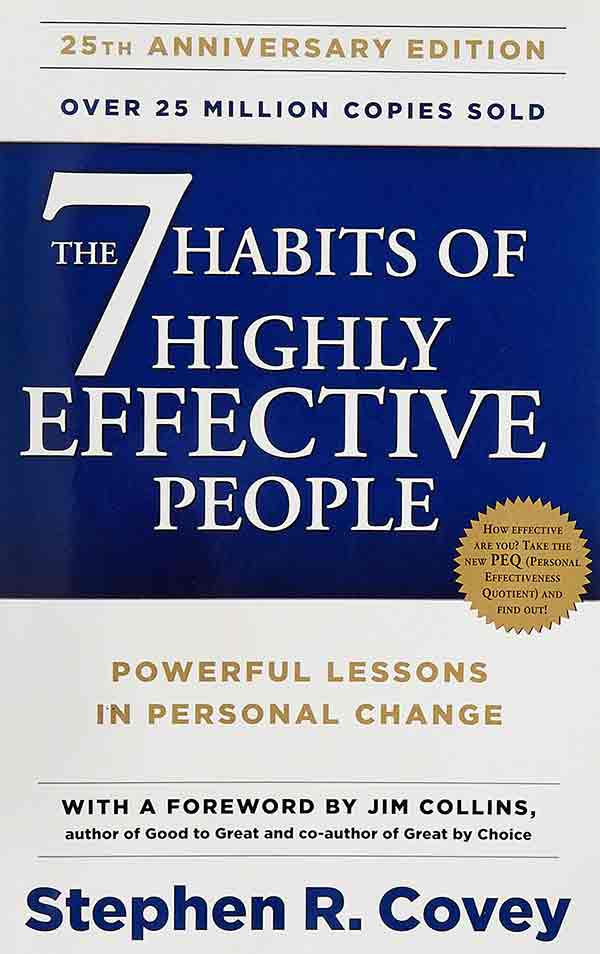 2 thoughts on “The Mask of Masculinity: Book Summary & Review”