What is contempt in relationships and how do you fix it?

That’s the topic of this article.

It will give you concrete examples with videos and tell you the steps you -and your partner- need to take to move past contempt.

Why You Must Address Relationship Contempt

Contempt is the single biggest predictor if divorce.

And I said that first to be your motivation.

John Gottman’s research shows that contempt is the single biggest predictor of divorce in both heterosexual and gay couples.
Contempt is so harmful that it actively makes sick. In one of his many books, Gottman says that contempt in a relationship erodes our immune system.

So let’s start fixing contempt by first understanding what it exactly is.

Contempt is a type of communication that attacks our partner with ridicule and sarcasm.

The contemptuous party takes a position of judgmental superiority as it seeks to embarrass and shame our partner by painting him as unworthy.

Contempt uses sarcasm and cynicism in an indirect way, and it’s a slightly passive aggressive in its nature. As most passive aggressive communication indeed, it can be difficult for partners to detect and directly confront.
Contempt is the opposite of respect.

Here are some signs of contempt:

This is an example of contempt with derisive humor:

I’ve been running around all day, then you come back and all you can do is flop on your lazy ass. It’s pathetic. Do you want a bib and a biberon too, that way maybe you can manage to be a bit more pathethic?

This is an example of contempt with exaggeration:

You would rather me to stay in tonight ahaha how unexpected, hooow unexpected (looks away). If I had to let you decide how to live my social life, I’d be here tied up with a gag ball in my mouth

And this is an example of contempt with disdain:

You would wish “these people” would sleep on the floor

The last one is a real life example.
That was what the mother of an ex girlfriend of mine said about my parents when she heard they hadn’t yet booked a place to stay.

And worst than criticism, is makes our partner feel unworthy and inferior.
In that sense, in many ways, contempt is a power move and a tool of soft power (and a very nasty one, too).

If you let it fester contempt will drive a wedge between you two and break the emotional bond.
The relationship becomes a place where you need to defend and protect yourself. You don’t go home after a long day and look forward to relaxing.
You go home after a long day and you’re bracing for the next fight. Or walking on eggshells to avoid the next big painful argument.

And when we cannot be our true selves and when we don’t have an emotional connection, guess what? You don’t have a relationship.
Remember this:

With time, if you don’t fix contempt, it will make enemies of you two. And at that point breaking up is not only unavoidable, but actually the best solution for both.

Examples of Contempt In Relationships

Let’s see now some examples of contempt in relationships:

This is a typical example where the woman started focusing on the negatives of her partner.
Contempt was the consequence of her seeing her partner in a negative light.

Russel Brand starts off highly critical, but he goes back into a productive stance when he says:

Him: I’ve heard that women do fake orgasms, but I’ve never seen one. It really deeply upset me

That “it really deeply upset me” is great communication.
It’s when she goes into heavy contempt that the fight moves to a whole new level:

After that, it’s a vicious circle of contempt and criticism.

Jack Nicholson starts opening up and, as it’s often the case for the very first emotional openings, it’s not easy for him.

When partners are opening that’s the moment you want to the most un-judgmental and open you possibly can. Those are the moments that bond partners together.

Contempt during an emotionally charged conversation is the most damaging because your partner will feel the relationship is not a safe place to be himself.

Him: It makes it rough, especially living next door. I’m starting to think I gotta watch what I’m doing…
Her: (mocking with a disgusted expression) Bla bla bla

He is strong enough to look past the first contemptuous attempt and doesn’t escalate.
But of course he stops opening up. And you sure can’t blame him when he refuses to turn towards her bid for emotional connection (“I feel humiliated”) and leaves right after.

Note: Jack Nicholson in this movie -and possibly in life- is a type of guy with an avoidant attachment style. The quickest way to make avoidants drop their partners, of course, is by using contempt.

This isn’t a relationship -yet- but it’s clear there’s something between the two already.

Contempt is her sneering at him, looking away and repeating “great” in a mocking fashion.
She makes him feel unworthy and “inferior”, and ends with a criticism as icing on the cake (you are so weak). Gale’s is a typical defensive reaction with aggression.

How to Fix Contempt in Relationships

Sometimes contempt is the sign that we don’t appreciate our partner anymore. If that’s the case, you should wonder if the relationship still makes sense.
At the very least though, you should try your best to rekindle the positive feelings before giving up.

In some other cases, contempt might not necessarily mean we think out partner is pathetic but it’s a general -and toxic way- people communicate with.

Some personalities tend to use contempt more than others.

Here are personalities whom, in my experience, are more likely to resort to contempt:

It takes courage to look at ourselves when we behave as any of the above, but that’s the first step to curing ourselves.

Express your criticism openly instead. Anything is better than contempt.
But since we’re here, learn to express your anger with the complaint format (I feel + state the fact + what your partner can do to help you).

If contempt is a sign you’re growing to dislike your parter you need to change that ASAP to save your relationship.

You could consider therapy, but the basics is simple: rid yourself of negative feelings and start liking your partner again.

Here are a few ways:

The biggest secret of an happy life is focusing on the positives.

Contempt grows its ugly roots in an environment where we see our partners in a constant negative light. But it’s rarely the case that our partner is as negative as we sometimes imagine.

Focusing on the positives will not only make your life better overall, it will also help eliminate contempt and make your relationship better.

Gottman says that talking about happy events of the past can help couples reconnect.

Think together of the best moment you’ve had. How you met, your first dates, your honeymoon.

4. A culture of appreciation

As you revisit your past and focus on the positives, build a culture which constantly celebrates the beauty of your relationship.

Evening rituals, sitting down for lunch, weekend getaways, date nights etc.
Celebrate your partnership and contempt will have no space in a content relationship.

Sometimes contempt is the sign that we don’t appreciate our partner anymore. Some other times it’s bad communication habits that we picked up.

In either case, you and your relationship will gain by removing contempt.
This article shows you how. 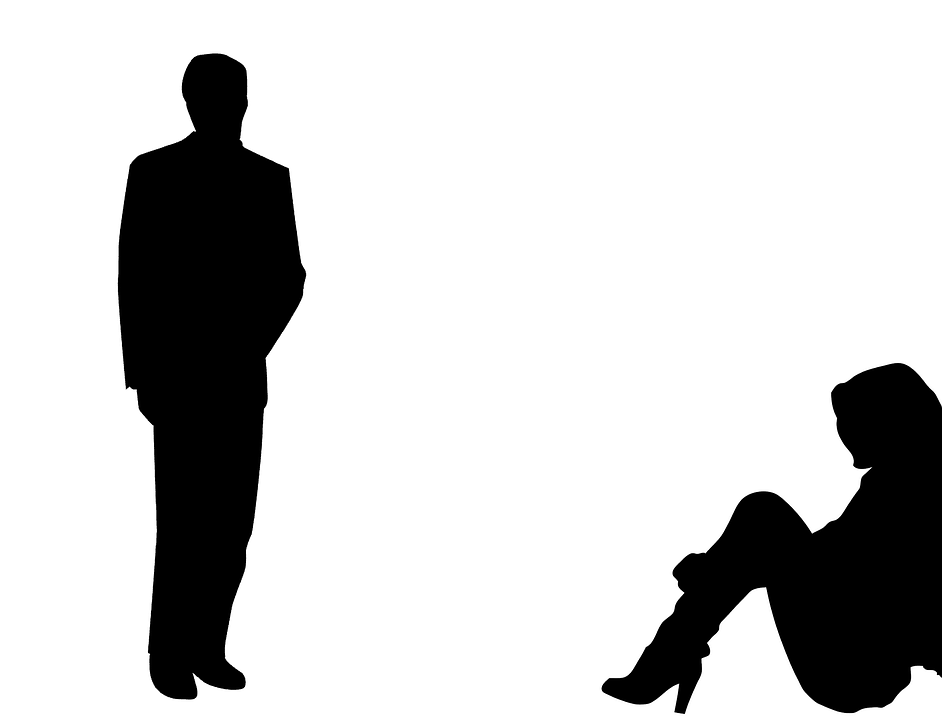 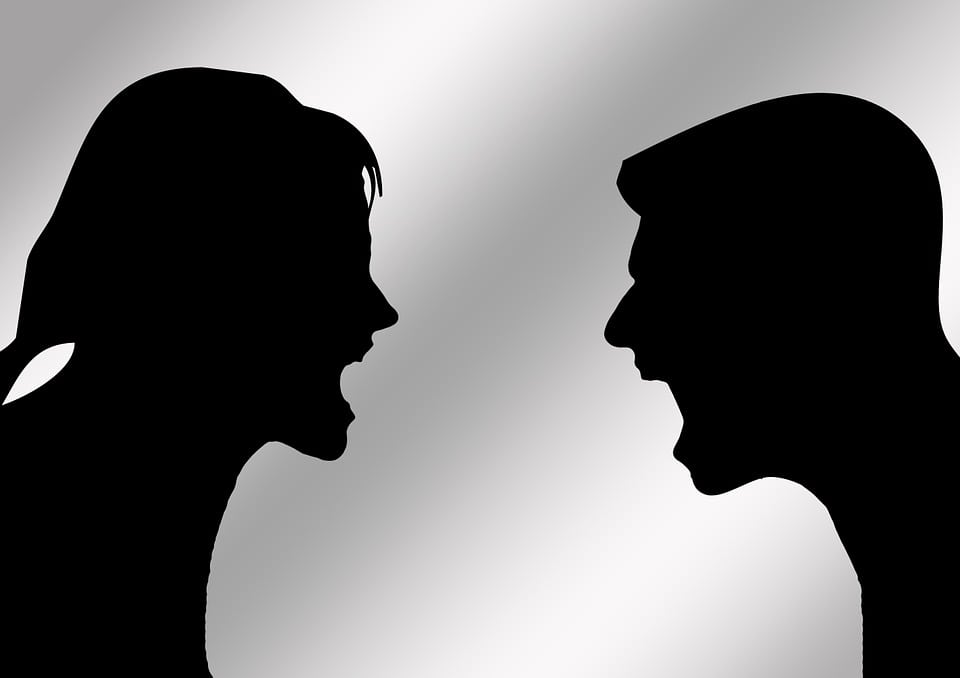 How to thank people properlyby Transitioned40 mins ago