In this article, we analyze Elon Musk.

For the sake of this article, I will analyze two videos of Elon Musk’s relationship with his ex-wife and actress Talulah Riley.

Look at this first video:

We might go as far as to say that she goes the extra mile in an effort to emasculate him.
However, what’s equally disturbing, is how he both fails to do anything about it, and how he seems not to even notice what’s happening.

The moment in which he says “really” is especially telling about Elon Musks emotional intelligence.

Talulah: Alright, I’m getting on a plane to England and I’m n ever gonna see him again
(she said it jokingly, albeit it’s still an obvious power move)
Elon Musk: Really?
Everyone with EQ above 0: face palm

In this other video, she goes down even harder on him (is that even possible? Seems so):

Again, Elon Musk fails to do anything about it. We don’t know for sure that he failed to understand how rude she is being, but social intelligence is also the capacity of acting on disrespect, and he obviously fails there.
And the fact that they stayed together for so long also leads me to believe that no, he didn’t even see the power moves for what they really were: emotional abuse.

Since Elon Musk doesn’t attack back this is not a combative relationship. Not because it’s a good relationship, quite the opposite: this is a highly toxic relationship.
But because, Elon Musk being non-reactive, he is simply a punching bag for her aggression.
Not an enviable position to be in, is it :).

Clearly, she is engaging in relationship power moves and trying to position herself as the prize of the relationship.

If she is successful in keeping him down and lowering his self-esteem, she will always have him prove himself to her and try to “win her back”.
That way, she can hold him like a puppet on a leash.

I have not met them in person and I have not seen all footage available and read all the resources on the two of them. But since they stayed together for so long, she might as well as have been successful.

You can read a deeper analysis (and comment) on the forum:

As I explain in the video, Talulah’s abusive power games might also be the consequence of her low self-esteem and a consequence of her not feeling good enough for him.
Bringing him down is then her way of rebalancing the relationship and feeling more secure in it.

That might be one explanation.
If that’s the case, it’s also partly because Elon Musk never communicated other -or made her feel- like she is with her for more than just a pretty face or a pair of perky books (something I talk about in “common communication mistakes men make in relationships“).

But it might also be she’s plainly a low-quality woman and/or hell-bent in overpowering him.
It’s a minority, but there are a few women who take pleasure in shaming their partners (I once had a girl hug me and tell me she was getting wet… In front of her boyfriend. Talking about awkward).

I cannot say from here for sure why she does it.
But for sure she is engaging in nasty power moves, one-upping and, even more often, put-downs.

And why she does it, in a way, is a moot point.
She does, and Elon Musk does not see it. And does not do a thing about it.

Look at this scene:

She wants to stay while Musk clearly wants to move away.
Musk doesn’t have the courage, strength, or leadership to influence her decision in any way.

And she obviously does not care enough to accommodate his husband. It might even be the case that she is doing it on purpose (making someone wait is, of course, another power move).

So what does he do, finally?
He walks away by himself.
Some people on that video commented that it was cool and showed strength.

Well, some people don’t understand power dynamics any better than Elon Musk does :).
No, it doesn’t show strength.
It’s very un-leader like instead and very puerile.

If a more socially powerful individual had been in Musk’s position, he would have likely walked over to her and warmly but resolutely told her it was time to go.
Without being overbearing or aggressive, but he would have made it clear that it was enough and he was done waiting.

She Is In Charge

If Elon Musk had been in charge of the relationship, she would have most likely conformed to his will.
Maybe she would have asked to spend some more time taking pictures, but for sure she would not have ignored him, stepped away from him and let him wait the way she did.

That was quite disrespectful.
And usually, followers, submissive women and good relationship partners are not disrespectful to their men.
Or at least, not for long…

Elon Musk not only does not bond and connect with people -which few do anyway-, but fails to understand people and social dynamics at their very basic.

That becomes especially obvious when Musk tries to make some joke. He is not good at communicating that he is joking, which sometimes leads to his jokes falling flat.
And it becomes especially painful when people try to joke with him, as he fails to read nonverbal cues and cannot tell apart irony from serious conversation.

“I’m trying to do useful things”. Evidently, bantering with the host was not “useful” enough to engage in for Elon Musk, LOL 😀

We already saw Elon Musk lacking in relationship leadership. And, as we might expect, he does not shine when it comes to people’s leadership in general.

Look at this scene here:

The speaker at the event is as socially challenged as Musk is.
But unlike Musk, he also seems to be quite irrational and might have some other issues going on.

To any leader with a bit of emotional intelligence, it would have become obvious within the first 20 seconds that his task was to curtail the crazy speaker and let him down as easily as possible.

But Elon Musk does the opposite of what a good and strong leader would do.
He:

Sure the man was being idiotic, but that doesn’t mean Elon Musk could not have treated him with some heart and helped him save face (as Carnegie recommends in How to Win Friend and Influence People).
That would have taken some social finessing though, and by now it’s obvious that you can’t expect any social finesse from Elon Musk :).

As you would expect, Elon Musk body language is rather poor.

First of all, he walks with a slight hunchback, which is far from ideal.

You would at least expect that someone who has been called a genius more time than Einstein (Einstein also emotionally clueless BTW) probably would talk well and sound smart.

Instead, he uses a ton of filler words which make him sound insecure and far less intelligent than he actually is.
Also read:

However, albeit I have done it previously for Trump and anti-social personality disorder, I will not engage here in “digital diagnosis” (The Goldwater rule also discourages any psychologist to make a diagnosis from afar).

Therefore, I cannot be sure, cannot judge, and don’t want to judge whether Elon Musk is AS or where he places on the autism spectrum.

Also because, frankly, it would just be a label that would not add anything to this analysis.
It is pretty obvious that Elon Musk cannot relate well with people and has impaired social abilities.

For all his billions, vaunted intelligence and “genius status”, Elon Musk is emotionally challenged.

His former business partner Peter Tiel says in Zero to One that Elon Musk is a master salesman. Honestly, I struggle to see how that’s possible.
Salesmanship requires emotional intelligence and social skills, and I fail to see how Musk could ace it with people (and I think you do as well, by now).

With Elon Musk it’s not just about “geeky”, submissive or lacking confidence.
He genuinely seems not to understand basic social cues.

Lemme finish with a quick note: this is not an attack on Elon Musk. He seems a good person and I am grateful we have people like Elon Musk in this world. 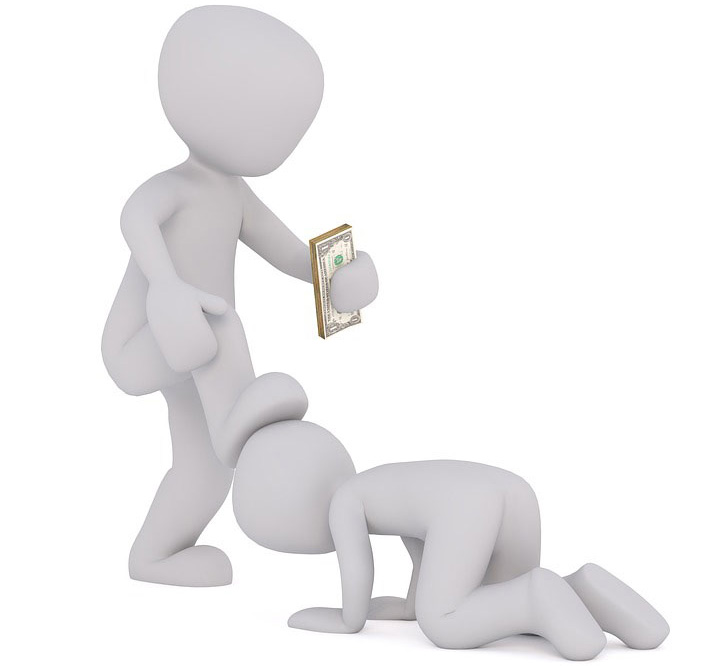 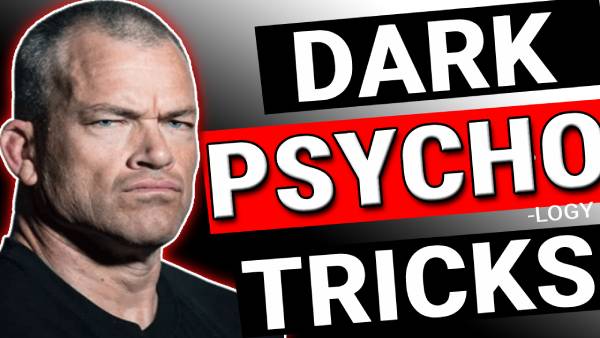 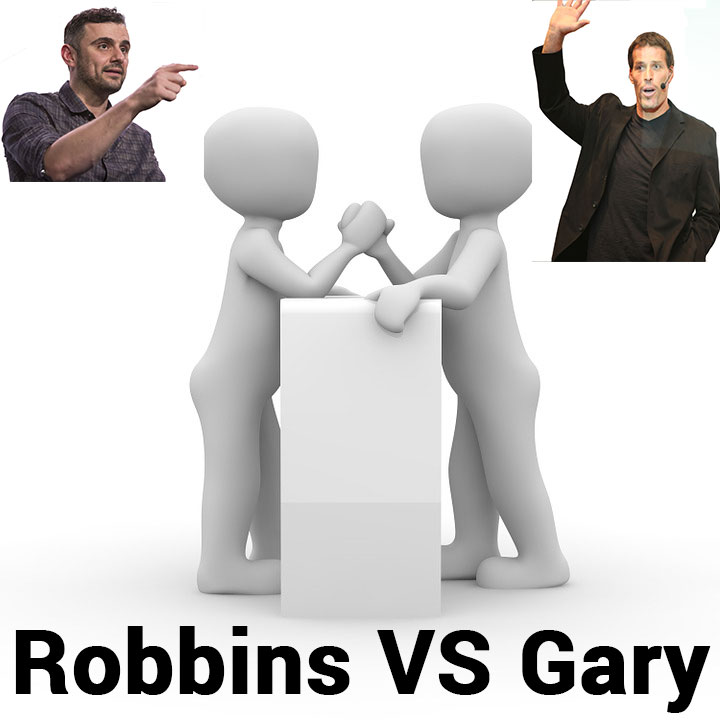 1 thought on “Elon Musk: The Emotional Idiocy of A Genius”