Minimal Game is a dating book for men. Aaron Sleazy, the author, teaches pick-up and seduction for level-headed guys who don’t want to become pick-up artists or weird spam-approachers. Sleazy’s method to date and seduce is based on efficiency, with little gimmicks.

About the Author: Aaron Sleazy Elias is a dating coach, blogger, and writer.
Aaron made a name for himself because of his skills and advice and, partly, because of his criticism of the pick-up industry.

Seduction is Simple: Don’t Overcomplicate It

Finding a mate is something primal and natural.

Seduction advice and books like “The Game” or “The Mystery Method” overcomplicate things.
And they do so because it helps them sell overpriced products and seminars.

The first step is to maximize your appeal to women (your sexual market value).

In this section, Sleazy says that looks are not the end-all, be-all. But they do matter, so you should focus on maximizing your looks.
And while money and status take years to achieve, improving your looks can be done in a matter of days.

Aaron Sleazy does not like asexual and overly shy girls, and he recommends to go after the sexual ones.

Sleazy also doesn’t like girls who don’t enjoy sex, and girls who are not interested in you.

If she doesn’t like you within the first five minutes, chances are low that she will like you after 5 hours.
So cut the interaction short and look for more receptive women, instead.

How do you quickly screen the girls who like you from those who don’t?

Well, Sleazy proposes that you seek out a reaction early on.
For example:

If you perceive negative reactions, just stop the interaction.

Aaron Sleazy recommends the same approach for “pulling”, or inviting home.
Once the attraction has been established, a simple question such as “where do you live” should suffice. And if she doesn’t bite, you could outright say “I feel like leaving, do you want to come with me?”.
That works especially well with confident women, says Aaron, and I agree.

Chasing every single pretty girl is a time waste.
And it has little chances of success.

Instead, you are better off selecting your market and making yourself a good fit for that market.
And, says Aaron:

If you don’t get anywhere with a particular kind of girl, you have two options: 1. Focus on different women; 2. Change yourself.

Focus on different women, says Aaron, does not mean “less attractive”, but it means “women with whom you have more in common”.

When you take on a certain style and personal definition, you will be more attractive to girls who are similar to you. But you can still attract girls from different sub-cultures.
What’s sure instead is that if you look nondescriptive, you will also be non-attractive across the board.

Don’t Set “X Girls to Approach” Goals, Go Out to Be Social

When you set yourself bizarre goals of going out and talking to x amount of girls, you will come across as scripted and insincere.

You will sub-communicate that you are not talking to them because you like them, but because you racking up numbers.

Even when you reach a place, don’t tell yourself “I must talk to some girls now”, but be open to whatever happens.
And if you see a girl you like, then walk over and go say hi.

Don’t Lose Spirit: Even The Best Ones Get Rejected Most of The Times

Just to give you an idea, you shouldn’t expect more than 10% of the women you approach to be interested in you.

And if you have sex with 5 girls a year, you are doing fine by general standards.
And if you get 10, you are outstanding.

Success is, statistically speaking, rather the exception than the norm

To Meet Girls, Just Drop a Random Comment and See How They React

This was a totally novel approach to meeting girl, and I liked it.

Aaron Sleazy recommends to just drop a simple comment and then let the girl tell you, with her reaction, whether she likes you or not and whether she wants to take it further or not.

For example, at a clothes’ store, you could drop the comment:

Or you could ask for directions.
Based on how she replies, you will know whether she likes you or not.

To Get Into the Lover’s Vibe, Talk to Her As If You’re Lovers

Treat the girl as if you two already had sex.

Girl will follow your lead, treat you the same way, you will bond and connect more quickly, and sex is much more likely to happen.

A good definition of seduction:

On the simplicity of seduction (and female choice):

There are no obstacles to getting girls, and there is no secret behind it either.
The mechanics behind seduction are in fact surprisingly simple, and the key insight is that mate selection is the domain of the woman.

Really getting to know a woman is a long process that always starts with sex.

On the help that money provides in dating:

Money might not necessarily buy you love, but it surely makes it easier to get laid.

On on stacking up negative features (ie: if you’re short, don’t be fat 🙂 :

Height is a very attractive feature, and women generally prefer a man who is taller than them. So, if you are short you better not be overweight.

On the importance of structuring your life to meet the type of women you like:

For the very most part you will meet women whose life has some connection to yours. Everything else is a pipe dream.

This one, I just found funny, on dumbing yourself down to vibe with “regular girls”:

When a cute girl stepped up to the canvas, I said something devoid of any meaning such as that the colors were “strangely fascinating.” This was in line with my belief that it’s better to dumb yourself down to avoid repelling regular girls (…) she nodded approvingly, being the little pseudo-intellectual she was.

Another funny quote, highlighting that sometimes “just an OK guy” is all that’s needed:

In big cities there is an abundance of lonely office girls that spend their evenings alone (…). They are only waiting to meet a great guy like you — or any guy at all, which could of course also be you.

Some girls have excellent one-night stand manners and know when to get up and leave.

And lastly, on avoiding relationships with women you are incompatible with:

You will not get back the time you have invested in a relationship that was doomed to fail from the beginning.

Aaron Sleazy says that seduction is simple, and he’s right.
Yet, a few more details for guys who not yet socially well-developed enough could have hlped.

Aaron Sleazy doen’t like online dating, and he doesn’t seem to have a high opinion for people who use it.
I disagree.
It’s efficient and everyone looking for a mate should do it.

Aaron Sleazy calls the husband the “dumb fuck and his money”.
Deploring the provider role is very common in the seduction industry, but something I never agreed much on (and one of the reasons why I had to write my own book on seduction).

I’m not a big fun of many pick-up artists as they come across as too gamey. Even the good ones like Todd Valentine sometimes overgames.
And yet, in a way, any book on seduction is somewhat pick-up.
So albeit I partially agree with Sleazy, I am somewhat more at ease with the pick-up community.

Sleazy suggests that women want sex more than men, but since society tells us that’s not the case, we believe it.
Well, that’s not true, and it’s not just society. The Madonna-whore dichotomy is biologicial.

Aaron Sleazy explicitly says he doens’t like to talk much and hates chit-chat. He prefers clubs and physical escalation.
Fair enough.
Still, one should not generalize. And conversational competence is very important in mating (also see: mating intelligence).

Speaking as an over-educated intellectual myself, I can assure you that you are a lot better off if you dumb yourself down a little bit.

Well, he’s not wrong if “being intellectual” means talking about stuff she doesn’t care about, doesn’t know about, or anything that makes you sound pretentious.
Yet, I wouldn’t necessarily say “it’s better to dumb yourself down”, but I would call it more “adapt to the situation”. If she’s dumb, dumb yourself down. If she’s a smart cookie, be your smart self.

Aaron Sleazy correctly points out that dating never stops being a number’s game.
And he is the only one to correctly point out that with all the fetishes that exist, there is a fetish for almost any unattractive feature one might have.

This one made me laugh, but it’s a great point indeed:

I wouldn’t bother too much about hair on your back or shoulder as long as you don’t plan to meet women on the beach, because once you have gotten that far, it won’t matter anymore.

Sleazy says that the environment you are in might the most important factor in determining your level of success.
While that might seem exaggerated, it’s actually true.
Also see: sexual market value hacks.

This is another little, underappreciated pearl from Sleazy.
So simple, yet so often forgotten: focus on women with whom you have the most in common. Everything will come easier.

He champions some of the ideas I also embrace, like for example “mutual seduction”.

He pokes fun at the made-up evolutionary psychology of many pick-up resources, something I also often wrote about.
And he writes well, mixing biting humor with rationality and critical thinking -similar to Nassim Taleb-.

I just don’t understand why the adjective “sleazy” lodged between his name and surname. He’s not sleazy at all!

Overall, I very much enjoyed “Minimal Game”.
Truly simple, it reminds guys that getting the basics of seduction right starts first and foremost by accepting your sexuality, then looking for girls with mutual liking.

In a way, this is a dating book for men who don’t want to become weird, high-energy pick-up artists. 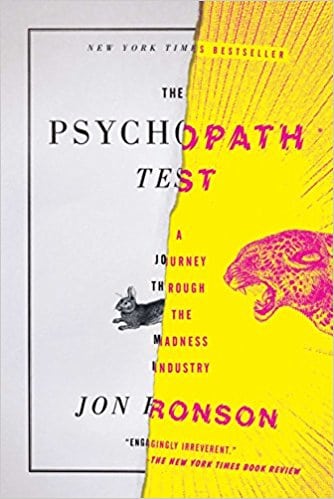 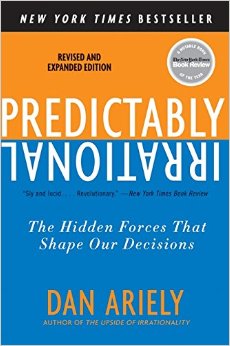 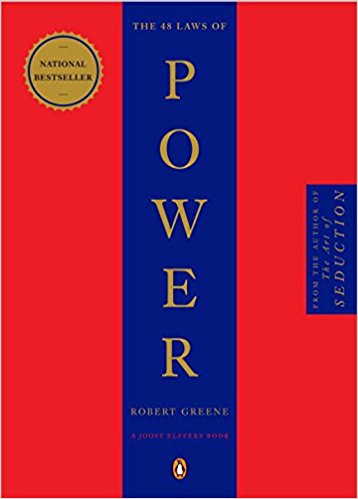 How old are you? Power moveby Ali Scarlett12 mins ago