Leadership is not only crucial to lead groups, but it’s also the essence of seduction.

Women prefer men who are more powerful, dominant, and generally “higher value”, than they are.

And leadership ties all of them together.
Leadership is the best -and healthiest- way to convey high-value, as well as power and dominance.

Strong and positive leadership is how you get laid -or manage a relationship- as a high-quality man. 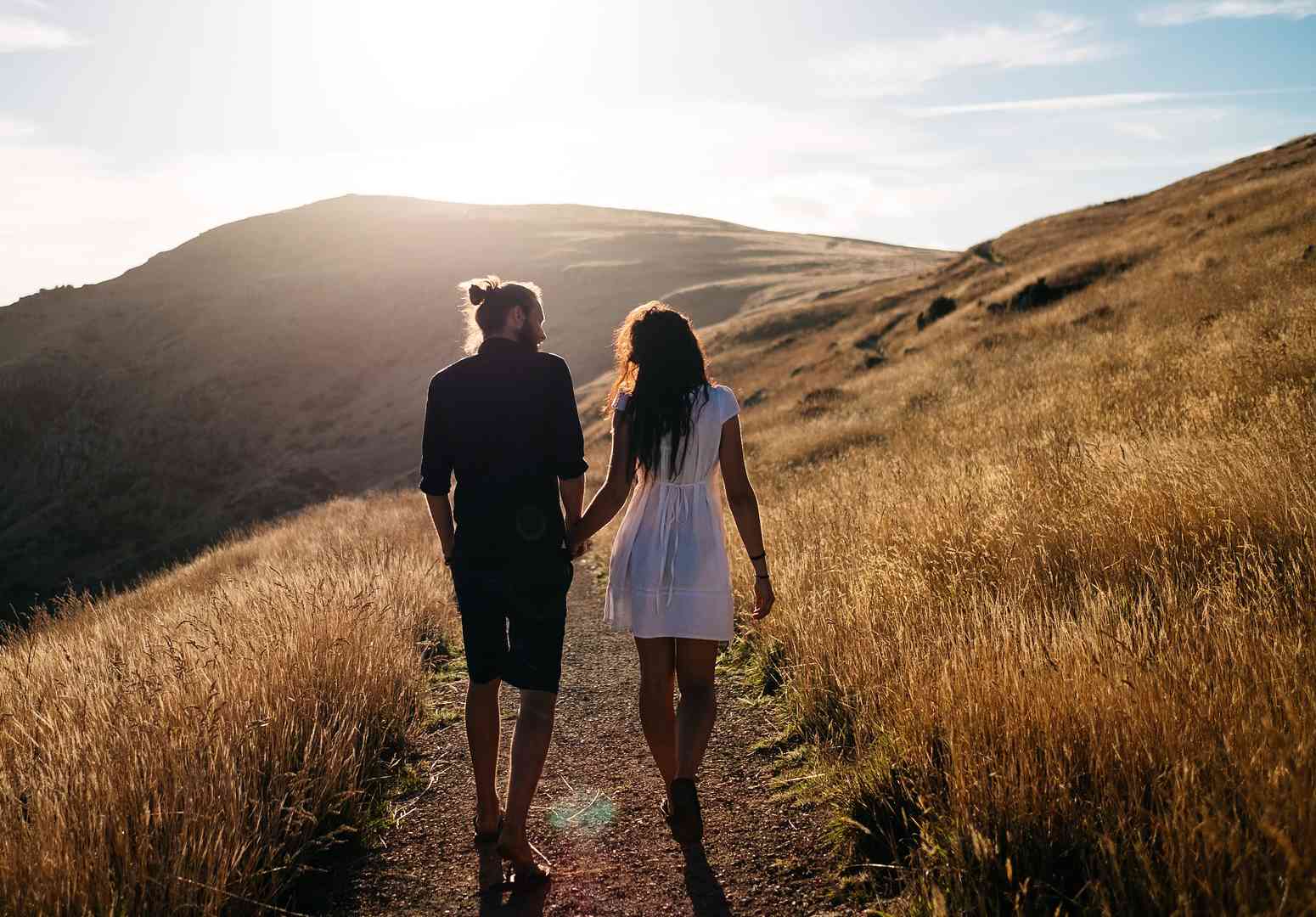 If you a woman to submit in bed, she must submit to you outside of it

Indeed, sex can be seen as the final act of submission.

Of course, there are exceptions to almost any rule, and there are cases in which women do most of the work.
However, the vast majority of the time, women are passive and want the man to take charge.
That’s why, albeit sex might happen without his leadership, good and proper seduction always requires male leadership.

And the opposite is true: there is no seduction without leadership.
If the man doesn’t lead, in most cases, the two stay put and the seduction does not happen.

She accepts your leadership, your authority, your power over her, and things look golden for you.

Some signs that she accepts your leadership are:

If she refuses your leadership, you have little chances of seducing her until she changes her mind -but hey, you can still be friends :)-.

One or two times of her refusing him might not spell the end of the seduction if he knows how to recover. But if she refuses him too many times in a row, it starts looking bleak for him.

That’s why men must assess the likelihood of her following his leadership before actually leading her.
It’s best to be strategic and lead when you feel she is likely to follow your lead, instead of asking too soon or too much, and getting denied.

Read an example here in the forums.

How to Lead & Seduce

General principles to make her want to follow your leadership:

How to Become More of A Leader

Being more of a leader outside of seduction will also help you to become a more effective leader when it comes to seducing.

Here are a few tips: 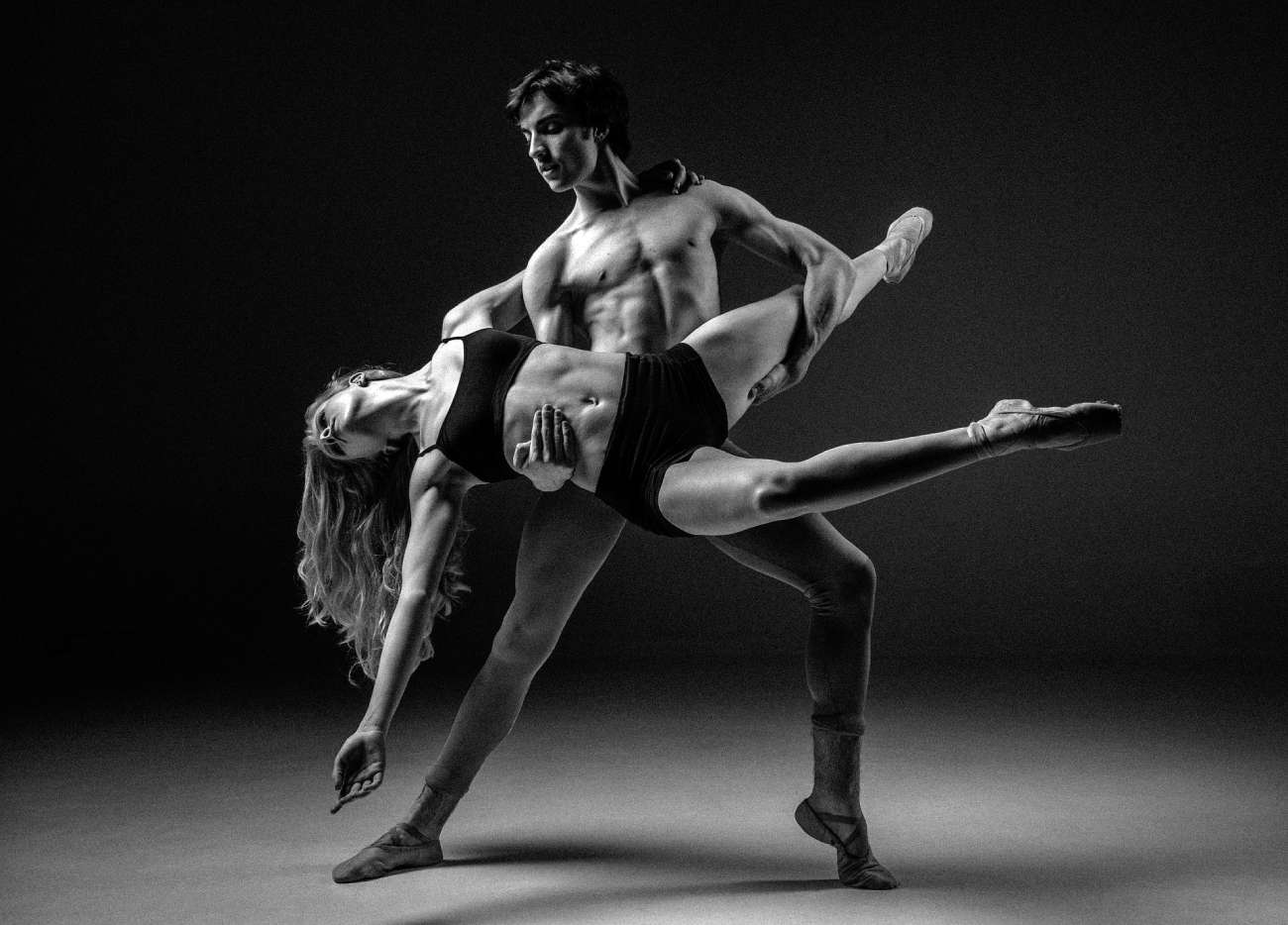 You task a girl when you tell her to do something.

A woman who executes his tasks communicates she accepts his leadership.

And if she keeps accepting his leadership as the relationship progresses, chances are she will accept him as a lover as well.

If you have seen the movie Scarface, Elvira constantly rejected Tony’s advances.
But by this scene, we know things have changed. Why? Because Elvira is doing what Tony asks her to do:

She prepares him a drink when he asks. And she sits next to him when he asks.
Both are examples of her accepting his leadership.

Executing your tasks is not just the sign that she likes you. It also increases attraction.
That’s why it’s so crucial that you’re not afraid of telling women to do some small things for you.

Moving Forward Is Winning, But Winning At All Costs Can Be Losing

You generally want to appear self-assured and you always want to be high-value.

There are no doubts about that.

But avoid getting into a mindset that you always have to win, “show your strength” or “control the frame”.
That leads you to operate from a bad mindset. “Having to win” is poor leadership, it’s defensive, it’s not nearly as effective, and it’s potentially abusive when taken to an extreme.

Look at this scene from “The Nights of Cabiria” as a poor example of dominance and leadership:

Some of his moves, like ignoring her emotional outbursts, are great.
But overall, he is too curt, aggressive, disrespectful, and haughty.
The man is dominant and he does behave like a strong leader. But it’s a poor leader.
Ultimately, she follows him because he has sky-high sexual market value. But a higher quality, self-respecting woman would have probably dropped him.

From a seduction perspective, your task as the leader is to move the interaction forward, while retaining her goodwill.
If you make your leadership about winning and pushing her, you sour the relationship. And chances increase that she will eject or reject your leadership.
Again, we go back to the basics: think pull, instead of push, and collaborative and win-win frames within value-adding leadership.

This is not to say that a more forceful leadership style will never succeed, but it meets more resistance and drives away more women.
As a rule of thumb, the asshole-leadership style fares comparatively better for short-term liaisons, but struggles to keep around high-quality women.
The collaborative, tender-defender type of leadership works even better for long-term.

Do you remember the basic strategies of power?

And the article on frames?

They both apply to leadership for seduction as well.
Albeit some women do are attracted to selfish dominance, most women, and most high-quality women, respond much better to a leadership which is both strong and caring at the same time.

Evolutionary psychologist Geoffrey Miller calls it the “tender defender” (Miller, 2016).
But however you want to call it, as a rule of thumb, it’s indeed best to establish your leadership within a frame of team-work and collaboration.

People are naturally selfish, and women have been programmed to also seek men who make it more likely that they and their children will survive and prosper. And that’s why women want strong leaders who can also further their own well-being, of course.
Assholes who lead with only selfish goals in their minds are dangerous to women.

The risk that someone will not follow your leadership, and hurt your ego.

You must be able to embrace that risk, take action anyway, and don’t let it affect you when she might turn down your leadership.
This goes back to mental and emotional control, which we’ve already seen is the true foundation for an empowered life.

Screen For Women Who Want to Follow Your Leadership

Looking for women who want to follow your leadership might be one of the most effective ways of:

When you meet a woman who wants to follow your leadership, it means you met a woman with whom you have great chemistry, a woman who appreciates you and your qualities.

And guess what?
That makes for a great relationship.

Leadership Showdowns and Escalation to Sex

Now we get into more advanced power dynamics.

Showdowns are interpersonal escalations that resemble “power tugs of war”.
How the tug of war develops and ends will have outsized influence over what happens next.

Well, there are leadership showdowns in seduction as well.

Look at this example from Sex And the City and try to guess what’s the crucial showdown moment:

If Harry had obeyed Charlotte’s request to “open the window” the seduction would have likely stopped, going from hot and heavy to slimy and embarrassing.
He would have communicated she is the leader and her task mattered more than his sexual drives. That would have been a huge turn off for her.

Unwavering confidence and dominance can make all the difference between a successful seduction and an awkward mating attempt ending with a sexual harassment (or assault) charge.

Female Approaches to His Leadership

Some women will rarely lead and are very passive in dating.

These women make it easier for men.
They are less likely to screen for very dominant men, but also have a much easier time finding a boyfriend.

And finally, there are socially clueless women who just don’t know how to get a cool guy.
This is one such example: 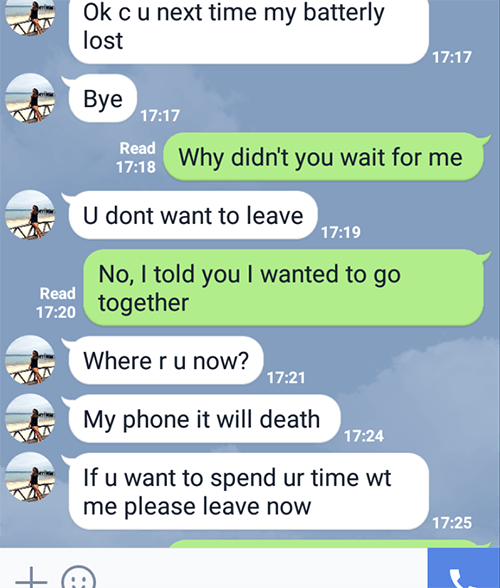 P.S.: don’t date these types of women. They are catty and confrontational and don’t make for good partners.

Adapt Your Leadership to The Culture

Most dating coaches are based in the West.
And their advice is mostly tailored for Western-based men.

However, don’t forget that also dominance and leadership are highly cultural.

Here is a story for you to highlight this point:

More than fifty years ago a young, little countryside girl visited her village on a hot summer day.
A man saw her walking by, and liked her.
He went over, said hi, introduced himself, and asked about her.

Until here, not too different from what might happen today.
They exchanged some pleasantries and then the boy asked her to meet again.

The girl told him that she couldn’t.
You know, she had recently ended a relationship, and her dad didn’t allow her to date so soon again.

You can see all the weight of the conservative culture there.
The bias towards proper courtship instead of “hanging out”. Taking breaks between dating one man and another. And of course, the father approving who and when she was going to meet.

In a more libertine culture, the man might have smelled an excuse, or an easy barrier to break, and he might have insisted. Maybe he might have tried to make her sit with him right away.
That might have worked too, who knows. But in that conservative environment, the odds were stacked against him. And he didn’t want her parents to see him hanging too long around her daughter.

So, the guy didn’t even try.
Instead, he asked the girl: “where do you live”.

The day after, the guy went to visit the little girl at her family’s house. He asked to see his father, introduced himself, talked about himself, and showed he was a respectable man. He said he was serious, and that waiting was unnecessary.
The father agreed, and approved.

That’s how it started.
The two are still married to this day.
And a few years ago, I went back home to celebrate their 50th wedding anniversary.

The story I just told you is how my father met my mother.

Now compare that to how I met meet girls just one generation later.
A world of difference.

Yet, what my father did was extremely dominant and leader-like. But it was bold within that culture and within the type of relationship he was seeking.

What does it mean to you?
It means that your dating and leadership must be calibrated to your culture and your goals.

By the way, you can also see a similar example from the movie the Godfather:

There is no seduction, without male leadership.

Seducing, courting, dating, getting into a relationship… They all require leadership.

And no, it doesn’t require you to be a superman.
You are “only” required to take responsibility for making things happen, and to take action to take the things you want.