The law of optimum balance states that many traits that are beneficial at certain doses turn ineffective, harmful or unattractive at extreme levels of total lack or oversupply.

The law of balance also applies to many traits relevant in dating, attraction, and seduction.

In this article, we will learn how the law of balance can make you more effective at dating and at attracting partners.

Female power has been a central theme in each feminist wave.

And it’s also been a major theme of female dating advice.

Generally speaking, to acquire power and succeed in life, acting and behaving higher power is almost necessary.
So for women who seek power and personal success, the “power-up” advice can make sense -albeit even there, it’s best to mix power with femininity-.

However, things are not nearly as straightforward in dating.

Many female “dating coaches” confuse career success or general personal self-development with dating success and so advise women to be strong and independent.
Just some examples, see “Why Men Love Bitches“, “The Power of The Pussy” or the popular “women dating strategies” subreddit.

As for most general, catch-all advice, the recommendation is not wholly, 100%, bad for all.
Stronger and more independent is a good idea for women who are extremely passive, submissive, and “dependent”. At those extreme levels, there are costs both in dating, and in life in general.
In dating, many successful men don’t want to date total pushovers with no personal opinions. And in life, being wholly dependent, be it either physically, emotionally, or financially, is almost never a good idea.

It doesn’t mean though that swinging at the opposite end is a good idea for most women.

And, in these cases, the optimum balance may not even be in the middle, but more to the left, more towards femininity than towards independence, ambition, power, and dry assertiveness.

Most women indeed maximize their sexual market value at rather low levels of strength and independence:

Men’s Power Has Not Upper Limit

Such as, generally speaking, the more powerful a man is and the more attractive he is.
Some exceptions apply, as they always do. For example ,some women may avoid him out of poor self-estem, or out of fear -which is why warmth is so important in dating-.

Plus, when it comes to 1:1 interactions, men can overdo power if they don’t add enough warmth, and send her into self-rejection.
So even there, a balance is important for optimum dating (see “straight line seduction” for more).

Still, when in doubt, the answer for men is to go back to the general rule of “more power, is generally better”.

When we talk about “masculinity”, the law of balance is back in business.

Many male dating coaches -and all red pill-inspired ones- often encourage men to be “as masculine as possible”.
And, again, that’s generally good advice.
Much better than women’s advice, for that matter.
Contrary to most women, many men gain by being, acting, and thinking more like a typical masculine man. That is because, generally speaking, the optimum balance for masculinity is more on the right side of the continuum while most men are either in the middle, or before the middle of the curve.

However, that’s not to say to be “as masculine as possible“. Some traits related to “manliness and masculinity” do have threshold points.

The threshold for apparently positive traits is so frequent that researchers came up with an overarching theory to tie all those strikingly similar “optimum intervals”. In an apparent effort to make it as un-intuitive as possible, they called it the “inverted-U hypothesis of masculine traits”.
The description of the hypothesis is textbook “law of balance”:

Women will not prefer mates with extremely high and extremely low levels of masculinity (e.g., muscularity, facial masculinity, shoulder-to-hip ratio, and chest-to-waist ratio). (…) Men with moderate to high levels should be preferred most as mates

Whether the hypothesis is true and why that is the case, the same trend is seen across several traits.

Most men naturally miss it because they judge men as men, and think that women are the same.
And albeit men and women certainly aren’t different from different planets, they’re also different enough.

And one major difference is that women have a much lower threshold point than many for many traits associated to masculinity -or, in red pill parlance, with what makes a man “alpha”-.
Men make the mistake of thinking that what makes other men seem more dominant or masculine also translates 1:1 to attractiveness to women. And while that is true up to a certain point, it certainly is not a 1:1

Instead, what makes a man more dominant stops making him more attractive after a certain level.

Many masculinity-related traits have no upper bound when it comes to portraying dominance and getting respect by other men.
However, that’s not how it works for female attraction, which instead follows the law of balance. Female attraction does have threshold levels after which attraction starts decreasing.

Speaking of muscles, since so many men pursue them, let’s take them as an example.
To a man, the more muscle mass another man has, the more dominant he appears. Men tend to respect, even fear, the “big muscle guy”.

Marketers learned that over time as well.
That’s how you get to “incredible hulk” aberration. Hulk is not to sell to women: for that Ryan Gosling and Brad Pitt are more than enough. Heck, even scrawny Di Caprio in Titanic was super attractive to many women. The incredible hulk isn’t that “incredibly attractive” to women, though. Hulk’s physique is to impress and sell to men.

Let’s take a study called “Why Is Muscularity Sexy?” as an example.
In one of the experiments the researchers drew figures of men going from thinnest, to “most jacked”:

The resulting curve of attractiveness was an almost perfect “optimum balance curve”:

The result would be much different if instead we had men answering “what physique conveys the most dominance and power”, as most men would choose the most shredded one.

And the same is true for many other “masculinity-related” traits.
Same for women’s traits, by the way, with the hourglass shape and eyelashes length also following an “inverted U distribution”.

Generally speaking, many traits related to attraction have “fat tails”.
That means, there are a lot of outliers who also like the more extreme versions.

Sometimes, outliers at a population level are instead more the norm within subgroups.
For example, while older and more mature women prefer the more masculine types, many younger girls prefer the feminine types.

The Allure of The Feminine Man

The “stereotypical alpha male” may be the “safest bet” when it comes to attraction.

But it would be a huge mistake to think that’s the only way to win at dating.
The fat tails of many attraction-related traits mean there are a lot of exceptions, and many outliers.

For example, many women, and especially many younger women, who also happen to be at the peak of their sexual market value, prefer more feminine-looking men than the stereotypical “alpha male”.
It’s not a coincidence that almost all boyband male stars are feminine-looking: it’s because many younger women prefer that type.
And there are plenty of exceptions among more mature women who also find the more androgynous type attractive.

We already explained here that while dating high power is generally great for men, you don’t want to go so high-power that she feels “not good enough for you”, or too disempowered and demeaned.

And, the best balance, is by mixing power and warmth:

For women, it’s the feminist-inspired “be strong and independent” and for men, it’s “be as masculine and powerful as possible”.

Those extremes may sound effective or logical to some, especially for men, but they’re neither logical, nor effective.

Both men and women who go for extremes often date sub-optimally.
But since the threshold levels are different, it’s women who pay the highest price.

Generally speaking, the optimum balance for popular traits such as strength and independence for women is rather low, so most women acting strong and independent are harming their dating returns.
And the optimum balance for masculinity traits for men is high, but not “as high as possible”, so a few men are harming themselves by over-acting as masculine and dominant as possible -and especially so when it looks like over-compensation-. 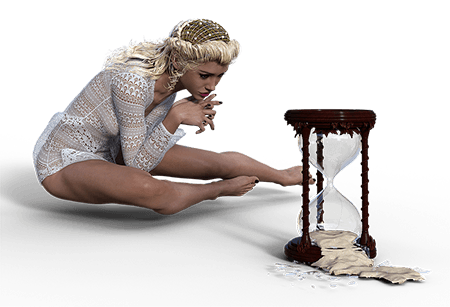 Confusion around "Love": definiti …by Maverick14 hours ago