Sexual escalations are one of the key transition phases of any seduction.

And it’s one of the toughest ones to learn.

Luckily, in this article we are going to learn exactly how to sexually escalate with women, in the most effective way possible (proven and tested).

This is the issue that stumps most guys:

You seldom get a total green light from a woman when you make your “first move”.
Many times instead, you get a lukewarm reaction, or even a rejection.

And how you handle those “less than total green lights” makes the difference between successful seductions, and failed ones.

At the highest level:

The more you get rejected, the more power you lose.

And the same general principles of power dynamics apply to sexual escalations:

For example, men who try incessantly without moving forward expend lots of effort without results. And men who get emotionally affected “thread-expand” those rejections and spoil the mood.
In both cases, the frame of you (unsuccessfully) chasing and she refusing becomes stronger.
And the stronger that frame becomes, the more power and attraction you lose.

That also applies to “token resistance” from women who otherwise like you.

So, how do you properly escalate to sex?
This is how:

So simple, yet so foundational.

When you start too early, you’re almost bound to get (strong) rejections.
Starting too early can derail seductions even with women who liked you, but needed a bit more time.

1.2. Mindset: Think Of Your Place As A Seduction Alcove

Some men equate their place with quick sex (I was one of them).

That mindset frames any resistance or delays, no matter how reasonable and genuine, as “games” and “unneeded waste of time”.
Albeit this mindset can lead to fast intimacy, it also makes you less effective with women who simply need some more time and comfort.

Better than to view your place as “another step along the way of seduction”, a “place to savor and deepen your intimacy” (in the larger sense of “growing closer”).

1.3. How To Gauge Her Readiness Before The Move

Here’s what to look for:

Women can use clothes as barriers.

If she keeps, coat, mask, and shoes, she might not yet be fully comfortable.

Conversely, when I see a woman who’s down to her sundress… I know that she’s comfortable and probably good to go (I take her right then and there and rarely have any resistance).

Women who walk around and touch things are often excited.
Make a move building on that excitement, and things often move fast.

Talking communicates either comfort, or an effort to reduce internal tension.

Both are good signs.
Make your move.

Does she place something on her, between you two (including empty space), or pulls her skirt down?
Those are attempts to have barriers between you two.

You can think of “big move” VS “baby steps” similar to “direct VS indirect approach“.

Direct approach is ballsy and if it goes well, you’re flying.
But indirect maintains your power in more situations.
And when you’re not sure, it’s better to maintain more power.

Same for escalation: if you’re not sure, start with a “smaller move”.
If it won’t well, smaller move equals smaller rejection. So it won’t hurt you as much. And you can more easily and smoothly minimize it and move on.

Finally, baby steps also allow you to test her buying temperature, rather than just observing.

A guy I know has a shisha home.

He uses it both as a “seed” to invite girls home, and as a prop for baby-stepping.

He takes a drag himself, looks at her as he exhales, and says “smell the scent”.
Then he blows shisha smoke from mouth to mouth with his hand in between. Then removes the hand and goes for the mouth-to-mouth smoke, then makes out, and then takes it from there.

Here’s how to use baby-stepping for both escalation and “gauging temperature”:

Start light, and see how she reacts.

If at home, wrap your arm around her, see how she reacts.

Get up for something (glass of water, restroom, or getting something).

Then sit closer to her when you’re back.
See how she reacts.
If she stays, make your move a little later.
If she pulls away, spend some more time.

In-between places are places between your date and your place.

For example, if you got an elevator, lean in and kiss her neck in the elevator.

As soon as you kiss the neck, pull away so she knows you’re still “normal”.

If she stands still, it’s a good sign. If she caresses your or gets closer, you can start escalating as soon as you’re home.

If she resists a little bit, make her more comfortable before you start escalating.

From my experience, a girl is more likely to well-receive your first move in an elevator, than at home.

Move closer to her face, or run your hand on her thigh… But pull back first.

Do it a few times, then go all the way.

Tip: If You’re Starting Out, Escalate Sooner Rather Than Later

If you’re afraid of making the move, then learning is higher priority.

In that case, make your move early.

As a matter of fact, give yourself a timer: make your move within 10 minutes.

3. Use A “Slow But Steady” Tidal Escalation Process

Tidal escalation means to forge ahead in baby steps, slow but steady.

Neither baby-stepping nor tidals are my favorite approaches.

But they’re our #1 method for sexual escalation because they’re effective.

When a woman is hot and ready you can take her hand and move (almost) anywhere to bang.
The thing is: tidal escalation ALSO works with those women.
Just a little less fast and maybe less power. But you still get there.

Where this approach makes the difference is with women who are on the fence, potentially warming up to you, but need some more time.
You lose many of those women if you go too fast or too dominant.
But you can get together with a large number of them with the tidal wave.
And that includes a lot of shier, more girlfriend-material types of women.

The tidal wave is the perfect analogy to move forward, but without big jolts that can derail the seduction or spoil the mood.

Early pick-up artists talked about “2 steps forward, 1 step back”.
It means that you make your move not to go all the way at once, but simply to advance.

In a perfect tidal escalation you want to pull back before she resists and rejects you.
Then, when you re-initiate, you go further than before, without ever prompting her to stop you.
Rejections are fine, but still… Getting intimate without ever being rejected is a good “ideal goal” to aim to (and might as well be the “ideal seduction”).

What I used to do in Berlin was to:

This escalation process is effective because it self-calibrates to move at the right speed.
Resistances are smaller resistances to smaller steps, so they never frame me as over-chasing, never spoil the mood, and never derail seductions.

*You can swap “lights” and “speaker” for whatever you have, albeit I do recommend a phone-handled controller so that she can get close to you.

Better than reacting is participating.

When the woman participates, for example, hugs you back, that’s a far stronger signal than just “not moving away”.

As mentioned already, we advise that you even ask for her participation.
For example: tell her to switch on the lamps, take the glasses, open the bottle, or pick a song.

This was a “first date at home” arrangement.
And, generally speaking, first dates at home tend to be tidal waves (and it’s best to approach them as tidal waves).

Notice that it’s a full 1 hour 10 minutes before I make a move.
And it’s another hour before I make the “final move” of moving to the bed.
It was probably over-conservative and an earlier move would have been totally fine -or even better-.
But as long as it’s not so long that the mood and chemistry fizzle out, you’re good.

You can listen to the audio here:

Notice that as the escalation gets more intimate the talking time is not only briefer, but also with a lower tonality.

When things heat up, increase the intensity

The more things heat up, the fewer breaks you want in between your moves.

When it’s “on” you can then make the final move to go for full sex.

90% of the women at this point should be good to go.

For the most conservative, still the same: stop and chill for a bit.
Then re-initiate.

You then move to the bed when:

Kiss The Neck, Not The Mouth

The kiss on the mouth feels like a “big move”.

That increases the odds of rejection, and it’s a big deal rejection -she does not want to kiss you-.
Bad for power dynamics, bad for attraction, and only leads to more resistance down the road.

So kiss her on the neck instead.
Feels like a “smaller” move, allows you to better gauge her reaction, and has higher chances of being accepted.

Also, if you’re moving quickly and/or going for the lover strategy, you don’t need to kiss at all.

Generally speaking, we don’t recommend kissing on the date.

But there are exceptions.

If your place only has a bed or ugly single chairs, it might be a good idea to escalate more before going back home.

That is because the jump from “date” to “sex location” is huge when she enters a new unfamiliar place and a bed is all there is.
Sitting at the bedside might work, but the odds that she will balk, refuse to enter, or want to leave ASAP are just higher.

So if you can’t baby-step at home, start the sexual escalation before you go in.

Sometimes you can even verbally state those mindsets.
They’re very eagle-like, so they’ll often give you points.

Token Rejections Are A Mating Dance

Initial rejections are often part and parcel of the mating process.

Some women will put up token resistance during sexual escalation even when they’re making the moves themselves.
Once a woman sat on top of me –she did that- and pushed her bra down –she did that- for me to kiss her breast.
All the while she kept saying “no, Lucio, no” (for women reading here: avoid doing that).
And then more last-minute resistance (LMR) when I moved her to the bed.

So some initial rejections and/or LMR are often unavoidable with some women.
The goal is to avoid seduction-damaging rejections and endless last-minute resistances, but the goal is not to avoid rejections or LMR altogether, at all costs.

Best of all, is to enjoy them.
As Casanova said:

A little resistance sharpens the appetite.
When favor is granted with too much ease it loses a great deal of its charm. 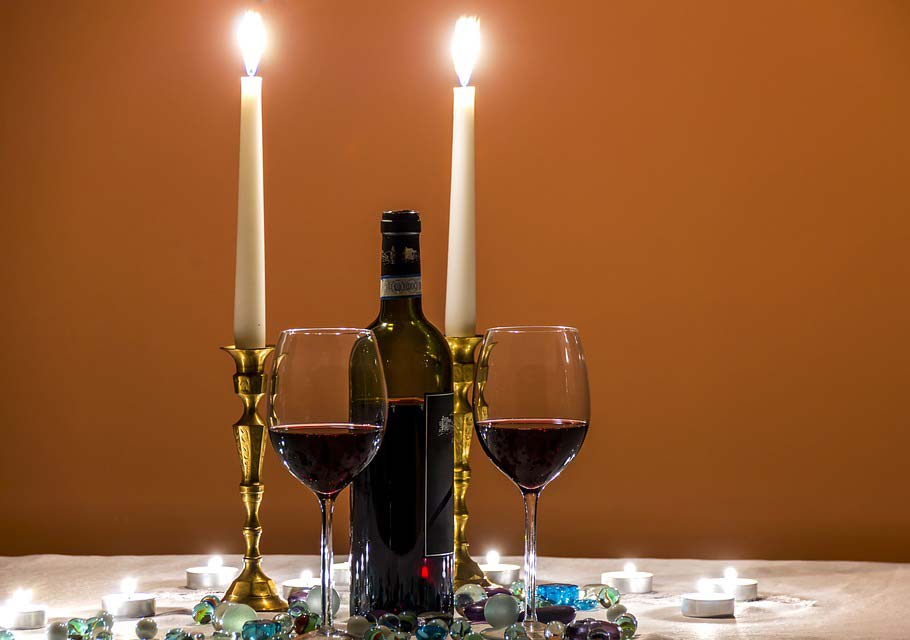