Who pays for the date?

Should the man pay for the date?

… At least the first date?

Or should men and women split because it’s the 21st century?

Frankly, dating etiquette and “who should pay” is not our priority here.

We’re more concerned about what’s effective.
What’s more attractive, what increases the odds of intimacy, and what are the red signals of “poor check behavior”.

So let’s learn what’s effective when it comes to paying for that date.

The First Rule Of Tab

As a general rule:

Do dates you’re comfortable with, and that you can comfortably afford

Do what you’re comfortable with, including financially, and you’re good.

And as long as you make the payment natural, it’s either a non-issue, or a plus.

Now, that being said, if you need more “rules to pay for dates”… Keep on reading.

How to Handle The Bill

Here are the “tab rules” for dating effectiveness:

1. Do Inexpensive Dates: stick to place you can comfortably afford

And if you want to take it one step further:

Pick date venues where the bill means nothing to you

For most guys, that’s coffee, bars, ice cream, or parks.

Restaurants are also OK.
And frankly, you should strive to be at a place where you can afford most restaurants.

But if you’re not obviously wealthy I recommend generally avoiding luxury places.
Unless you often visit or truly enjoy luxury places, it will look like you’re trying to impress her. And that’s bad from a power dynamics point of view.

Plus, if you’re not comfortable with the prices, it will register in your body language.
And that’s highly unseductive.

Some exceptions apply if you’re purposefully using wealth to get quicker sex, or to “punch above your weight” (see “archetypes of successful daters”).

2. Do Simple Dates: with the focus on you two, not the venue

Same as for the general rule:

Do what you’re comfortable with.

There is nothing inherently wrong with fancy places…

… As long as you like them, can afford them, and can handle the situation with skills and power.

The big issue is if you’re unfamiliar with those environments, and then it becomes obvious that you’re trying to impress.
The vibe becomes stilted and fake.
It becomes an invitation to fake and pretend, rather than open up and bond.

So if you’re not used to fancy places, avoid the fanciness to impress.

Instead, do beer, coffee, drinks, or a meal in a place you’re comfortable and familiar with.
Somewhere where you can get to know each other.
The better you have become at dating, talking, bonding, and generally displaying high-value, the more you’ll gain with a simple “get to know each other” date.

A walk without buying anything is also an option, but usually better to sit down at least once.

BUT… Do Fancy & Expensive Dates If You Can Display High Status

The general advice of simplicity applies to most guys.

But if you worked yourself to a level of high power and social status, then do fancy and expensive whenever you can display high status in the environment.

As a matter of fact, there might not be easier seductions than taking her to a fancy and expensive place, and display status in that high-power environment.

3. Pay if you invited her & picked the place

This is our standard date model:

She’s already followed your lead by agreeing to your place.

And she’s already investing by traveling to the location (you’re not investing as much because you like and know the venue, and because it’s near your place).

This is solid win-win dating: you lead, she invests, you invest, you both move forward together.

There is power in paying.

Best of all, make it like it’s no big deal (see more below).

5. If she earns more than you & it’s obvious, split

Pick up the bill and say “shall we split”.

Do NOT let the bill sit there waiting for her to pick it up as some guides recommend.
It’s not “socially powerful”, it’s relinquishing leadership.
And you always want to lead in dating.

5.2. If you’re in dire straits, do free dates. Or say so before, and let her pay

If you can’t afford a date, do free dates, or say so before.

It might take a lot of pelotas to say that you can’t afford a restaurant beforehand, but if you do it well, you can gain points. You gain in courage, first of all, in honesty, and you can also frame yourself as an artist, an idealist, or as “working for future success”.
Don’t go into debt for dates.
First dates are for assessing each other, not for making debt.

It’s your duty to take care of yourself and set your finances in order.

Absolutely avoid reaching the “bill time” and ask her to pay.
… If you want to date effectively, at least.
If you wanted to scrounge a meal, that might be the best way. But this is not a guide to avoiding starvation :).

6. If you’re at the same income level: pay, split, or ask her to tip

If you invited her and picked the place, pay.

Also good: tell her to “leave a tip”, which is a great test of character as well.
See:

7. If she insists to pay, let her (and say you’ll take the next)

Sometimes women will insist to pay for the date if:

In these cases, if they insist, don’t make it a battle.
Remember, you never want to make paying a big issue because paying for the date shouldn’t be a big issue, no matter who does it.

So let her pay the bill, say “thanks” nonchalantly, and take the next.

Then walk or keep talking about something else.

8. Let her pay if it’s a 2nd date and you paid the 1st, then offer whatever comes next

The general rule of multiple dates is:

You want to be paying more or more often, but you want her to chip in.

Exceptions always apply of course, but it’s a bad sign if she can afford to pay but doesn’t ever offer to pay anything.
It’s an even bigger red flag when you’re around the same socio-economic class, because it means that she will expect you to pay for everything going forward, while she saves her own money (it’s a taker, and potentially highly manipulative attitude).

Of course, exceptions always apply.
For example, if you’re very wealthy and she’s a student, just pay it all and you’re still in an attractive, high-power frame.
Or if she’s higher sexual market value than you are, then picking up the tabs might simply be the price to be with a higher value mate.
Whether you’re willing to make up for that gap with your money, is your call. But it’s fair to pay more in those cases.

Dating is a way to assess people and character.

And the “tab behavior”, or the behavior she displays when it comes to paying, is a great way of assessing her general character.
Plus, it’s a fantastic tool to reliably peer into a future potential relationship.

She “distracts herself” at bill time: not good

Humorous example from “How I Met Your Mother”:

Waiter: (leaves the bill)
Her: (sips the wine, looks away, pretends to be lost in thoughts)

It’s not the worst if she traveled to meet him.

But if the date was sputtering, then it’s also fair for the man to think he lost his time as well.
Plus, the turkey-level gaming behavior of pretending not to notice screams “small-time manipulator”.

She “slides the bill towards him”: bad

What’s even worse is women who take the bill… But slide it towards you.

They are assertive and high-power enough to take charge, but they use that self-confidence to make him pay.

That’s a strong sign that she will expect and demand that he takes care of all the finances (and her expenses).

She manipulates to make you pay: the worst

Generally speaking, any game that pushes you to pay is a nasty game, and red-level power move.

That should preclude her from any meaningful role in your life.

Some of them include:

Where “gentleman” means paying for a woman.
That type of game is so cheap, that I’d even say never to enter a relationship with a woman saying that. You can’t turn a low-level game player into a high-quality woman.

Another cheap game after a first date:

Her: next time we go somewhere good

She’s sub-communicating that your choice wasn’t good enough for her, so you need to step up the expenditures.
If there is a next time, you go where you say because you pay. Better yet, end it there.

An annoying game we saw already, coming from an online dating match:

She actually makes a good point.
Generally speaking, it’s good form for the person who invites out to pick up the bill.

But HOW she goes about it is a confrontational, small-time manipulative, unpalatable no-no.

The key question is:

How should you pay so that you come across high-power and attractive?

This is an issue for several guys.

Especially the ones who read red-pill advice and who are careful about investment levels.

Being careful is a good thing.
And being taken for a ride is a bad thing.

So you, absolutely, do NOT offer free food and drinks to women who have no interest in you (we don’t exactly like leeches and value takers here).

As for everything… Balance.
Don’t let the rare outliers lead you astray.

There are far more shades of grey in the world than blacks and whites.

The women who come out for food and drinks only are a minority.
And especially so if you’re working on yourself to become a higher value man (ie.: the cooler you are, the less you must worry about gold diggers);.
At the other extreme, few women will come out 100% dead-set to will sleep with you, or seduce you into a relationship.

Most will come out to the date to assess and see how things go.
And cheapos have never been great seducers.

So when you’re over-afraid of gold-diggers, you’re actually shooting yourself in the foot.
Big time.
You’re letting a very few bad apples spoil your mood, get you on the defensive, and treat every single woman as if she was out to swindle you (of a few bucks, something that shouldn’t even worry you at all).

See Seduction University for more details on how to shed that defensive mindset, plus how to handle those rarer but still possible “true bad apples”. 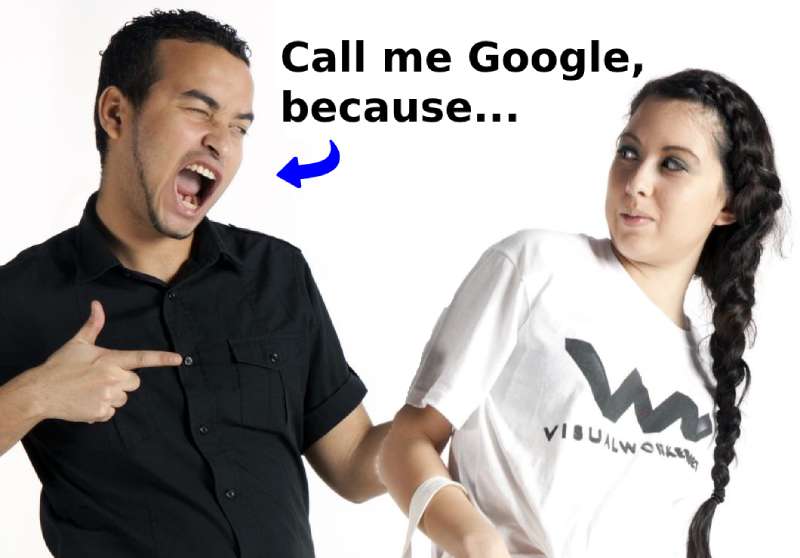 Are we self-development nerds?by Kavalier9 hours ago

I am pleased that you are pleasedby Bel12 hours ago