The Manual is a dating book for men. It has some good mindsets and dating advice mixed with some less good content.

Contrary to most dating coaches, W. Anton says that knowing the theory is more important.
Once you internalize the correct mindsets, your actions will follow naturally.

Men and Women Are Equally Valuable

The author says that our society tells us that women are more valuable.
And that’s why men chase women, buy them gifts and generally treat them like hot and rare commodity.

He says it’s because putting women first is good for society and societies that cherished women beat those who didn’t.
So today we only have societies that idealize women.
The culture in our society is to kiss up to women, but that’s not effective in actually sleeping with women.

My Note: Simply Not True
This is made up evolutionary psychology.
It’s not true that men and women are equally valuable, and it’s not just socialization and culture, but also nature.
Also read:

If you want to be good with women, the author says, you need to ditch that mindset that women are more valuable and put yourself first instead.

My Note: Adopt Correct Mindsets
There is nothing wrong understanding that women are on average more valuable than average men.
As long as you aim at becoming a high-value man, you don’t need to worry about the average.

There Different Standards of Beauty for Men and Women

W. Anton says that men and women are judged on very different set of standards.

It’s not that men are more visual, it’s that all that matters about a woman are her looks. To reproduce effectively she needs to be a female, young and have a good body.

For men, it’s different. For men being young is of no significance.
A man to be attractive must be born a male and be less vulnerable than females.
And the latter is not a quality you can see in a picture.

My Note: Not fully true
The overall point he makes is not fully wrong: women are more heavily judged simply on the basis of looks.
But it’s not true that looks or age don’t matter in a man: they still do.
Also read:

And that’s why, the author says, your height or looks matter little to women.
It’s more about making them feel safe and secure and being strong.

W. Anton says that from an evolutionary perspective protection is the number one priority during pregnancy.

And that’s why women are attracted to men who look stronger and less vulnerable than they are.
So, sorry Brene Brown, but it looks like to get women, men can’t really be vulnerable :).

My Note: there are exceptions
I do agree actually that men shouldn’t look too weak.
However, this is also a generalization. Some well placed insecurities and vulnerability can make men even more attractive (read: seduction techniques you wouldn’t think work).

The author defines confidence as:

The ability to appear certain by tolerating uncertainty. To be dominant, optimistic, and courageous with women, and never act intimidated by them.

I fully agree with the second part.
I don’t buy into W. Anton’s first part of the sentence though. Indeed, he stresses and repeats that confidence is about appearing to be certain.
Even when you’re not.

Trying to show yourself certain even when you’re not will make you look like an idiot when eventually you are found out for a blow hard who didn’t know sh*t.
In those cases, you are better off relying on the strength of a philosopher’s frame. Also read:

The Manual makes the point that to attract women you have to put yourself first.
It’s not about being domineering and controlling, and you should actually be protective. But not to the point that you are inconveniencing yourself.

I kind of agree here.
However, don’t make it a big rule. If you are a cool guy, a good act of chivalry could easily give you point.

Also keep in mind that taking care of others is a major leadership quality (Leaders Eat Last). And women love leaders.

I liked this insight on not explaining yourself.

The author says that insecure people volunteer explanations for their actions or motives. Telling people why they did what they did or said what they said.

Get rid of it because it’s very insecure.
Women will test you, and sometimes try to push you on the defensive. But you must remain steadfast.
Also read:

I don’t think it’s that straightforward and some good banter, especially initially, helps.
But Anton had me nodding there: a very very good point I had never thought of.

W. Anton recommends you do not brag about being a womanizer or wanting to enjoy many women.
There is nothing special for the woman being one in many and it means you are no longer selective.

They might still be attracted to you, but it will harder for them trust you. And if you cannot make them comfortable and come across as trustworthy, you won’t go far.

The point, he says, is that women want men that other women are  interested in. But not men who are interested in all women.

That’s quite genius there and deserves a quote:

Women want men all women want; not men who want all women.

A big tenet of “The Manual: What Women Want” is direct communication.

He says you should always:

However, women communicate the opposite way: indirectly.
So you should look for the significance behind her words. For example “my feet hurt” means she wants to sit down. Or if you are at home, you can interpret it as a green light for a foot massage. 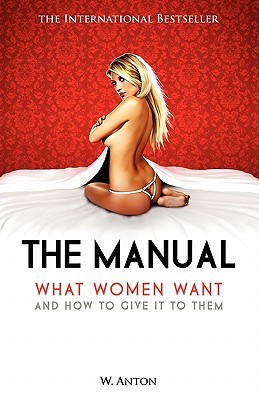 There are quite a few applications to real-life from The Manual.
But the one I liked the most is this:

Attempt but Don’t Lose Interest
It’s OK to attempt to bring a woman home early, but don’t lose interest if your attempt fails.
I find that after a woman initial refusal I lose a lot of interest and that hasn’t served me too well. I will heed this suggestion whenever it fits the situation.

Poor Evolutionary Psychology
There is some made up evolutionary psychology that the author pitches for facts.
For true facts, pick one of these:

Some Bro-Science Typical of Low-Level Manopshere Blogs
The Manual has some of the stereotypical, negative manosphere traits.
Such as:

(…) the majority of the public consists of unattractive people who would rather not hear that they are unfit for survival or at the mercy of genes.

Indeed, by simple mathematical properties, it’s true that most men are average. However, I am not particularly fond of how the author describes it.

He then goes on mocking “clueless researchers” for sitting on labs donning white coats while studying women. Again, he is social-climbing on others to look better.
Honestly, the author could have done a better service to the readers if he had actually read some science before talking about science (something nobody forced him to talk about it and he could have just based his book on his personal experience).

Some Bad Dating Advice
In my opinion The Manual has quite some bad dating advice.
Including:

The author recommends that if you want to talk to a woman in a group, you should walk straight to her in spite of whatever is happening in the group.
He says:

By doing this, he completely invades the personal space of the group, interrupts the conversation (..) demonstrating his confidence loud and clear.

That’s not confident, it’s socially inept, and it also demonstrates a major lack of social intelligence.
And while it can be attractive in some instances, social intelligence is a highly prized quality by many women -especially high quality women-.

Instead, research shows that women prefer being approached from the side.
Anton also says that it’s ideal if a woman has not looked at you before your approach. Terribly wrong. Read how to approach a woman for the full science of approaching.

Really?
In my experience instead it’s highly underrated.

There are situations where you can follow a woman wherever she’s going. However, more times than not you risk looking like a follower, a social burden, and a man with little to do.

I disagree. You’re better off ending yourself instead of letting it sputter and having her eject.

Anton says that you must kiss a woman before you sleep with her.
Of the last 20-30 women I have been with, I think I only kissed the minority of them before having sex.
And since Anton seems so into “being alpha”, Alpha Male Strategies, who markets his style as the alpha-male prototype, says that “alpha males don’t kiss”.

Less Good Life Advice
The author seems to suggest that all men chase “imaginary need for status”, good career and accomplishment for women. He says that once men learn instead how women think and how dating works, then they won’t care anymore for their jobs.
It seems like the author is suggesting men they should not have their own dreams or mission in life, and should not strive to improve their lot. But a ma who is not striving to move forward in life is at high risk of becoming a low-quality man. Even if he successful with women, if he only chases women, that’s more like a lower quality fuckboy.

Men who go places don’t (only) do it for women. Some men are driven and hungry for success in all areas of life, sometimes independently of women.

And finally, there are some men who never had problems getting girls, and that’s why they are free to also focus on other areas of life.

Some Great Gems
W. Anton had more than a few awesome gems here. Some I already mentioned. A couple more are:

It’s also a helpful read for too nice guys, and there are several funny lines.

The manual is certainly an interesting read.

It will teach a lot to  pure beginners and too nice guys putting women on a pedestal.
But also more experienced can come out of it with a couple of great new ideas.
I did have a couple of unexpected “aha moments” and I am very glad I read The Manual.

However, I also had many “this doesn’t make any sense” moments.
And several “this is not true” and “this is counterproductive” moments.

Overall, mixed with the good bits there is too much made up bro-science and some bad advice. And I don’t feel I can recommend it The Manual to all audiences. 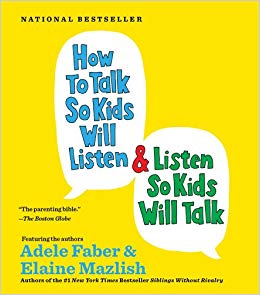 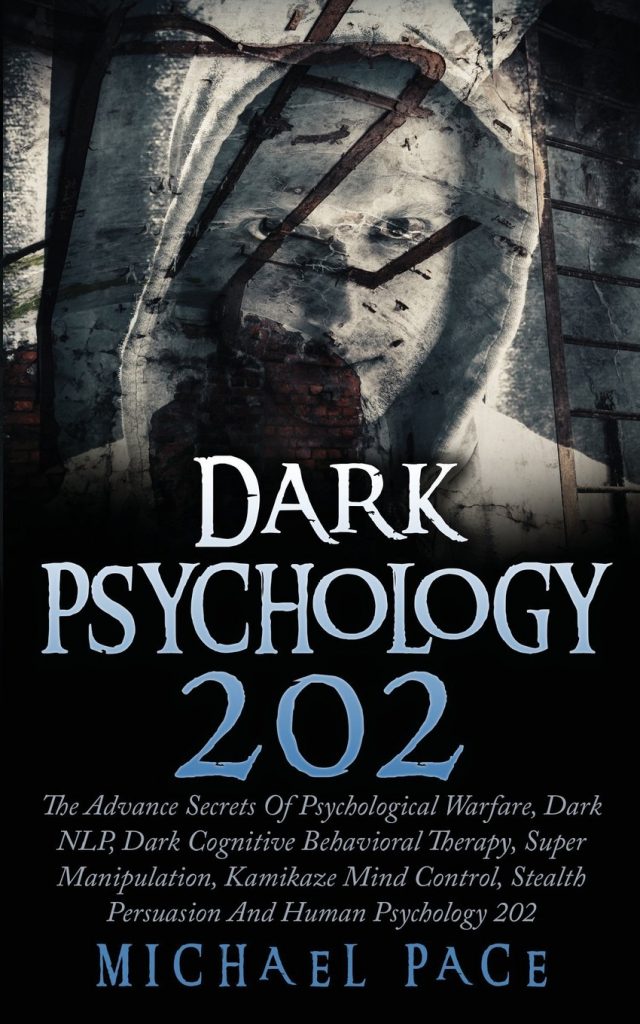 2 thoughts on “The Manual: What Women Want: Summary (W Anton)”

How to handle people latching ont …by John Freeman23 hours ago