“How to Be a 3% Man” is a dating book for men by Corey Wayne. Wayne’s goal with the book is to teach men how to behave and think like high-quality men so that they can date and attract equally high-value and attractive women.

About the Author: Corey Wayne is an American dating coach for men. He runs a YouTube channel with advice on dating, relationships, and “game”.

This is the very basic of Wayne’s teaching.

The main thing I really liked about Corey Wayne is his focus on being a genuine, straightforward man.
Little games, little gimmicks, and no manipulation.

He says that women sometimes learn to be dishonest from their parents, and that much is true.
Also read:

Become the person you want to attract

This quote, modified by me for brevity, goes at the core what being a 3% man means to Corey Wayne:

Women love a guy that is his own man despite what others think of him. A confident man who goes for what he wants in life without fear. A man that is centered, in control of himself, who has purpose, and knows where he is going.
A woman wants a man she can’t have her way with, and no matter what she says or does, she is not going to be able to sway him from his path or from his purpose in life.

And this is how Corey Wayne defines an alpha male:

A true Alpha Male, a man who goes for what he wants and has positive expectations that he will achieve his goals, will choose his purpose and his passion over a woman if faced with the choice. Masculine energy, after all, is about purpose, drive, mission, succeeding, accomplishing, breaking through barriers, achieving goals, etc.

For Wayne that also means that if he must decide between her and following his mission, he will choose his mission.
And that’s what, he says, women find appealing.

Women Will Test You

Corey Wayne says that women will test you.
They will want to test you and push you to see whether you will cave in and show the strength that they wish you have.

Corey Wayne shares a lot of examples from his dating stories in “How to Be a 3% Percent Man”.
For example, a girl called him before his date and said she had to do grocery shopping before their date. But Wayne told her he was going to be there at 7pm and expected her to be there. When she said “I might not be here,” he said “then I’ll take your mother out”.

Personally, I think that approach can either work great, and make her very submissive, or it can backfire badly.
See a few different techniques for women flaking:

Treating her like a lover ensures that you don’t end up being her friend.

How do you treat her like a lover?
While nice guys never make a move, the lover knows that the purpose of a date is to have fun, relax and, eventually, lead to sex.
The lover knows that leadership gets you the woman.
That’s why they plan their dates in a way that is most likely to be conducive to sex.

There shall be no group dates before sex, no lunches and no movies. The idea of a date is to bond together.

Finally, the lover is not afraid of walking away -the early pick up artists used to use the “false takeaway‘ to make her chase. Also read Mystery Method.

My Note: Lover or Provider?
Personally, I prefer the lover approach indeed.
But I think the provider can date equally well, and what’s most effective for you also depends on your preferences and qualities.
Also read:

Most of “How to Be a 3 Percent Man” is highly applicable information to dating and romance.
A couple of ideas I really liked:

Write Down Your Ideal Woman
Write down, in minute details, how your ideal woman looks like and how her personality is like.
Then write a letter to this person telling her exactly what you adore about her, as if she is already in your life.

There is much I liked in “How to Be a 3% Man,” but a few things I disagreed with, including:

Corey Wayne says that chasing is the very act of submissive women and that’s why men who chase are not successful.
Submissive women don’t really take much action themselves. And the dating marketplace dynamics are pretty clear: women are the demand and men are the offer. For the most part, it’s men who need to make the move. And that’s why women rarely chase at the beginning of dating.

With his number and detail orientation, Corey Wayne says that you should sit back, spread out and let women talk 78% of the time while you stay mysterious, say as little as possible and never show your hand.

I agree that strategy often works to make her invest more if she already likes you.
But it can as easily backfire.
Women will not chase men who show zero interest in them. Leaning back and contributing as little possible is at high risk of showing women that you don’t want them, and they might easily write you off.
Much better, in my opinion, is to give something to keep her interest. Don’t lean back but lean in if she does the same. Don’t do your best to avoid talking but contribute and reward her for sharing and qualifying herself.

The author has a very black and white view of men and women, in many ways not too dissimilar from Men Are From Mars, Women Are From Venus and Deida’s The Way of The Superior Man, which indeed he references.
However, as it’s often the case, reality is more complex than “men are rational”, “women are emotional”.
And that’s what was missing here: the fine details that make you go from good to great.

Later one he says that masculine means going to war to defend family -you don’t go to war to defend the family these days- and country and she is more attracted to him because he was willing to sacrifice his life for the country (and for the family).
I very much disagree with that. Women are practical. Men’s ideals matter little to women, and “patriotism” is the epitome of the typical male ideal, but not women’s ideal.

Men who abandon them and their children to go die for an empty ideal of “country” might even gain some points in women’s heart.
But trust me that the men who will be gaining her vagina are the men who do not go die for some random abstraction and idealisms.

Wayne says that men and women are biologically programmed to mate with the most dominant member of the opposite sex (see: hypergamy).

He is right for women.
Women do want more dominant men. The most popular forum topic here is from a girl asking how to meet dominant men.
And you can read here how dominance will help you with girls.

Sometimes I feel like Wayne is a bit stuck in the mindset of “be alpha, be alpha, be alpha”.
When he says to take up space for example, or to lean back or to tell women what to do.
But I also feel that behavior can break rapport with women. And it can come across as insecure sometimes because it’s exactly the most insecure people who swing in the opposite direction to cover up their insecurities (see: alpha male posturing)

For example, he says that alpha males tell women where and were to meet in exact terms, without needing confirmation. Yet I feel that’s bogus and self-defeating because confirming reduces flakes.
When you can write on the same day telling her the exact spot where you will meet it serves as a powerful reminder and much-needed confirmation -also read how to text flaky girls and how to text-.

Similar to the above, I feel that Wayne is too focused on appearing alpha rather than doing what works.

When he said you should not double-check her number is correct, I think he meant you should not look like you are afraid she gave you the wrong number on purpose, which makes sense. Yet if you had a great connection it makes no sense to suspect she would give you a wrong number and it makes sense to double-check it’s correct. I often call her right there and then to confirm and to let the save my number.

There is random psychoanalysis sometimes.
I feel the author has a good self-awareness of how his parenting affected him, but I also feel he is not correct when he says that not hearing “I love you” necessarily makes children insecure. More than insecure, there is a tendency to make them feel approval-seeking, which is different (also read Will I Ever Be Good Enough).

I listed a lost of cons, but there is also much that I liked from “How to Be a 3 Percent Man”, including:

Healthy Approach to Relationships
For the most part, Corey Wayne espouses a healthy approach to relationships.
He stresses the importance of caring, being present and attuned, loving each other and helping each other grow.
However, it’s also too keep his mind that Wayne’s approach is more for relationships rather than for womanizers.

Holistic Approach to Seduction
Corey Wayne say that an attractive men is attractive to all women and what works with X woman is most likely to work with Y women as well. Despite the growing popularity of my article on how to sleep with Thai girls, that’s something I also deeply believe in.

Good Take on Vulnerability
As I said before, I feel Corey Wayne pushes too much the envelope on “being as alpha as possible”, but I also liked his take on “not showing too much vulnerability” as that’s not attractive at all. Especially early on. Also read Vulnerability is Not Powerful.

The more advanced students of social arts and social dynamics might find few blemishes in “How to Be a 3% Man”.
But on the other hand, this is a wonderful book for the vast majority of men who want to cover many of the basics in one single book.

Corey Wayne is somewhat in between mainstream like Mark Manson –Models and The Art of Not Giving a Fuck– and the more “Red Pill” manosphere and pick-up authors such as Alpha Male Strategies, Rollo Tomassi, or W. Anton-.

However, I prefer Wayne’s work to Mark Manson’ as it’s more technical. And I prefer Wayne to some “Red Pill” author as he is free of bitterness towards women.

I personally found a few imperfections in “How to Be a 3% Man” -check the “cons” section-, but it’s an overall solid piece of work.
And for most normal people, that’s all they need to go from 20% to 70-80% and be fine. 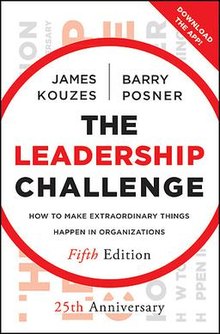 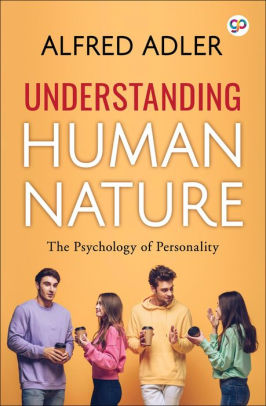 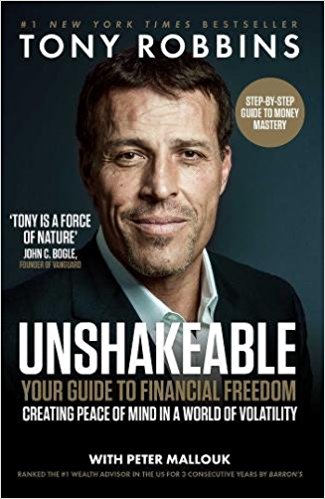